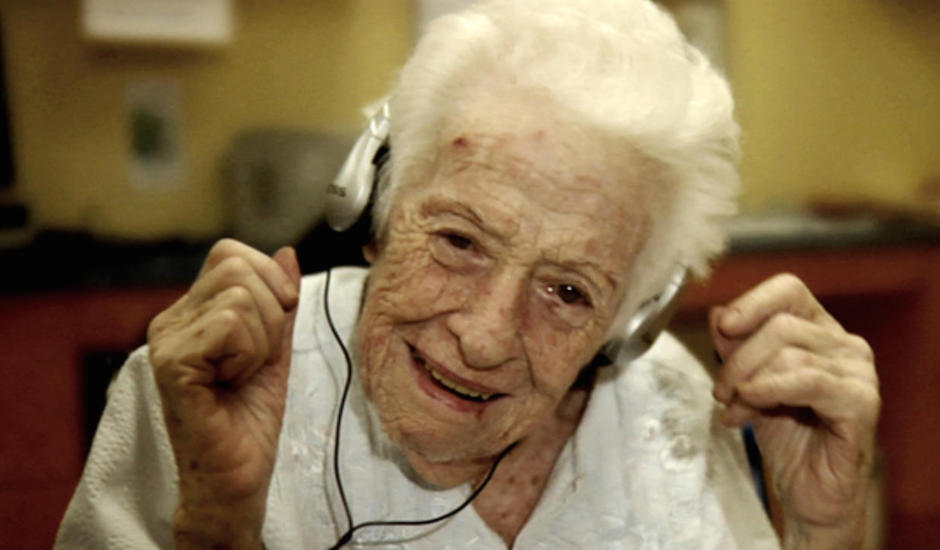 Words by Tom Wolff and Brooke Keogh. Header image from the film, Alive Inside.

When we hear music we are receiving soundwaves of different lengths oscillating through a certain medium (usually the air), yet we know music is so much more than this. A quick search on Wikipedia defines music as “an art form whose medium is sound and silence”. The Oxford Dictionary suggests it’s a combination of “vocal or instrumental sounds (or both) combined in such a way as to produce beauty of form, harmony, and expression of emotion”. They’re just two definitions, in English, that aren’t really capable of capturing the true nature of the phenomenon we call music. Asking the question “what is music?”  is kind of like asking for the meaning of life itself. Music is something different to each one of us but one thing is true; it is inescapable and its effect on the inner workings of our brains may be even more profound than we give it credit for.

Music affects our entire bodies in a manner that is so powerful that we can’t help but wonder; what is actually happening? When we listen to music we feel a pulse that stimulates movement – from tapping our feet to swaying our body, performing a well choreographed tango or breakdancing to hip hop - we have an infinite number of ways to map musical landscapes with our bodies and brains. Remarkably, as Catalyst’s Music On The Brain explores, our brain’s ability to stimulate movement through our motor system occurred as we evolved from primate to human – as well as rejigging our emotional centres, our motor systems were overhauled to respond to rhythm and beat.

We’ve recently learnt a lot more about how our brains – as well as our bodies – map music. As a result of this evolution humans underwent, our brain became able to record experiences and memories through the use of musical stimuli. Our brains can join the dots of our past and music is very often the medium by which we remember an experience or moment in time. As the Oxford Dictionary says, music is “an expression of emotion”. What scientists are now observing is the ability of music to connect emotions and experiences – the cornerstones of our memory.

As a result of studies into music and the brain, revolutionary steps have been taken in order for us to use musical therapy to address the symptoms of degenerative disorders such as dementia or Parkinson’s. The documentary Alive Inside showcases the findings of an American social worker called Dan Cohen. Cohen gives each patient a personalised iPod containing songs that have been identified by family or friends as influential in their upbringing. Patients in Alive Inside are suffering from disorders like dementia and are often heavily medicated and sedated - seemingly ‘dead-alive’. As headphones are placed over their ears, the change is immediate. These familiar songs conjure up raw emotion and a stream of memories previously lost inside the complex web of the brain. Each reaction is so beautiful and immediate that you’re left speechless. It is in these scenes that the inextricable link between music and the brain is exposed.

Oliver Sacks – a British neurologist and pioneer of music and memory research – raises a question; how is it that a human being rendered incapable of recollection by their disease, is able to recall the past with music? How is it that music has the power to allow humans to regain their identity and through their past? Professionals of scientific and musical fields alike are investigating questions not dissimilar to these yet, it’s a case of the more we know the less we understand.

Many scientists hold the belief that music actually evolved from an earlier system that was largely an emotional form of communication – a type of proto-language. This can be observed very simply in infants who are yet to understand words and language. Think of a simple game like peek-a-boo. When this game is played the adult uses a high pitch to communicate the amusing and entertaining nature of the exercise – and their tone of voice is the main way in which the child interprets, gauges and then chooses the appropriate emotional response. In children we see the undeniably strong links between music and emotion.

In a very similar way, the elderly characters from Alive Inside spring to life when they are given an iPod, the emotion inspired by the music in turn sparks the recall of dormant memories that, for the duration of the song at least, help them to regain a sense of identity. They suddenly remember a life which, moments before, they were wholly unable to recall - the songs of their past become an important and all encompassing part of their present. Every life has a soundtrack – it just needs to be pulled out of the cardboard box, dusted off and played again.

Music complements our lives and gives something more to the space we occupy. Whether it’s sitting on the couch in the Friday afternoon sun with mates, running in the early morning or partying till the sun comes up – its undeniable that life is better with music. It adds a layer to space and time, something intangible that connects us with the deepest parts of ourselves and the people around us. Next time you’re having a good boogie with friends to everyone’s favourite song, maybe take a moment to reflect – the music you’re listening to runs deeper than you think...someday it may bring you back to life again. 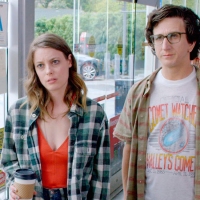 Imposter Syndrome and feeling like you'll never get your shit togetherI'm just out here tryna wake up before midday. 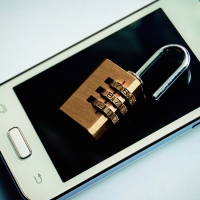 The Fight For EncryptionPrivacy is for people. Transparency is for the state.
D & M