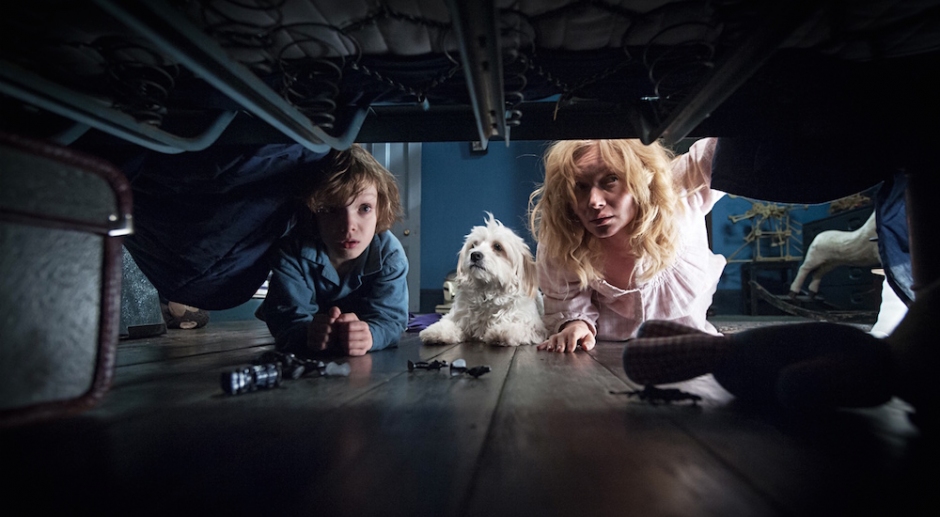 Words by Monique Myintoo. Header image from the 2014 film, The Babadook.

“Why are we shocked when an Australian film flops when it’s not accessible, not available, and most cinema goers don’t actually have the choice to watch it.” – Lauren Carroll-Harris, ABC Radio National.

“Miserable, suicidal, preaching tragedies.” These are few of the words used, more often than not, to describe Australian cinema. Hallmarked with “ockerisms [verging] on oppressive” or assumed to have the inherent boredom of a “picaresque journey across Australia’s dazzling interior”. Indeed, Australian films are naturally tossed aside in our national identity; our internalised defence mechanisms firing-off at Aussie productions, programmed in us by means of cultural cringe. It’s a beating mantra of six little words, one that we tell ourselves to get away from the darkest of Aussie stereotypes, and in 2016 it rings out louder than ever: ‘Australian Movies Are Still So Shit’.

Alike many other cinematic territories around the world, Australian cinema and the industry itself has become perforated by international productions. Often existing in the arrangements and identities of global circulation, films produced in Australia have become cautious, concerned with the reception of filmmakers, locations and actors beyond the importance of taking risks. For most Australian films, these justifications are priced by their attractiveness to audiences – more often the global – to perform as expected by the strict criteria of powerful funding bodies. If a pitched film appears to be commercially viable in the industry, it has to succeed at all costs; the safe-proofing of narratives influencing creative choices right down to the talent and marketing. However, it’s not entirely the industry’s fault: in 2016, we are very much living in the era of the movie franchise. This safe-proofing, led by the inherent clutching of Hollywood’s classical systems, has become the standard for most film industries – a franchise is safer, with more reliable fans, and audience expectations are accustoming because of this.

No longer do we champion our curiosity for original or unheard-of Australian works, but rather, an arrangement of palpable, pre-loved texts that can be materialised into instant (and safe) box office adaptations. For the few Australians who walk into blockbuster screenings or spend their time grinding their teeth over video-on-demand download times, all films – adaptations or otherwise – are expected to be adorned with promotional events, hit soundtracks, exclusive merchandise and feature stories, all to which we can buy, shelve and eventually forget. Successful films today are no longer one-dimensional screenings, but complex media objects that must be cleverly distributed to make an impact online and circulate long after release day. There will always be a salute to leaked test footage, a flurry of fans celebrating a character’s surge, and of course, a new countdown list of the best movies at the end of each year. In fact, blockbusters have become so second-nature in the era of the movie franchise that Hollywood itself can’t sell bad films anymore; instead focusing and investing all their energy into the experiences, worlds and the possible vertices of these stories. But this tactic is not completely foolproof.

The problem of Australian cinema lies within these proliferations between audiences and marketing. From a film’s inception in the industry, endless energy is spent lifting performance and niche screening numbers, caught amongst the flurry of refining scripts, selecting international stars and the mastery of fantastic cinematography. Exceedingly, in an attempt to lift revenue, the Australian film industry almost always fails to accomodate it’s biggest lifeline – the living, digitalised audience – and this negligence of effective distribution continues to show. From the dark, cult-hit thriller The Babadook (2014), to the heartbreaking adaptation of popular memoir, Holding The Man (2015), Australian films themselves are not the problem, but works simply bound by reluctant audiences and failing theatrical release plans. As PhD candidate Lauren Carrol-Harris noted on the problem: "to make an impact, [Australian films] have to be seen — and for that to happen, they have to be effectively distributed. That’s where we’ve gone wrong." But still, the question remains: how can audiences change their attitudes about Australian films if there’s so little promotion or experience around them?

It’s important to acknowledge that audience behaviour is constantly changing with technology and media convergence. Through the convergence of broadcast and digital technologies, films today are now in their most malleable forms as transgressive byproducts of disruption; caught between video-on-demand services, video sharing platforms and downloading. No more are they stagnant objects waiting for release day, but proliferated and expansive campaigns with more passageways than ever before to be distributed – legal or otherwise – through streams to connect and multiply experiences to already-exisiting markets. With 50 per cent of connected Australians now watching professionally-produced film and television content through the Internet, audiences are more ravenous for content on-demand than ever before; a restlessness that influences their consumption exponentially. Still, amazingly, the problem remains the same: why are so few Australian films acknowledging the power of social media and transmedia storytelling? And why doesn’t the Australian film industry make local audience attitudes their most important problem?

Of course, not all Australian films are stuck in this dilemma. The Dressmaker, a 2015 revenge comedy-drama led by actor Kate Winslet and adapted through director, Jocelyn Moorhouse, is a key example in the power of a transmedia marketing campaign surrounding an Australian production. Instead of being a film about a glamorous woman returning to her small town in rural Australia, The Dressmaker was a red carpet premiere, a network of social media, a costume exhibition and a set of reactive, resonating stories to be shared and represented. So far, The Dressmaker has made revenue of an estimated $18.6 million (and growing), alongside countless other titles like Mad Max: Fury Road ($21.7 million), The Water Diviner ($10.15 million) and Last Cab To Darwin ($7.4 million). With Mad Max: Fury Road and The Dressmaker making it into the top 20 films at the box office for last year, their globally-targeted audience engagement could be the reason why they competed so well against Hollywood’s super-franchises of Star Wars, Jurassic World and Avengers. With their marketing directed to international viewers, perhaps the origins of these issues surrounding engagement lie in how Australian cinema is represented as secondary to other industry targets.

In fact, Australian films and productions are, in itself, dangerously underrepresented in our own popular film discourses. With the current cinema system dominated by six major international studios and a lack of franchise-based strategy, brand appeal is almost always lost. As emerging or established projects create self-generated buzz, the reaction within the industry remains insular; led by important handshakes from important people, without extending an invitation to the mass Australian audience. However, it is almost impossible to get local films booked at multiplexes, where the bulk of these mass viewers would flock if they ever felt compelled to do so. After all, I personally wouldn’t hold my breath – only a proportion of Australians are actually still attending physical screenings, with only 69 per cent having visited once per year since 2000.

While I don’t hold the answers to these questions, I’m calling bullshit on our attitudes with the Australian film industry. Reluctancy, led by our learnt understanding of the industry’s history of poor advertising and redundant tropes, continue to problematise any positive change in our attitudes. Of course, the industry is not without blame, but it’s important to recognise that it is trying to change – even if it is slowly – with Screen Australia unlocking funding and championing new, diverse stories through the Family Film Initiative and the Gender Matters. With local distribution being forced to adapt as video-on-demand services push for smaller theatrical release windows, we as audiences need to find our commonplace to support upcoming creatives and their production of independent films. While actively seeking Australian films to consume is a problematic request in itself, it will be in our demands for better support systems that could spark new formations of distribution, exhibition, and reception. As these circumstances surrounding Australian films continue to develop, there is still plenty of room for change; but we need to start appreciating our power in influencing the work the industry produces, just as the industry needs to act on our demands. 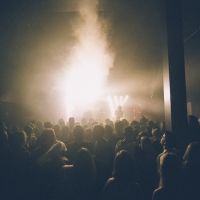 I Just Came To See The BandA very personal tale of assault from the mosh pit. 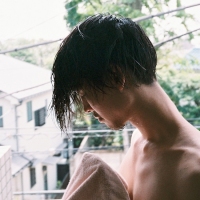 Tackling mental health issues online and IRLAn in depth look at how social media can help make it okay for people to talk about mental health, but also the importance of IRL spaces too.