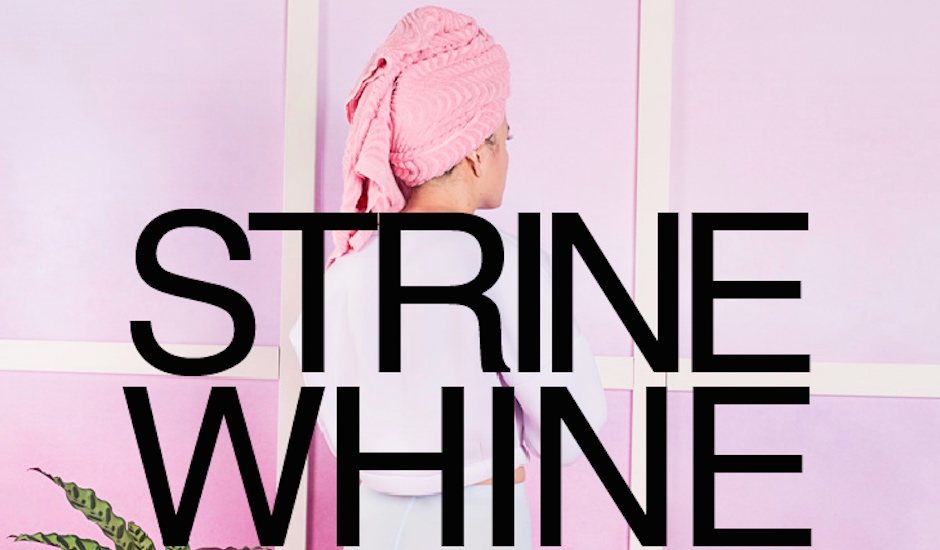 Strine WHINE is a monthly zine dedicated to Australian music, featuring the very best of both new and old talent from across the country. Sold online through BANDCAMP in a downloadable PDF document, the last two issues were jam-packed with longform reads and reviews on the likes of Client Liaison, I’lls, Lowtide, and Perth local Yung Gemmy. In anticipation for Issue Three, we spoke to creator Jake Cleland ahead of its release about himself, his motivation, notoriously underrated musos, and the unique form of the zine medium. 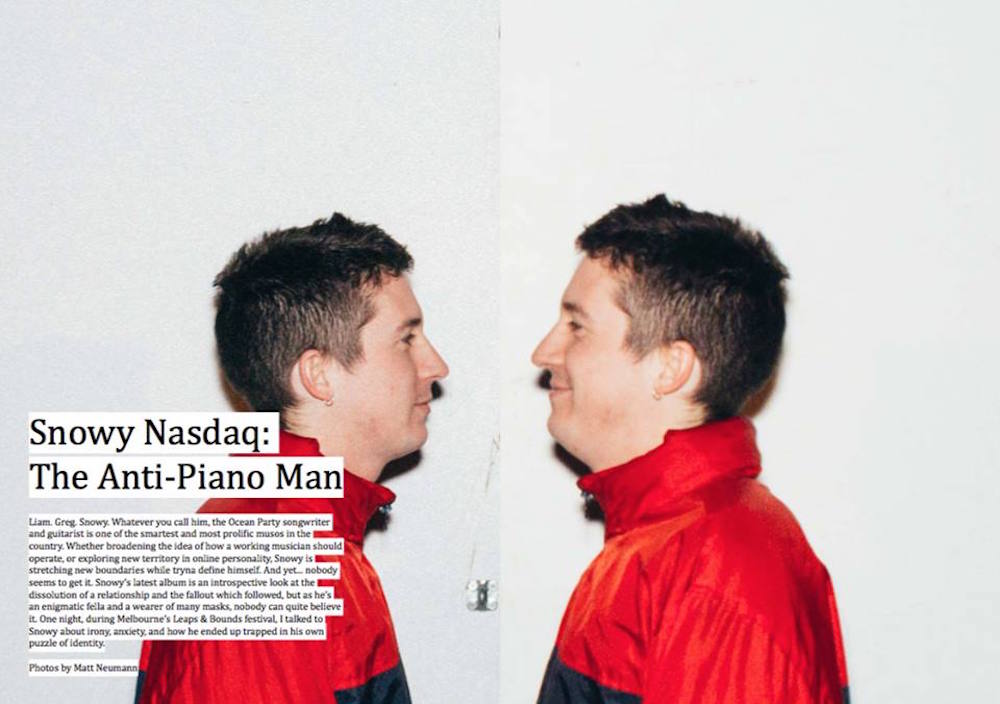 Hey Jake, tell us a bit about yourself!

I'm just a nice boy from Frankston who likes music and was never hot enough to fit in with the health goths, never dirty enough to fit in with the punks, never single-minded enough to stay with the rock'n'rollers, but too cool to hang out with the bedroom producer dweebs. I tried telling a guy the other night that Nile Rodgers was a great guitarist but he couldn't grok it on the basis of Rodgers not being some hectic fiend for weird licks. If I could be any other person living or dead, I'd be Ladybeard, because being in AKB48 would be too stressful. Shout outs to Kana Hanazawa, anime is life. Tuturu.

What was the motivation behind making Strine WHINE?

Couldn't find anywhere I could write about Australian music the way I wanted to, i.e. with style, control, and for a sustainable amount of money. I stepped down as editor of The Vine in May where I was writing a weekly Australian music column, and the most satisfying way to invite validation of the wagers I'd been making about the economic and editorial possibilities for music journalism was with a zine. More than ever it seems important to take control over the methods of publishing and the systems in which it's complicit but I spend a lot more time worrying about that than is considered healthy or tolerable, so publishing Strine WHINE via Bandcamp let me shut up and get on with the work. 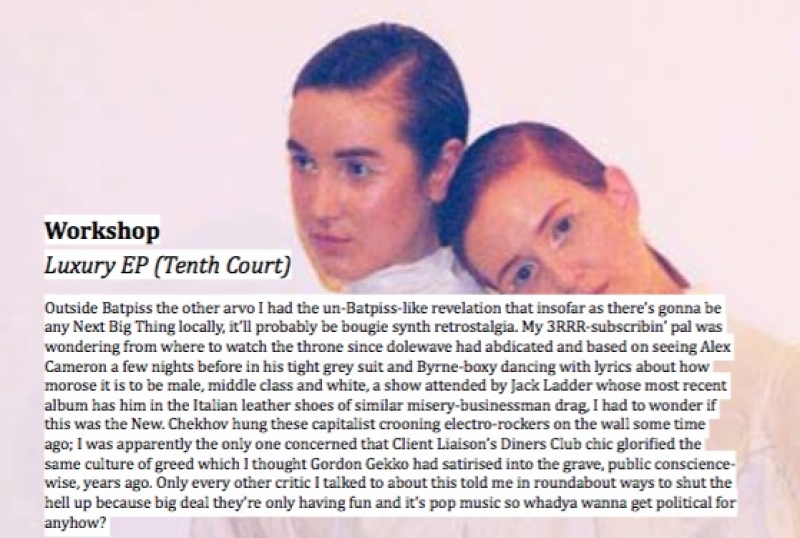 Working in online music journalism, do you find zines are a different way of communicating to the reader?

When my new housemate was moving in, he was putting his vinyl in the shelves and we were discovering or rediscovering records we'd never talked about. There's an anecdote about this in the Treehouse review in the second issue. This'll tip my hand a bit insofar as revealing me for the charlatan I am, but the books I've re-read the most are anthologies of music criticism, and since reading Psychotic Reactions & Carburetor Dung for the first time I've been inspired by the goal of creating work which could transcend a news cycle. You might read a zine the first time for the bands you know, but find it again in five years while moving into a new house and go back through the parts you skipped, or find something new in what you've already read but then see through a different perspective. You might even give it to your kids one day, which is what my dad did years ago with a stack of old Rolling Stone issues. Whatever you're reading on websites now, you're probably not going to pass that on to your kids, but by virtue of how music journalism was collected in the past it turned me onto something life-changing. Wanting to be preserved is unfashionable, and even arrogant, but the best music journalism is, like any art, also a guide to living, and that seems worth preserving to me.

Each issue has an eclectic mix of artists, how do you go about selecting them?

From the start, the only rubric has been that it makes me feel passionate in some sense. Maybe that passion manifests in truly loathing something but those feelings are valuable too. When I started writing, I thought I had to take every interview and album review sent my way, and it resulted in a lotta beige writing. Consensus has bestowed importance on a lotta records I can't get it up for, which is not to say they're wrong, but what's the point in expressing indifference? Safe to say Strine WHINE probably won't host a Tame Impala review any time soon. 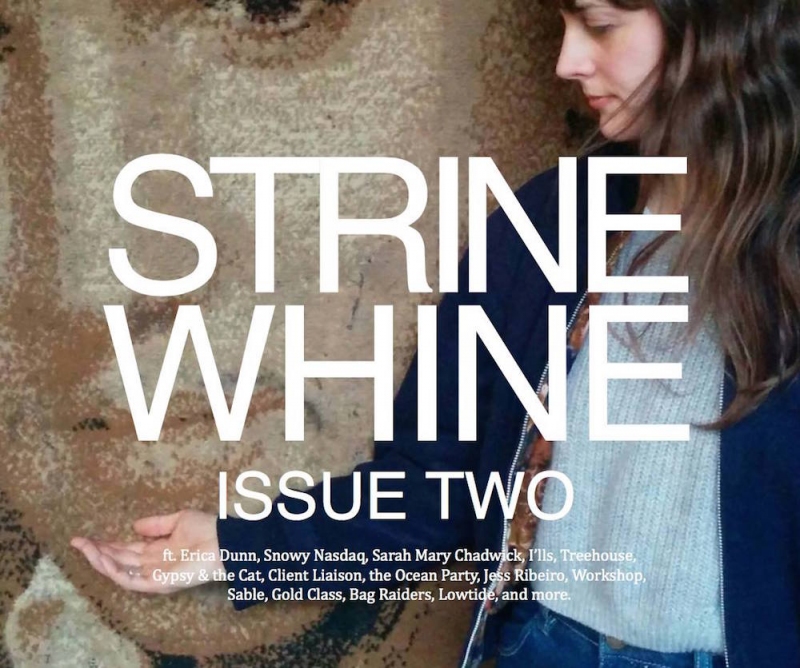 Are there any particular artists who stood out to you from the last issue?

I guess by virtue of that rule I just described, they all did in various ways, but a few even more than the rest: Brisbane's Workshop 'cause I reckon they're playing with contemporary concerns re: the encroaching subversion of worker's rights, the pursuit of efficiency over humanity etc. That's the kinda shit that makes you consider modernity in dystopian terms and in that sense Workshop's music sounds to me like the psychic agony of all us scum who inhabit the world run by the characters established by the likes of Client Liaison or Alex Cameron. I'm gonna get emails 'cause it seems like I'm talking smack about Client Liaison and Alex Cameron there but I've featured both of them before as artists provoking questions equally worthy of contention. Exploring capitalism via art is essential, particularly now given the horrifying impact of digital technology; we've reached a point where our material advances have far outstripped our potential to contend with the ethics of those advances and doing it through art is one way we can disseminate those ideas, so I'm grateful to anyone engaging with that. In a less abstract sense, Sable's new track stood out to me as being a catastrophic walk-back from what I thought was pretty solid work he was already doing. And I'lls' new EP completely swallowed me for a couple of months.

You mentioned in a social media post that Strine WHINE doesn't place too much emphasis on timeliness if it means missing interesting records from the past - are there any great releases or artists you feel are underrated?

Heaps, and the loss of Mess+Noise is only going to exacerbate the problem. Retrospection and consensus are both important for growing communities around music - while the idea that we can all just like what we like is appealing, it inevitably leaves us more alone - and I think the pressure for online outlets to scramble for Google page rank with the newest releases is totally pernicious to any meaningful dialogue around music. The overglossed moment which comes to mind is in the work of people like Geoffrey O'Connor and Darren Sylvester, which has now stretched to encompass Client Liaison, Jack Ladder, Alex Cameron, Workshop, and probably a thousand others I'm forgetting or haven't heard. It should've been considered in 2013 but dolewave was the thing then. I mentioned this in the Workshop review, and above, but I think the appearance of these artists exploring the kind of wealth and glamour which rose in tangent with the synthesiser deserves examination. Folks call this music 'nostalgic', or 'eighties', which are total thought-killers. What about it sounds eighties and why? And why is that an appealing notion at this point in history? Maybe it's because people are simultaneously craving the halcyon era of American prosperity in light of the post-GDC world - the certainty that apocalypse isn't just around the corner, despite that era ending with cataclysmic warfare and the death of the music industry - while also being repulsed by those attitudes as its resurgence leaves a lotta people out in the cold. I'd like to put in the time to find out. To answer this more specifically though: I regret not reviewing Laura Jean's latest album when it came out, but I'm still finding myself within it, and maybe that'll end up in Strine WHINE down the track. 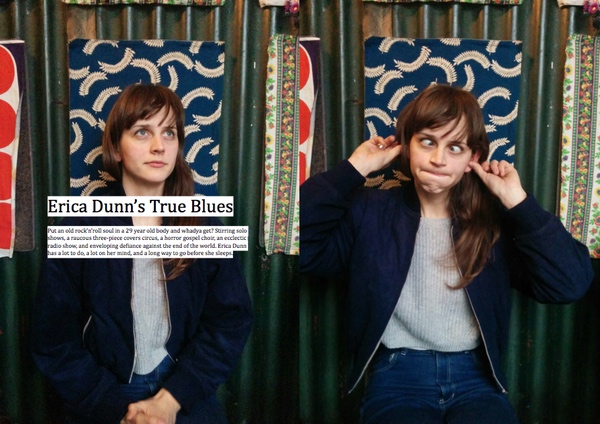 Do you have a favourite Australian act at the moment?

I've hitched my wagon pretty consistently to ScotDrakula. Always figured getting a tattoo of some band would be a bad idea 'cause you never know when they're gonna reveal themselves as Nazi sympathisers or something equally repellant, but I've got enough of a read on ScotDrakula to know they're on the level as far as life and art go. The last three live shows to give me a chest-clenching moment of irrepressible love and mourning were from Pikelet, I'lls, and Palm Springs. I reckon either Blank Realm or Terrible Truths are going to have the best release of 2015, though, depending on when the SMB put theirs out.

If you had to choose one song to describe your life at the moment, what would it be?

Babaganouj's Bluff, because I'm apparently fucking incapable of saying the right thing when it comes to music. I was at Ceres, an environment park and organic produce market, last year, and I artlessly described Terrible Truths' music to a member of the band (and spectating members of Totally Mild) as "wristcutter music". Boy, was that a conversation deadener. I mean, they really thought I was a freak after I said that. The moment comes to me when I'm falling asleep sometimes. I was on a panel with an older and much wiser critic a few years ago explaining similar regret, having just spent an hour on a familiar rap about the worthlessness of most of what's considered music journalism in its current form, and he said, "Yeah, what were they thinking getting a bunch of writers to talk?" That's always stuck with me. And yet panel organisers continue to enable my dumb ass.

Lastly, what can we expect in Issue Three?

My marketing guy is telling me to point you to the Facebook page for hints, but the current slate looks like it'll include a long profile on Sui Zhen, reviews of Royal Headache, Banoffee, Oh Pep!, Jack Colwell, Ella Hooper, L-FRESH the LION, Darcy Baylis and a few others, an account of an excruciating day spent shooting a music video on a beach, a new gear-oriented column, and a truly absurd mutation of a popular board game. The last two issues haven't been finished until right before they're published, so all of this is up for debate. I might scrap it all tomorrow and turn it into a Venezuelan baroque-pop fanzine instead. 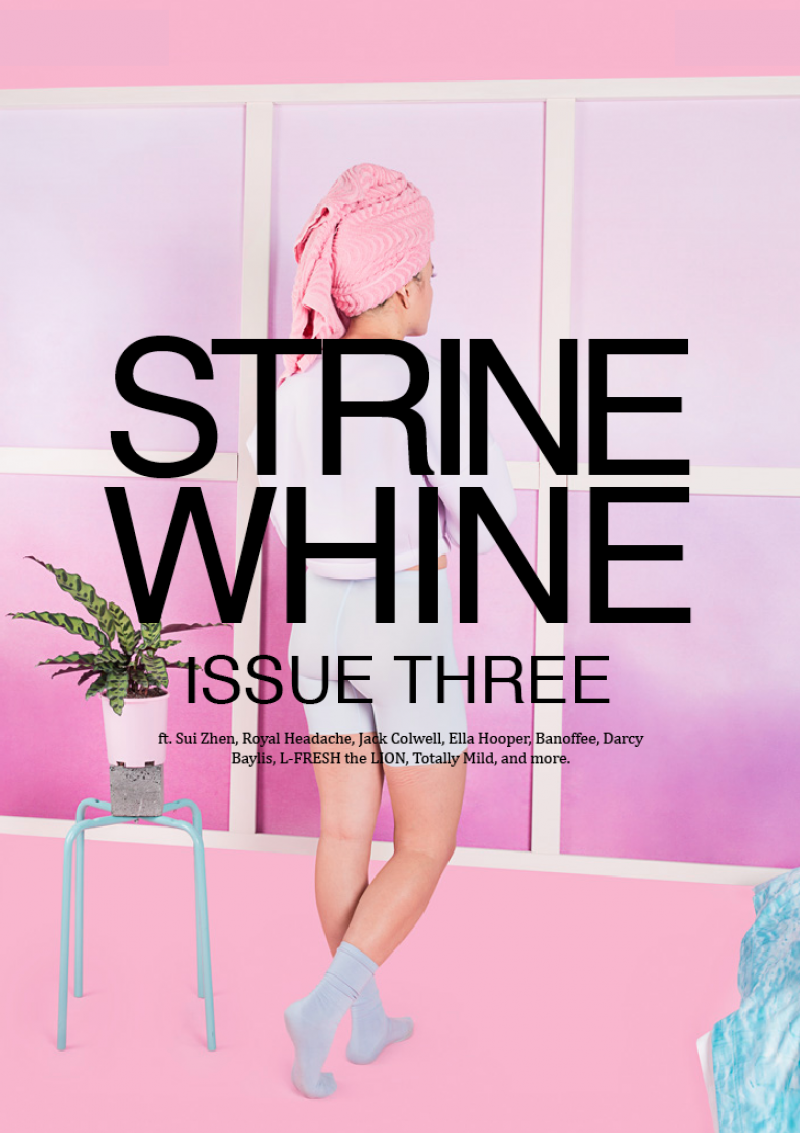 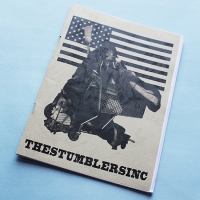 Printout: The Stumblers Inc #5"My United States Of Whatever!" THE STUMBLERS INC. ISSUE #5 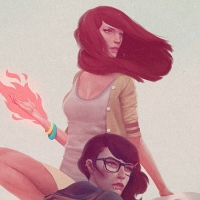 Printout: Sean Morris Is Not Your Dad

WCW (Web Comic Wednesday): UP and OUT

A look inside UP and OUT “A weird comic for a weird world” by Jeremy Kaye.

A body of thought-provoking surrealist paintings.

Beautiful portraiture at its simplest.

The next in our series focusing on emerging Perth-based labels.