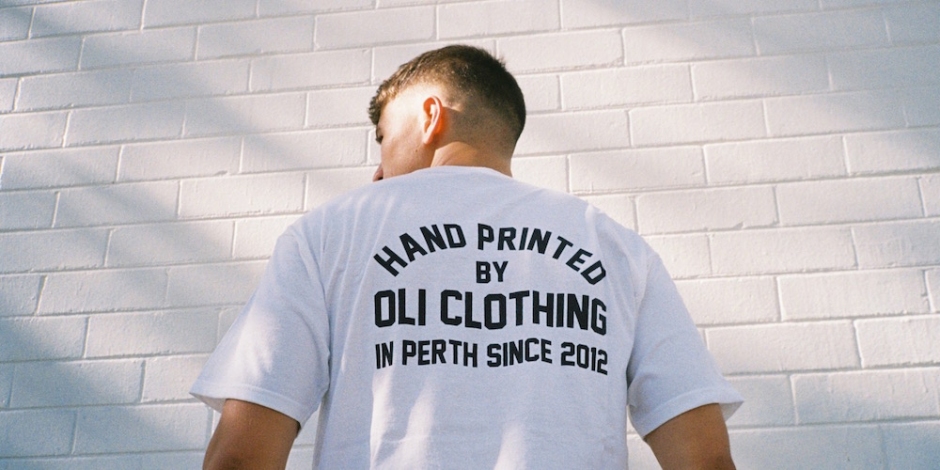 As we continue to uncover what's being made locally in Perth WA, we meet Oli Clothing creator, Oli McDonald.

Anyone who's familiar with Oli Clothing already knows that the brand has come a long way in the last few years since it started in 2012. The label, named after the highly personable guy himself makes long lasting streetwear that proves to be a wardrobe staple and essential. 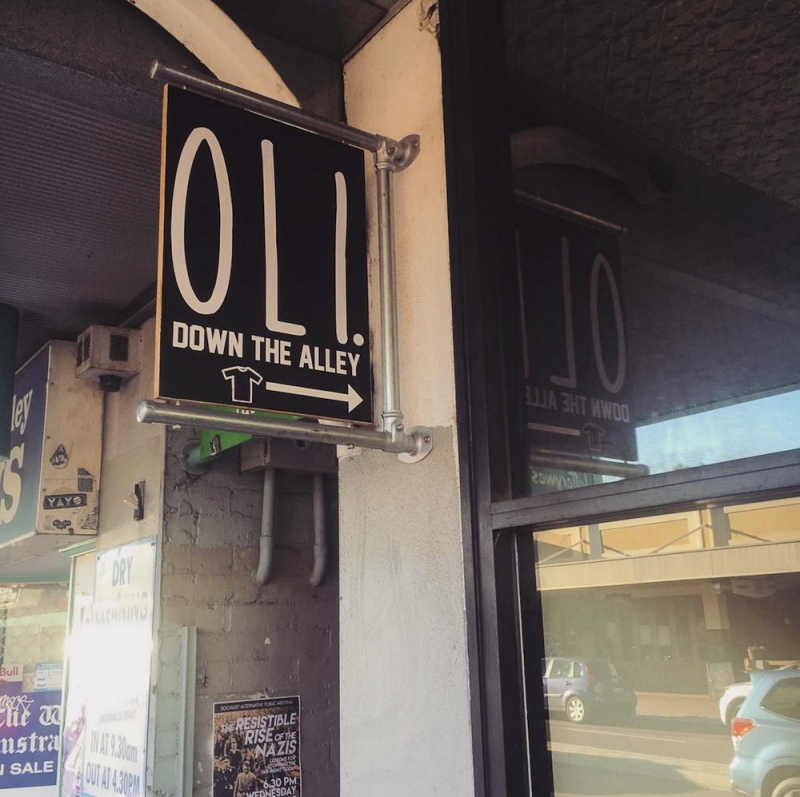 Talk us through a week at work for you?

A week at work for me is forever changing, which is nice because it keeps things interesting. A typical working week for me is Tuesday-Sunday. These days I spend almost everyday at our new store in Mount Lawley, working on the coffee machine, replying to emails, interacting with customers, and trying to make new things.

What kind of guy would you say wears Oli?

Haha hopefully a couple! I think what we've really tried to do is make a brand that appeals to more than one kind of person. I think now we've got a really neat customer base which is made up of a variety of different people. I feel the people that support OLI are the kind of people that like quality. They like things that are ethically made, locally. 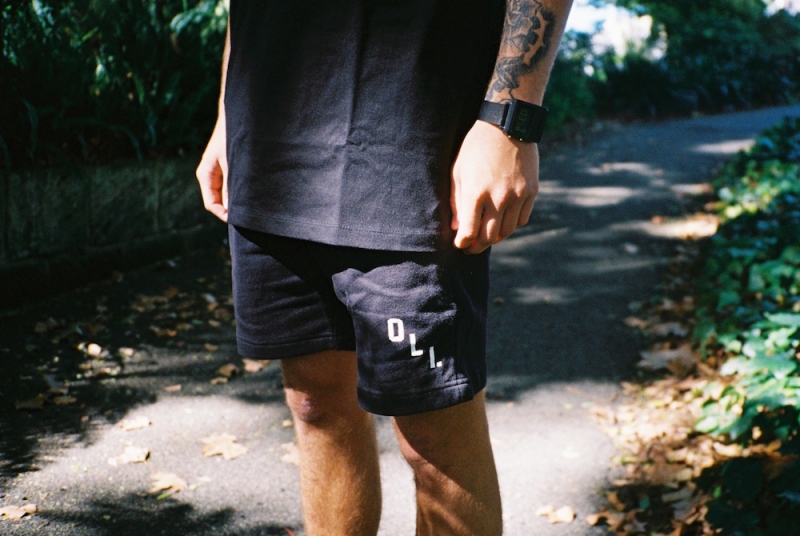 With a lot of startup mens labels in Perth, what's made OLI so successful?

This is actually a really hard question to answer, a lot of people ask me how I think they should go about starting their own label. The real trouble answering that is everyone's different, with different ideas and they want to achieve something different. For me I think what's made Oli successful is the story behind it, the ethics, and the actual clothes themselves. I've always tried to make Oli more than just a brand, which is why I really like interacting with people on a personal level. Even if its just little things like replying to their comments on the Insta, the whole idea is not to be a faceless brand. Afterall it's in my name, so I try and do everything I can to keep it as personal as possible.

Is it kinda strange to see people in public wearing shirts with your name on it?

Short answer... Yes. We're just about to celebrate our 4th birthday as a brand and even now when I see someone rocking an Oli tee out and about it gives me little shivers. Four years on and my friends still think its funny to yell my name when someones wearing an Oli tee just to make shit awkward. Jerks. 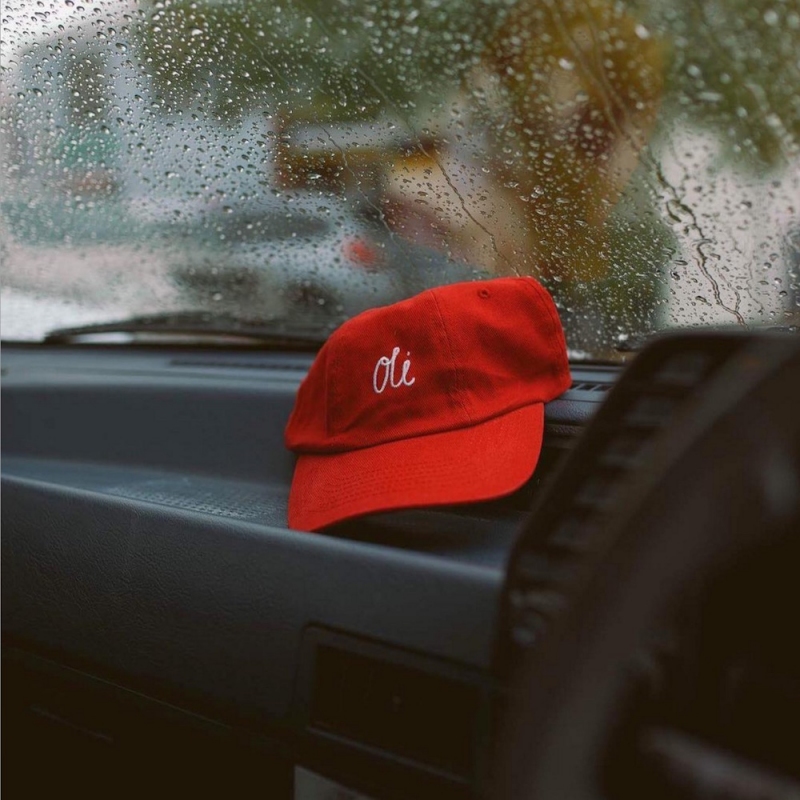 You opened your first store six months ago, how does that feel!?

Honestly my proudest achievement to date. It's always been my number one goal is to one day have my own Flagship Store. Rocking up to work every morning now is really enjoyable. Sometimes I almost forget, then I walk down the stairs and into the store and can't help but smile. We've also recently opened a take away coffee element to the store, its called Oli Down The Alley, which is been really exciting for us. It's also let me interact with so many different people, without the coffee they might not have ventured into the store.

Who’s helped you along the way?

My friends and family! Obviously when your kid says they're going to drop out of Uni to make t-shirts most parents might question you. My parents really just backed me up from the start. They've always taught me that life's too short to be doing something you don't like, so to just go after your dreams and make them happen. My friends have been a massive support network for me. There's been times when we've all gone out for dinner or for dranks and there's four or five of us all wearing the same thing. But there's two people who have been the biggest help for me - my best mate from school Hayden has been working full time for almost three years now, and the work he does for us is massive. The other person is my girlfriend and better half Phoebie. Since coming on the scene she's been instrumental particularly with running the store. Really, Oli has developed more into a team rather than it just being me working 24/7, it's nice. 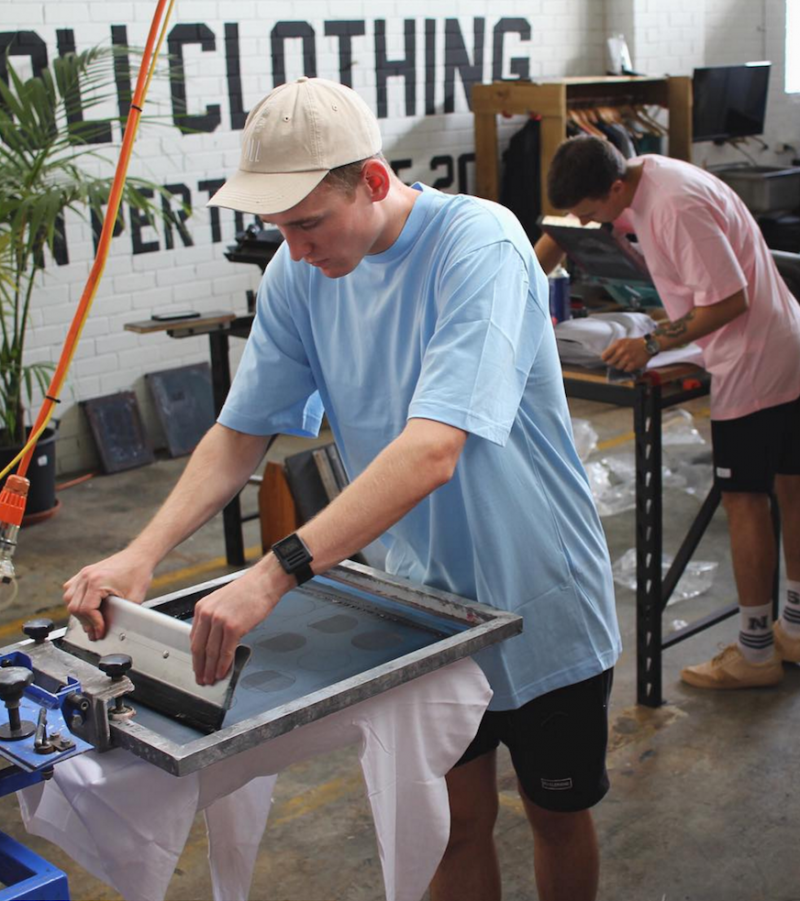 What point in your life were you when you started your label?

I was actually in a pretty tricky time in my life when I decided this was it. Like heaps of people I was at Uni studying something I really wasn't that sure about, just because I though going to Uni was essential. In my head, starting my own brand was always the end goal, so the plan was to go to uni and finish my fine arts degree then perhaps do a six month business course. After one year, I remember sitting down with my older sister and just saying 'fuck this'. I didn't want to go through all that shit when I already knew what I really wanted to do. From there I decided to take a gap year and just give it a go, what could be the worst that could happen? Since then, I've never looked back.

What's changed since the start?

Sooooooo much has changed over four years its crazy. When I started in 2012 I was woking out of the spare room in my dad's house. From there I converted my granny flat into my studio and was legit sleeping in my work haha. I got my first studio in 2014 which funnily enough was in Mount Lawley just around the corner from our new store. It was really just this old bloke's spare room, but it was perfect for a year while I transitioned as developed the brand. In 2015 I moved into my first studio warehouse in Burswood. This space was massive for the brands development and it's still where we hand print and shoot all of our products today. 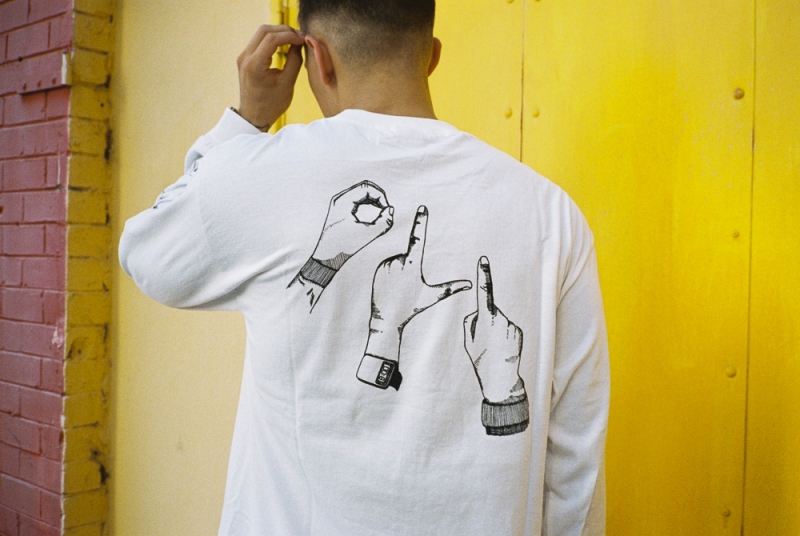 Has there been any hard moments you've faced during this experience? How are you overcoming that?

Oh man so so many. One thing you don't really think about when first starting is money. You start out, have next to no overheads, might sell a t-shirt or two and it's happy days. As things have got a little more serious you do really have to put your business hat on especially when you're running a store, renting a studio and have two full time employees haha. Yeah it's hard but thats business life, and you gotta really love it or its never gonna work. I really just try not to stress about things like that because it all works out... eventually.

What advice would you give to other young creatives looking to pursue a similar path in the fashion industry?

Commit. I feel the biggest thing in relation to this is to only really do it if it's what you're actually passionate about. I think in such competitive industries it really does come down to character. When I tell people what I do for work its always pretty funny to hear what they say, things like, 'Man that must be so easy'. Usually I just nod my head and fake laugh, because really they've got no idea how hard it is to succeed in this industry, but that's what it's about at the end of the day. Doing something you love, not doing something because its easy. 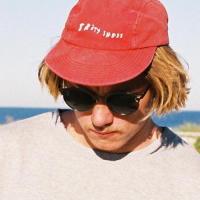 Threads to wear outside the water with the team from Salty ShoesWe talk to the WA label doing coastal wear right. 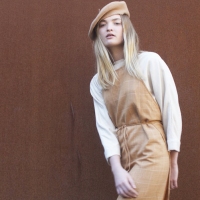 Curated by Melbourne’s Sean Morris, the Gold Blood, Magic Weirdos zine is a print representation of the 2014 exhibition of the same name.

Once Every 15 Days by Alex Gillies

The portraiture of Maria Teicher.

Because there's no such thing as too much miniature food-based design.

Framed: Stormie Mills - Things That Go Bump in the Night

An exhibition of Halloween-inspired work from the prominent Perth artist.