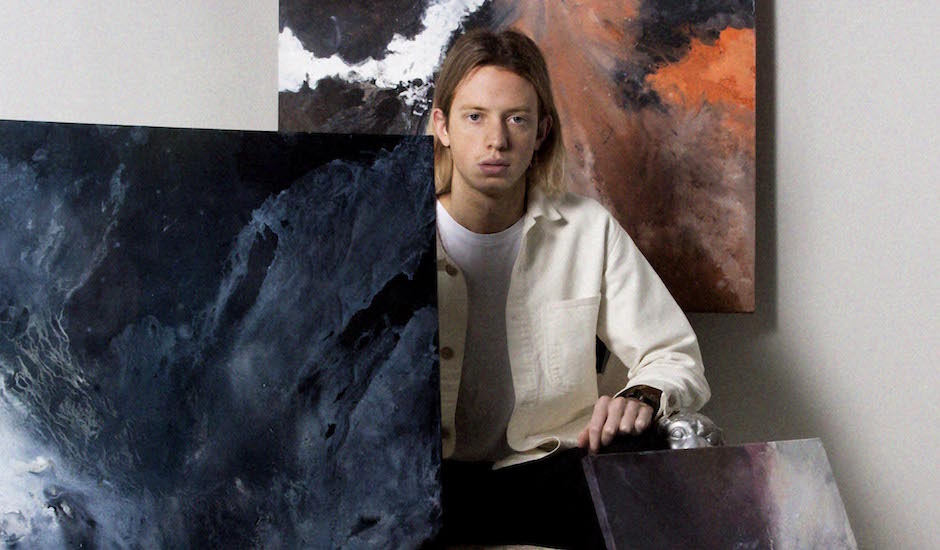 A new exhibition will transform the store into a gallery hosting up and coming WA creatives.

Next Thursday May 4, Claremont clothing boutique Dilettante will present the debut solo exhibition of young WA artist Jack Ryan. Inspired by techniques practiced by Salvador Dali, Ryan has aimed to emulate the fluidity of water by chemically distorting oil paints. The artworks produced by Ryan will complement and contrast the colour palette of the latest runway collection by Belgian fashion house Ann Demeulemeester.

Dilettante has always blurred the lines between fashion and art and in the coming months will transform the store into a gallery hosting several of Western Australia’s up and coming creatives. Young artists Jack Ryan, Mariaan Pugh and George Howlett were selected by Dilettante’s buyer Diana Paolucci to take over the walls and windows of her Claremont boutique. Check out some thoughts from Ryan on his exhibition, below: 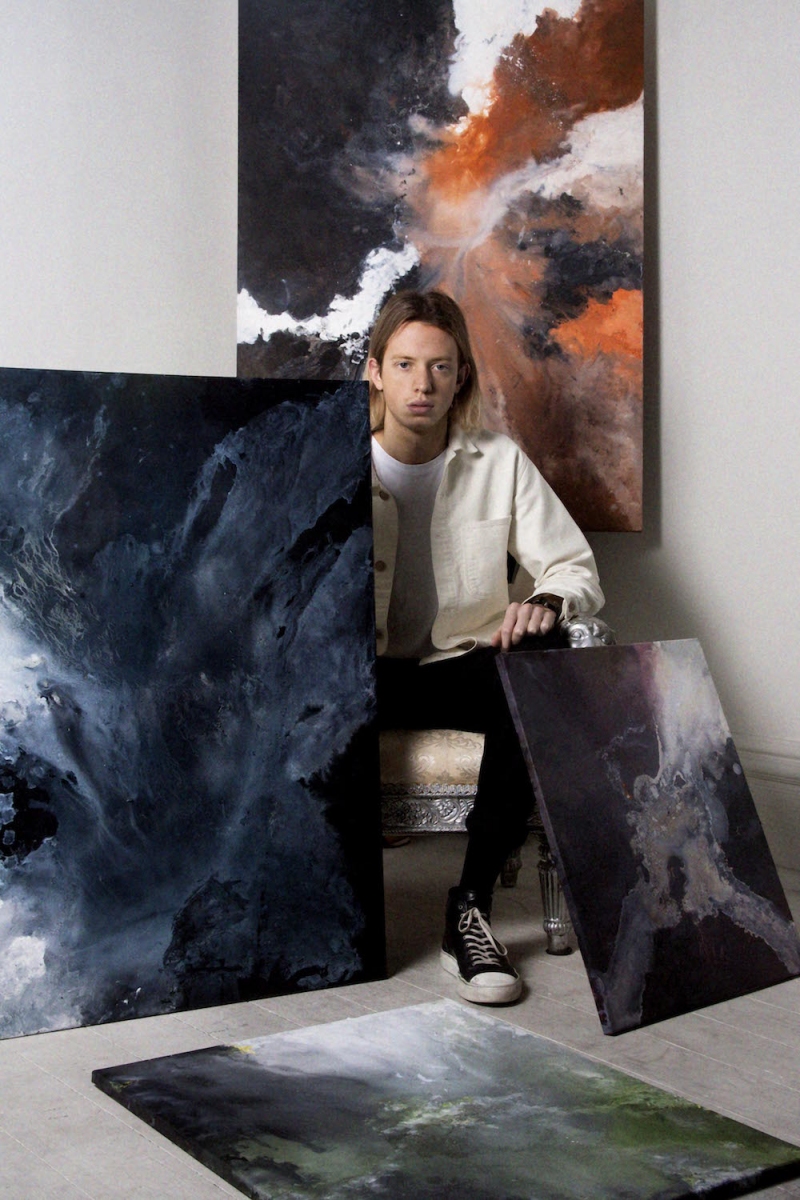 What did you study? Interior Architecture at Curtin University.

Describe the technique you use to distort oil paints? I use a technique titled Eclaboussure, which is a process that was practiced by Salvador Dali. It involves using turpentine to distort oil paints to a water like substance – this way they run like a river over the canvas and blend with one another. There is minimal control in the outcome therefore each piece is unique. 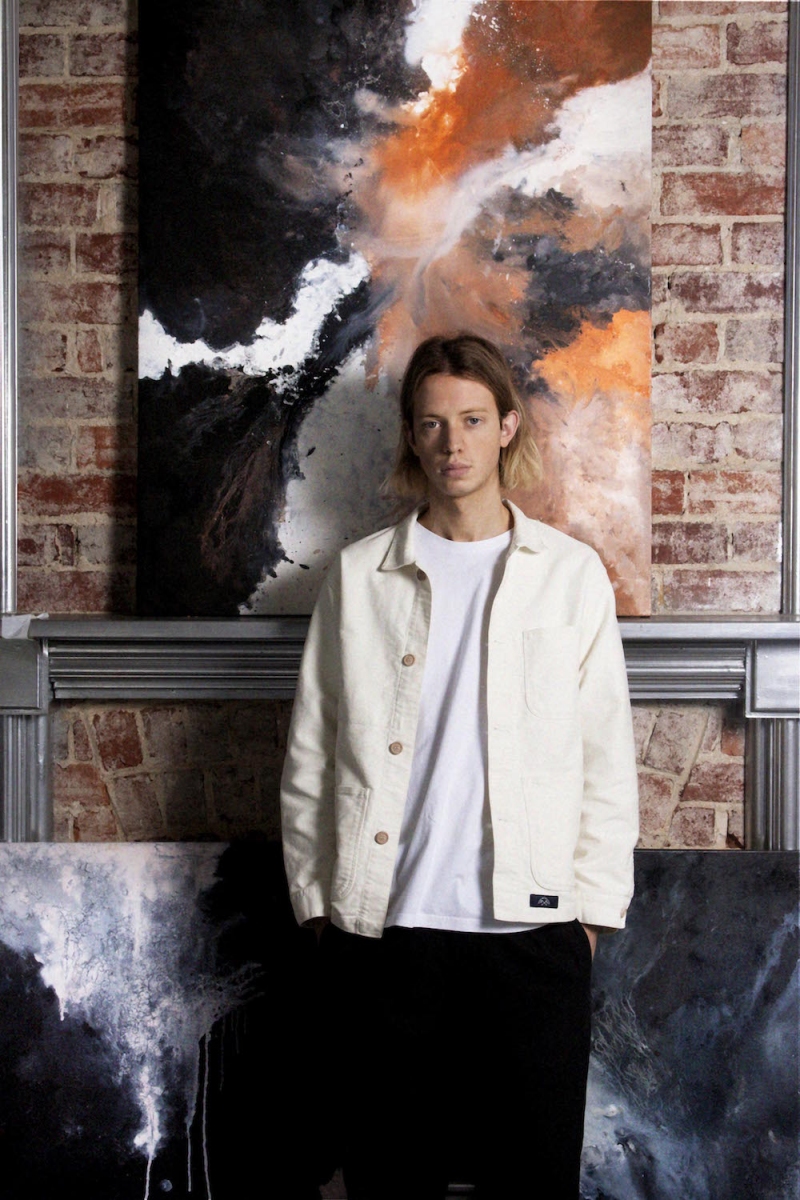 Who and what inspired your art practice? I am greatly inspired by the works of Anish Kapoor. I enjoy the ridiculous nature of his interior installations and find it interesting how they can completely alter the way one uses a space. Although 3-Dimensional and solid I feel they embody so much movement; something I try to communicate through my own works.

What are you listening to at the moment?

As a kid, my mum would drive around blasting Joe Jackson and The Police; I have been channeling them lately as well as some earlier tracks from Frank Ocean. 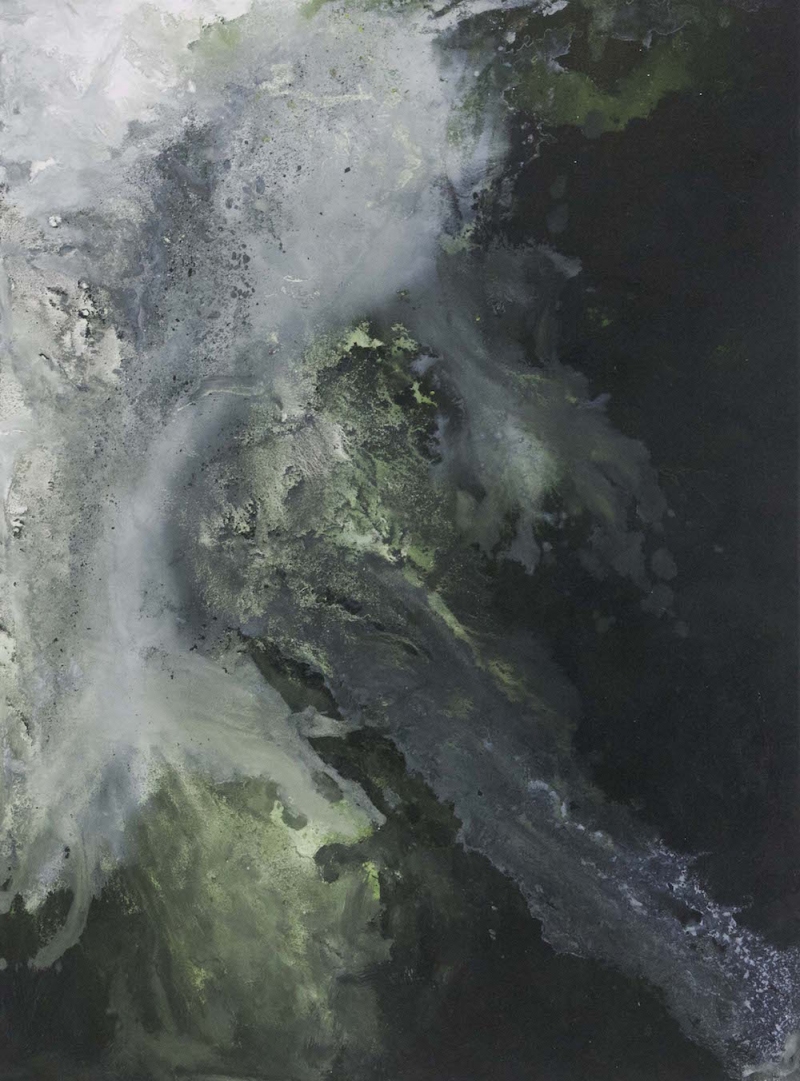 Favourite place to go in Perth at the moment? I have a few but as of late I’ve really enjoyed driving the streets of Menora and surrounding suburbs to admire and photograph the houses. Sometimes you’ll find a perfect 1930’s home with an immaculate vintage Mercedes or Cadillac parked in the driveway. I’ve usually got a Babka from Satchmo Café with me whilst doing so.

Any of the un built works by French visionary Architect, Etienne Louis Boullee. Not only for the sheer scale and symmetry of each of his works but also the wonderful concepts and illustrations that accompany them. 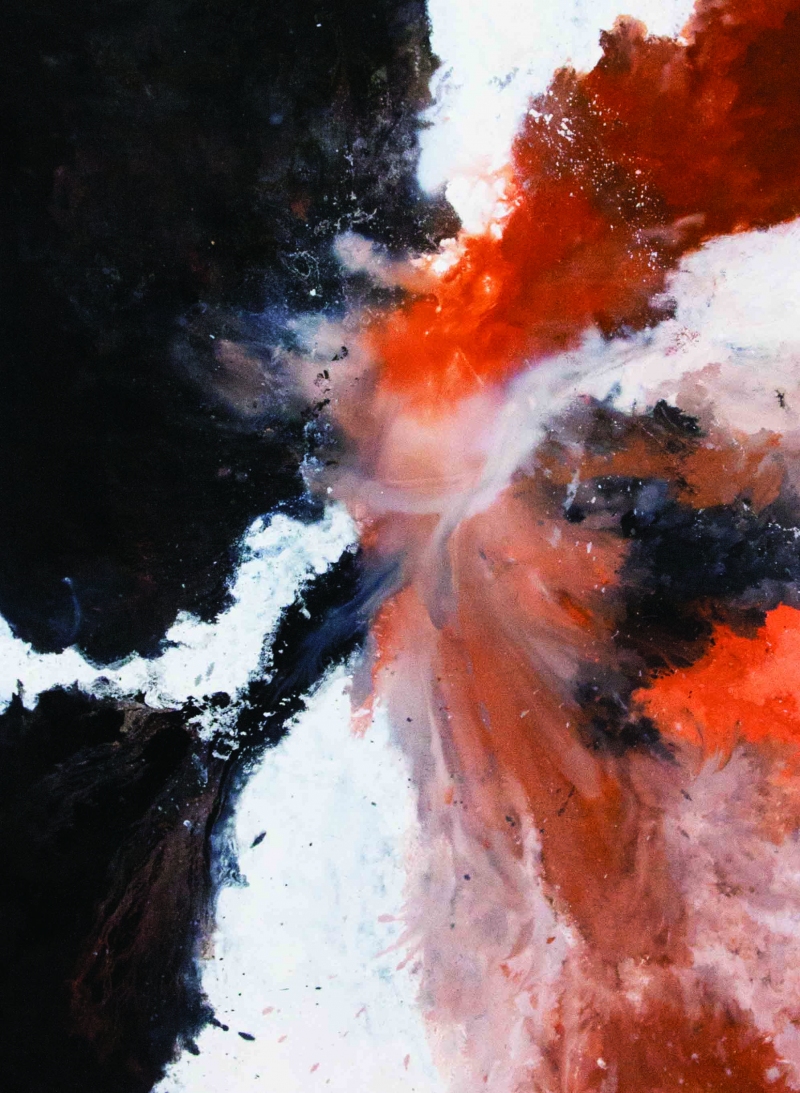 What is your favourite gallery in the world?

I haven’t visited many across the world but I would have to say one of my favourites is Frank Lloyd Wrights Guggenheim museum for two reasons; its simple yet complex and it’s hugely different to his residential works.

Do you think Fashion can ever be art?

I think it already is! The ability to create something from ones creative and conceptual mind is an art form to me, whether that is an oil painting, a garment or a piece of architecture. 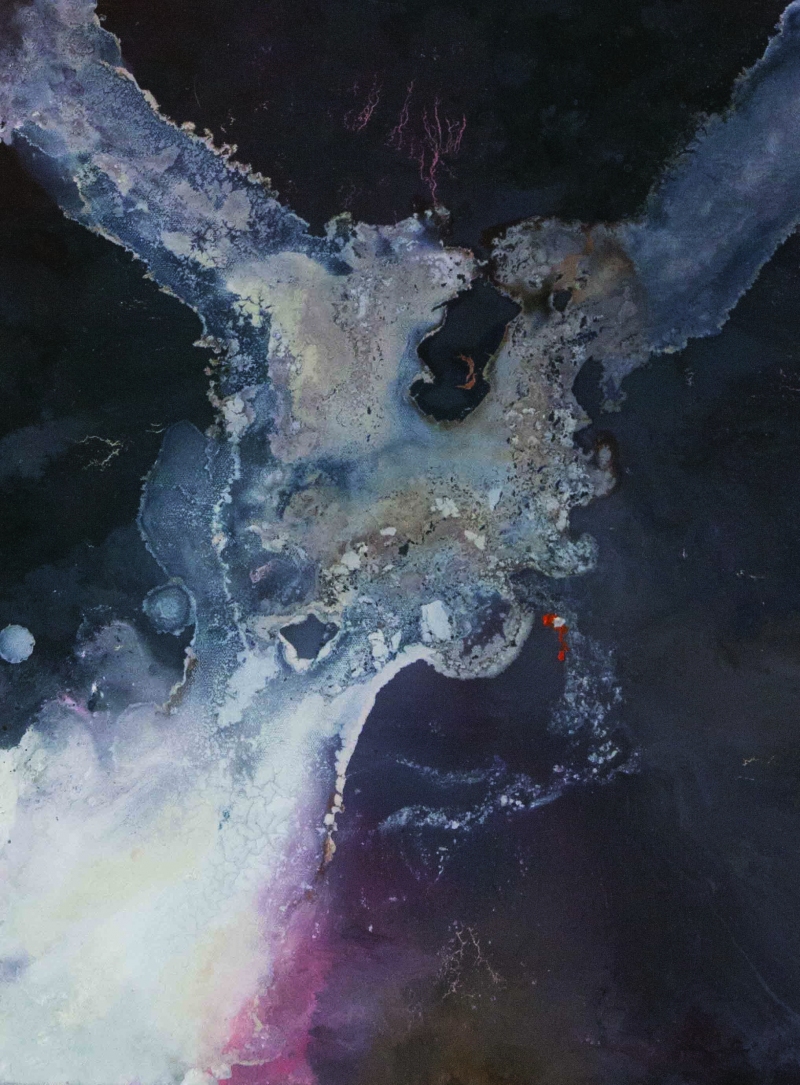 Following Ryan's, on June 1, Pugh and Howlett will then open their collaborative exhibition titled ‘Three Coats’.

In 2016 Diana awarded Pugh with the ‘Dilettante Industry Award’ for her graduate fashion collection at the Central Institute of Technology.

Diana said, “You could see the hours of labour invested in each piece... I enjoyed the quirky paradox of her old school textile manipulation with the vivid colours and silhouettes of today”.

For the Dilettante exhibition, Pugh has collaborated with Howlett, an industrial and neon lighting artist, on a project that combines tufted fabrics, paints and lighting.

The exhibition of fashion and art will run throughout the months of May and June. 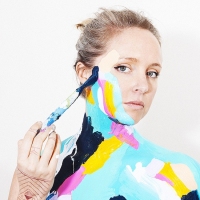 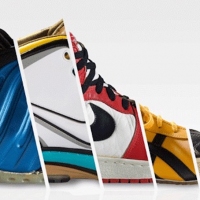 There's a huge international sneaker exhibition kicking off in Perth this weekendThe Rise Of Sneaker Culture hits the Art Gallery Of WA on Saturday 13 May.
Art/Design

LOSER UN1T and TEEZEE.tv present RYGB, an upcoming group show in the heart of Sydney.

Sam Octigan 'What You Can't Forget'

Framed: The sick sad world of David Marie AKA davidtherobot

Meet the first of our featured artists from this week's Fremantle Rail Bridge Mural Project.

Perth gets huge sister art shows centred on exploration of the self-portrait.