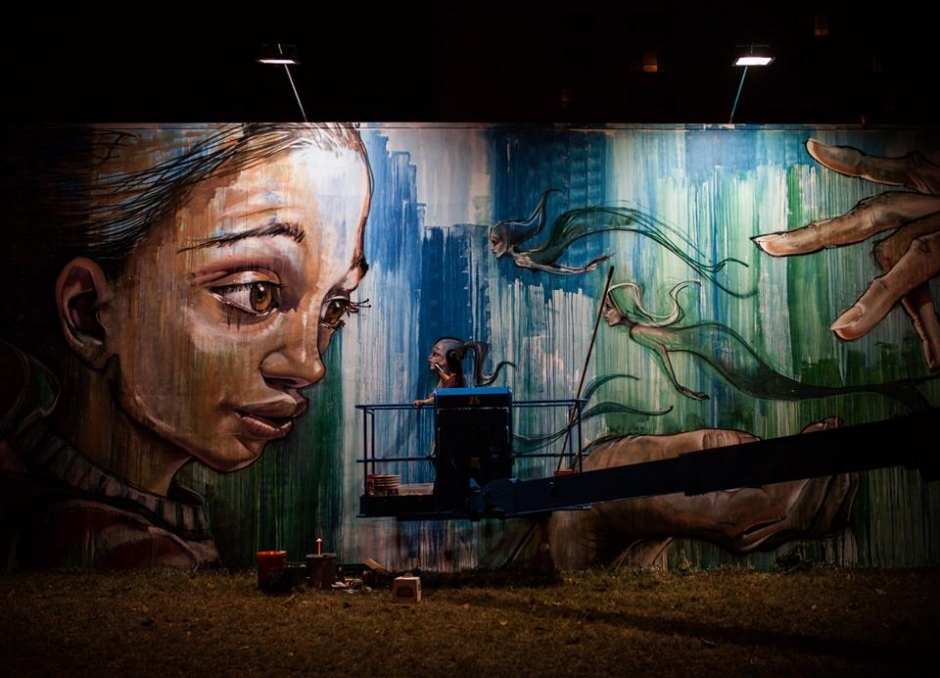 The German street art duo taking their work around the world.

HERAKUT is the moniker for a collaborative street art duo from Germany, consisting of Jasmin Siddiqui, known as Hera, and Falk Lehmann, known as Akut. Just as their names have been merged to form their moniker, so have their creative styles. The characters that appear in their work are designed by Hera, while the photorealistic elements of the art are filled in by Akut. This dyad leads to experimentation with different formats, materials and method - a joint creative process. Each piece - whether a large-scale mural or a canvas painting on a gallery wall - focuses on narrative, storytelling and a central theme unique to each character. Together, HERAKUT have painted in cities from San Francisco to Kathmandu to Melbourne, and so many in between. 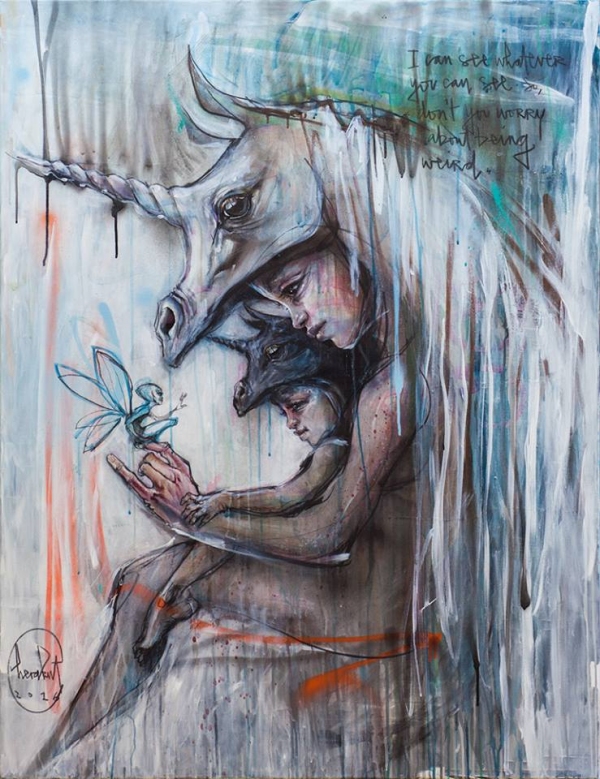 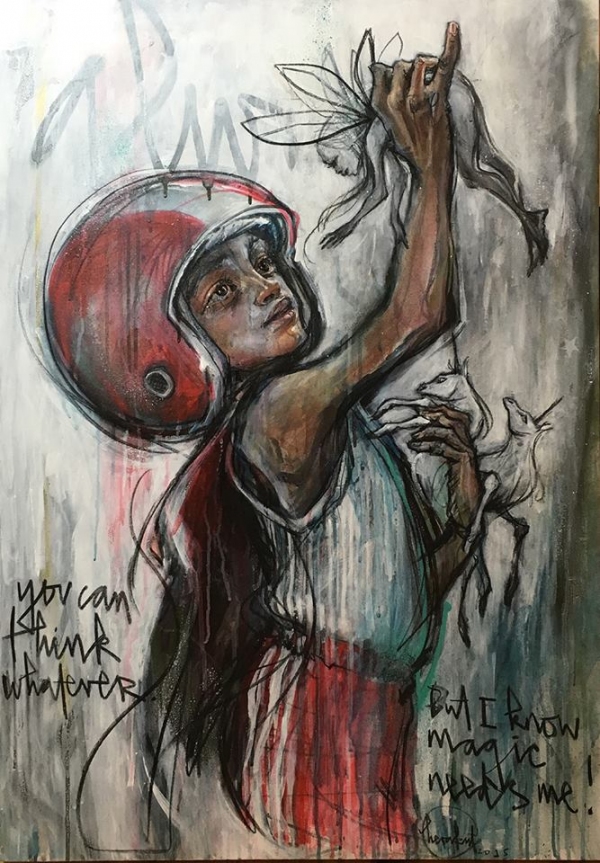 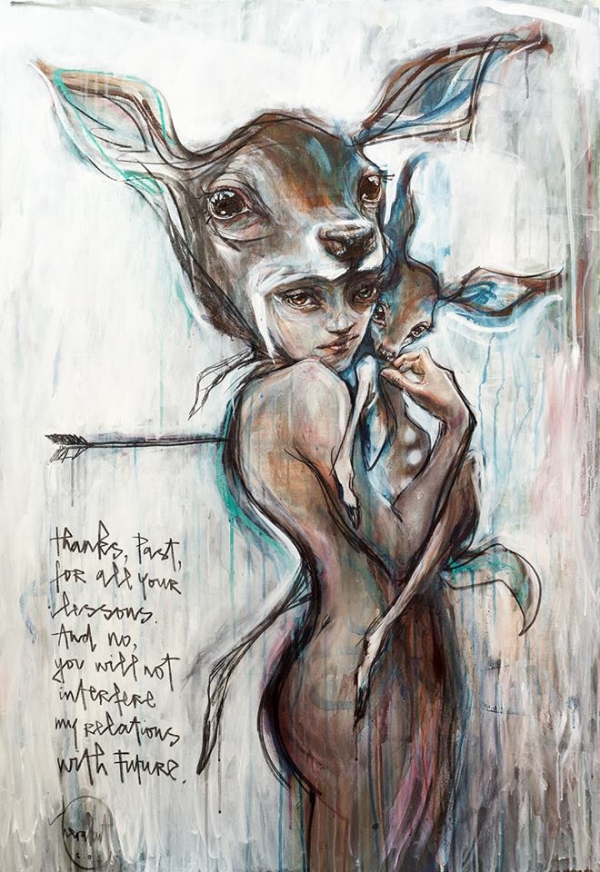 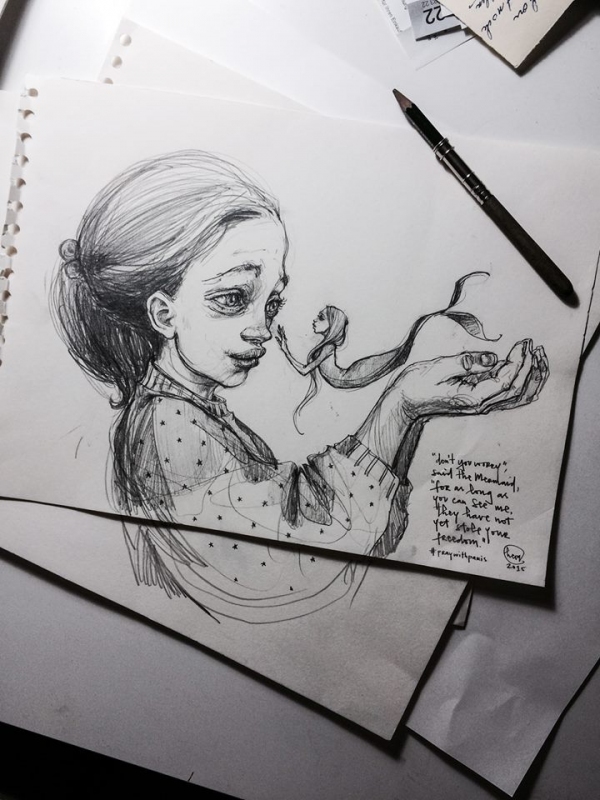 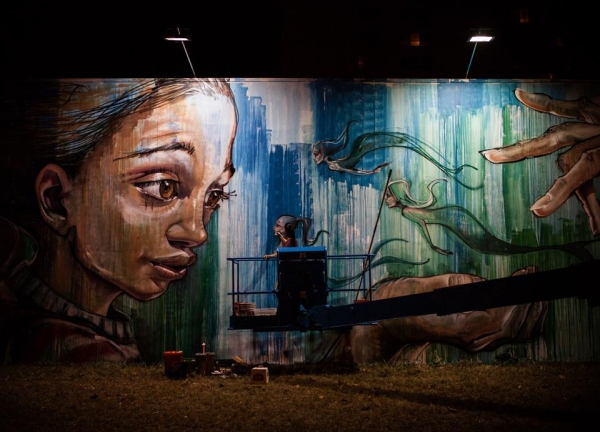 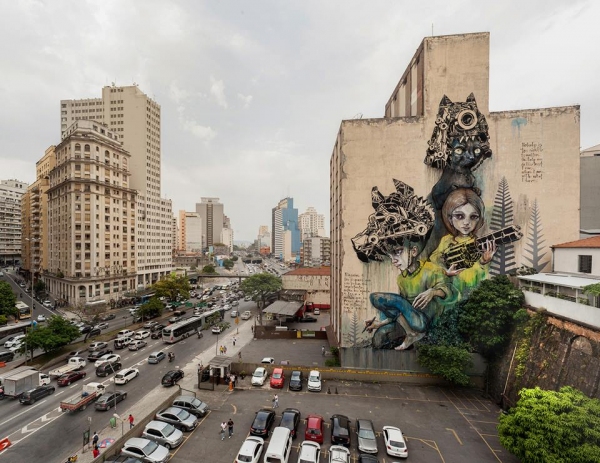 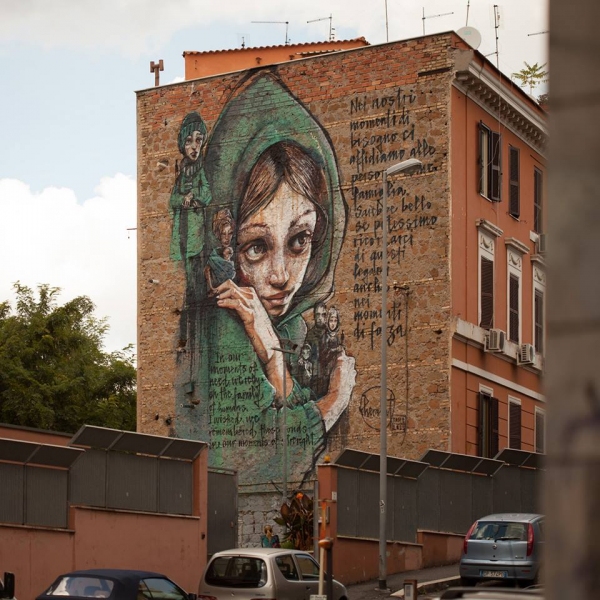 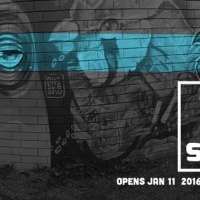 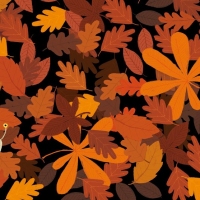 The elaborate, whimsical illustrations of an internet sensation.

Dutch muralist re-invents his drawings as a four-year-old.

Introducing the work of Julie Filipenko.

How good are your ballpoint pen skills?

Feast your eyes on the enchanting work of this artist from Montreal.