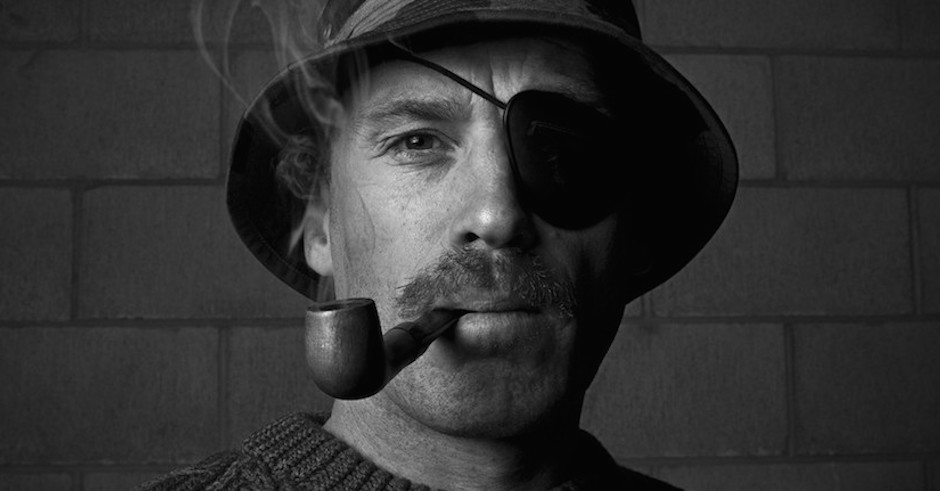 We took five with one of the upcoming Emergence Creative Festival's keynote speakers.

Some might say graphic artist Nick McFarlane leads a double life. On the one hand he is the senior designer for advertising agency FCB New Zealand. On the other, he is a graphic agitator, drawing attention to the bigger issues and injustices of the world through art. Music fans will recognise his work on the Prodigy's most recent album, The Day Is My Enemy. We spoke to Nick McFarlane - also an author - about his upcoming gig as Keynote speaker at Emergence Creative Festival, having beers on a Friday arvo and what he thinks about his two contradictory professions.

We're linking up with the team behind Emergence Creative Festival to shine the light on their upcoming event, taking place for the third time down in Margaret River, WA March 16-19. Head to the WEBSITE and/or FACEBOOK for more info. 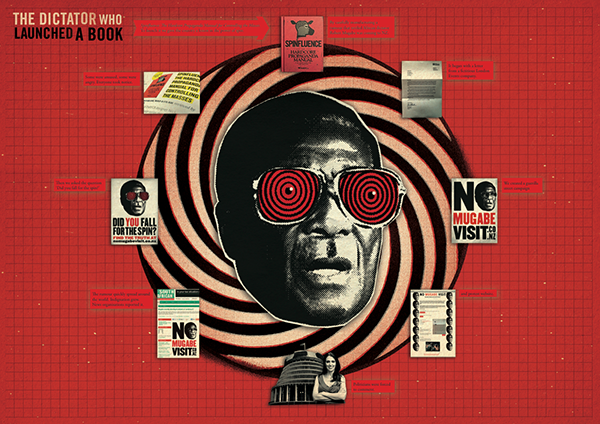 How do you feel about being one of the keynote speakers at Emergence Festival?

Really excited is the short answer! Emergence has created a great reputation for itself in its short history. Looks like this year should be a cracker too with lots of interesting speakers bringing their own unique perspective to the mix.

Why do you think initiatives like Emergence Festival are important for the creative industry and creative people?

It’s all about bringing people together and the cross-pollination of ideas from different industries, agendas and walks of life. It’s a chance to get inspired by taking a look under the bonnet at how other people’s creative engines work.

One of your titles is working as a Senior Designer for FCB New Zealand, why do you think FCB is such a successful and efficient creative agency?

At FCB New Zealand, there’s a big investment in agency culture. Initiatives such as Integration Afternoons that happen every Friday during summer. You can take the afternoon off, as long as you hang out in the courtyard and drink free beer. Strangely enough we all quite enjoy this! It’s that cross-pollination thing again. But really, what gives FCB the edge is that we focus on changing behavior, not just attitudes. This provides a solid platform for creating effective work.

You also adopt the term graphic agitator, can you explain that a little for people who aren’t across your various works?

I’m interested in the social and political issues that shape the world and how mass media translates these things for us. There’s a lot of spin and it’s often designed to influence our thoughts, feelings and behavior towards certain corporate biases or political agendas. I try to use my ability as a graphic designer to create provocative work that critiques or agitates against anything that I think is an utter load of bollocks! 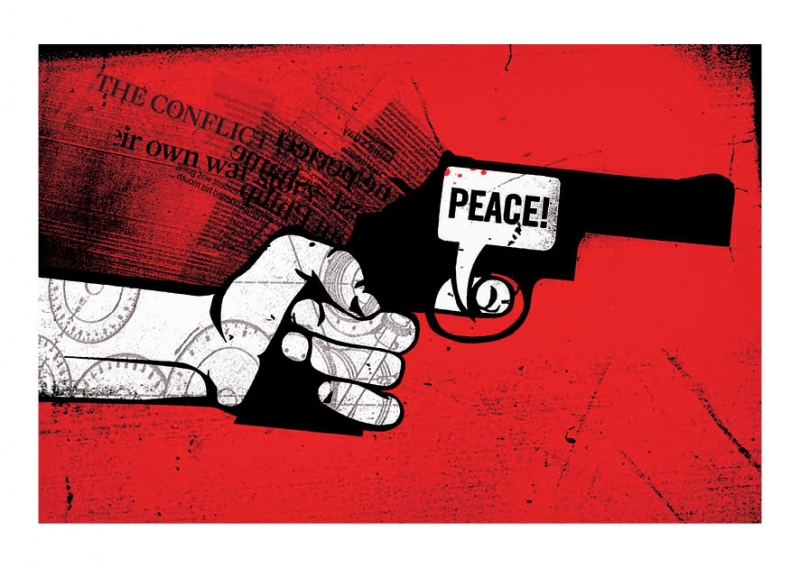 What do you hope to offer the world through your art and designs?

I like trying to work out how the world works; How do cultures interact with one another? How does mass media influence opinions? Why the bloody hell is there so much war? I then try to decode this, interpret and simplify it, before presenting it back in a way which is accessible, interesting and has a bit of visual impact.

Have you ever felt your two professions have a conflict of interest, with FCB being more commercial and your other work being more ‘political’?

That’s something I wrestle with often. Advertising is a form of propaganda after all. But propaganda is just a use (or abuse) of communication. It can be used for good purposes too. I guess I’m lucky to be at an agency where over the last year I’ve worked on campaigns to get people to install fire alarms, moderate their drinking, raise awareness about domestic violence in the family home, encourage breast and cervical screening, and wear life jackets when on the water. So there’s a lot of good which advertising contributes to the world. It’s not all getting kids to drink sugary drinks.

Some say we live in a very visually stimulated and saturated world, what exactly is the art of getting messages through visuals?

Everything begins with a killer idea – something that resonates because it’s come from a human insight. Having an understanding of what your audience wants. Once you have that you can build your visuals around it in the most compelling way. I prefer strong and simple for impact. Try and make it iconic to the point where people would want to wear it as a t-shirt or even get it tattooed! 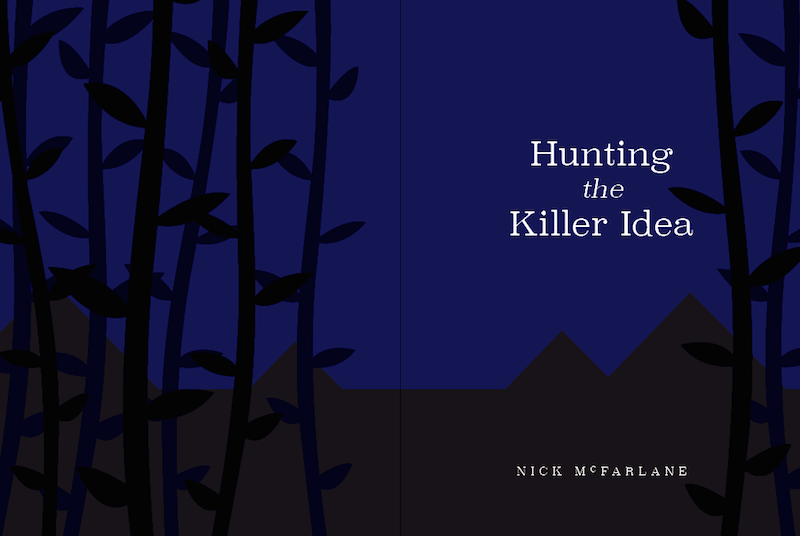 What kind of topics will you be covering as a speaker at Emergence Creative?

Hunting The Killer Idea is a talk about the creative process. And how there are many different approaches one can take. I track the method behind the madness and have a handful of stories – inspired by propaganda, The Prodigy and punk-publishing where I extract the underlying principles that anyone can apply to their field of interest.

Where do you see the creative industry heading in the future?

Digital’s the big buzz word at the moment. That’s cool, but for me I’ll always be drawn to classic simple ideas executed with blood, sweat and tears so you know a human behind it.

What would you like to see for the future of the media industry and the world we live in?

People should balance where they get their news. If it’s only through Western corporate media, you’ll only get a certain interpretation of the international events. There’s a much bigger picture that becomes visible when you look at a wider range of opinions. More people are realising this and turning away from the big networks towards either smaller independent journalists, or news services from other countries and cultures such as AL Jazeera or RT. 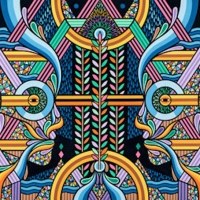 Framed: BeastmanWe look at the works of Sydney artist Beastman, and his new collab with Toffee Cases. 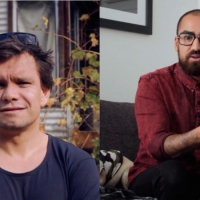 Artists Andy Quilty and Peche go into their process for Red Bull Curates - PerthAs part of the WA edition of the Canvas Cooler Project.
Art/Design