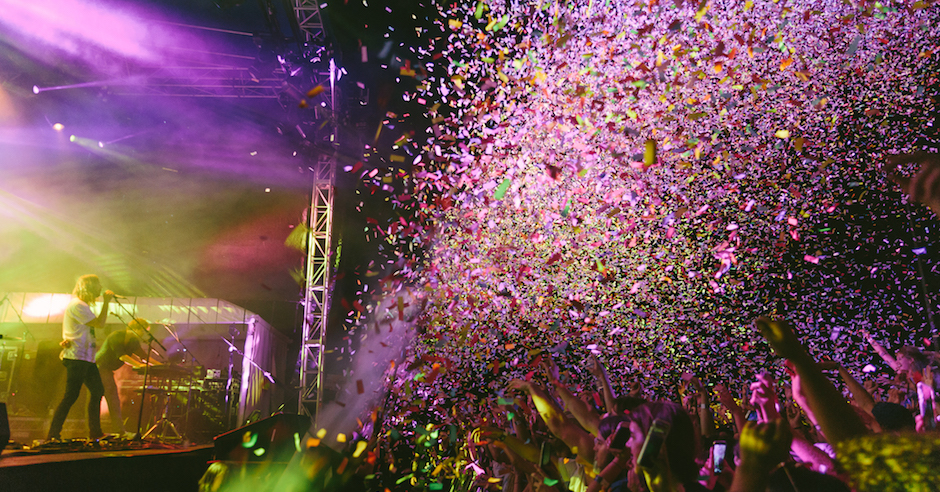 When curating a festival’s line-up, there’s a tonne of things at play. There’s the cost of each act, and the effect this artist’s booking fee will have on the ticket price. Is the act popular? Has the act recently released a new record? A new EP? A new single? Or, on occasion, have they been dormant for so long that people would buy a ticket to see them reform? There are thousands of acts around the world willing to perform at a festival, so which ones do you choose?

In Australia, it becomes even trickier. Whilst festivals in the US have free pickings between the hundreds of artists that live in the country, Australia’s isolation boosts travel and production costs, slimming the number of acts you can afford dramatically. This, evidently, changes the types of festivals you see in the US and in Australia. In the US, your big-budget mega-festivals reign supreme - Coachella, Bonnaroo, Lollapalooza and the likes. These festivals book the big, popular acts to headline, and then book an undercard of small, relatively unknown artists, to attract a wide array of people whether they’re fans of Beyoncé or an act like Pond or Shura. The recent deaths of long-time festivals such as Big Day Out proved that this method just wasn’t possible in Australia, so instead, we have a heavier emphasis on boutique events. Even then, there’s variation. Festivals like Groovin’ The Moo book sure-fire favourites who often just completed successful tours in Australia sometime in the past year or two and, on the other side of the spectrum, there’s Laneway Festival. 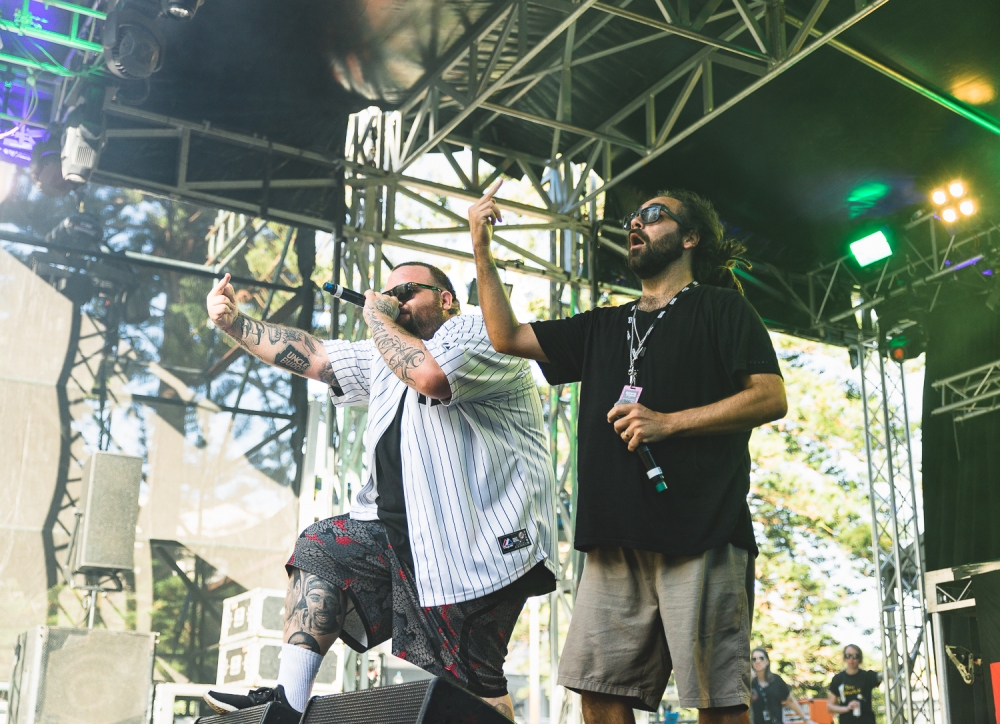 Laneway Festival’s booking technique is incredibly unique in Australia – at least in my opinion. Instead of booking acts that are safe and would ensure the festival’s sell out in the weeks following the line-up announcement, Laneway Festival play the long con. “Argh I only know of 3 acts on this year’s bill, I’m gonna give it a miss” is something you hear often around a Laneway Festival line-up announcement, but, when the festival comes around some five-six months later, a large portion of the acts are your favourites who otherwise, would probably not tour Australia for another year or two later when their popularity boosts. As Brandon Stosuy (curator of Basilica SoundScape Festival, among others) said recently, “Be picky. Think of yourself as a curator, not just someone mindlessly adding all the “big” bands in any given genre or scene.”

Laneway applies this like none other in Australia, and the records show it works. It’s one of Australia’s most successful festivals still on the market, and this year it continued this by selling out all their east-coast dates. Jess Kent, NAO and Camp Cope sweltered early in the day, the latter of which drawing a significant crowd for an act that was virtually non-existent a little over a year ago. Tash Sultana and A.B. Original made the same point just hours later. If he were to perform some six months earlier, Tourist would’ve played to a crowd in the dozens, but, with the success of his debut album U, the English beat-maker played to much larger crowd - who all had rave reviews despite the pre-sunset set time dampening his accompanying light show. Clams Casino and Tycho made long-awaited trips down under off the back of highly-successful albums in late 2016, the latter of which’s dropped after the festival’s line-up announcement and the former’s arriving just a month earlier. In fact, the only act on the festival’s entire lineup who hadn’t recently released music since last touring was Tame Impala – and if Tame Impala is the safest act on your line-up announcement you’re doing a pretty darn great job. 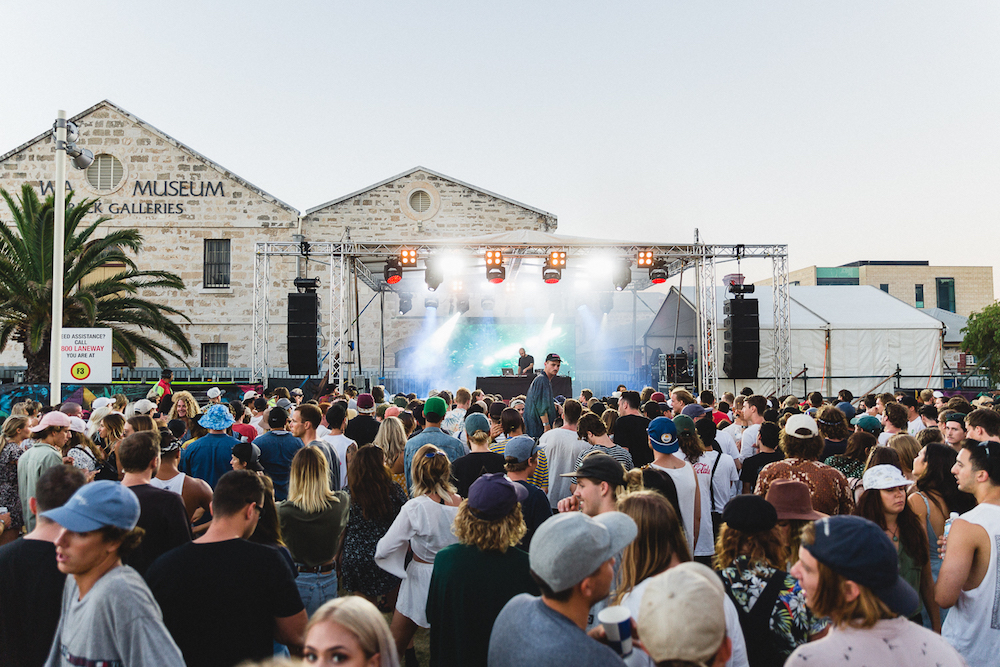 I’m not here to say other festivals aren’t risk taking. Falls Festival just toured one of their best bills yet despite ongoing cancellations and Groovin’ The Moo, who often get slack for booking rather ‘safe’ line-ups (which do appeal to their > 18+ market, by the way), are bringing acts like K. Flay down for their debut tours. But Laneway Festival will always be the one who surprises me. Their ability to identify trends in music and at-home listening months and months in advance – often incredibly accurately – is unmatched in the rest of Australia and because of this, their line-ups will always be Australia’s most interesting.

Anyway, kudos to Laneway Festival for another stellar year in Fremantle. Here’s our best bits from the day’s proceedings – from NAO to Tame Impala, and a whole lot in between.

NAO’s set at Laneway Festival was one of my most anticipated. Obvious favourites, such as her guest feature on Mura Masa’s Firefly, spawned large, crowd sing-alongs in comparison to cuts from her July-released debut album For All We Know, where the crowd was more involved with dancing along than singing back at her word for word (something NAO pointed out mid-way through the set). On stage, The British vocalist, who was joined by a full live band, mirrored the live energy of often-compared artist AlunaGeorge, seemingly unfazed by the heat of the early-afternoon sun as she danced across the stage for her 45-minute set. Honestly, seeing that her on-point recordings are almost perfectly matched when played live has me really excited for NAO. Like, this chick can be the next big popstar excited – and I just saw her at 1:15 PM in the afternoon in a small park in Fremantle. 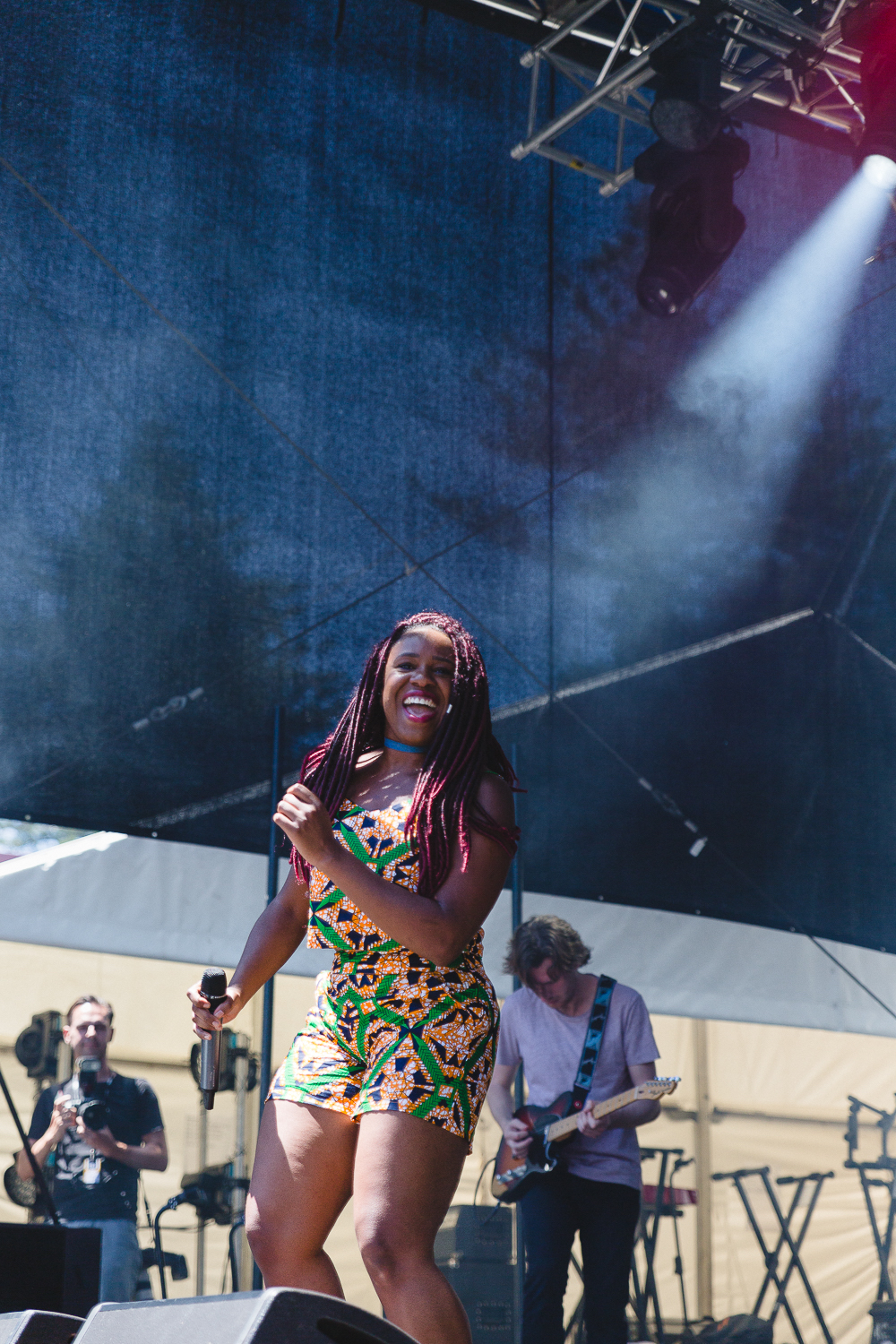 In the past, Laneway’s Future Classic stage (often shared with Red Bull Music Academy – but not this year) has been buried down a literal laneway in Fremantle, with massive buildings down the side. Although pretty, this set-up doesn’t do much in terms of audio quality and acoustics, but this year the organisers switched things up a little. This year, they made the Future Classic stage an open-air stage to combat these problems and truly let the acts, like Bob Moses for example, shine without the hampering of reduced audio quality – and it worked. The Canadian live act dazzled, playing to a small, yet dedicated crowd fresh off the back of touring with RÜFÜS earlier last year. Their reputation as a live band was backed-up, fascinating the crowd with an electrifying stage presence – which is hard to do on a festival side-stage early in the afternoon, let alone with Australian powerhouse Tash Sultana playing the mainstage at the same time. 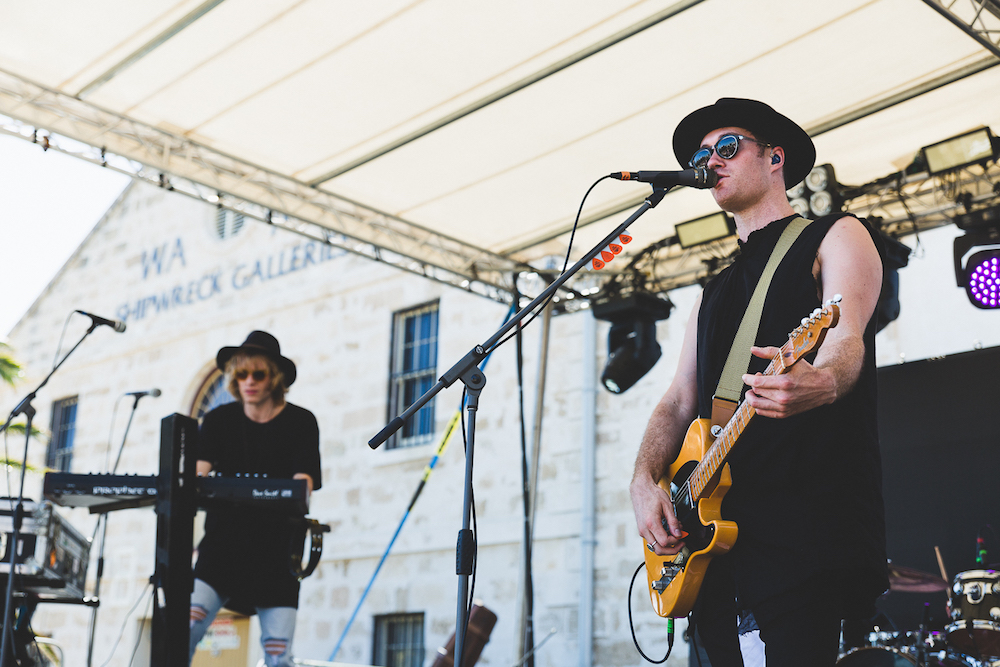 “Oh man, this is the set I’ve been looking forward to this whole festival” muttered pretty much every single person around me in the minutes preceding Tourist’s debut show in Fremantle, and for a good reason too. Delving into a range of tracks from his debut album U (and a couple of anthemic singles which arrived before it), the British producer gave Laneway’s final leg his all, injecting a much-needed boost of house energy into the festival’s weary crowd. From the album’s title track, to Run, to I Can’t Keep Up, Tourist’s Perth debut was full of excitement and liveliness, despite little interaction from the introverted producer on stage. The only downside to his performance was the fact that it was in the late afternoon, which would be fine if it wasn’t for his renowned accompanying visual show, with the lights just not packing the same punch during the day as it would’ve at night. 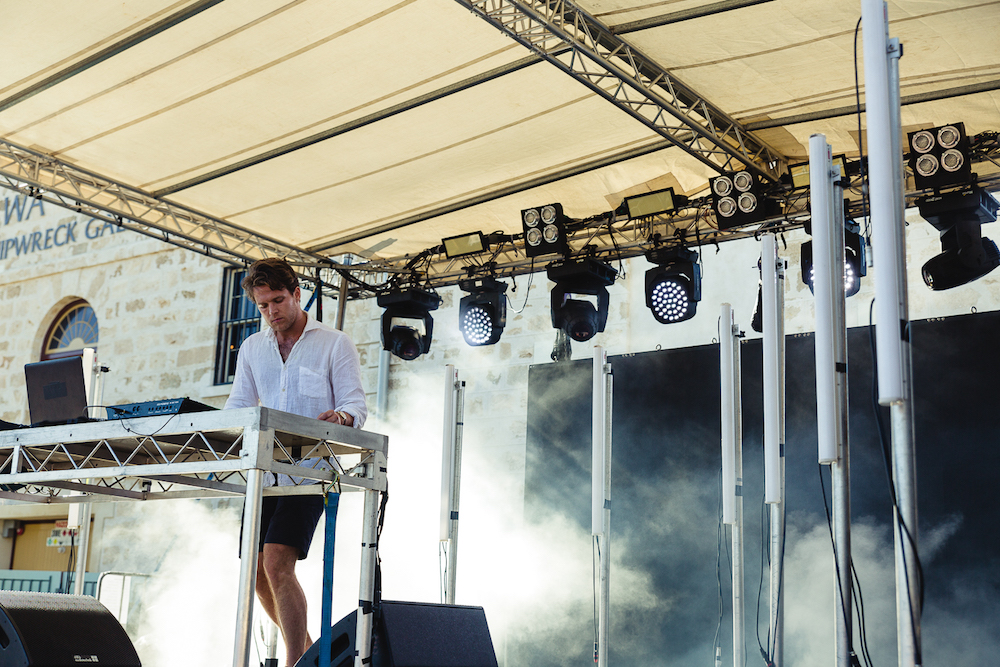 Competing with Nick Murphy on the main-stage was always going to be a tough one, but Jagwar Ma fought this head-on and absolutely killed it. Their live return to Perth was full of energy and drive, pulsing with some rave-like themes towards their set’s climactic closing. The first time I caught Jagwar Ma performing live was at Big Day Out some four years ago now, but, now armed with their new album Every Now & Then, Jagwar Ma’s live show has definitely beefed up, so much so that I would consider them to be one of the best live electronic acts in the country.

In what was their last show before taking some time off to record their new album, Tame Impala were natually going to give Laneway’s Fremantle leg their everything. This, crossed with the fact that Tame Impala front-man Kevin Parker originated in Fremantle (he made a joke towards the end of the show saying that he could literally walk home from the main stage), meant that Tame Impala’s headline slot at Laneway would be incredibly special – and it was. With stand-out tracks including Feels Like We Only Go Backwards, The Less I Know The Better and Let it Happen, their home-town return was near-perfect. Huge confetti cannons and mass crowd sing-alongs gave Tame Impala’s concluding show a factor that I’ve never seen from a Laneway Festival headliner in the past, filling every space of their hour-long set with positive, upbeat vibes. A+. 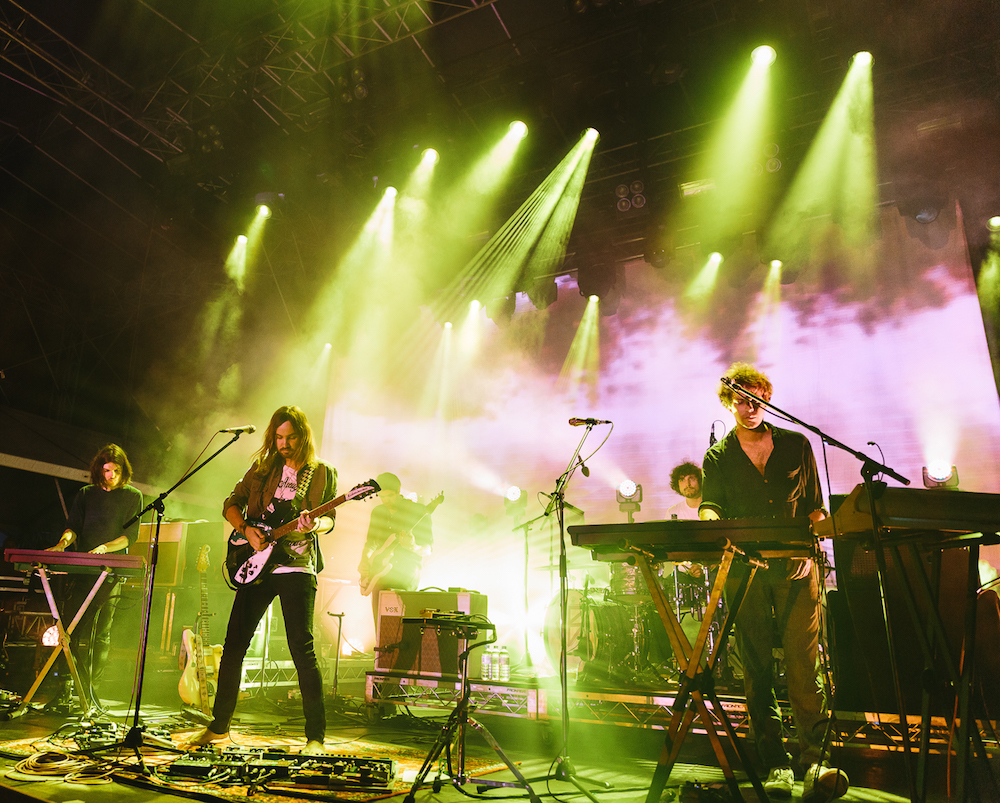 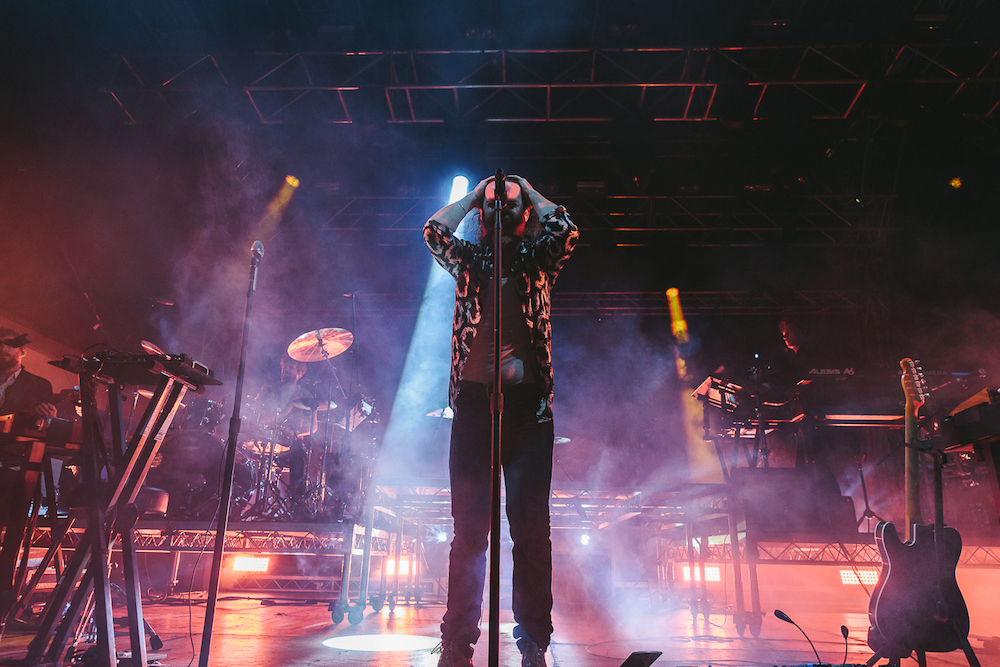 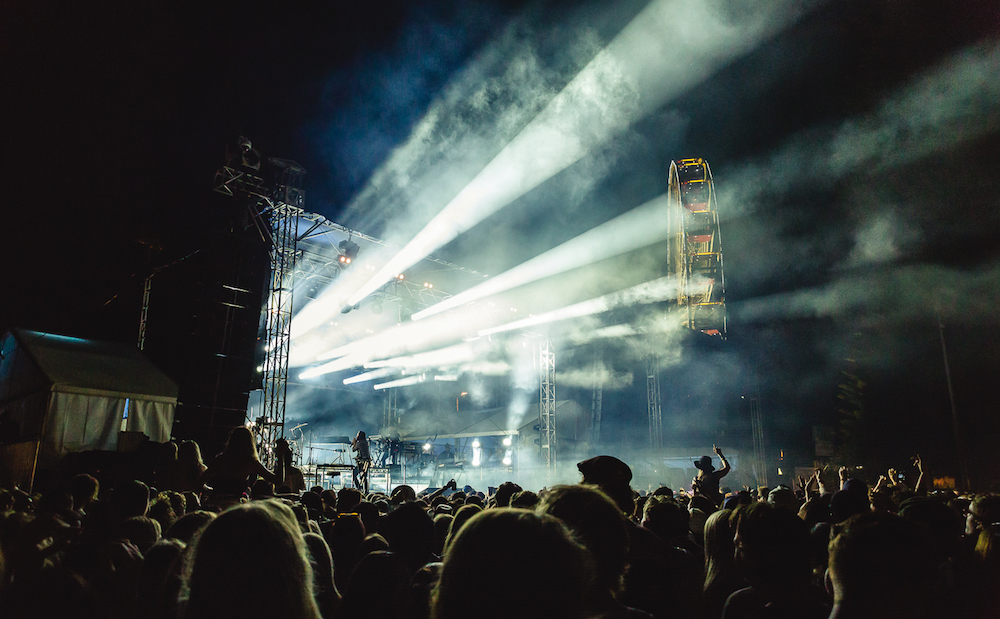 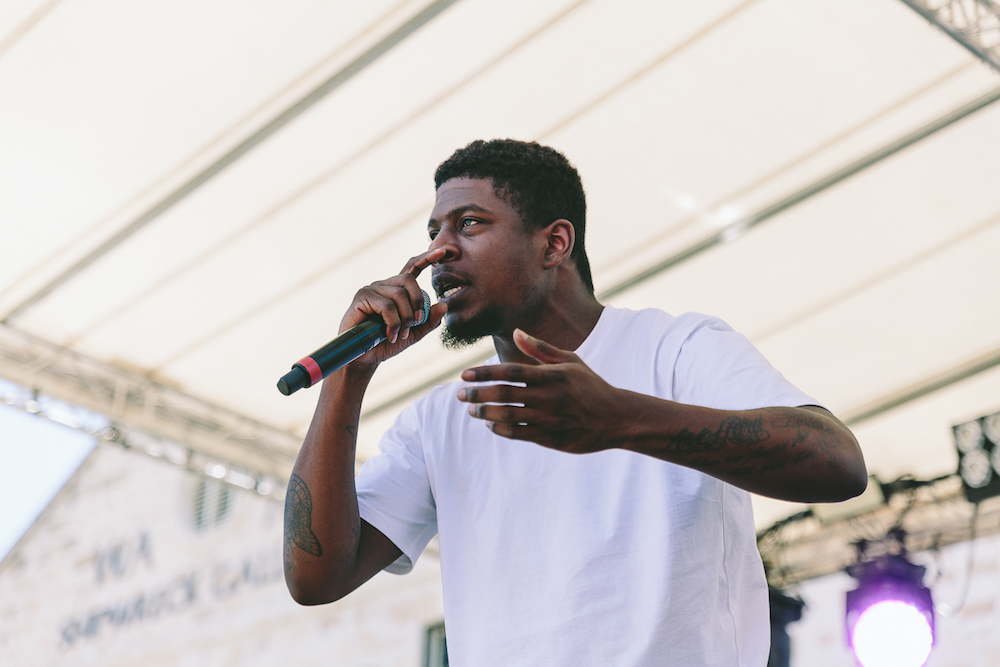 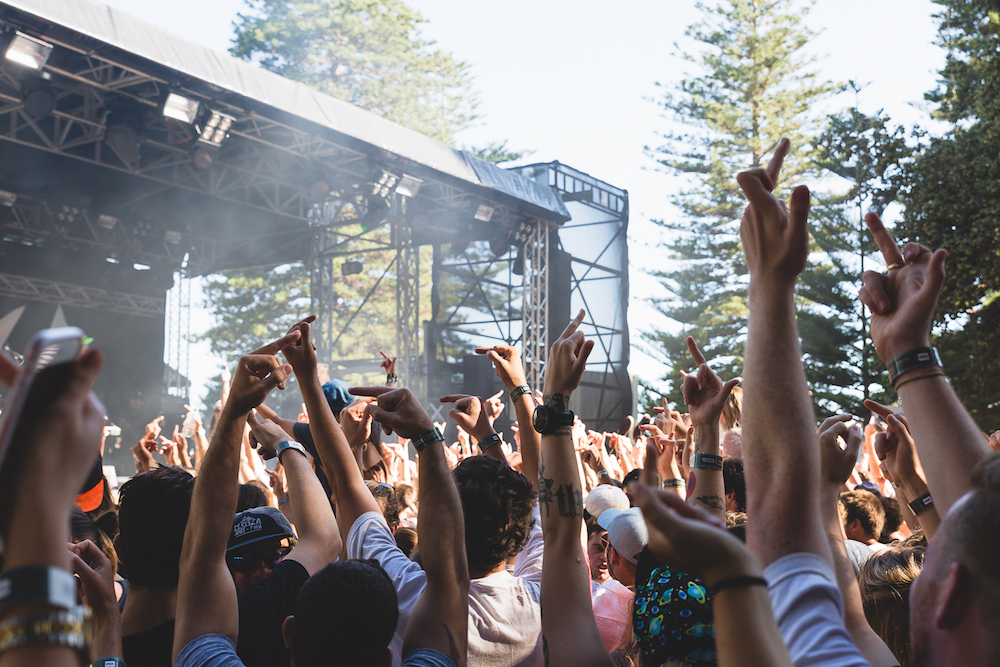 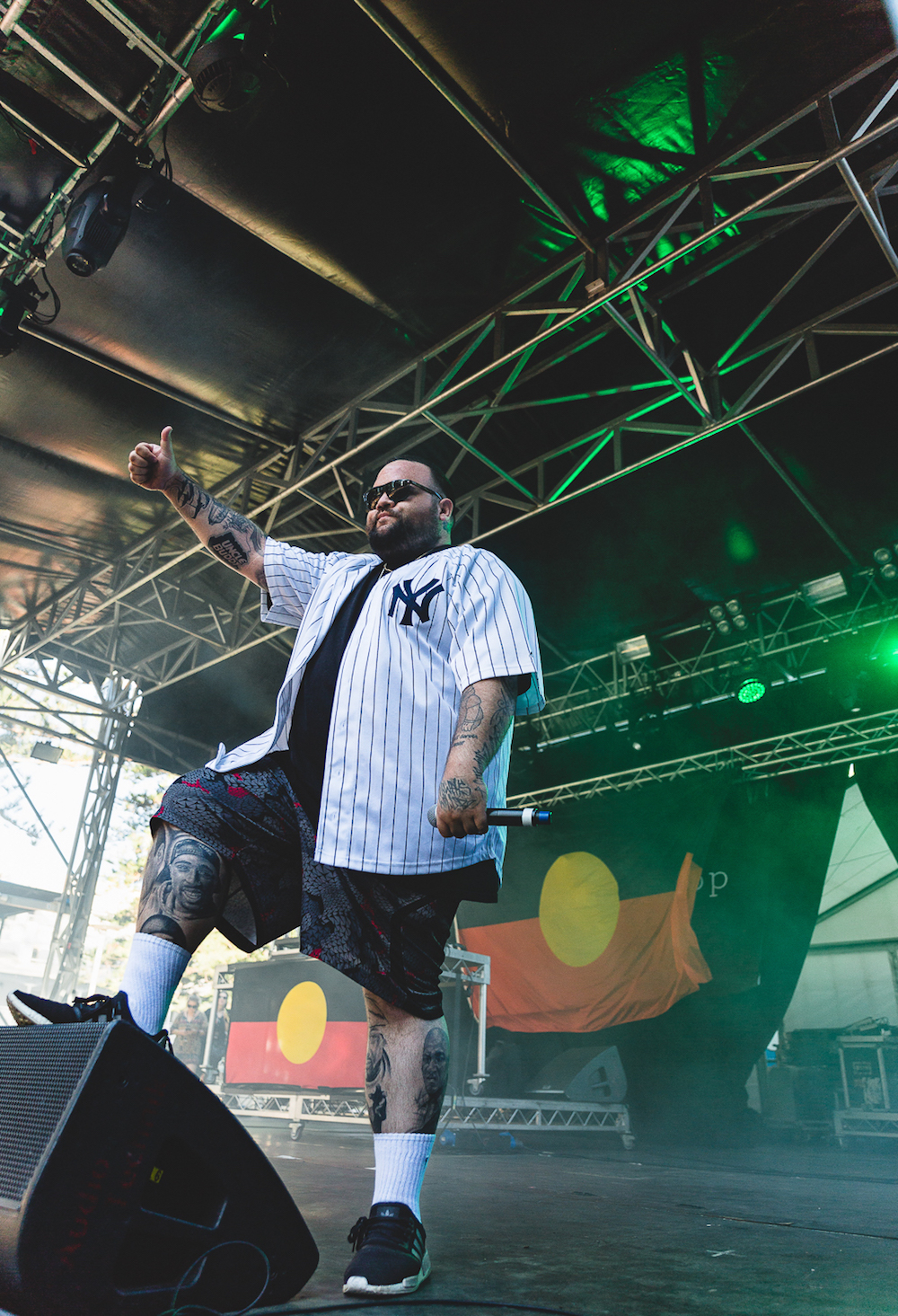 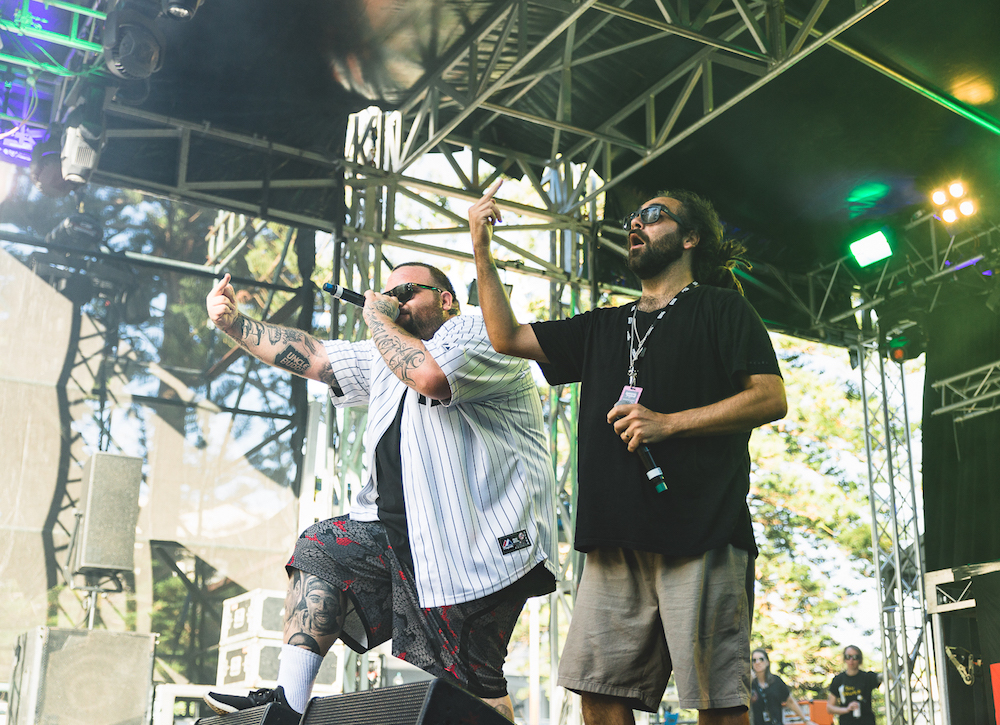 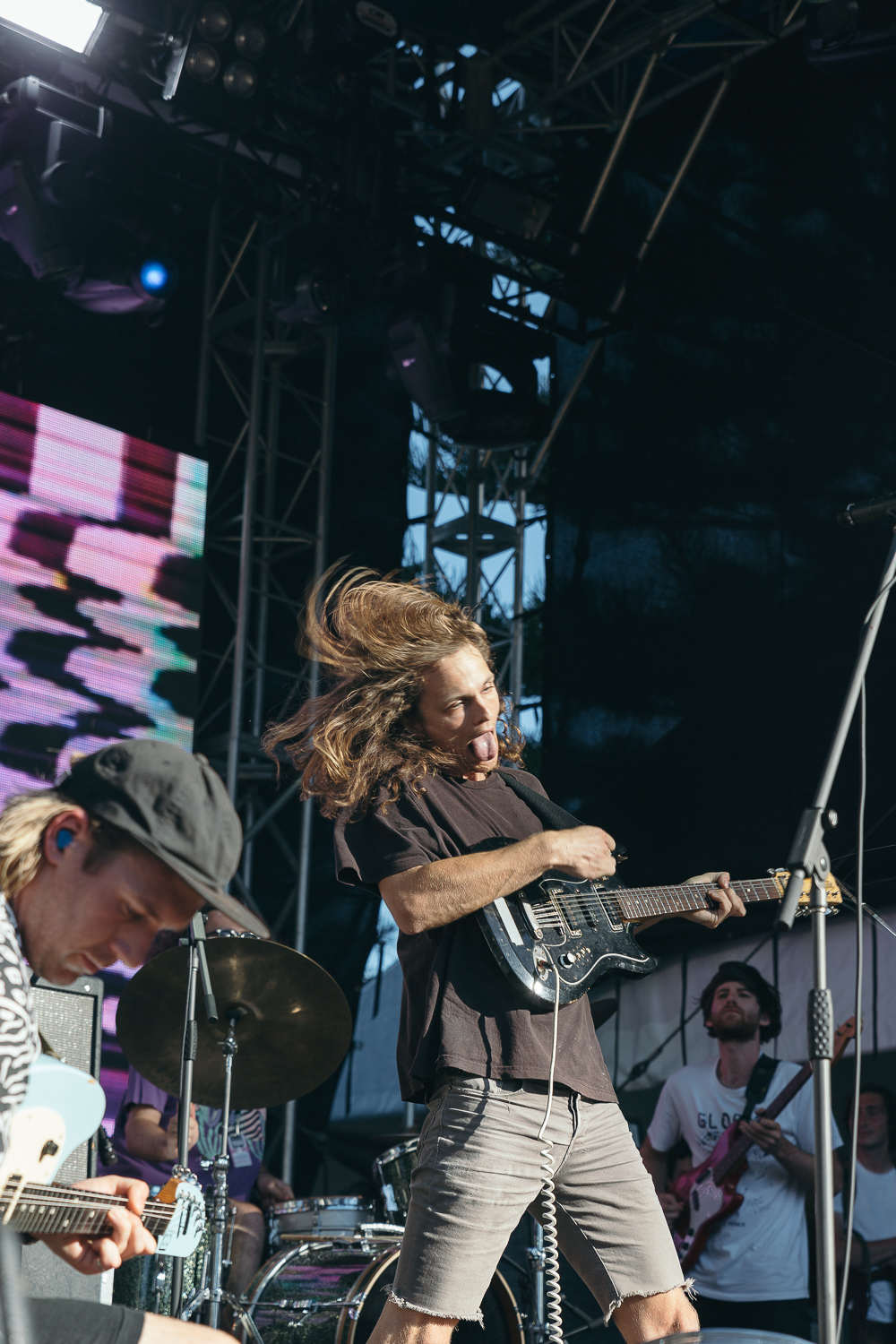 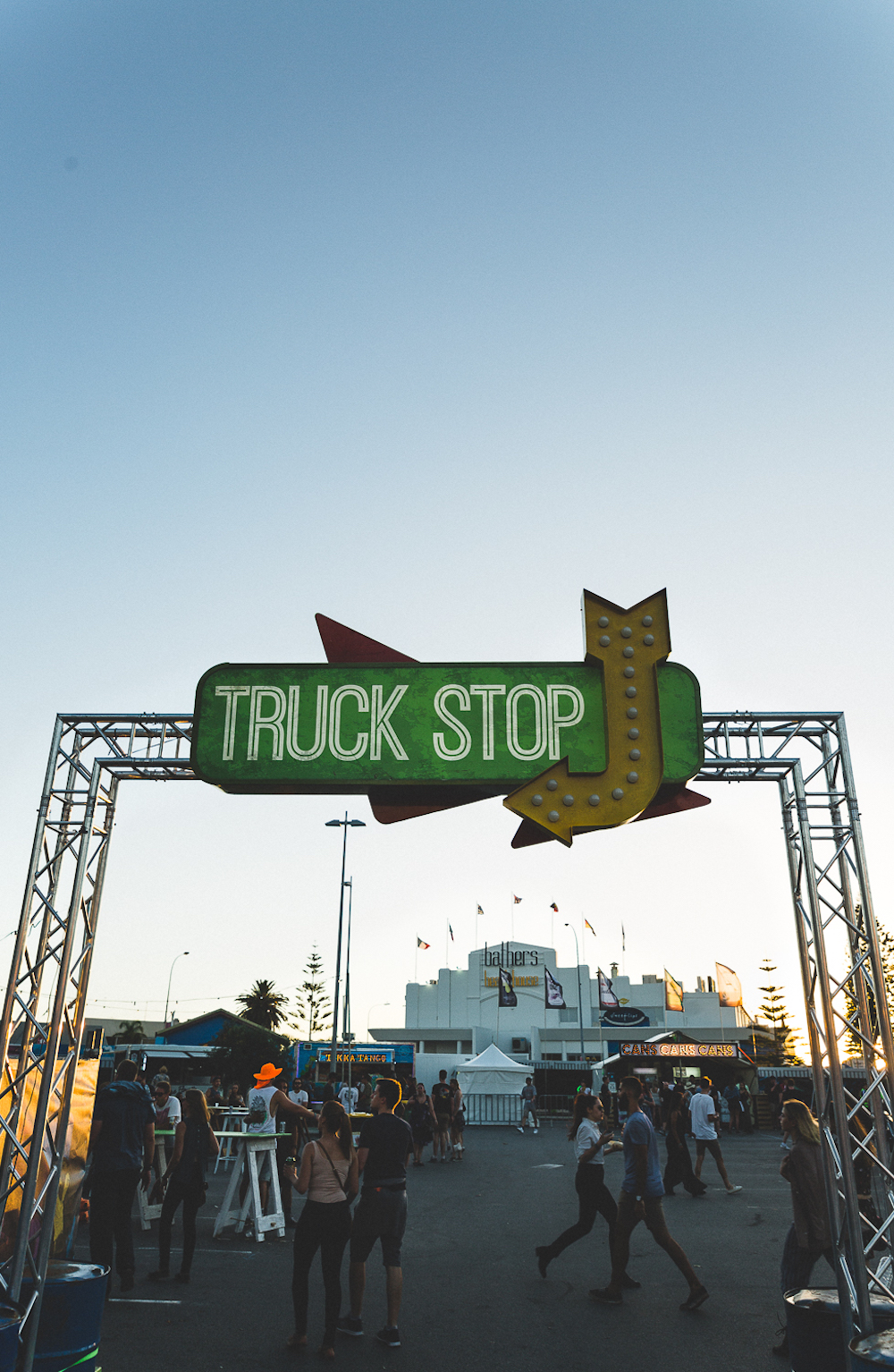 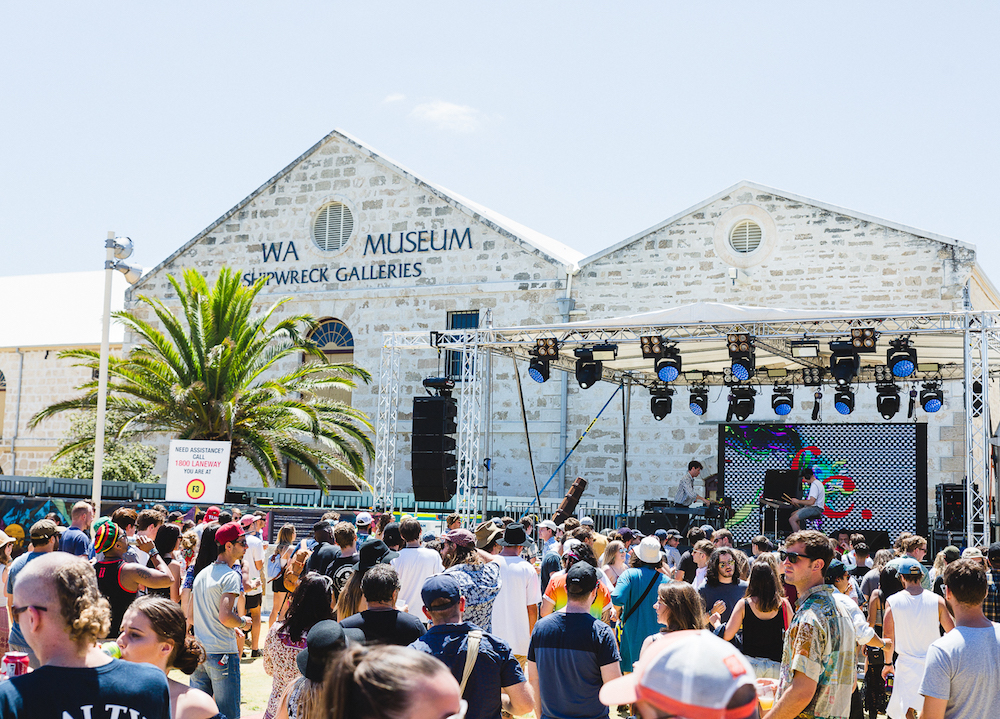 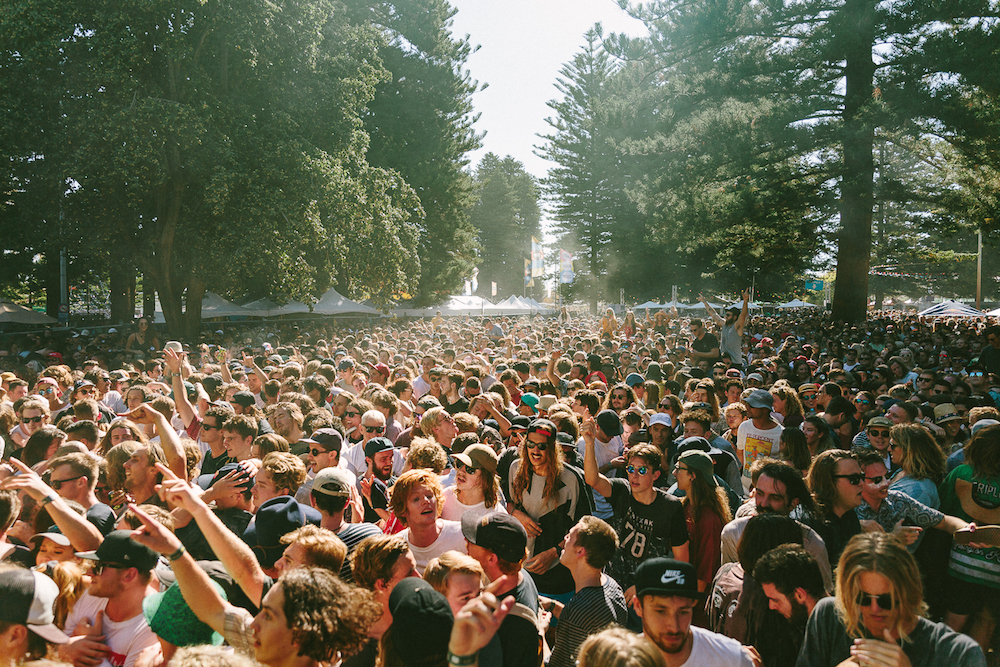 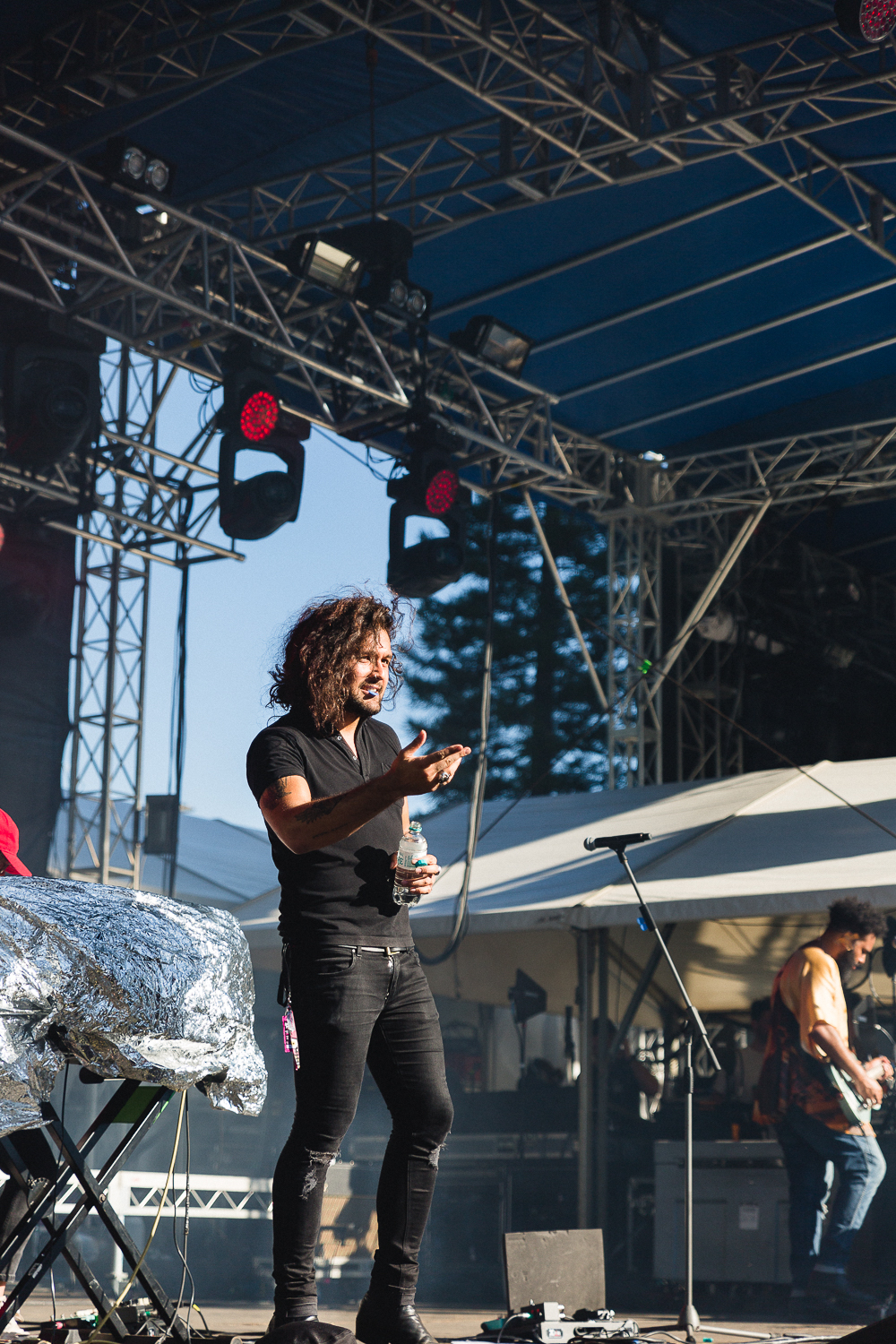 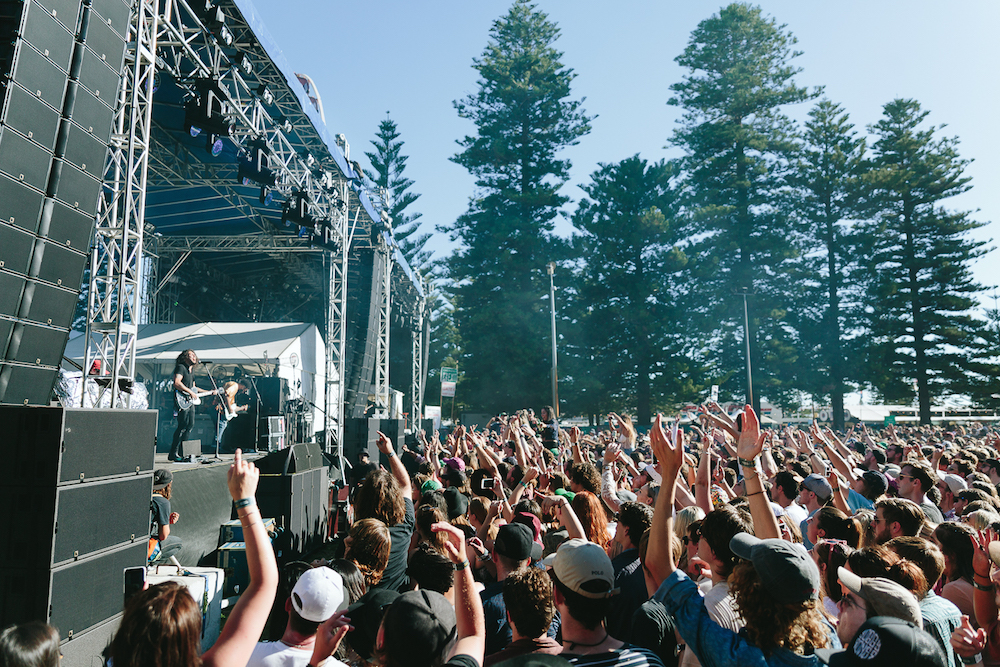 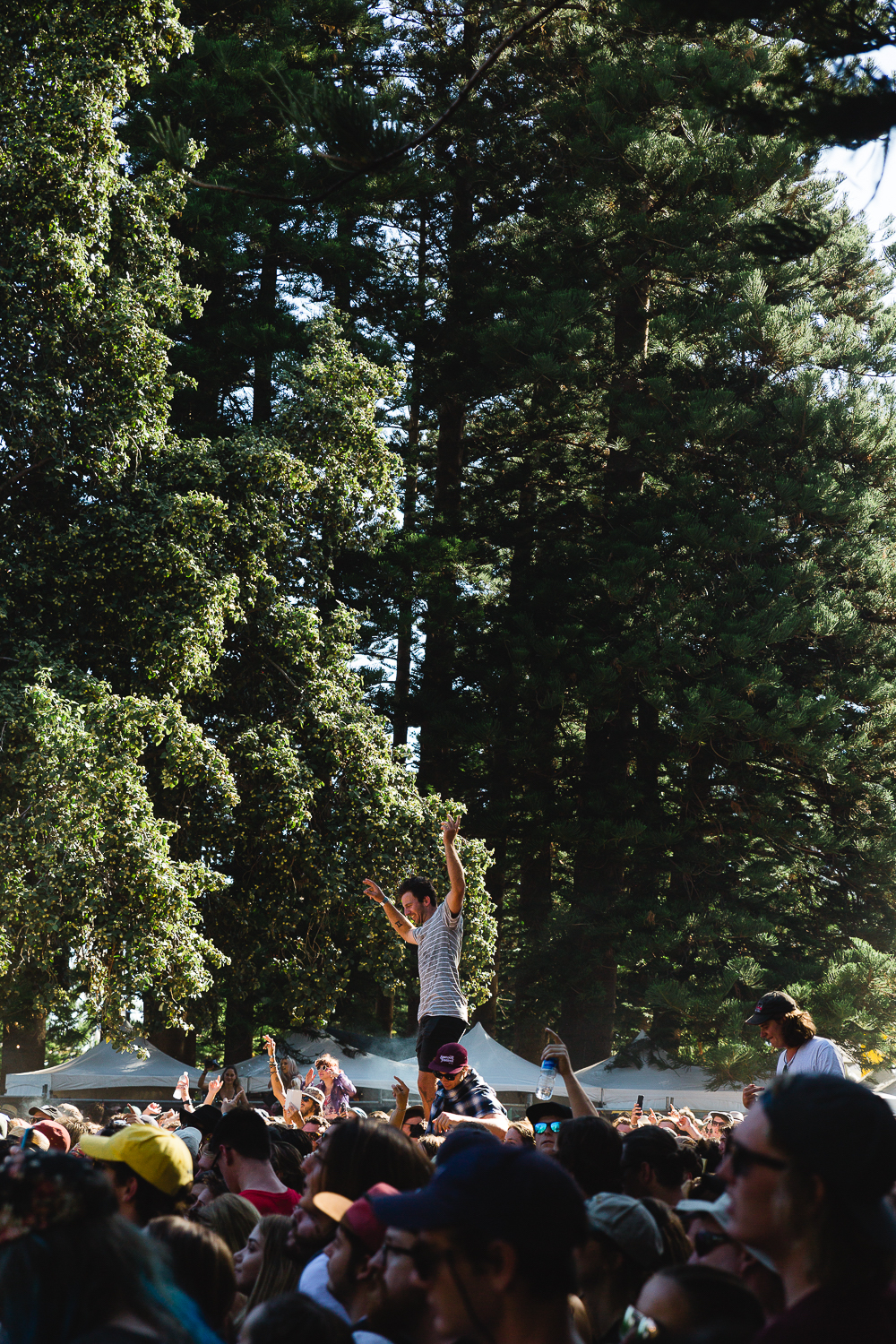 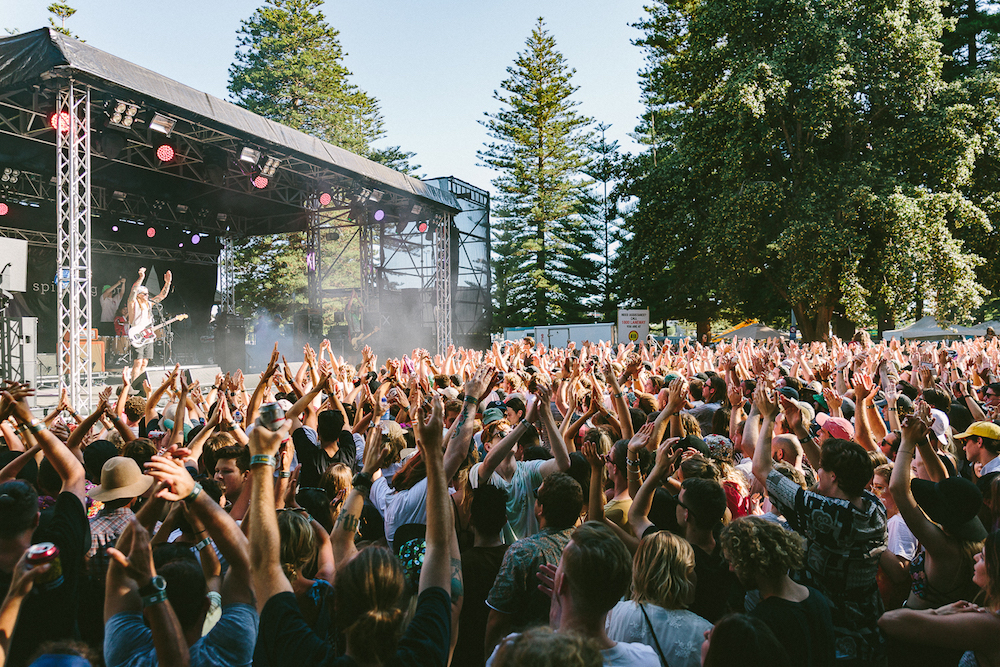 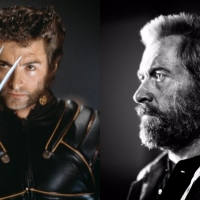 Every Wolverine-featuring movie ranked from Logan to X-Men: OriginsA fitting finale for the much-loved X-Men character. 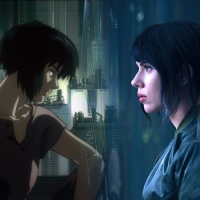 I For One Welcome Our Live Action Anime OverlordsThe upcoming Ghost In The Shell live action movie is just the beginning.