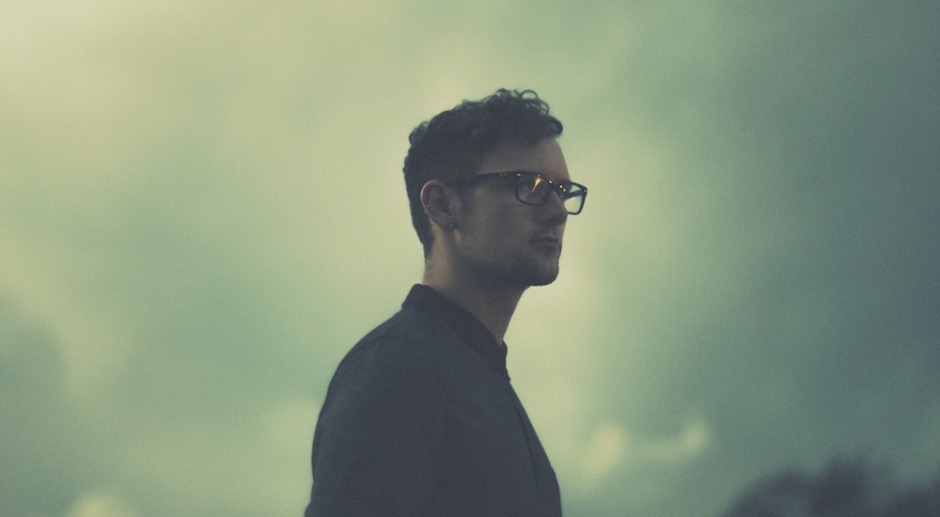 It’s been relatively quiet in the world of The Kite String Tangle in the latter half of 2015. Following a breakout 2014 that featured Danny Harley capitalising on his initial single Given The Chance with the fantastic debut EP it would lay home to, Vessel, we haven’t heard a helluva lot. To be fair, earlier this year we were gifted with his stunning collaboration EP with Dustin Tebbutt, Illuminate, but now it appears the focus has returned back to his solo output, and more specifically, a debut LP.

After the announcement he’ll be joining Wonderland Festival lineup in WA this coming December alongside Alison Wonderland, Dune Rats and more (info/tickets HERE), we had the chance to catch up with Harley to see where things are headed.

Hey man, what’s been going on these past few months?

I’ve done a bit of touring, I did the Illuminate tour with Dustin Tebbutt, did a small US tour as well. Some shows and writing there. Also went to Google headquarters and YouTube headquarters which was rad. It was part of this Google campaign thing where they flew artists over from each label and gave them a tour of things and we get the opportunity to collaborate on things with Google and YouTube. The offices are pretty cool, not quite as cool as they make it out to be (laughs). I think I had really high expectations. The Youtube office did have a three-story slide, which was pretty rad.

A couple were showcase vibes, then there were two festival slots and a club night. Those were to give me something to do over there, and fund a bit of the trip. It was more about the showcases over there. But the shows all went well.

What’s your following like in America at the moment?

There’s no one place that everyone’s coming from like with triple j over here. There’s some people from Spotify, some from YouTube… People are discovering my music over there from a whole bunch of different avenues. Which is cool. Especially coming from Australia where there’s a pretty clear popular route to get to bigger shows. It was refreshing. If you just keep putting out good music and doing different/interesting things people will like it. I think people can get a bit down and then triple j or blogs aren’t picking it up, they can get a bit disheartened in Australia. 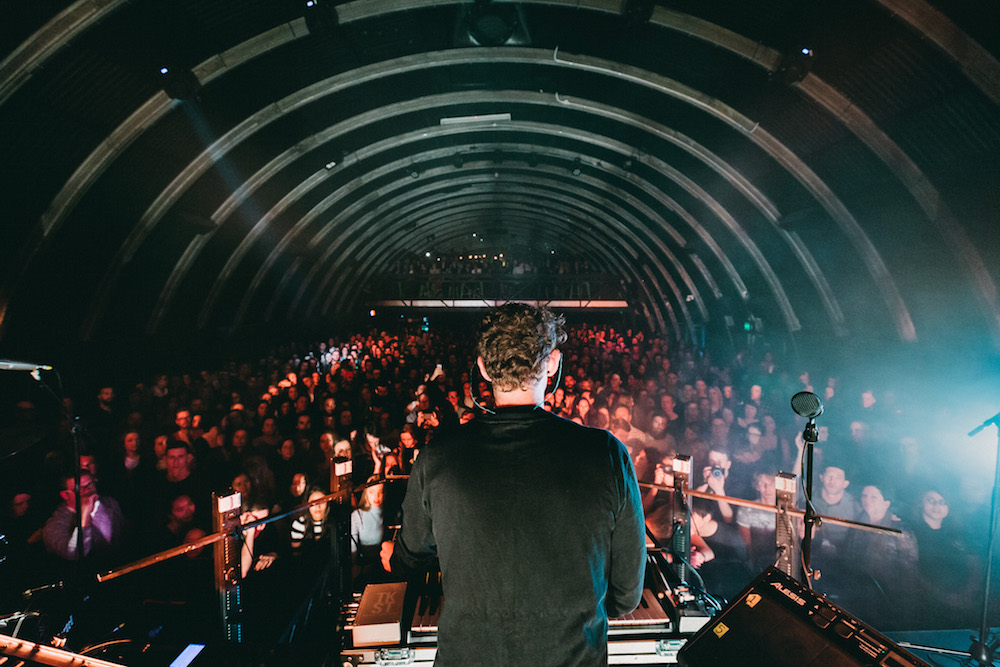 And the writing you’re doing, is that for your next release? What’s it going to be?

I think I’m gonna do an album. That’s what we’re looking at at the moment. I’d really like to. I’ve been doing music for 10 years and haven’t released an album so I’m pretty keen to do the album thing and release my first body of work. And I feel like I’m in the position where I can do that now. I’m pretty excited about that, as a concept (laughs nervously).

I imagine there’s a fair bit in the bank.

I’m sitting on a whole bunch of tracks. But I’m trying to write as many songs as possible, before I start cutting them down and perfecting them. They’re all at the demo stage, I’ve probably got one-and-a-half albums already written. I wanna get to like three albums and then carve the best album out of that.

Is that what you’re doing at home?

Yeah it’s pretty heavy on that at the moment. I’m hoping that I’ll have a few new songs for Wonderland, and it’ll be cool to road test them. It’ll probably be the first time anyone will ever hear some new stuff, which is exciting. 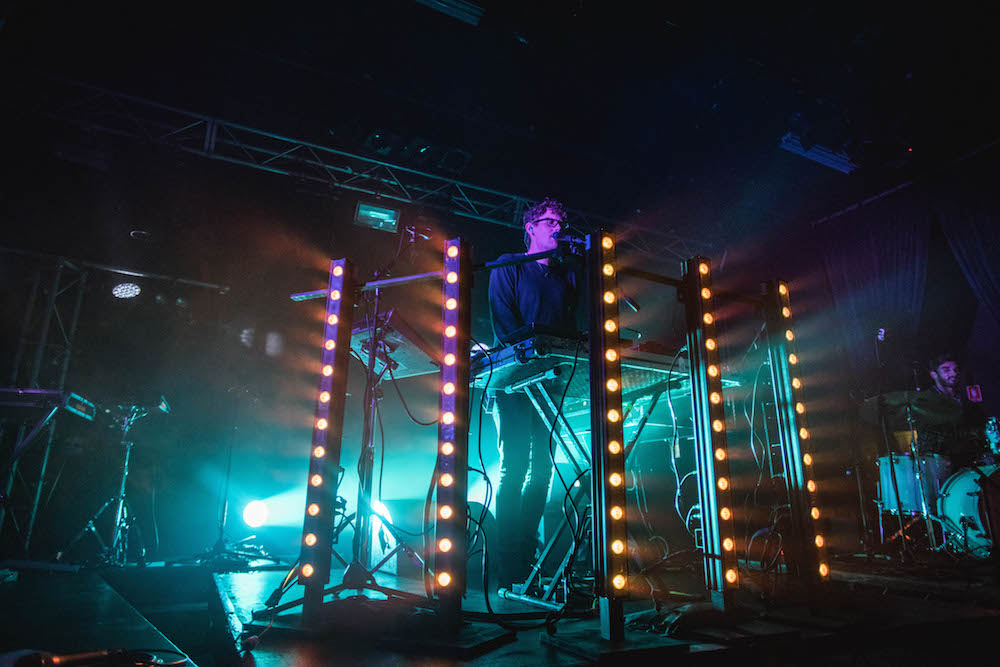 Yeah I’ve added a drummer, which is cool. It’s been a good move, it feels so much better on stage. It’s a really nice energy. Apart from that, I’ve upgraded my gear and sound stuff, although you probably wouldn’t notice it from a punter point of view…

So what’s a typical day/week for you at the moment?

It’s interesting because my management are in Sydney and I’m in Brisbane obviously. And my own sorta purpose is to write music, which is strange. It’s the dream actually. Living the dream I think. But it’s weird. I have to keep myself really motivated. I think it’d be quite easy for some people to forget what they’re doing or just partying all the time. But that’s part of it as well. And those things will end up being the experiences that people write about (laughs). For me though, I’m trying to make sure I’m really productive and writing every day as much as I can.

I’d say I’m just over 50% over the album writing process. There’s definitely been a few points where I’m totally uninspired though. And getting out of those times is the hardest.

Do you have techniques for that kinda stuff, pulling out of those funks?

One thing I’ve learned is to constantly change the environment and the tools I’m using. Change is a really good thing. If something’s getting stale then going to the beach, or going to the US was really cool as a change of scenery. Work with other people, use heaps of synths and outboard gear, and then none at all. Just constantly giving yourself little restrictions, and then no restrictions, just changing it up as much as possible is what I’ve found works best for me.

We’re looking to release the next record sorta early to mid-next year, and that’s already been pushed back and hopefully not get pushed back again (laughs). 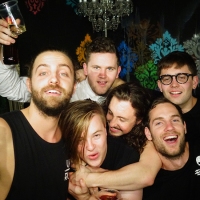 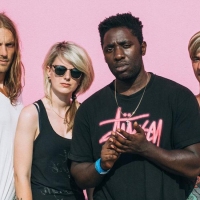