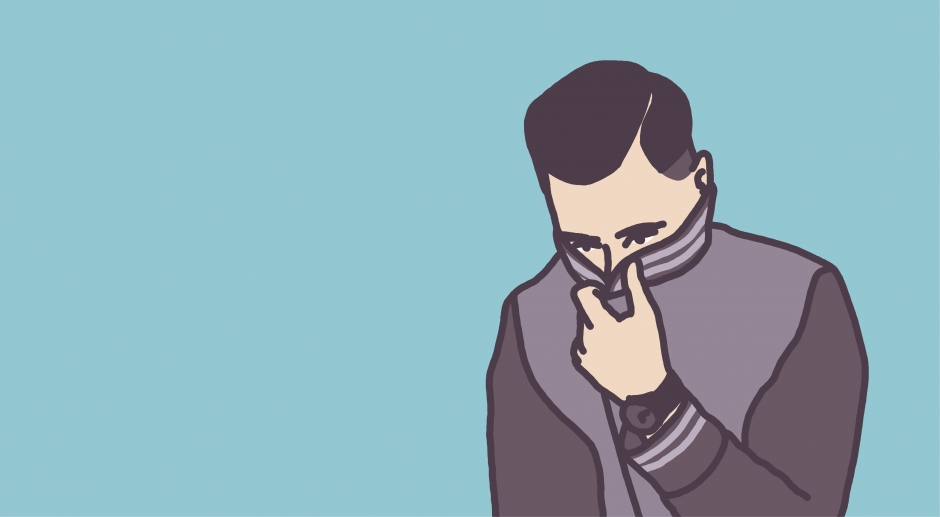 Header artwork by our pal Ash Schmitt - check him out on INSTAGRAM.

You’d be hard-pressed to find a busier dude in electronic music than Reggie Matthews. From his personal productions under the Ta-ku moniker to his consistent photography output, alongside working with brands on various fashion campaigns, the Create & Explore project, #teamcozy, and his HWLS side project with fellow WA-based producer Kit-Pop… These are just a few of the things Matthews’ can be found working on any given day.

Then there was his recent In-Residence Photo Series Exhibition/Panel/Discussion/ Video Screening and Talks for a week in Sydney. Oh, and he’s also gearing up for a live tour of Europe, to go with a recently-announced WAFIA colab EP – (m)edian.

He’s also co-founder of Perth’s Weston’s Barbershop - a fact that had this humble scribe desperately wanting to name the article you’re now reading, “Ta-ku: A Jack Of All Fades”. But for now we’ll try and keep the focus on his upcoming musical and creative output, which includes two live shows as part of Vivid Sydney, along with a first-ever live performance in Western Australia as part of State Of The Art Festival this coming Monday 6 June.

While the term “creative” is bandied about plenty in 2016, Reggie Matthews is one in the truest sense, and I had the fortune of picking his brain on a number of topics, to try and figure out what drives someone to have not just his volume of creative output, but one of such an incredibly high consistency since day dot.

With people like Ta-ku, sometimes it’s better to just take a seat, listen, and learn:

On his upcoming collaborative EP with WAFIA:

Probably about a month and a half ago that we decided we should really try and look at doing more of a considered collaboration together, to sit down and actually go ahead and do that. So we kind of put time aside to get in the studio together, we put about three days aside and we smashed it out, and yeah, it was a great experience.

We kinda just put around eight hours aside each day to try and finish this EP, and all of it was done on the spot, in the studio, so it happened pretty fast but it was really dope. 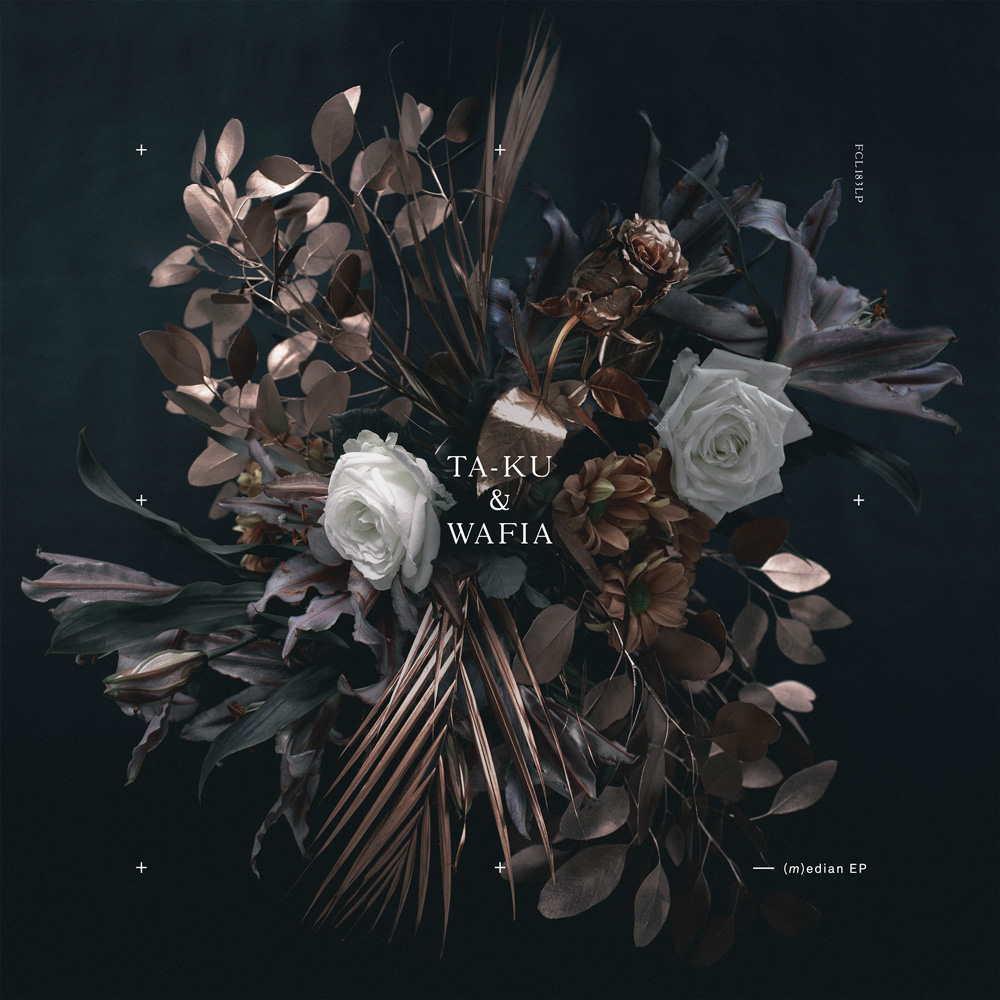 On photography, and its relationship with music:

About a year and a half ago I picked up a camera and started to shoot more, and then from that all these other kid of creative initiatives and ideas kind of flowed from that, being able to take my own imagery and things like that… I'm still kind of learning and feeling my way around it all, but it's definitely changed a lot of things that I'm doing and there are a lot of different things that I'm kinda getting into now.

On adding “vocalist” to his repertoire, pushing himself and trusting fans to come with you:

It’s fun for me and pushing myself out of my comfort zone is something that I love to do… I don't like feeling too comfortable. You know, there've already been people that have said - 'You should go back to making sample based beats' and that my beats are getting more simple and 'Why am I singing? Why am I taking photos?', but at the end of the day I just want to push myself and try different things. Like most people with what you do for work, if you're constantly doing the same thing all the time it can be a bit monotonous and take the joy out of it, so I really like to do as much and try as many different things as I can, just to make it interesting for myself and hopefully interesting for those that listen to me.

Even though there are those that have followed me since the beginning and have watched me grow who might not like some of the stuff that I'm doing, I think the most important thing is that they can see that I'm trying to evolve or trying to do new things. You know, it's an impossible thing to do to always be 100% on point and to please everyone, and that's never been a huge concern for me, it's just been about growing and learning different things and just going for it, because what's the worst that could happen, honestly?

On remaining true to yourself as a person and an artist:

I think it's really important. Obviously this isn't something that I'll be able to do for all my life. It's something that I'm doing now but when I'm older and I have a family and kids I think I'll be doing it in a much more low key kind of manner. But I'd like to think that when I'm older and things have changed, that the things that I do will still be true to myself and nothing will change and I'll look back and think that it's very much in line with what I believe in, you know, my personality and my morals and everything else.

I think the main thing that motivates me is being able to make and create things in harmony with everything else that's important to me. You know, the thing that's most important to me is my family and my other half, and I think if I can create things that work in harmony with them makes me happy and I've got a good balance in life - I think that's where I'm at at the moment, where I'm just doing things that make me happy.

On balancing creativity and business:

Sometimes things get a bit stressful because business tends to start to overlap with being creative, but I think that's just part of the industry and one of things you have to deal with, but other than that I'm just really doing things that are fun and things that I believe in...

There's definitely a balance and a distance I like to keep, just so I'm not doing music all the time. I think most people can pick that up in how I kind of spread myself out with my touring, because I don't tour that much, and I know that if I did start doing it full on - I'd become highly irate I think. I love performing live but doing it back to back for months on end just isn't for me. I like seeing other artists do it, I think it's awesome if it's in them to do it because that's going to lead to more amazing opportunities and a more thick and full fan base which is amazing, but for me I like distancing myself from it because I don't wanna run myself into the ground too much.

On his first official live performance in his home state of WA:

I think it's great that it's in Perth and that it's a free show, I really like that because I'm a pretty proud Perth guy and I think it's just nice that everyone can come and that I'll be performing to people of all ages and that no one has to pay.

The FREE State Of The Art Festival hits the Elizabeth Quay Monday 6 June, head to their WEBSITE or FACEBOOK for more info. 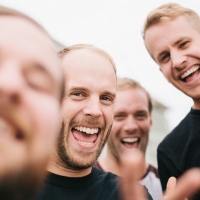 Luca Brasi And All They're Going To BeWe find out why Australia is falling head over heels for these Tassie punks. 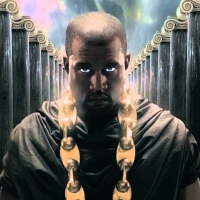 Hip Hop Academic: Understanding Kanye WestBreaking down some of Yeezy's most famous and misunderstood 'rants'.