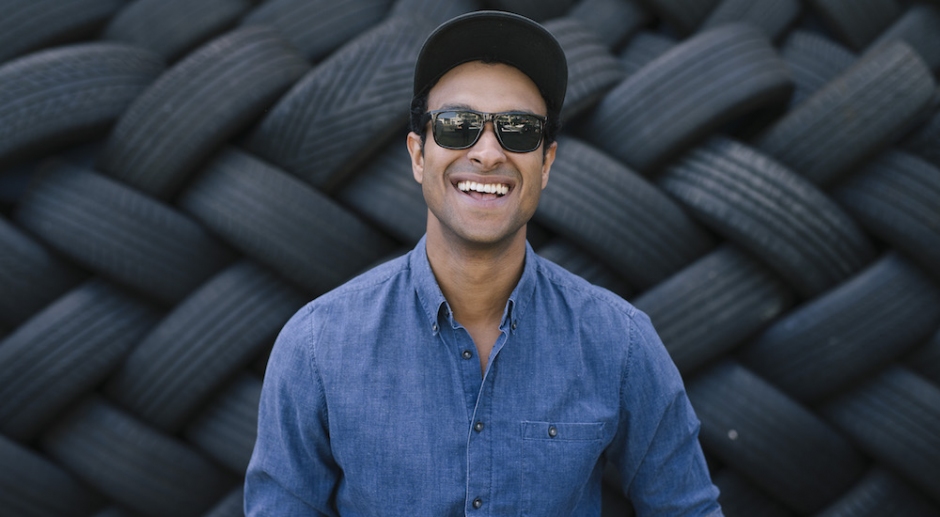 Comedian and former triple j morning show host Matt Okine currently has a big hole to fill in his life. No longer required to be up at 4:30am every weekday morning comes with a number of benefits, not just limited to more time to sleep. As his and co-host Alex Dyson's time on the morning j-waves came to a close at the end of last year, with it came an opportunity for Okine to sink some more energy into other projects that understandably doesn't come with a full-time job on the nation's favourite youth radio broadcaster.

And while his life has obviously centred around presenting music for the past few years, 2017 brings with it a chance for Matt Okine to no longer simply be an observer, rather an active participant in the same Australian music scene he's been championing over that time.

And not only does 2017 bring new music challenges; Okine will still be doing stand-up comedy, along with getting a new TV show off the ground with subscription service Stan - "That’s all really kicking off, and that’s been one of the dreams since watching Seinfeld when I was 8 years old. I guess it’s up me just to not fuck it up."

I had the chance to chat with Okine about all of the above, the challenges of introducing a new project to an audience who knows him for something else, the post-triple j life, working with long-time collaborator Dinnertime Duke, and working with one of Australia's most exciting young producers. Enjoy it below, after you've checked out the fantastic new one-shot video for Boilermakers' new single Fade, which we're chuffed to be premiering today:

On finally getting to bring Boilermakers to the front:

Boilermakers is basically a little collective between myself and my friend Paul who goes by the name Dinnertime Duke. We’ve been making music for a few years now. And I guess coming towards the end of triple j, and having worked in the radio and seeing how the music side of things works and meeting so many awesome musicians and stuff, it really re-ignited this love of music I’ve always had. And it made me realise I’m getting a bit older and if I wanna do it properly I just need to jump off that 10 metre platform and get involved.

On overcoming that inbuilt self-doubt/self-deprecation that comes with comedy:

I’ve always put out little songs here and there and fucked around with it, but it’s always been in a way that’s self doubting or self-deprecating, which is a typical defense mechanism you have when you’re a comedian, and it translates through comedy. But when it comes to music, people really need to trust you. And I don’t think I had enough trust in myself previously to openly and confidently make a mark with what I was hoping to do with my music.

On working with C1 AKA Chiefs, on the Boilermakers EP:

I teamed up with a guy who I’d done a bit of collaborating with before and he was mates with Allday and did his first breakthrough mixtape. C1 has always shown a bit of faith on me, he always liked my rapping, asked me to get on one of his remixes and stuff. So I was down in Melbourne for the comedy festival there and we hung out and all of a sudden we were making an EP together.

Now that the radio is out of the way I’ve got a bit more time, so I can put my foot on the accelerator and make sure the first six months of this year is spent making it known that I’m taking it seriously. This isn't a joke. That was one of those things. Whenever I used to make music people would be like, 'I don’t get it?' And it’s like, 'What the fuck are you talkng about there’s nothing to get, you either like it or you don’t.'

I don’t care if you don’t like it, but don’t tell me you don’t get it because that implies it’s some kind of joke, or that I’m supposed to be cracking punchlines and I’m not. I’m just making the music I wanna make. So this is where I just don’t worry what people are thinking in that capacity, and open up the more serious side to my writing, and my thought processes. And really put myself out there.

Whether it’s music or comedy it’s still me. I’m still behind all the writing and the ideas and thoughts, so I think the people who really like my comedy, if they do like hip hop it’d be in their best interests to listen to the music I’m making. They’ll actually better a look behind the scenes at what’s going on in my life, at that time. It’s almost like a director’s commentary, where the comedy shows are all laughs and all silliness, and the music is all the reality and the heartbreak and the trial and error behind that lighter side of things.

On lessons learned from working in radio:

I can only be myself, and if I feel like talking about toast on the air for three minutes is gonna be interesting enough for people to listen to, I’ve just gotta back myself and do that. I can only be me, and I can only ask the questions that I want to ask at the time. And I can only say the things that I think are gonna be funny at the time. There’s no point in trying to make a million people happy, it’s just about making me happy and hoping a million people are gonna enjoy it as well.

"I've just gotta back myself."

I was always so proud previously and thought I could do everything myself, and I dunno why… it just highlights my sheer arrogance, and I thought I could do everything myself. Barely anyone does that in the world. Nor would you want to. I don’t know what 98% of the buttons on a camera do, if it’s not the one that makes it flash then I don’t know what it is. So why would I try and film my own video clip? And I’ve done that before and it’s been, you know, shit. So I’m trying not to make those same mistakes now.

On the one-shot video clip for Fade:

I was really adamant about doing that [one-shot] the whole time. When you don’t have much budget to work on, you’re constantly striving for an idea that’s gonna be impressive. Or just well thought out and interesting. I come from an acting background, so the importance of consistency and being able to display the talent and consistency over one take is really important in the acting world, and I wanted to try and translate that musically. And the space we had was a really nice one. I mean if I had $20,000 more I would have had the theatre full by the end of the clip, but we didn’t have enough. So it was empty, but it did happen in one take, and something I’m really happy with.

On where he wants to take Boilermakers in 2017:

I guess the real plan over the next six months is to pay my dues, get those flying hours up. The thing I’d hate the most is for people to assume that any or all of the advances that I make within the project are purely based on the radio. It’s just keeping my expectations and hopes realistic. Starting off small and doing as many club shows as I can. Really releasing consistently good singles that are improving, and in an ideal world at the end of the year hopefully getting on to one or two of the smaller festivals that are around. I think that’s a pretty realistic expectation or want. So, I just wanna keep the goal in sight, and just take the baby steps needed in terms of achieving them. 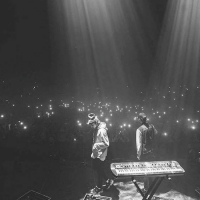 Talking Shelter with Porter Robinson and MadeonAhead of their Australian tour, we talk to the guys about the project, the importance of a live show, and their future plans. 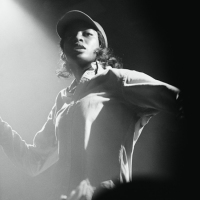 Little Simz: From Ordinary to ExtraordinaryLittle Simz on how she built herself up and her plans for the future.

“I think no time is ever wasted when you’re composing”