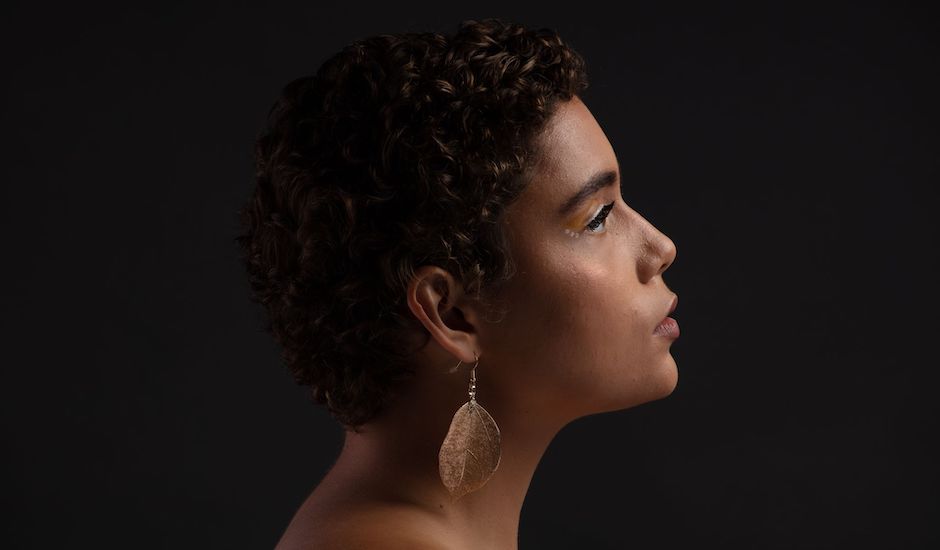 It’s not often that a debut single can thrust someone into the upper echelon, especially in a year as busy - musically, politically - as the current one.

It’s something Kee’ahn has experienced within the last six months, however. In late-May, she shared her debut single Better Things, and the time since has been so busy that’s it become difficult for her to do anything removed from music. Her last few weeks have been amongst the busiest, leading towards a NAIDOC Week program that will see Kee’ahn play shows for TikTok and ABC, amongst a BIGSOUND x Spotify showcase a few weeks prior, and the littering of interviews for outlets in between.

On the day we talk, she’s made an exception. It’s a public holiday for the Melbourne Cup, and while we’d prefer the public holiday exist for a reason that’s not to do with horse racing, she’s used the opportunity to have a picnic with friends - the first time she’s largely seen them since the Melbourne lockdown began months prior. She also took the time to go to Kmart; itself a strange experience with a line full of people, having their IDs checked against the name they’d given for a reserved browsing time. “It was a bit scary.”

In reality, Kee’ahn’s quick blossoming into the limelight wasn’t a quick one at all. Instead, it’s something that she’s been moving towards for much of her life, and for much of her parents’ lives too, albeit indirectly. Her Dad used to sing in Boyz II Men-like wedding bands, while her mother used to have a passion in dance and hip-hop; the name Kee’ahn stemming from the Indigenous word “kee’an”, meaning ‘to play’ and ‘to dance’ in Indigenous language from Queensland’s far north.

As a Kuku Yalanji, Jirrbal and Zenadth Kes woman growing up in a community heavily indebted to culture and dance, Kee’ahn’s creativeness strived from the beginning. She was quiet and timid but wouldn’t be afraid to jump on the closest stage, recalling her earliest musical memory as a time she sang in front of her Grandma, the first person to really understand the depths of Kee’ahn’s vocal and the talent she had. She started singing more often, doing choir practice - “I didn’t love it,” she laughs - and busking throughout her teens.

Unsure whether her musical passion was realistic as a full-time career, she eventually started university to study physiotherapy, which she eventually quit to continue playing shows at open mic nights in regional centres such as Townsville. “[Having a career in music] was something that I just always had in the back of my head,” she says. She recalls always jumping at the opportunity to perform at school, including NAIDOC Week assemblies in which Kee’ahn was always a key star. “Eventually, I figured out that studying wasn’t the best thing for me to do, and that I instead wanted to focus on working, writing music and busking.”

At one point, she decided to explore a world away from her long-time home; her and her boyfriend taking a van around Australia for a two-month-long trip that eventually, saw them end up in Melbourne. “I just wanted to stay,’ she says. “I know I didn’t want to live in Townsville forever. I love the place and the community, but I really wanted to travel and figure things out.” 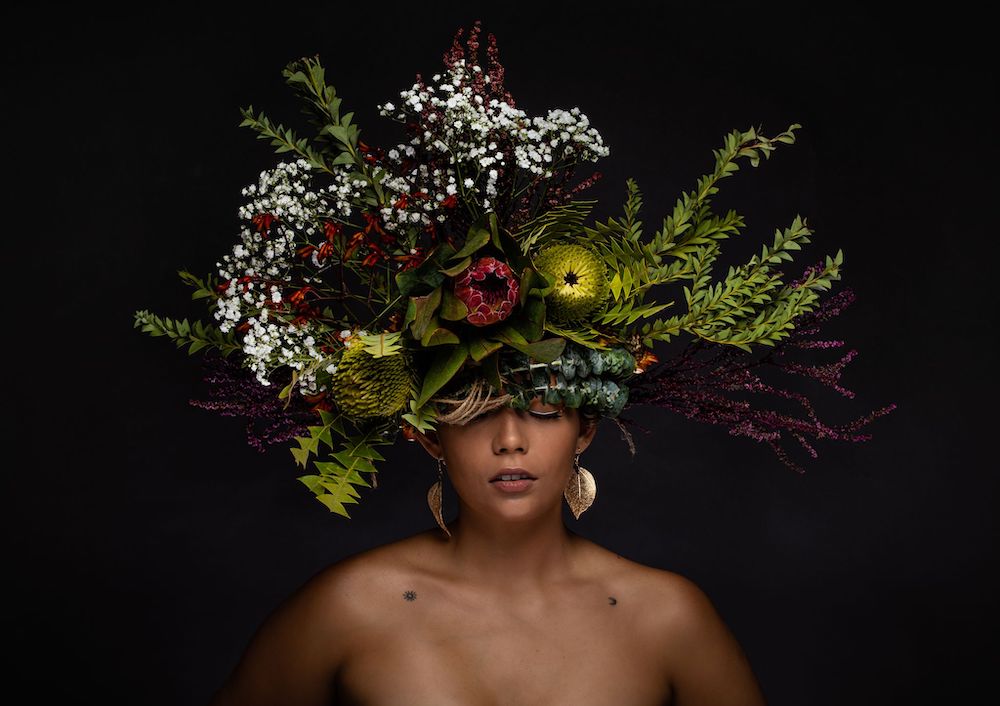 Better Things grapples with the process of Kee’ahn figuring herself out amongst and following all of this; her attempts to connect with herself even when far-removed from family and the communities which uplifted her both personally and creatively. It details her feelings of homesickness and loneliness at the breakdown of her relationship and greater emotional storm, learning how to look beyond that and be grateful for what you do have, and the hope you have to keep holding onto even when things feel out of reach. “Music was like writing in a diary for me in that time,” she says, turning to songwriting as a means of self-reflection to process her emotions. “It was in the back my head that I hadn’t made a lot of music while I was travelling, and then when I was feeling at a low point, I knew that creativity needed to happen for me to overcome these feelings.”

It’s the type of song that reaches out to you with its comfort and familial warmth, emphasising Kee’ahn’s vocal amongst a fluttering production that moves with nods to her past, and the ancestors - and greater communities - that lay before her. There’s a gentle sway rich with subtle percussion and bursts of lush instrumentation, bringing forth sounds and styles that litter her childhood forwards into a more contemporary future. She does it in a way that notorious musicians like Moses Sumney and Ngaiire do with their own work, mirroring it with long-time influences in acts like Aretha Franklin and the intense emotional backdrop - the pain, the sadness, the glory and empowerment - that litters the work of soul greats.

It’s the type of song that explores your own being just as much as it does Kee’ahns, providing an opportunity for you to look deeper into yourself and analyse the threads of your journey. It should be no surprise then, that the song has garnered quite a reaction. “Since releasing it, I’ve had a lot of messages about how people listen to it and think of the phrase ‘tending to your own garden’, and I love that,” she says. “My relationship with the song has grown like that; it’s made me be super introspective and question who am I? How do I rid myself of the weeds I have at the moment? How can I attend to my garden and grow?”

It comes down to Kee’ahn’s ability to heal with her music. It’s something that her grandmother no doubt felt as Kee’ahn danced amongst her living room, and something that’s only blossomed once her work has reached a public audience, and how those who invite themselves in better learn about themselves in a process that can feel remarkably cathartic. “My main ethos is wanting to try and heal myself, and at the same time, to try and heal others through that,” she confirms. “I don’t know how that looks, but I think understanding myself helps me understand the world better.” The same goes for yourself personally, once you allow yourself the room to intricately reflect on your being.

As for how she hopes to let her garden bloom? Kee’ahn hopes to reconnect with her Zenadth Kes home soon, to better understand herself further and in extension, inform her art. There’s also a full-length record on the way too, alongside performances and videos that she says have offered a creative release in a time when lockdowns have made it so difficult.

In the meantime, you’ve just got to sit back, listen to Better Things, learn how such tiny seeds can blossom into better things indeed, then take the time to find that in your own life too. Kee’ahn’s music can give you the space to do that, and there’s nothing else like it. 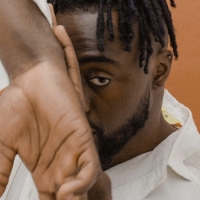 Kwame vs. The World: "This is our moment. This is our platform."On his new project Please, Get Home Safe, Kwame – a faithful student of the game – graduates at the top of his class. 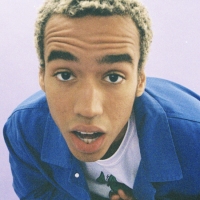 The wonderful world of WizTheMC: "Rap was my disguise."He’s found his sound, honed his craft and bided his time, so not even a year like 2020 could keep Toronto-based artist WiztheMC from his brilliant come up.

The rising pop force is currently amongst Australia's best, and she's touring the country in February next year.