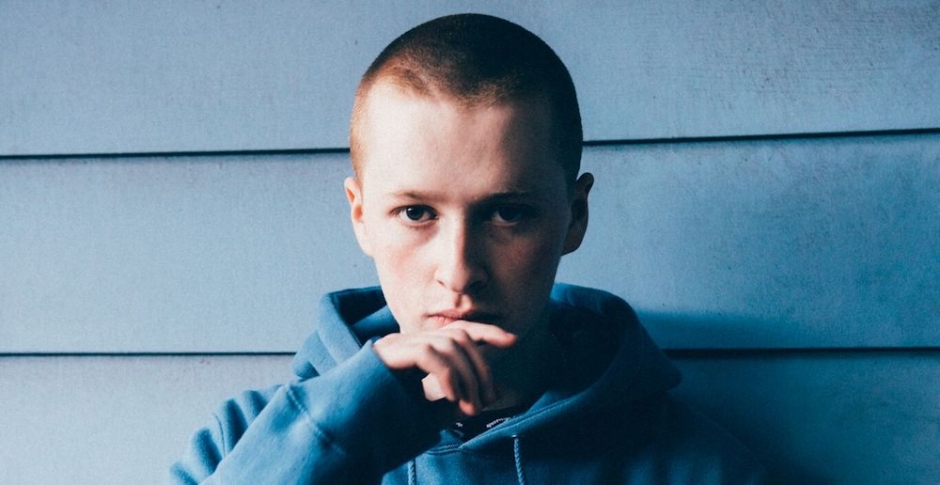 Touching down in Sydney for his long-awaited debut tour of Australia and New Zealand (which begins this weekend), there are multiple ways to describe Sam Gellaitry's current life. Chaotic and strenuous are most certainly two of them, with the producer continuing a consistent stream of instrumentals, remixes and singles – the most recent of which coming through esteemed UK tastemaker XL Recordings – since he initially emerged on Soundcloud five years ago (with touring and everything else on top of that too). Another, no doubt, would be incredible. After all, he is almost 17,000km away from his hometown of Stirling, a small, medieval-appearing town of approximately 35,000 in central Scotland, and doing so on his own accord through his growing position as one of the bass underground's most well-loved and well-acclaimed.

At 16, Sam Gellaitry was already pushing boundaries. Many of his early productions, from the notable bootlegs of Michael Jackson, Ciara and Pharrell Williams to instrumentals like the now-iconic Waiting So Long, ooze with a funk groove that came from experimenting with the then-early sounds of Soulection's crew and Kaytranada. This sound, although a far cry from his more experimental, bass-trap sound that is spread across his more recent Escapism EP series, is where it all started for Gellaitry, and as he tells us in the days before his Australian tour kicks off, came from his early exposure to french-house and trance. "The first time I felt the urge to make music came around after hearing Around The World by Daft Punk on the radio when I was 8 or 9," he explains. "At that time, my brother and his friends were making these happy hardcore/trance remixes on my family laptop, and that, paired with the come up of YouTube, meant I was able to dig for samples and make french-house [when I was] 10." His interest in music production only grew from there, dabbling in DAWs like FL Studio – then known as FruityLoops – while starting high school. "[I] downloaded FL Studio at 12, and haven't looked back since," he tells me.

Although coming from a somewhat musical family ("my mum was in a band briefly and my dad hand-makes bagpipes," he says, while also noting his brother's aforementioned craft of toying with happy hardcore and trance), Gellaitry's early exposure to music production was largely independent, and Scotland's quiet electronic scene, especially in a non-major city like Stirling, didn't exactly leave Gellaitry overflowing with influence – but it did help. "[I've found the] scene in Scotland is dry and self-contained, but it did give me a lot of space to craft my own style" he reflects, before shining a light to some of the heavyweights of Scotland's electronic market – many of which are grouped with Gellaitry in their everlasting influence on bass and trap's current sound. "I've always heard those influences from HudMo [Hudson Mohawke] and Rustie's music with it being very bright and euphoric, which definitely inspired me to incorporate the same qualities in my releases," he says. "I know LuckyMe used to throw loads of parties in Scotland, but I was too young to attend. I'm hoping something like that comes around again soon because the club scene here is incredibly boring if I'm honest." 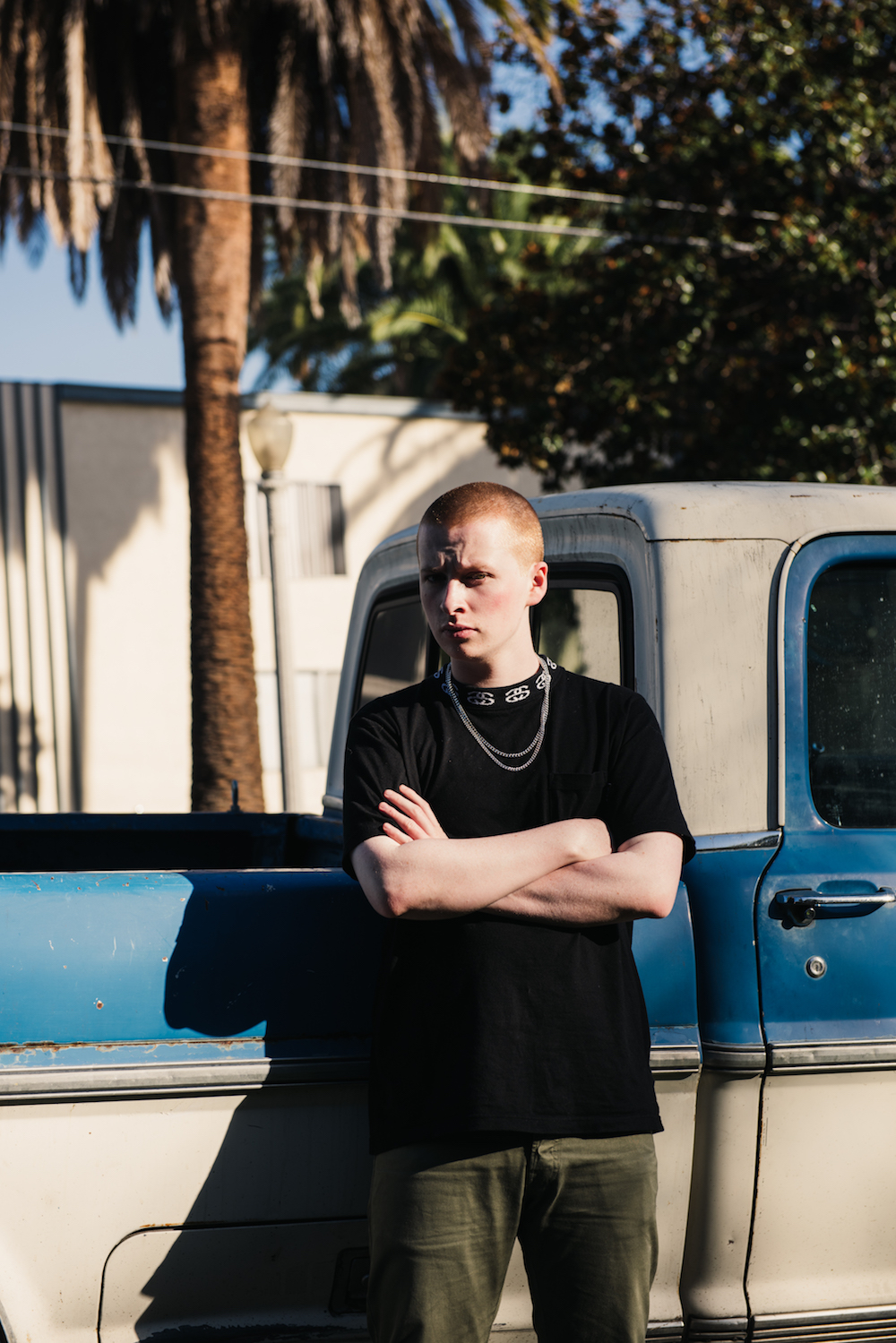 Reaching a climactic end with the final third of the trilogy released last year, the Escapism EP shows a gradual evolution in experimental bass and club music over the previous three years from the eyes and ears of Sam Gellaitry – someone who has been leading the charge in these sounds since his mid-teens. "I'd say the common theme [of the Escapism series] is the influence of bass and club music throughout," he explains. Escapism I, released in 2015, is heavy on contrast, mixing the abrasiveness of club-centric breakdowns and triumphant brass like those on Hyena and Long Distance with the mellow eastern flutes that open the EP's intro track, or the soft chimes on Rurality – the EP's expansive outro. Escapism II, on the other hand, is far more concrete and smooth, with the glitchy drops of The Gateway and Static Sleep pairing well with Desert Mirage's clanging percussion and Jacket Weather's twangs. Escapism III, the most recent and well-received of the three, covers the best of both worlds while also pointing towards what to expect from Gellaitry in the future on the EP's soulful closer Ever After. "I purposely made the last track in the series point away from that as a hint to whats coming next," he mentions.

While this aural map of the evolution of bass and club music may act as the central backbone of the Escapism trilogy, there are plenty of other influences at play – most notably, the sounds and colours of the world. On Escapism's three-part adventure, Gellaitry paints an aural picture of the expansive world in front of him, one that grows more and more accessible with international touring. Many of the productions in Escapism I are influenced by eastern sounds, such as the opening flute and plucking twangs of Intro mentioned above. Also, on a perhaps more obvious level, many of Escapism's single titles are odes to landscapes, places, weather or just nature as a whole – Desert Mirage, Jacket Weather and Jungle Waters particularly. "Definitely, it's all subconscious though," Gellaitry answers on whether his surroundings play a large part in his productions. "I very rarely go into the mode of making a song with an intended outcome, as the ideas come to me as I go along mostly. The majority of my visual influence definitely comes from home though due to its unique landscape, and that I've spent all my life living there. I made Acres to represent that."

Living with synaesthesia – a sensation in which music evokes specific textures, tastes, or in Sam Gellaitry's world, colour when being listened to – also gives Gellaitry a unique experience with music production. "I'm sure I got it from listening to tapes as a young child before I'd go to bed, and there would be a song on at the end of each story. Having my eyes shut left space for the colours to enter my mind," he reminisces, before explaining how he ties in his synaesthesia with his own music and its production. "I find it to be incredibly beneficial and I use it most to depict the time of day or the mood of the song. The strongest colours that I notice are light blue, green, red and brown. From my last EP, Midnight Racer and Jungle Waters have the darker red tones, while Acres and Ever After have the sky blue colour which I associate with night and day."

With his debut Australian/New Zealand kicking off in Australia this weekend (he plays at Max Watt's Sydney tonight and in Auckland tomorrow – full dates and tickets below), Sam Gellaitry has plenty to be excited about – and he's definitely feeling it. "I'm so buzzing! I'm genuinely excited for all of it," he exclaims, before continuing. "The main thing I'm looking forward to is to play to a completely new audience which I've wanted to for so long." Then, there's the album. With the Escapism trilogy out the way, the next thing the Sam Gellaitry has in his sights is his long-awaited debut album – as well as an EP, a few alter-egos and what not else he has planned. "Been working on the album for a while now," he says. "It'll be out by the start of 2019 by the looks of things. Gonna drop a new EP very soon which will introduce my new sound direction which I'm so excited about. Also going to launch an alter ego or two. Can't wait to share all this music, it's been too long." Sam Gellaitry likes to keep busy, by the sounds of things. 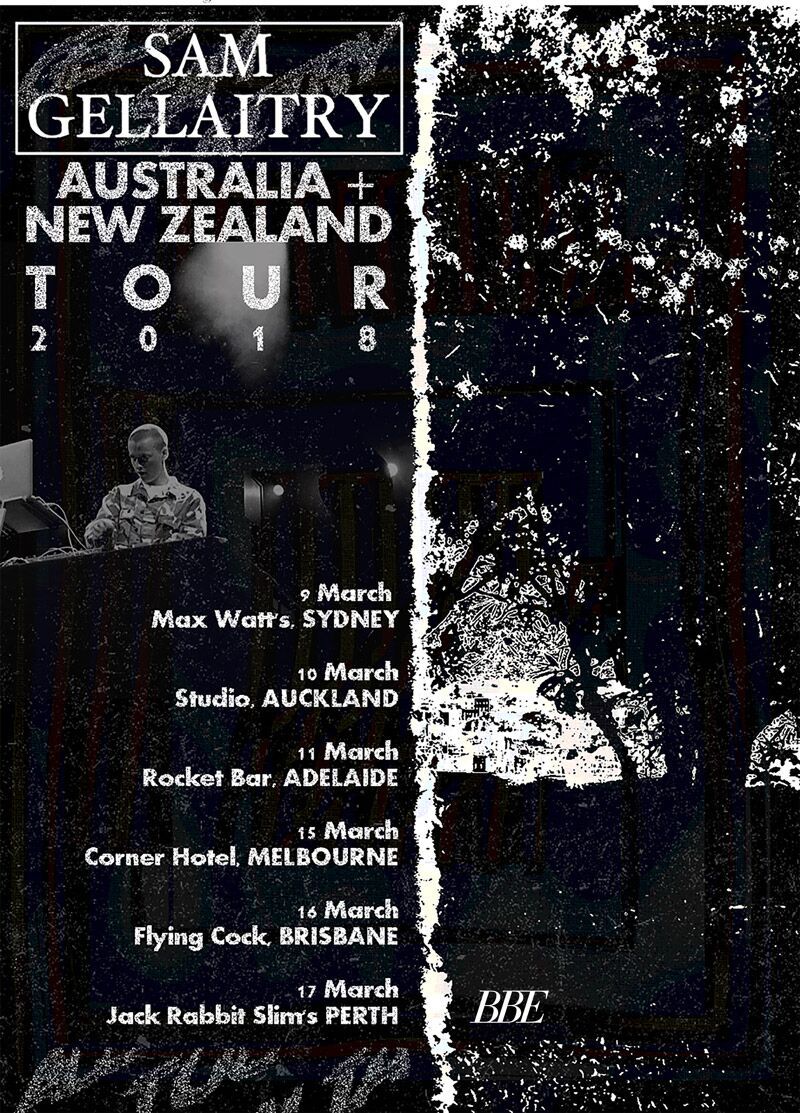 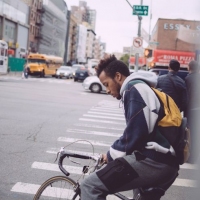 Australia, it's time to get across Brooklyn's Cautious ClayRead our interview with the 24-year-old musician, whose debut EP Blood Type is a sure-winner for any fans of Khalid or Chance The Rapper. 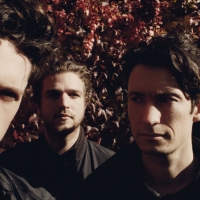 City Calm Down Aren’t DisappearingAhead of the release of Echoes In Blue – out Friday through I OH YOU – frontman Jack Bourke is as upfront and open as ever.