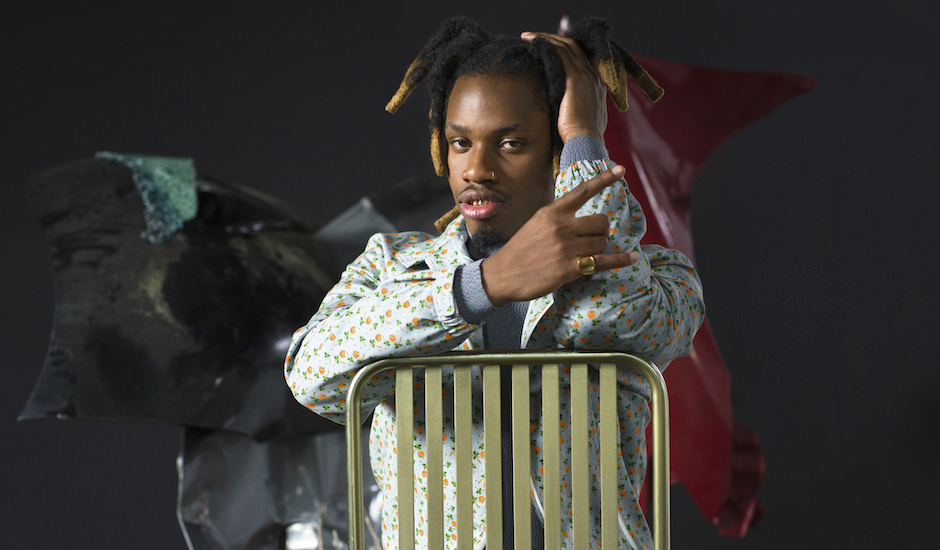 Denzel Curry is not who you think he is.

The Miami-raised artist has adopted many guises throughout the last seven years, during which time he’s pushed to the fore of one of hip-hop’s most influential scenes. He helped kickstart ‘Soundcloud rap’ as both Aquarius’Killa and Raven Miyagi, broke out from the shadow of Raider Klan as Denny Cascade, and exploded into the mainstream as ULTIMATE DENZEL. These alter-egos represent distinct eras in Denzel’s life, each underwritten by his ever-evolving musical contention; one hinged on the kind of punk-rap fusion that’s come to define Miami. On TA13OO (pronounced TABOO), his third studio album, Curry is ‘Zeltron 6 Billion,’ a character he describes as “all the personalities put together.”

“Zeltron is forever… Zeltron can do what Denny Cascade does, what Aquarius’Killa does, what Raven Miyagi does, what ULTIMATE Denzel does and what Denzel Curry does,” he tells us. “That’s why you get so many different sides on the album, because that’s what Zeltron is.” He’s not wrong. So far, Zeltron has given Curry his highest-charting album, his boldest visual and an unprecedented amount of critical attention. Even with all this, Curry seems most impressed with SWITCH IT UP being chosen as the intro music for the Miami Heat. “Hell yeah, that’s massive,” he says, celebratory. “I had to make sure the clean version was perfect… people’s clean versions be kinda ass these days,” he laughs.

Initially released over three days, TA13OO is split into thematic thirds: Light, Grey and Dark. On Light - the first of the three instalments - Curry does more than just synthesise the personas of old, pushing himself in an unexpected musical direction featuring OutKast-esque melodies and softly sung hooks. It’s this sound that opens Light, the first instalment, which introduces the album - “welcome to the darker side of taboo,” sings Curry on the album opener - and explores the ideas of pain, stunting and making cash. Grey, the second instalment, is one track longer than the others: “life is usually in the grey area,” explains Curry. It jumps between the braggadocious stylings of SUPER SAIYAN SUPERMAN and the biting commentary of SIRENS and CLOUT COBAIN, perfectly encapsulating the album’s far-reaching contention. The third instalment, Dark, finds Curry linking up with similarly furious collaborators such as JPEGMAFIA and ZillaKami for more familiar rap bangers such as VENGEANCE and BLACK METAL TERRORIST.

“That’s the point of Zeltron,” Curry elaborates. “He can sing, he can rap, he can fight, he can do everything. He can do punk if he wanted, he can do rock if he wanted, he can do whatever the fuck he wants to do.” Whilst the album touches upon the hallmarks of his previous work, one can’t help but feel the missing ingredient is Curry himself; the one constant bridging each of his incarnations. Indeed, the themes explored throughout the record push Denzel to the fore, his earnest beliefs carried by his long-established musical prowess.

Each side of TA13OO tackles an emotional palette, expounding on everything from the highs of spending money to the lows of drug abuse, police brutality and sexual assault. The material throughout is a new step for Curry who, though hardly apolitical, has mostly funnelled his talents into punk-rap bangers. “I decided to do TA13OO right after Imperial…,” he says, before reflecting on what drove him to release such a personal and political record. “I was going through this phase, this little dark period. I just wanted to release everything that was bothering me, try to find balance in my life at the same time.”

He has a lot to be bothered about. On SIRENS / Z1RENZ, a three-way collaboration with Atlanta hip-hop upstart J.I.D and 2018 pop highlight Billie Eilish, Curry refers to Florida’s controversial Stand Your Ground law. The legislation, which permits lethal force and rescinds the duty to retreat, is more than a distant political issue for the Miami native - in February 2012, fellow Carol City Senior High student and Raider Klan fan Trayvon Martin was shot dead by a man who, though he didn’t invoke the defence, reportedly benefited from it. “George Zimmerman can use the Stand Your Ground law and get away with it,” said Curry in an interview with Billboard. “If I use it… and the other person just happens to be white, I’m going to jail.”

Then, there’s the spate of drug-related deaths plaguing hip-hop. Fellow genre-defying artist Lil Peep overdosed last November, a tragedy which some hoped would spark a cultural reconsideration of drug use. It didn’t. “Ain’t shit changed since Lil Peep died,” decries Curry on THE BLACKEST BALLOON / THE 13LACKEZT 13ALLOON, a comment which presaged the overdose death of Mac Miller not two months later.

“Everybody can talk about drugs and bitches,” explains Curry. “That was taboo, now that shit’s normal. Now I’m gonna talk about shit that people don’t talk about, so they can really get the gist of what’s going on. Nobody wants to hear the truth, but you’ve gotta hear it at some point.” It comes out again on Clout Cobain, a single that paints performative elements of modern hip-hop as a cursed carnival of depravity and exploitation. It’s a critique of the social media-enabled cult of ‘clout,’ or influence, that incentivises outlandish stunts, prioritising base-level fame over artistic achievement. “I’m not here to be a party pooper,” he adds. “That’s why I make my tracks fun.” 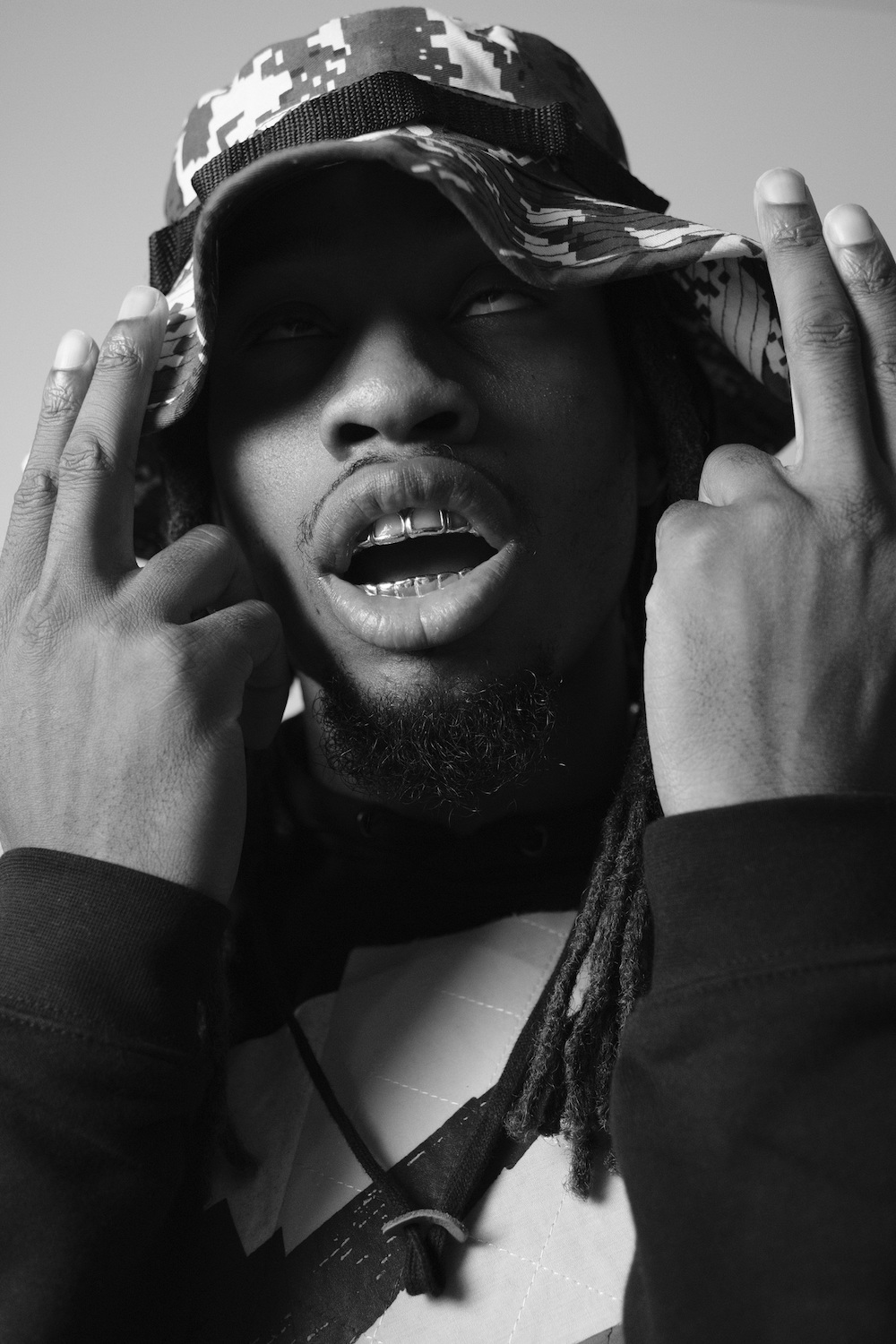 After seven years in the rap game, Curry’s perfected his own brand of fun, one marked by hard-hitting bass and relentless punk rock delivery. It’s a calling card that’s come to differentiate the emcee in a crowded culture; one honed alongside his most frequent collaborators, Perth-born production duo Finatik-N-Zac. Their creative relationship started in 2016 when the duo helped cut his second studio album, the effort which helped land him a place on the XXL Freshman list. “We brought them Imperial when it was just skeletons, and they fleshed out a lot of the stuff,” he recalled. “I re-recorded a lot of the stuff that I made for Imperial back at the ULT house.” The rapport helped bring out the most in Curry, helping explain the recent productivity that’s fuelled his artistic ambition: “it went from me not liking going to the studio, to me and Zac just going to the studio… then Finatik would just come in and do his thing.” He pauses a second, before adding: “Nate’s the engineer, so shout out to Nate too!”

Though TA13OO represents their own artistic evolution, the duo specialises in a brand of intense, mosh-ready fun - take the furious bass and high-hat trap percussion on SUMO / ZUMO. This dense, relentless sound that underpins Denzel’s raps make it easy to underestimate his pen game; one defined by setups, payoffs and strings of wordplay. While Denzel himself has hit back at the idea that he’s here to “save rap” - an expectation levelled at many artists who uphold tenets of the so-called ‘old school’ - he’s certainly exploring ideas that have fallen out of favour within mainstream hip-hop. He’s currently honing his battling bars for Zeltron vs. Zombies, a live rap battle that pits Curry - “Beast Coast’s secret” - against NYC trio Flatbush Zombies. “When I approached them about the idea and was like ‘yo, we’re gonna do Zeltron versus Zombies,’ they were like, ‘that shit sounds fire.’” He knows it, too. “Everybody’s gonna go see that shit.”

He’s right: the event will be a hit. Even so, his confident, blasé approach to turnout and sales is a refreshing take in an industry so often concerned with optics and profits. Even when reflecting on his craft, Curry stays grounded, framing his motivations and inspirations as simply cathartic. “The more I experience life, the more I experience pain… I just gotta go do all that shit in order to give everybody some tangible, real shit.” It’s a measured response from an artist as experienced as Curry, who’s lived through more hardships than most. “I had to tell myself that it’s alright to be sensitive, you know? It’s alright to be vulnerable, it’s alright to show it to the world, because that way, they can never degrade me.” His self-assured openness is built atop a single fundamental belief: “I know I’m gonna make it to the next day.”

It feels as though Curry’s approach comes down to faith: faith in oneself, faith in his audience and faith in the guidance of a higher power. TA13OO explores how the world can be harsh and the people indifferent and cruel, but the overwhelming impression it leaves is one of cautious optimism. In confronting the past and reckoning with our demons, we can move beyond them, breaking free of its shackles and determining our own path. Denzel Curry seems determined to be defined by his future, he’ll gladly tell you that TA13OO is his best work yet, but if you were to ask him what he’s most proud of, he'd point at the things yet to come.

So what does the future hold for a newly established tastemaker such as Denzel?

“It’s more than just rapping to me… man, you’re gonna see cartoon Denzel coming out,” he excitedly lets slip. “Just wait on that, cause it’s happening.” He says he’s waiting to “formulate the pain,” the experience of life - however raw - a fuel bridging all his creative motivations. It’s in the character building of adversity that Curry finds his fire, one that he’s channelled into furious music, inspired visuals and, soon enough, multimedia content. They’re all steps on the unprecedented journey of a young, inspired creative, working overtime for both himself and those who enable and adore his ever-expanding message. “In the end, it’s gonna be for everyone who’s been there since day one... for my fans.”

“The future of Denzel Curry is gonna be a very, very, very great thing,” he assures me. “I ain’t going nowhere.”

Conor Herbert is a Melbourne-based writer with by-lines in lnwy.co, Genius and hip-hop long-form site Central Sauce. Follow him on TWITTER. 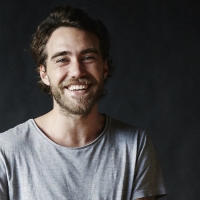 Inside the jungle paradise of Matt Corby's new album, Rainbow ValleyFresh from the release of his second album, the beloved Australian musician will be touring around the country next year. 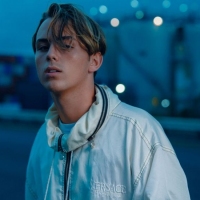 Tyde Levi is following his brother's footsteps to become Australia's next big thingCreating Frank Ocean-esque R&B with Cosmo's Midnight and Daniel Johns, Tyde Levi is onto something real good.