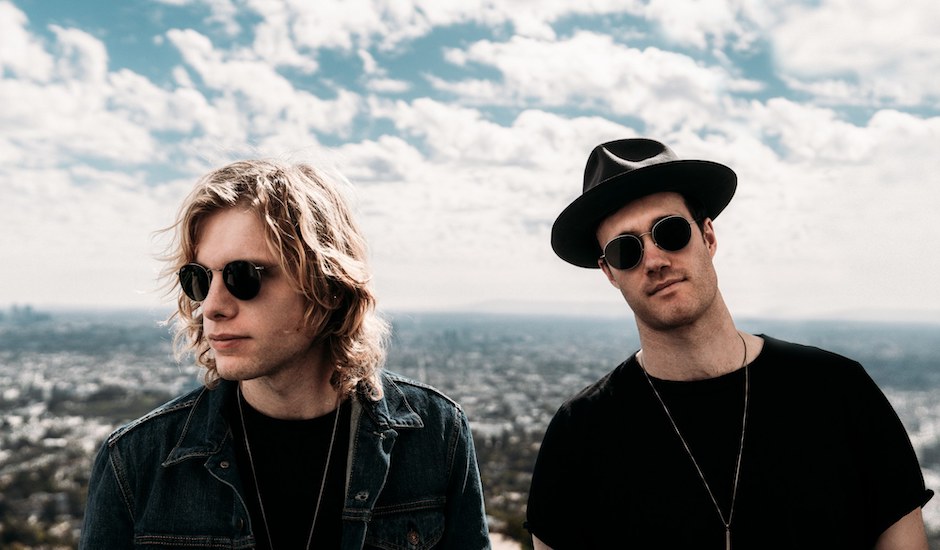 For Vancouver-raised electronic duo Bob Moses, some form of experimentation has always been at the forefront of their work - even if they weren’t aware of it at the time.

Their 2015 debut album Days Gone By was an unexpected highlight in a dance music ecosystem that seemingly unfavoured longer format releases, stretching out jam sessions into five-minute-plus epics that somehow made a ten-track album last a near-hour (in comparison, their second album Battle Lines was over ten minutes shorter, despite having one additional track). They were also an early adapter of the dance music live band; their shows resembling that of an indie group more-so than the prevalent DJ culture at the time, which led to them being grouped into the neither-here-nor-there ‘indie-dance’ bracket.

Three years later as the duo were preparing to roll-out the aforementioned second record Battle Lines, this ‘indie-dance’ sound they had partly-influenced was a mainstay of an entirely different-looking electronica space. Despite that, the duo continued to experiment. While a deluxe edition of Days Gone By added select remixes - one of them GRAMMY-winning - and live edits, the extension record of Battle Lines feels like a predecessor to high-profile dance remix albums like Dua Lipa’s Club Future Nostalgia, enlisting guests such as Cassian and Hayden James - two familiar faces in Australia, but then-largely unknown in Bob Moses’ space - for an adaption of the record that built beyond what people would expect from a still-unfamiliar full-length dance record. Further onto that, they later shared an unplugged version of the record, including four acoustic tracks that would longer extend the Battle Lines album roll-out, turning it into an event with the expected complexity of a big-name, high-selling pop-star.

You’d think that after an album roll-out spanning more than two years and several adaptations, Bob Moses would need to take a break. “We were conscious of burn-out, but I don’t think it’s ever been a problem for us,” says Tom Howie, one-half of the duo, from isolation in his Los Angeles home. “We like working on music while we tour, and we try to make sure what we write is from a natural impulse - like when we’re feeling creative and have some time to work on new stuff - rather than it feeling like we’re being forced to write.”

Desire - the latest project from the now-LA-based duo, and the result of the duo writing on the road amidst touring their last record - is a collection of songs that read like an EP with an album’s duration but mixed continuously like a DJ set, bridging together the many facets of what makes Bob Moses the multi-disciplinaries they are: producers and songwriters switching between a live format and DJing, fuelled by a fascination in creating journey-like experiences through what they do.

Desire hopes to tap into this journey in various ways, carved on the road as the duo built work with no real purpose, other than creative release. “None of this record was really planned or expected,” continues Howie, before the duo’s other-half Jimmy Vallance - who joins the Zoom call from his own LA isolation - chimes in: “We were building these tracks and it got to a point where we were like ‘oh, these are all pretty good’, but it wasn’t until we did the collaboration with ZHU that we found out that there was a common theme between all of the songs, and all these lyrics spoke about desire - it was something that kind of fell into our lap, in a way.”

Over the course of the release’s six tracks, Bob Moses attempt to dissect the feeling of desire and its many forms. At times, it reflects on experiences with desire from the duo’s past, while other moments - The Blame, for example - are more general, speaking of the pain and other forms of negativity that come with pursuing things fuelled by desire. It speaks on how a constant drive to get whatever you want fuels the current day’s many problems, right down to obsessions of outward appearances on social media (Outlier). It’s a record that grapples with an idea, and attempts to dissect its every form - at least from Bob Moses’ perspective.

It’s not what you’d typically expect from a traditional dance record, but when has Bob Moses ever given us that? Instead, Desire is a release that extends itself further into reflective songwriting; both internally, as they look into themselves as dance musicians only becoming older - and more experienced and well-travelled - as time goes on, as well as externally, into a cesspit of a year prolonged by unrest that in a lot of ways, stems from different forms of desire and its consequences. There’s a lot going on in the world, and Bob Moses are attempting to break it down through a medium that has been long used to escape injustice and celebrate freedom: club culture.

It should be rather expected, then, that the creation of Desire came with steep learning curves - even for a duo who have long explored intimate songwriting in dance music. “I think our music is a reflection of ourselves, and will be as long as we’re writing the lyrics to our work,” Howie explains. “I think to have strong, genuine music you need to write about what you know, and inject your own personal experiences into why you’re that way, and why we make the decisions we make, as well as the ways we’re feeling while making those decisions.”

Outlier, the earlier-mentioned moment of the record that explores the obsession of portraying your best selves on social media, is one that feels particularly true for both Jimmy and Tom. As musicians, social media is an integral part of their job - it’s how you sell records and promote shows, after all - and even though they admit that they often enlist “several types of managers over the years” to take care of social posting for them, it’s something they remain cautious of. It’s a fine, and often-difficult line to tread as a musician, as you want to appear relatable and ‘exciting’ enough to garner fans, without selling yourself out.

“It’s interesting how there are TikTok stars and Instagram influences that sell records, but then you’ve got someone like Tame Impala who can sell-out arenas with barely an Instagram post a month,” Vallance laughs. “We’re always trying to be as genuine as possible. Even if there are easier ways to do social media or we could be bigger by treating things differently, I think we sleep better at night knowing that we’re genuine and our music is genuine, and at the end of the day that might make us connect with less people, but at least it’s all authentic.”

However, as you’d expect from a dance music act that can never do things to a minimum, Desire’s battle with life reflection extends beyond just its lyrics. Sonically, it’s a push-and-pull between lightness and darkness; the contrast of pleasure and pain juxtaposed against a production that switches between parallel intensities, from the haunting ambience that occupies some of the record’s most stripped-back moments to the intensity of Desire’s many breakdowns. It’s a mix centred in contrast and stepping between lines, and Desire - on a musical scale - goes further deeper into this contrast than just through its literal stories.

“I think the concept of desire innately has two sides of a similar coin: the desire for ambition and the all-consuming desire that ruins it,” elaborates Howie, asked about the record’s aural journey. “I think the sound of this body of work is naturally influenced by that, and you can’t tell that story by keeping it four-on-the-floor the whole time and not letting people have the chance to see that balance.” It’s important to prevent the need for a bass-kick detox, sure, but it also plays a larger part into Desire’s story, and how Bob Moses have always treated their albums: “It’s just how we like to tell stories.”

While Battle Lines was largely built around traditional songwriting and establishing a bridging point between that and dance music, Desire is different - right down to its foundations. It builds from Battle Lines and the DJ sets they did while touring the album - although the Bob Moses live show is heavily built from instrumentation, they often play after parties and DJ slots at festivals alongside - and turns it into a record; an unexpected extension of their past informed by Battle Lines, and the contrast between its sound and the tech-guided enchantment of their DJ sets.

But how will Desire impact what’s to come? “We’d rather not think about that,” Howie admits, before saying that they’ve always preferred to evolve naturally, rather than with a distinct blueprint in mind. “I’m sure there are ways this record will consciously influence what we do next, but it’s not anything we’re particularly focusing on doing - we’d rather it just come to us.”

In the meantime, they’re just eager to get back on the road again. There’s a strange sense of irony that Bob Moses can’t tour a record so heavily built from touring. 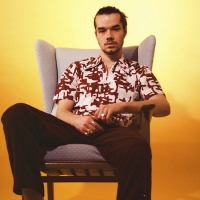 Breathe Deep, and the fusion of Oscar Jerome’s many sidesOscar Jerome is as well-read as he is talented, and his far-reaching influences, steeped in diversity, have helped make him one of the jazz scenes most exciting arrivals. 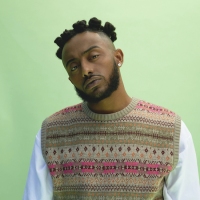 Aminé, and finding balance amongst the limbo of lossHe’s one of the most exciting newcomers of the last five years, and with Limbo, Aminé’s ready to step into the next phase – just so long as he can still indulge that trademark energy.