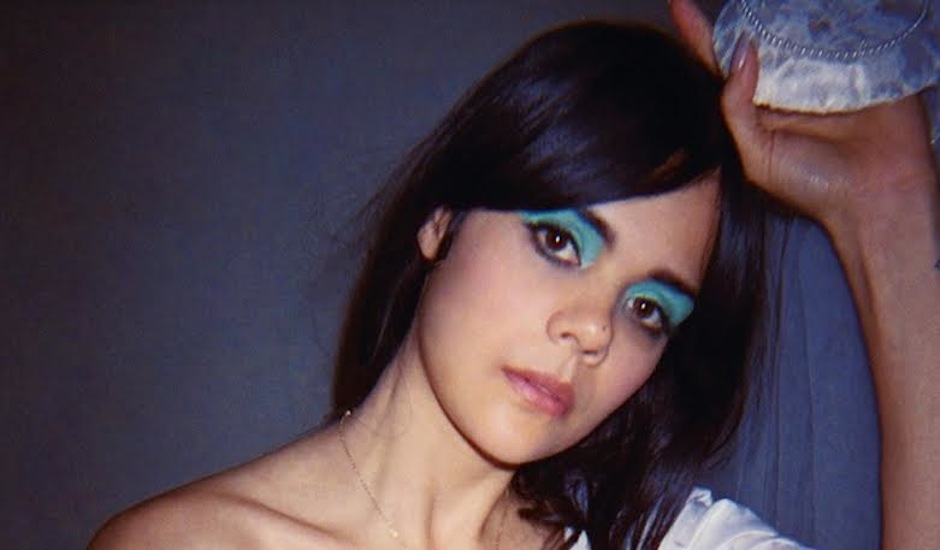 Bat For Lashes - multi-instrumentalist and visual artist Natasha Khan - has just released her latest album, The Bride. The album’s captivating first track, I Do premiered last month to rapturous response while suggesting a bridal theme. The album’s second preview, the foreboding synth-driven In God’s House, continues with the mysterious narrative.

The Bride follows the story of a woman whose fiancé has been killed in a crash on the way to the church for their wedding. The Bride flees the scene to take the honeymoon trip alone, resulting in a dark meditation on love, loss, grief, and celebration. Written as the soundtrack for a feature length film in mind, The Bride is Khan’s most ambitious work to date, sonically and visually incorporating an entire world inhabited by The Bride, along with the characters and places she encounters on the way. The lush narrative of the artwork was conceived as a visual partnership between Natasha and Neil Krug, The Bride's universe being the product of two years of collaboration and experimentation.

We talked with Bat For Lashes, mostly about love and writing. And it was really nice. You can stream it via Spotify below, or grab it from iTUNES now.

Hi. I’m good thanks, it’s early morning for me but I’m alright.

Well I just got back from New York two days ago so it’s 9:20am but I lay awake all night, so I don’t really know where I am.

So, how’s everything been?

Yeah, it’s been good… It’s sort of surreal that it’s coming out so soon because obviously I’ve been living with it for the past couple of years, so for everyone else it feels… But I felt like I’ve been through so many ups and downs and peaks and moments of making the album or making videos and touring with the band and doing these church shows. It’s been really amazing playing The Bride to people even though they haven’t heard it yet and it’s been a long lead up but in a really good way.

How has the response been so far?

I noticed that that the lyrics came with the presser. I thought that was a nice touch. I’ll be honest, I’ve only listened to the first half of the album because I only got it at 2am!

Oh, bless you. Yeah, no that’s fine, I mean the first half is very, I guess in terms of thinking of it as a writer or a novelist, it’s like, I am currently trying to write a novel at the moment. But the tragedy at the beginning is definitely the catalyst, so the first half has the most action and kind of plot based things that push the character forward, and then as you get into the second half there are just all the sort of different stages of grief that kind of hit her and it gets much deeper and sadder and there’s the resolution at the end. The first half is quite different to the second half and I like the way if you listen to the whole thing from start to finish that you do hopefully feel that narrative and that character thread kind of going through and taking you with her.

I should confess now I actually have some of your lyrics in my all time favourites.

Really! Oh my god which ones?!

"You’re The Train That Crashed My Heart".

Oh, cool, all the good ones. I’m in good company.

So for you, what’s the song that’s ‘the one’? Is there a song on there that’s really attached to you that’s hard to hear back?

Well, I find the whole album quite emotional to listen to but I think the tough emotional one, I think If I Knew, which you probably haven’t heard because it's at the end of the album, but that one to me is like the true love song on the album and it sort of - not an anti-love song at all - I can’t think of how to phrase it, but it's sort of the resolution of, the antithesis of romantic, heightened, superficial love, and it’s almost like a thank you letter to her lover for kind of helping her through this journey. So it’s kind of the deepest form of unconditional love - so for me it’s hard to listen to that, it’s kind of tearful. And I think Close Encounters, which is also on the second side and Joe’s Dream, I really love singing live.

I just think Joe’s Dream and Close Encounters are very vulnerable and very delicate and open, and I enjoy singing those because I just feel like I’m laying my heart bare which is a nice experience and cathartic and also when I’m doing it in front of fans they’re suspended by a little thread, it’s all very delicate and beautiful.

I’m young, I’m 25 and have just gone through a break up... I’m writing a book and I wrote about all the things she taught me, good or bad, and for allowing me to feel things. I feel like this song is maybe the same for you… cleansing.

Definitely. I think once you listen to the second half you’ll see there’s a song called Never Forgive The Angels which is very angry and I think it’s really important not to get rid of one thing or the other, but you have to go through it and, like you explained, you had to go through those things and let out those emotions and sit with that. Spitefulness or anger or resentment kind of contort things and create monsters out of people, because that’s storytelling too and the human experience and I think that can create great works and great villains and great dark sides, and we wouldn’t have Star Wars if we didn’t have the villain. And the projection of that dark thing that usually comes from inside of you and you’re projecting it into the outside world, and I think for a storyteller it's really important to retain those things but to work through them and get to the other side and this is a very kind of respectful journey to make. So on this album I don’t try to avoid being angry or pretend I haven’t felt that way - I think that’s a valid part of the journey but then that allowed me to get to songs. Like If I Knew and I Will Love Again which are at the end, which are at peace. So that’s the whole last bit, that creative journey.

The way you write sounds how I’ve gone through such a similar thing. That method is resonating. The more time’s gone by the more I’ve sat through these emotions I have got to that stage again where I’m like there’s plenty of time left and we’ll all love multiple people and life will go on. It’s so hard to get through and I feel so sorry for people that can’t get through it, and I guess music is that key that unlocks that for some people… that they can believe in love again.

The song Widow’s Peak, there’s an aspect, there’s part of the album where she gets kind of hunted, almost, by a widow, but the widow is personification of the cynical, hardened heart, someone who can’t let go of the grief and who becomes a misshapen or hardened person, so he does flirt with that. So that again is another part of grief and I think what you were just describing then is something most people go through, which is the loss of something that’s so important to you and you have to go through the grieving process and then heal, and that’s why I think this album, hopefully, is resonating with lots of people because we all go through that in multiple different ways and it is a very human journey. And even though it stresses me out it’s all relevant of The Bride; lots of blokes I’ve spoken to are really emotionally attached by it and I find that really special and it’s not just about a bride, it’s about all of us and the things that we feel and go through.

Yeah, I think Laura is a great example of that and I think that the person I wrote it about does know and did love it, but it it also extends out to certain other people I know. It’s about a type of person I know and I think that it’s actually been a good thing that people haven’t said to me “Is that about me?”, because as a writer, whether you’re writing books or music or anything, it sort of kills the mystery if you make it that obvious, and I think it's important to keep it universal, so luckily I’ve managed to not offend anyone or make anyone think it’s about them. But I think there are definitely some love songs that I know ex-boyfriends know are about them and I think its raw for them, but that’s part of being with someone who writes about their experiences. 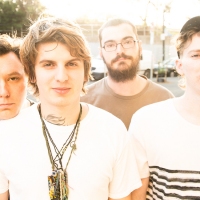 Keeping It Freaky With The Front BottomsWe find out what makes the charming, folk-punk foursome from New Jersey tick. 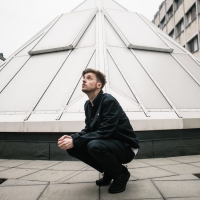