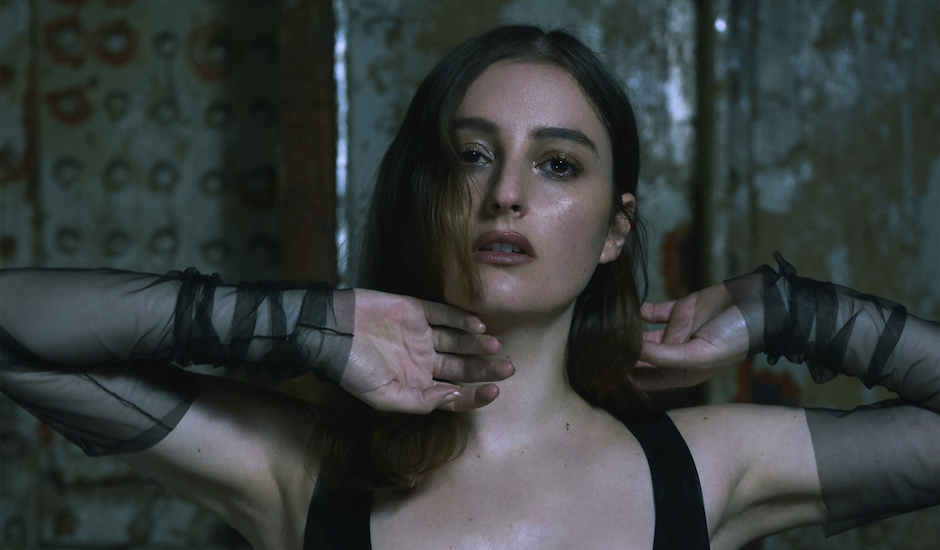 BANKS is a musician who, like many others, seemingly prefers for her music to do the talking. It's been something ironically recognisable for the musician - real name Jillian Banks, from California's Orange County - since her Fall Over EP in 2013, which was marked only by graphic text and a darkened candle burning in the background. There were no press shots, nor any information suggesting who she was; only her now-distinct, R&B twang and productions aided by good friends SOHN, Lil Salva and Totally Enormous Extinct Dinosaurs - each put onto BANKS through her then-UK record label A&R, Good Years' Seb Chew. She was notably quietly-spoken and 'Banksian' – i.e. vague – when giving interviews and primarily chose to contact her fans directly, whether it be through her ability to distinctly capture relatable moments of heartbreak and attraction in her songwriting, or by making her personal phone number publically accessible on her Facebook page, encouraging fans to reach out whenever they wanted to talk.

Six years later, and her third album's lead single opens with darting synth melodies and thick bass kicks; "you can call me that bitch," she sings, demanding that she knows what she deserves and that she's here to take it for her own. "I was really introverted to the cameras and doing press – it just filled me with a frantic energy," she says on the phone from Los Angeles, talking two days before the arrival of III, her aptly-titled third album, and first in three years. Six years later, and BANKS is brimming with confidence and self-assurance, whether it be through the barking kicks of Gimme - her triumphant, aforementioned comeback single - or in its official video clip, in which she dances a self-choreographed routine surrounded by blinking lights in a blackened warehouse.

Turn on the spotlight and move it centre – BANKS is here, and she's ready for her time.

Two years ago, a year following the release of her second album The Altar and in the midst of a flourishing album campaign, BANKS seemingly disappeared. Having spent ten years building and exploring this niche intersection of dark-pop and vibrant R&B (think FKA Twigs meets Billie Eilish's tender and stripped-back moments), it became clear that the relentlessness of creating and maintaining a blossoming career in commercial music meant that she needed to take a step back, mainly to process her career thus far and to re-adjust to the complexities of making music in the present-day. "I never really had time to digest how much my life had changed," she told Billboard in May. "I needed to rediscover how to live in one place, reestablish a nesting place and be a little more grounded."

In the wake of creating III - an album primarily written throughout this time away from the spotlight, recorded in endless sessions at LA's Westlake Recording Studios with guests including Hudson Mohawke and Buddy Ross - BANKS is adamant that taking this step away allowed her to reconfigure herself physically, mentally and emotionally, leading to the newfound energy and confidence that marks much of III's swagger-swiped bursts of energy, such as Gimme. "I had worked past the point of exhaustion and I wasn't feeling good mentally nor physically. I knew I needed a break," she explains, before expanding how it came to shape III's creation and final product. "I've found you can't be feeling drained when you're writing music, because you don't have much to give when you're in that place and you've got to fake it in a way. I think taking that time was really good for me because I was in a really peaceful place when I started making music again, and I felt like it might've given me newfound confidence to try new things. I'm not being held back anymore."

Within the first minute of III, you can already hear how BANKS' refreshed and recovered mind has reinvigorated and at times, completely reinvented her approach to music. Throughout, it becomes clear that she's willing to experiment and take risks unattempted in The Altar and Goddess, whether it be enlisting new co-songwriters in Trey Campbell (Ella Mai, Bebe Rexha) and Kevin Garrett (Beyoncé), or, in a more visible example, the crushing heaviness much of the album's first half delivers. On Till Now, III's auto-tuned opening, BANKS' signature vocal glide is backed by tribal drum sections and a growing, warping vocal orchestra, which features sporadically across much of the album's songs. Gimme sees her vocal clearer and more precise, but layers it with a more experimental take on traditional pop songwriting expected from producer Hudson Mohawke, joined by Perth ex-pat and rising protogée Kito. Elsewhere, Contaminated gradually crescendos from its ballad-esque opening, while Look What You're Doing To Me - which features Francis and the Lights in the album's only credited vocal collaboration - twists and warps with eclectic production and painfully raw cries.

However, as left-field and heavy the album may open, it's littered with moments that feel like a gaze into the more subdued and open side of BANKS, touched by the vulnerability that saw her first two albums become such cult favourites. Sawzall is notably stripped away to its most raw and impactful; BANKS' vocal matching a startlingly emotional production. On Hawaiian Mazes, she shares an ode to a two week trip to Hawaii at the beginning of her time away post-The Altar, while on If We Were Made Of Water, BANKS' vocal turns into a soulful croon as it meets a soft sadness which will move you within its first chorus. "It's about growing up and owning your path," she says on the former track. "Sometimes you can hold on so tight to a memory of something, or someone because you’re scared of the unknown."

On both Goddess and The Altar, BANKS' rich lyricism have always felt incomparable, perhaps the reason why she's always felt so familiar and relatable, even at a time where she wasn't so accustomed to the public eye as such. She sang on failed relationships and empowerment - often the parallels of the two, and how you find one within the other - with such a directness that you could tell its messages were personal and experienced, yet they were open enough that anyone could find comfort in their meaning. Each song, as she explained to The Line of Best Fit, feels like a part of her. "They make a whole human, and that’s always how my albums are. One song is a finger, one song is an arm, one song is a leg, one song is my stomach, one song is my neck – but I don’t fragment my body up like that in terms of how I think of myself. My music is part of my body – it’s just me, and it’s just what I make, and it’s a very fluid process. They’re all the innards of who I am. I have so many different layers to me, and every song is so different and represents a different part of me."

On III, her rich songwriting isn't overwhelmed by the glitching beats and layered auto-tune orchestras around her. Instead, they complement it, the productions growing as she sings about growing up itself, and blossoming into a woman; the transformative cycle of aging and maturing translated to subtle vocal cries and tall-standing, confident choruses alike. "Every whole life cycle is represented in threes: birth, life, death; beginning, middle, end; past, present, future," she says on the record to The Line of Best Fit. "I feel like all those wordings of three end with a theoretical period. A period represents the ability to put an end to a thought; a closing of a chapter." Hence III; it's not just her third album, but rather the closing of the third - and final - chapter. 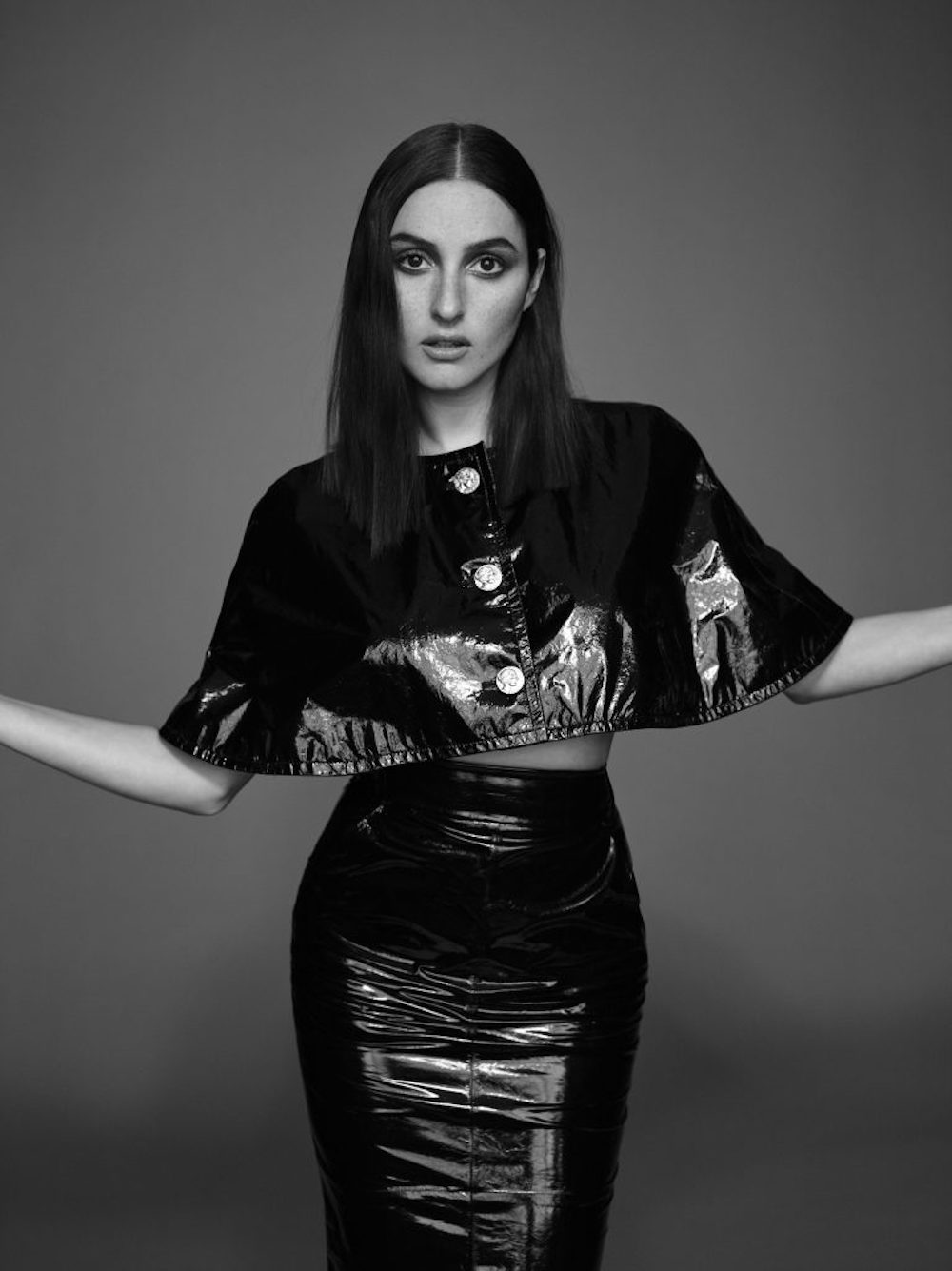 In her time away, one particular thing BANKS found comfort, and then inspiration in, was poetry - reading it, researching it, and writing it. One in particular, found in a self-written poetry book she's releasing alongside the album titled Generations of Women from the Moon, found itself being one of the album's most influential drivers. Titled Ode to the Grey Zone, she says that the poem helped her build the themes that would later shape the album, doubling-down on this topic of growing up and maturing in a different voice to what she writes when songwriting.

"Ode to the grey zone.
Now I know that it exists.
I’d heard stories long ago
One woman entered its abyss
She said that the road was messy
Steps were crooked
Signs were wrong.
I heard myths that front was back
And white was black
And short was long.
I asked how could someone know where they were going if alone?
I asked should I wait to enter till I feel I’m fully grown?
She said,
“Child, silly girl. You were born already whole.
You’ve been fully grown since the beginning,
Life just took its toll.
You need to remember that whenever one road seems too long
Answers to unanswered questions lie in your unwritten songs.
Solace lies inside the soulless when they see they’re fully souled."

"Writing poetry is a lot like writing music and lyrics, and it's definitely a similar form of therapy, but it almost comes from a different place. I feel like my music is about the nitty gritties of life and dynamics between this and that, but poetry feels like it's more about general life. I feel like my poetry voice comes from an almost maternal place, as if it's stuff I wish my mother would say to me," she explains, before linking the forthcoming poetry book with III's songwriting. "With the album and the poetry book together, I think it really just shows that this is all me; it's all just one person going through the same thing, but speaking about it in a different way, and maybe using different words to explain the same thing differently - if that makes sense. They definitely hold hands with one another. They coincide with each other. It's just another medium with sketches and drawings and poems that help tell the story the album tells in another light.

"This album for me was about accepting myself and growing up; letting go of those certain things that I need to let go off. It's okay to not be perfect," she continues. "I think that Ode to the Grey Zone poem is about that - at least that's what I took from it. It's an ode to the journey of figuring that out; an ode to the zone between the black and the white and this obsession of being perfect." 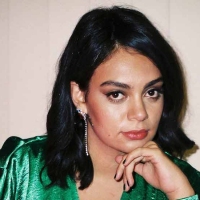 Love & War: How Thelma Plum found therapy in Better In BlakAfter endless social media hate and racism, Better In Blak is a triumphant middle finger from one of Australia's best. 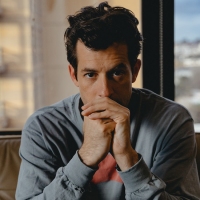