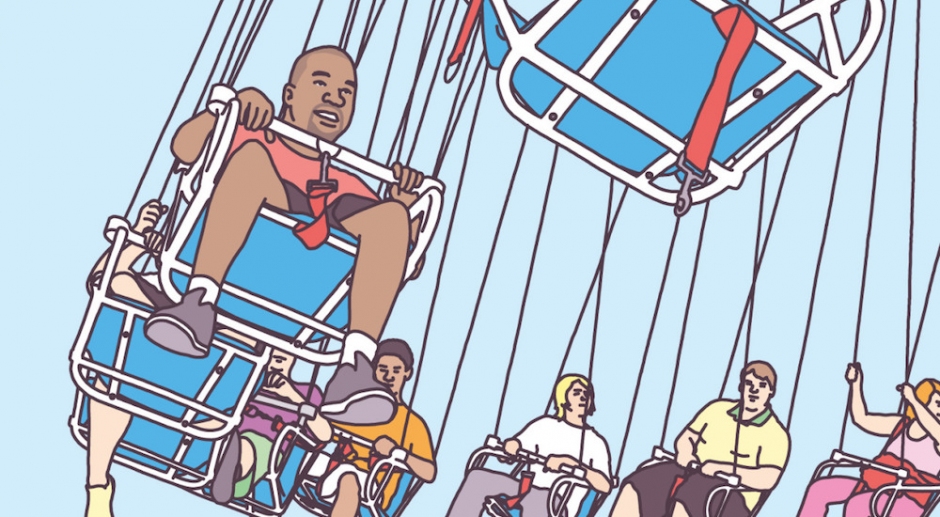 Reader, welcome to the first ever 'Con Reviews'. A place where anything and everything will be reviewed by yours truly. Maybe I'll review a fishing rod? Or maybe I'll go to the zoo. Or maybe I'll review a full day of Channel 10 programming. But first up I'm gonna start with something a little more traditional. An album. And not just any album. One of the year's most talked about.

Kanye West – The Life of Pablo

Before I start listening to this, let me just say this will be the first Kanye album I’ll have ever listened to. Yeah, I’ve heard some of his tracks before: not particularly my style. I mean, he has all the ingredients to make his cake, it’s just that everything I’ve heard before has not made me want to listen to his shit, no harm no foul, I just didn't think I’d be into it. The stuff I have heard from Mr West just isn’t stuff that makes me care enough to listen to his work. I'm a bit of a geek when it comes to music, and I guess that has made me a bit music snobby. Take this as full disclosure of my predisposition.

Firstly, this album artwork looks fucking terrible. If this is a foreshadowing to the music, it just serves as a load bearing beam in my house of ‘I don’t care.’ Looking at this artwork I really feel like the artist has the same feeling as that little asshole who designed the Perth cactus: commissioned for a ton of money, a straight face while pitching the idea, then off to 'uncontactable land' once the thing is built and people start questioning its value and worth. The highly publicised egotistical side of Mr West is hard to forget when judging his work, so I won’t try to forget: his cover looks like he made it while stoned and everyone around him told him it’s fucking amazing even after he sobered up. Everyone kept that smoke stream up his ass and he started to believe what they were saying. “It really shows the struggle, the authenticity. It’s really quite beautiful.” Go fuck yourself Mr West: your album artwork looks as though it was made in fucking MS paint and it sucks balls.

Onto track one. Listening through some nice headphones.

That auto-tune sticks out like a fucking car crash. Ugh. Maybe this will be harder than I first envisioned. Generic sounds so far. Bunch of reverse swells with a bit of delay. I do like the big female choir that just rolled into the first track. First bit of interest. But then Mr West just jumps back to some horrific auto-tune. It really is poison. I can’t sing, so I keep my god damn mouth shut. Heed this lesson. The horns have rolled in. I’m not too sure of this: there is so much shit going on and that means there is no real identity or soul to this track. It is too eclectic. There is no real constant. I think this track needs to lose some of its complications. It has some seriously cool bits (the female vocals kill), but since everything changes every 2 bars there is no groove to get into.

Give me the next song.

What the fuck, am I back in the 70’s? Groovy electric piano. Lo-fi sounds everywhere. Wailing vocals. Very nice... Damnit: it didn’t last. The 808 has been brought out, and it is boring as fuck. And now Mr West is talking about ‘bleached assholes’ with his horrible fucking auto-tune vocals. God they suck. So far that one bit of congruity, that one thing albums really need to connect every dot from one point to another, has been Kanye West’s shitty auto-tune vocals.

Track 3: cheese. All I can hear is cheese. I need to clean my earphones because they have been clogged with too much cheese. I would have imagined Kanye West would have spent more time on this record to get away from his fucking horrible wife and insane in-laws, but it sounds like he is entering a production competition at the age of 16. I’ve heard a ton more cooler stuff on SoundCloud than this track. Fuck. This is getting too real. So far my Kanye album avoidance has been justified. Next song.

Next track is called Famous. I like the music on this one. The synthy pad background thing is dark. The boxey bass drum is cool too. But it’s the dark background pad loop that is standout. See? I am being positive! But then: what is this fucking Caribbean island sample shit?

Situation report: Auto-tune is horrific: if you are eating a really nice meal but someone is shooting at you, it is hard to think about the flavours of the meal. It is hard to think about the layers of the song when that fucking auto-tune is in my ears. These songs pull in five directions within each minute which means there is nothing to get into, and any part of a song you might like is just an unfinished undeveloped idea that quickly get superseded.

Why are these middle of the album songs so short? Are these all just late night ideas thrown together? Where is the structure? Where are the hooks? I know there doesn’t need to be hooks in songs, but how the fuck is Kanye ‘muthafuckin genius’ West so big if his songs don’t have hooks?

Low Lights is dumb. Some nothing vocals. A piano. A muddy synth. And Kanye’s blank expression starring down at a delay pedal on the floor, imagining he is making the next 'Maggot Brain.' What a cunt. Next song.

Alright I’ll level with you. I made it 16 seconds into Highlights. Too much auto-tune. Next song.

Hey, a bit of melody. What a welcomed change. This track is kinda cool. I do like the muddy lo-fi production across the tracks of the whole album. The synths are low and dirty, the drums are boxey and squashed. This is my favourite track so far. But that’s like saying Chlamydia is my favourite of the STDs. Still, not a bad track. Waves should have been the minimum for West to aim for in each track. Why wasn't it?

This one is not bad either - FML. The dark chords do it for me. The auto-tune is pretty tasteful too (as in it is hard to notice it because it isn’t spitting in my ears for once). Then the nice high up vocal stuff. Well what do you know, this is a decent track indeed. Bit of structure too. I like where this is going. Dissonant chord stuff, not bad at all. Yeah. A good track. I hope the momentum of these songs continues. Kanye should have made an album of the stuff from FML and Waves.

Nope, don’t like the chorus and flanger effects dripping all over the vocals in Wolves. Ketchup is good unless it is the main part of the meal. Cool outro though. 30 Hours feels like it would be fucking amazing if there was no lead Kanye vocals. Listen to the song that is under the actual song. It’s incredible. This one makes me wonder how much Kanye paid for the track underneath. Fortunately it is pretty easy to tune Mr West out since he is so monotonic. No More Parties In LA sounds like it would be a great track for that cocktail bar that is just a touch overpriced, but has a Sunday Session that makes up for it.

Facts feels like it isn’t supposed to be on this album. It doesn’t really work. Yeah I know the production is all in line with the rest of them, but it is something about the vocals. It has like an Eazy-E vibe that makes it seem ‘harder’ than the rest of the petulant child shit on this record. Everything else is about not having real friends or making people famous. I didn’t listen so much to the lyrics of Facts but the vibe is all street. Doesn’t fit. There are house cats with more street experience than Kanye. Stick to the ‘sad cos no Facebook messages today’ vibe, Mr West.

And that brings this experience to an end. Well, I won’t do that again. Deleting that shit off my computer. Ticked a box off: listened to a Kanye album once in my life. Had enough for a lifetime too. Did he make a fan? Nope. It just feels like he doesn’t really give a fuck about his fans or his art or his life in general. That seeps through. He sounds lazy. You can hear it in the production, the vibe, the vocals, everything. It is all just… average. Like it is good enough, and it doesn’t matter past a point. His reputation precedes him. There is no young artist drive. No heart. His facial expression found in every photo is the perfect picture for his music. Total apathy. Well Mr West, you give me pathetic half baked ideas for songs and put them on a record, I'll half listen in the background and forget all about it. You get what you give.

I like heart in music. I like emotion. I like real pain. Or real joy. Just something real. This record has none of it. Buy something else, like a 20 dollar pool toy, or a bottle of red wine. 3/10. 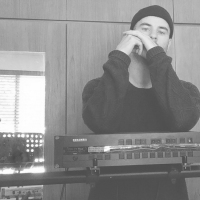 Premiere: Get a dose of R&B-fuelled nostalgia with Alwyn Lewis' new single, MarblesHe launches it this Wednesday at The Bird. 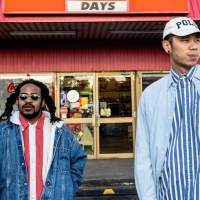