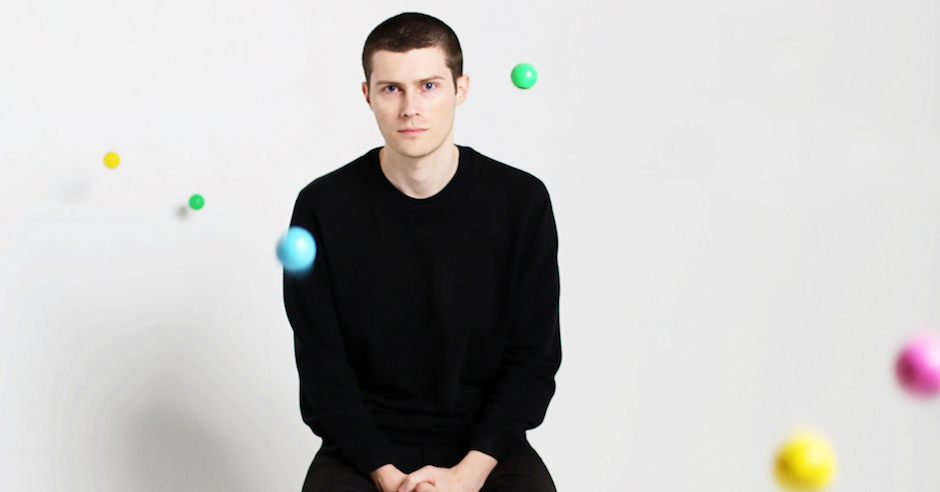 Remixing has always played a large part in electronic music culture, from the early pioneers who stripped back and refined reggae and dub in the late 1960s and early 1970s, through the disco, bloghouse and EDM phases to today – where almost every emerging electronic act establishes an early fanbase using remixes and edits. Led by Portugal-born musician Andre Anjos, RAC is no different, initially forming as a collective between himself and a few online friends in 2007. “My original idea was to create a creative services company,” he says, revisiting the early days of the project. “Kind of like a custom music shop for TV/film/advertising/remixing.” Clearly, RAC didn’t become the Pimp My Ride of the music industry as the initial dream suggested, with Anjos instead using the alias as a solo project after his fellow members left all the work up to him.

Since taking over the project, RAC has established himself as one of the leading remixers in the game, turning singles by Phoenix, The Shins, Foster The People, Lana Del Rey and others into magical dancefloor fillers, renowned for its perfectionism. At this year’s Grammy Awards, he picked up an award for his remix of Bob Moses’ Tearing Me Up, taking out the Best Remix category after missing out in 2016 in the hands of Dave Audé’s Uptown Funk remix. However, not content with forming a name from remixes alone, he’s also delved into original work – including his 2014 debut record Strangers. On Strangers, RAC took hold of his indie-electronica sound and amplified it dramatically, enlisting names including Bloc Party’s Kele Okereke and MNDR for the occasion. EGO is the producer’s second take on the album format, recruiting Weezer’s Rivers Cuomo, ex-Vampire Weekend member Rostam, K. Flay, St. Lucia and a tonne of others for a 60-minute long, 14-track affair that masterfully balances his early rock influences with his catchy electronic sound, something that RAC says was born “out of practicality” after playing in bands for much of his upbringing. “I played in a variety of different bands in my teenage years, and as much as I enjoyed that, I really wanted to have full control over a project of my own,” he says. “Something where I could play every instrument. Electronic music was the best way to do that.”

After discovering electronic music through early Aphex Twin, Radiohead’s acclaimed, genre-bending record Kid A and games like FIFA and Wipeout, the genre has always played a big part in the RAC project. However, there’ll always be a place for his indie-rock roots – something that is particularly evident on EGO. “It’s not something I actively think about, but I think all my early influences come through in my own material. It’s just natural” explains RAC on the balance of indie-rock and electronica across his work. “I grew up listening to all kinds of music, so I’m just channelling all those ideas into something of my own.” This balance is particularly evident in his remixes. Where many artists in the electronic music scene tend to stick within their sub-genres for remixes, RAC has always been different, first emerging with a remix for The Shins which has since been accompanied by remixes for Phoenix, Foster The People and other recent indie-rock heroes. “It just became my niche. I realised early on that nobody was really going for these types of remixes. I saw an opportunity, and I took it.”

In 2014, Anjos took the biggest leap of his career – his debut album. In the electronic music world, taking the step to record and release a debut album is incredibly risky, with multitudes of producers unable to dig deep, be creative, and create a record which still sounds fresh and exciting on its 10th listen. Over the past few years there’s been plenty of success stories – RÜFÜS, Kaytranada and Bonobo to name a few – and whilst Stranger might’ve not had the same effect in Anjos’ eyes (“I felt a little like I got lost trying to please people”), it was still an incredible opportunity for the world to finally get to know the real RAC. “I had built enough of a following with remixes that I had the opportunity to truly express myself in my own way. It took me a long time to figure out what that meant, and what that sounded like,” Anjos reflects on his debut. “It’s so difficult and rare to be in this position, so I decided very early on that it was gonna be on my terms and that I was gonna give it everything I have regardless if it was successful or not. It’s a privilege to be an artist, and I’m striving for greatness. Anything less than that is a waste of time.”

EGO is Anjos’ second attempt at the album format, and in comparison to Stranger, it’s a far more refined and classier affair. The album’s opening wave of strings signals a direction away from RAC’s dancefloor-ready electronic flair, a direction which he explores for much of the album. However, it still boasts that upbeat, summery sound that RAC has harnessed and made his own. I Still Wanna Know, a Rivers Cuomo collaboration that sits towards the record’s opening, perfectly demonstrates this sound, crossing the dynamic vocals of the Weezer frontman with strong guitar work which would sit somewhat out of place in many of his past singles and remixes. Collaborations with St. Lucia and K. Flay follow suit, with the former pairing cruisy, laid-back vocals with pausing guitar lines and lively percussion, with the latter somewhat reminiscent of the moody indie-rock sound that dominated the scene a few years back.

EGO marks a new sense of freedom for RAC, a freedom which is particularly evident across the album’s 14 tracks, each as invigorating and refreshing as the next. “Ego can have a negative connotation, but I think of it as an exploration of self,” says RAC on the album’s title. “This album is really me figuring out what I personally wanted. I felt free to do whatever.”. This freedom makes EGO much more polished and cultivated than his debut, allowing RAC to thoroughly explore a more indie-rock side of his original music without the stress of hype, or copyright and royalties – something that RAC says profoundly influenced his move into original music. “The thing is that I’ve been writing original music for much, much longer than I’ve been doing remixes, so it was the obvious thing to do,” he says on his evolution from a remixer to an original producer. “They’re perceived differently, but it’s very similar. On the business side of things, remixers get screwed over constantly on writing royalties, so part of that was wanting to put my own work out there in a different context.”

Music production and remixing aside, a large part of the RAC project is their live performances, which have become a ‘must see’ amongst the indie/electronic world for its innovative style of bringing electronic music into more of a traditional live setting. Often performing with a full, five-piece band, RAC’s live show is all about being different and unique, in an otherwise crowded industry full of trend-followers. “I think it’s really important to differentiate yourself from the crowd. You might have short-term success by following trends, but you’ll never reach longevity with that approach,” he says, discussing whether a strong live show is important in the electronic music scene. “I don’t want to be limited to anything. I take that same approach to our live shows. I just want to put on the best show I possibly can and have fun doing so. Whether or not that’s appropriate for an electronic artist is up to each artist. I want to put on a show that I would personally want to watch, and that’s ultimately the goal.”

With the making and the release of EGO now largely done and dusted, RAC has his eyes set on expanding and improving the live show, which will be touring across North American and beyond for much of 2017. However, in addition to this, RAC has his eyes set on many musical ventures now EGO is released and out of the way, so to speak. “In the past year or so I’ve scored a video game, scored my 2nd full-length film, possibly doing a ballet. Anything to keep stretching myself as a musician. I think it’s really important to get out of your comfort zone,” says RAC, talking about what’s on the cards post-EGO. “We’re gonna be touring for the next year or so with our live show. I’m really excited because it’s headed in a more experimental direction and that makes me very happy."

While exploring RAC’s extensive catalogue of remixes in preparation for this interview, something that continues to play in my mind is where remixing is heading in the future. The future of music is something heavily discussed in the music world, including on Pilerats, but whether remixing has a part in this future is something that’s not so clear-cut, as while they’re great to listen to, many don’t see them just ‘as necessary and important’ as the original track itself. “"Remixing is like musical prostitution. I think it's really cynical and vacuous; I'm batting offers away like flies. It never used to be like that. Ray Charles didn't need five remixes. The song speaks for itself” said James Blake, in a 2011 interview with SPIN.  Although Blake has dabbled in the realm of remixing in the past, it’s a quote consistently brought up in discussions about remixing and its place in music, and something RAC has been tackling – successfully – to prove wrong. “Nothing against James Blake personally but I think that comment will go down in history as extremely short-sighted and oblivious, akin to Tom Petty complaining about sampling in the 90’s. It was probably just something off the cuff without much thought and out of context, and I certainly didn’t take it personally,” says RAC, provoked by the James Blake quote when asked about the future of remixing in the mainstream music world. “I think remixing is a true artform and not everybody is gonna understand that. I’m doing my best to show what’s possible though. The future of music is inclusive and open-minded. We’re headed to a bright future where the very concept of intellectual property is being challenged. Remixing will be pervasive and it’ll continue to shape the landscape for a long time. You might not like it, but there’s no stopping it.”

EGO, the second album from RAC, is out July 14 on Counter Records/Inertia Music. Pre-order the album HERE. 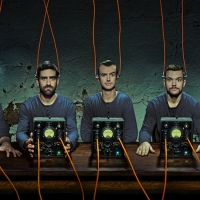 "We’re close and love what we’ve got." Karnivool talk album #4 ahead of SOTA FestivalThe state of Karnivool to come. 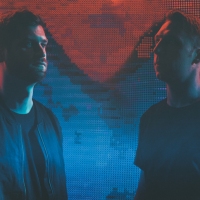 A Moment Apart: The Evolution Of ODESZAWe chat to one-half of the Seattle duo about their bold and confident third album, and drawing inspiration from the world around them.

Brett from the Brisbane band delivers some Australian rock faves