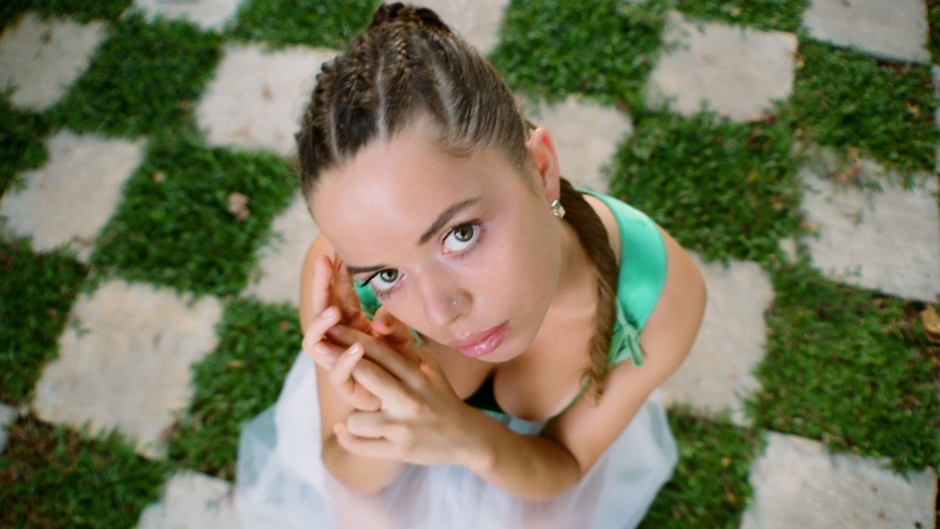 Releasing her first EP Small Crimes back in 2016, Nilufer Yanya broke through with her critically acclaimed, as ambitious as it is impressive debut album, Miss Universe. An 18 track concept album centred around the fictitious WWAY HEALTH organisation, a satirical swipe at the self-absorbed side of the “wellness” industry, the record musically established her as a force in the world of “alt-rock”, with elements of grunge, indie and even jazz seeping through.

Now, three years on from her debut full-length, Yanya is back with her sophomore album PAINLESS - an album that sonically portrays her growth as both songwriter and as a person, digging deeper into emotions and sounding a whole lot more personal, more intimate - and a whole lot less WWAY HEALTH. A beautiful, affecting listen, PAINLESS sees looped, dusty drum loops alongside big guitar chords and melodies, with some truly unique, interesting and inspired production from the likes of Wilma Archer, Bullion and Big Thief producer Andrew Sarlo.

To tell us all about PAINLESS, Yanya was kind enough to jump on Zoom for a chat, with me starting the conversation by asking - what was it like getting back to London after touring the world for a year right when the pandemic started?

So when did that novelty start to wear off - reality set in?

"Probably towards the end of that year - the winter was getting worse and it was like "Hoooo, another yeah, OK", and then 2021 was a weird year."

Was it ever… so when did you start working on PAINLESS?

2020 - you were coming off the back of your debut album and then touring the world for a year straight - how did this impact the record? Did you learn anything in particular?

"At the beginning of 2020 I didn't have any ideas left, I felt a bit drained and not very inspired and that bled into 2021. I just started working with my friend Will again though and we just bounced ideas off each other seamlessly. So I'd say the co-writing and being more open to co-writing, and being OK with the fact that you don't always have to do it all by itself - it's fine to share. Share the writing and the workload."

Will AKA Wilma Archer - an incredibly dope producer known for his work with artists ranging from Sudan Archives to MF DOOM - how did you link up with him?

"We worked together on Miss Universe, we worked on a couple of songs together and he also did the interludes, and we just really got on and really enjoyed talking about music and hanging out. We worked together on an EP [2020’s Feeling Lucky]  as well, he did Same Damn Luck with me, so it was kind of someone I was always working with and now he plays a bigger role on this record."

You also worked with another incredible producer, Bullion (known for his own releases, producing for artists like Westerman and Orlando Weeks, and remixing other producers like Todd Terje and Model 500) - what was that like?

"We also did two songs on this record - one of them, Left Right that was the first song I started. We wrote that end of February - I went to Lisbon cos he was living there at the time. Yeah, another person that I've always known - not always known but for like the past five years - and always enjoy making music with him cos he's got a lot of out-there ideas."

Was there any impact working with more producers and collaborators this time around?

"I'd say this is more of a cohesive sound, cos I wasn't working with too many different people last time, so it definitely helped give it more of a "sound" in the way people talk about it. I think there was just a lot more trust this time around, I also wasn't thinking too much about "the sound" *laughs* that sounds weird *laughs*"

It does sound kind of weird… but I get it. From a thematic point of view, it’s safe to say this is a more “personal” record - was that a conscious choice?

"Yeah I'd say it's more open, it's kind of more vulnerable. Mainly because there's no overarching concept to hide everything, so when you're talking about the songs, you can't say "oh, this is actually about WWAY HEALTH"... this is actually about just me *laughs* and the way I see things. A lot of it has to do with just growing up a bit. Also, their all new songs, so there's nothing kind of from my past it's more just like.... new, new. You have to keep digging in deeper."

Speaking of WWAY HEALTH (a concept I was a huge fan of), when PAINLESS was first announced I was really curious if there would be a concept album vibe to the record this time around... did you entertain that idea?

"I definitely did think about it. It's something that's very tempting, I think, very tempting to do. I didn't want to force anything this time, and I felt like with the last one, even though I really like the outcome, I did feel like I was kind of forcing it a bit, sometimes, when it came to what the songs were actually about. Also, I feel like the songwriting speaks for itself on this record so I didn't want to cover up... you know when you're proud of something, and you don't want to add another layer of something on top, it's already done, it's fine *laughs*"

To go from a concept album to an extremely personal record - I love the contrast, it makes me wonder if you’re always just creating, writing?

"I always try to be writing, I don't know if I am, I'm not at the moment *laughs*. But I'm doing loads of things so, that's OK *laughs*. It does feel like as I'm getting a bit older that capturing stuff in the moment and then you happen to release it, which is weird, I feel like when I was a bit younger you'd just be writing and writing and writing and just picking the best things... now it's like *laughs* now it's just scary cos whatever you write you might have to release it *laughs*"

Yeah I can’t even imagine… is that pressure kind of good though, like it forces you to finish stuff?

"It is good. Obviously not everything gets put out, but I think it's cool cos you're kind of freeing yourself from it at the same time, and it stops you from thinking things and it enables me to keep moving forward with my music. You never know, something you think’s not that great - someone else really likes it."

On to the title of the record - PAINLESS, all caps - what’s going on here?

"I was really stuck for the idea, I was stuck for album titles this time round. One of the songs used to be called Painless, so I changed that to Shameless, and then I was like "wait, actually, this really sums up the process" - like the songs just kind of appeared. Not that there wasn't any hard work involved, but the way they materialised was quite magical to me, so I liked PAINLESS and was like "yeah, I'm gonna go for that"."

Another aesthetic choice - the album’s cover art, a collage of buildings that’s got a bit more going on than appears at first glance - how did this come together? 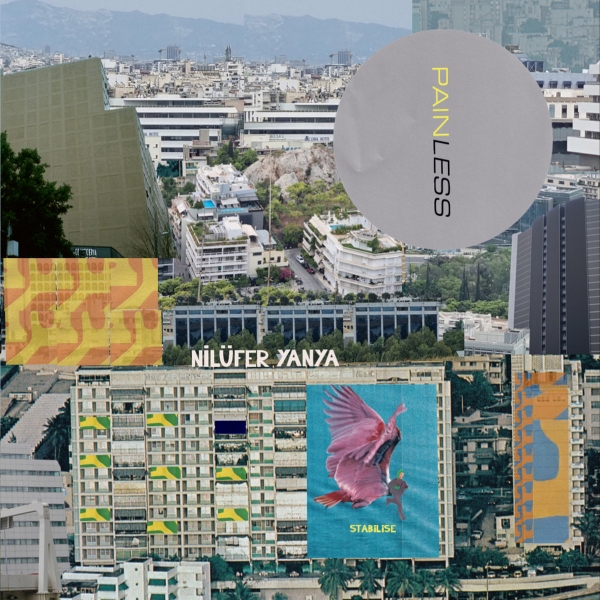 "It was just a bunch of photos that I had taken, and also that my sister had taken. When I was working on the cover art, I was just enjoying putting them all together and seeing how it was working out. It illustrated to me the city backdrop that I think the album has, talking a lot about environment and places and how they really affect us. So I just thought it would be a fun way to give the work some context, without it being too serious."

So we’re chatting before the album comes out, what’s taking up most of your time in between now and it dropping?

"I'm rehearsing for the tour. Basically that's all I'm thinking about.... that's it, that's kind of it. Just want to stay focused at this point!"

What do you do to chill out amidst it all?

"I do quite a bit of yoga these days which is nice, I just like going for walks as well. Also I'm trying to see my friends, cos I'm aware the past two years I haven't really seen people as often as I used to and as I'm getting to tour I won't see anyone for a couple of months really, so I'm trying to see people and hang out." 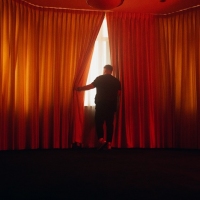 Experience Ta-ku & Friends: "A bucket list kind of project, what we brought together, honestly.”Multidisciplinary creative powerhouse talks debut Perth Festival project Songs to Experience, his immersive installation in the historic Lawson Apartments to invite listeners into his new album in a feast for the senses like no other 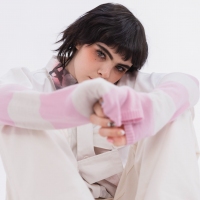 BENEE shares her LYCHEE: "I love meeting the people who listen to my music as much as they love meeting me"With her new EP of genre-blurring pop perfection, LYCHEE, Stella Rose Bennet takes her next step to musical world domination while remaining as authentic as ever