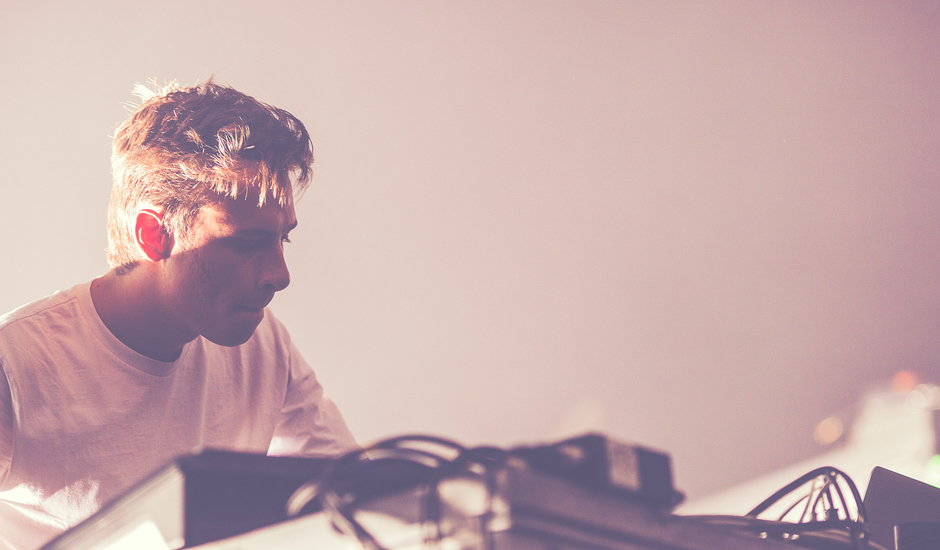 Michael Jordan once said, “I built my talents on the shoulders of someone else’s talent,” acknowledging the help he received along the way. I wanted to find out whose shoulders have helped Harley Streten’s alter ego, Flume, reach where he is now. Intrigued by how an artist garners a national profile, I went straight to the source, contacting Future Classic and talked to their Head of Touring, Chad Gillard about how they have marketed Flume.

The answer I received was not necessarily the one I thought I would get. Gillard explains that it was an organic process in which they had to react quickly to change and say 'This is the direction Harley should take'. He outlined that, while there was a plan, unlike major labels they did not have one team dedicated to promoting Harley. However, Gillard claims there are a few crucial things that added to the success of Harley Streten, like the use of social media interaction, sharing of his music for free, the power of radio and the slow-burning nature of the debut album.

Gillard describes how, over the past year since the release of his self-titled debut album on November 9, 2012, Harley has played 61 concerts in Australia. With only five major cities in Australia, Streten attempted to cover regional areas as well in order to receive maximum exposure. This is more than one concert a week for nearly a year and Australia isn’t exactly touring friendly.

Social media was important to Streten's profile and he developed a level of interaction with his fans, which was key to his rise. Gillard gave me an example of how: When Harley mentioned that One Direction’s album, Take Me Home, was being released the same day as his and when later they announced that they had beaten One Direction’s sales, it attracted 15,000 likes in one hour. At the time his fan base would have numbered roughly 30,000-40,000 people on Facebook. While that may seem that only half of his base actually cared, it illustrates a strong connection, because usually only 10% of all fans will see one post and out of that usually 1% of them will interact with the material. Therefore, to achieve 15,000 likes in one hour speaks volumes of the level of engagement.

Gillard went on to explain how, prior to releasing the album, they had tracks that you could listen to and were free to download. I asked him about their decision to do this because, if you can download the track for free, then arguably you could lower the number of sales. However, he believed that giving the music away was effective and in the past it has been successful. When the Arctic Monkeys released their debut album, Whatever People Say I Am, That’s What I’m Not, they had built the majority of their fan base through MySpace, much like Streten did through Facebook. They then promptly allowed file sharing of tracks before the album was released. However, despite this seemingly dumb marketing act, the album went onto sell 363,375 copies in the UK in its first week. This became the fastest selling album in the UK ever, until Leona Lewis outsold them. However, even Daft Punk’s album this year, possible the most hyped release only sold 165,000 units in its first week in the UK.

Now your next thought will be, so how many units did Harley shift in his first week? The answer is nowhere near as many as the Arctic Monkeys but, by the end of the year, his album had achieved Gold status on the ARIA charts, which equates to about 35,000 sales. Gillard explains how the album didn’t even reach #1 on the ARIA Charts until the beginning of February, finally knocking off Justin Bieber. This was 12 weeks after the album was released. This ‘slow-burning’ success was achieved through touring with Laneway and triple j. Gillard describes triple j as, “…a unique station… There isn’t a station that has that power in the indie scene elsewhere.” This is particularly true during the summer when they have been known to pull in higher ratings than commercial stations because of their link with festivals and the Hottest 100. Streten's success was driven by his inaugural triple j Hottest 100 where his single, Holdin On, which reached #4, helped propel the album to platinum (70,000 sales), and Holdin On to double platinum. However, something Gillard stresses throughout my talk with him was the belief that they were not motivated by profit but the idea that they wanted to share good music with people.

Following triple j’s embrace, Streten embarked on his first headline tour of Australia earlier this year in which, according to Gillard, he sold close to 40,000 tickets, a major achievement when you think about how every second festival seems to be collapsing from poor ticket sales. Regardless, the strength of this tour saw commercial radio reach out and bring Flume to their bosom. Gillard believes that Streten's presence on all aspects of radio, commercial, independent and community radio was part of his success.

Aside from asking how Streten's album was marketed, I also asked about how they will ensure that Streten was able to be sustainable and equally successful in the future. Obviously, his own record label expects him to be successful but I asked Gillard why they believed he would endure as an artist. Gillard explains that he felt Streten's success was rooted in his skills as a producer and his quality control. Gillard explains that Streten is asked to remix many big name artists regularly, but will often ignore the request if he feels he cannot create a quality track reflecting his desire to make ‘good’ music over exposure. However, it would seem that quality control is a skill many artists would need to have to reach his level regardless.

As our talk ended, I came to the conclusion that there wasn’t the grand plan that I had envisaged in my mind but as Gilllard describes it was rather a changeable and dynamic process which relied on both the artist and the audience response. Regardless, when Streten finally does release his sophomore album, there will be high expectations thanks to a massively successful past 18 months.

Will this stardom create a double-edged sword for Flume to fall on for his next album? Only time will tell. And we're pretty excited to see where it goes. 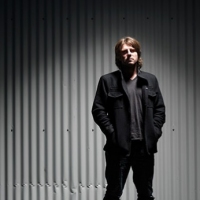 Methyl Ethel are haunted: “That is what excites me - really messing with things and making something that could just fall apart”

Check out a super fun, in depth chat between Melbourne-based neo-soul vocalist Sunny and expat producer and keys player Lewis that shines a light on the twists and turns of creating an EP out of crafting a full album