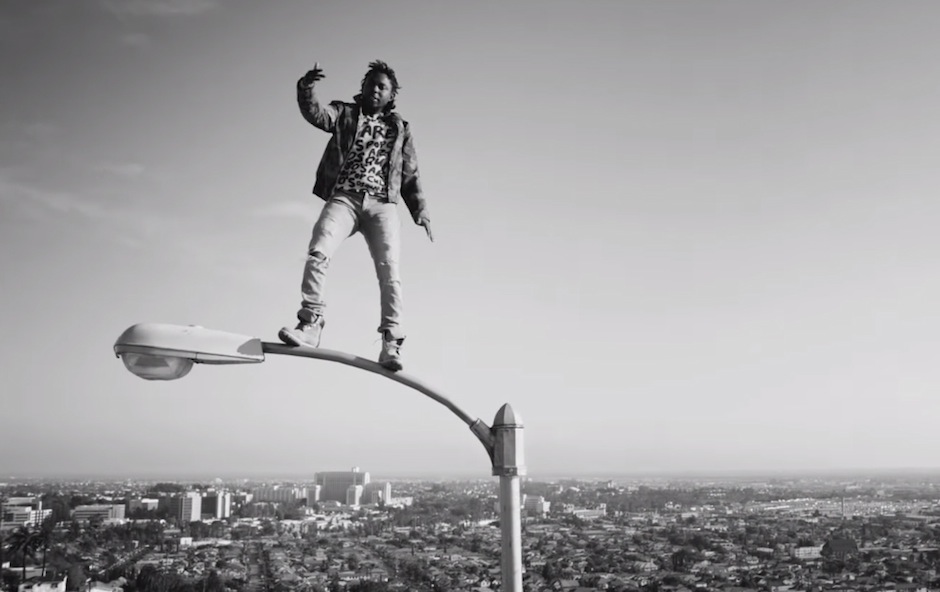 Last week Kendrick Lamar did a live rendition of his Pimp A Butterfly highlight/Pharrell-produced/featuring rap hit Alright at the BET Awards, rapping on top of a police car covered in graffiti surrounded by US flags (watch it here ), then scooping the award for Best Male Hip-Hop Artist. The track itself opens with a line (“All my life I had to fight”) from the classic American novel about slavery by Pulitzer Price winning author Alice Walker The Color Purple, and pits the injustices explored throughout history against black people in a modern framework, exploring police hate, reassuring himself and the community “we gon’ be alright.”

The Compton kingpin has now followed up the performance with an official video for the track. Shot in black and white, it’s an epic, seven-minute long, stunningly cinematic offering - and its’ making some rather large waves on the Internet. Behind the video is Colin Tilley, a veteran music video director, whose done work for Nicki Minaj and Kelly Rowland. Tilley helmed the video with team of Lamar and Top Dawg Entertainment president Dave Free, who collectively credit themselves as 'The Little Homies' for this clip. Cute. This is definitely the best video we've seen all year - there's so much striking imagery in this clip, we thought we'd break down and take time to appreciate the best frames.

1. When the camera pans out on Kendrick and some of his TDE crew are riding around in a car, and the car is being carried by Anglo-Saxon police officers. 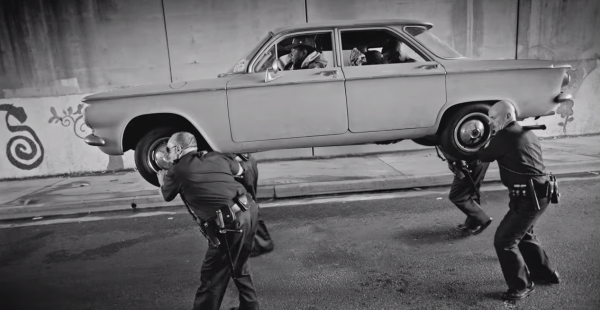 2. The empty lot shot, where Kendrick's pals are reclaiming the power and dancing on top of the police car now, while Kendrick does donuts in an empty lot tossing dollars in the sky. 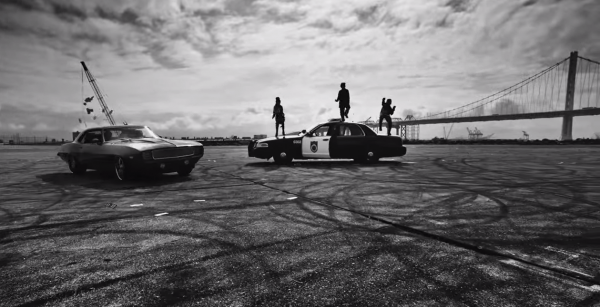 3. Kendrick getting air in his Timbalands. Basically the best angel to fly through the city of Los Angeles since Nic Cage. 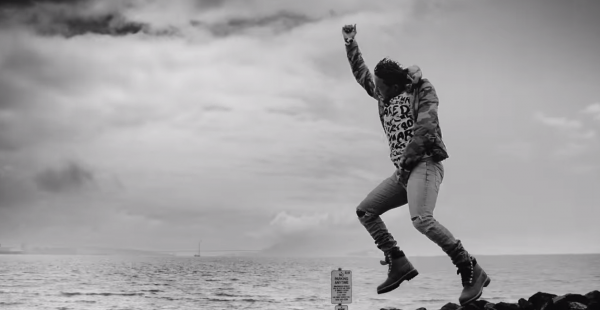 4. The stereo tower, and the awesome black Angelino dancers doing gravity-defying breakdancing in front of it. 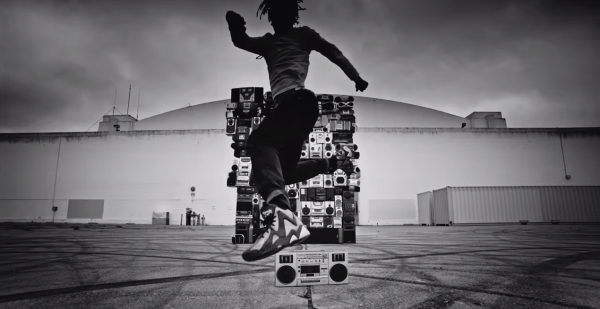 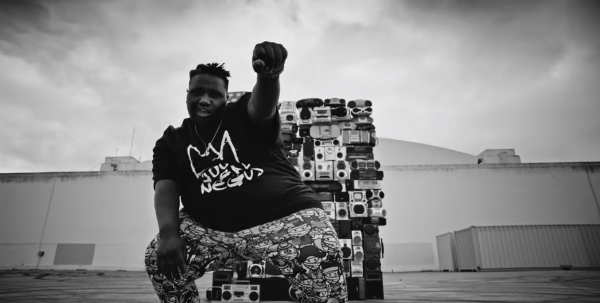 6. When Kendrick is monkeying over his mob. 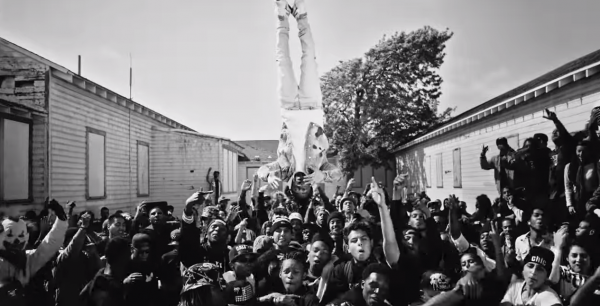 7. However good your rap squat is, it's not as good as a rap squat on top of a lamp-post above the STAPLES Centre. 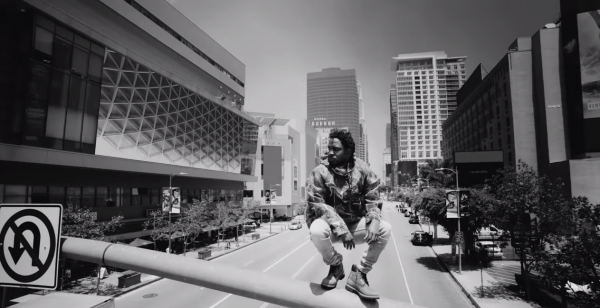 8. Death-defying stunts will always get a hot girl's attention. 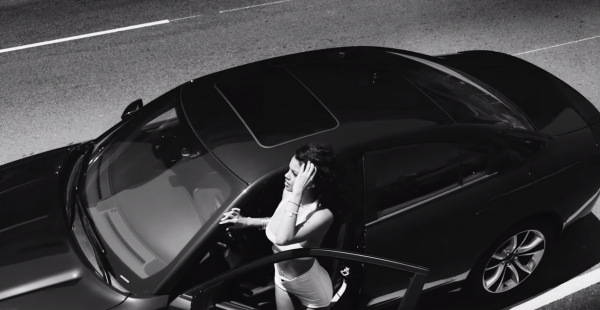 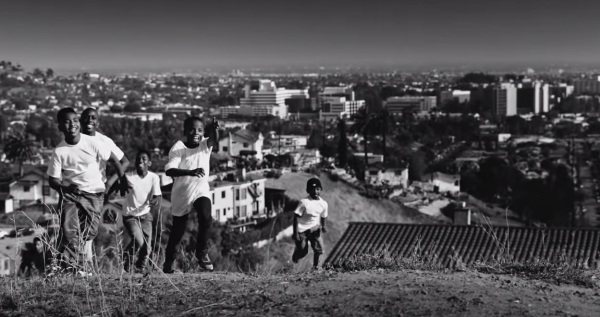 10. When the magic lamp-post stretches even higher into the clouds and Kendrick is wilin' out to 360 views. 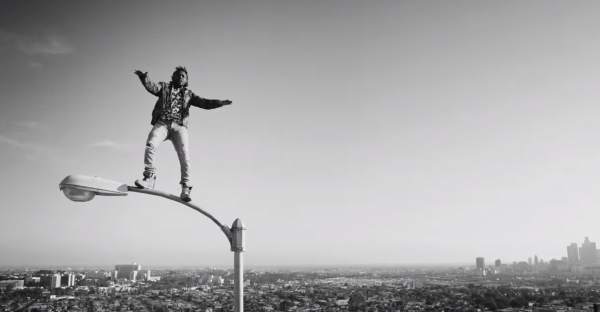 11. This jerk and his gun fingers clearly haven't listened to Alright's lyrics, especially the bit about No weapon on me shall prosper. 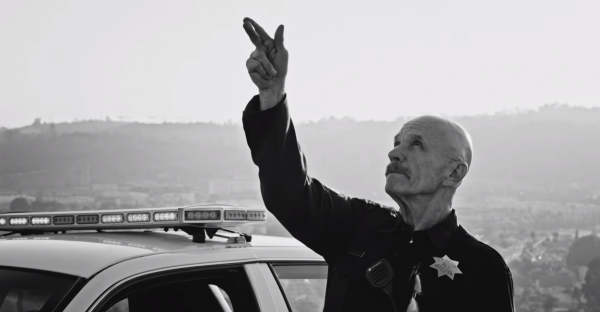 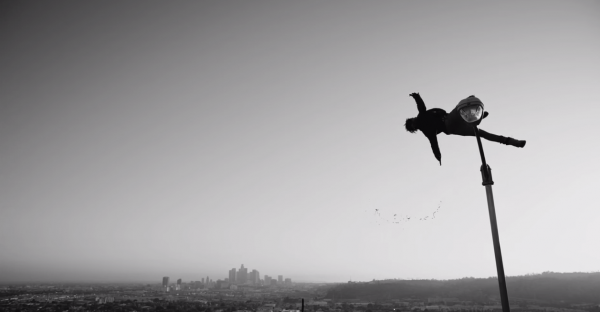 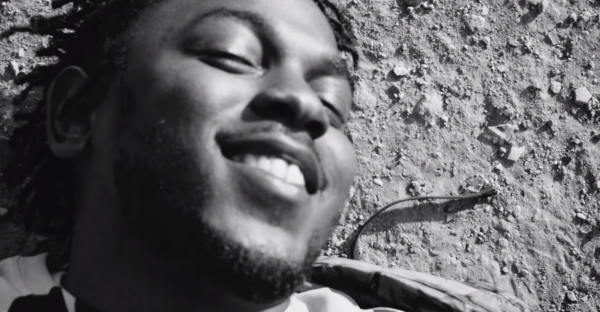 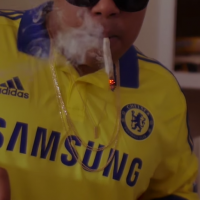 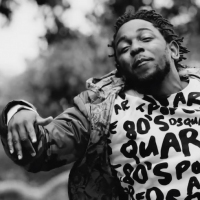