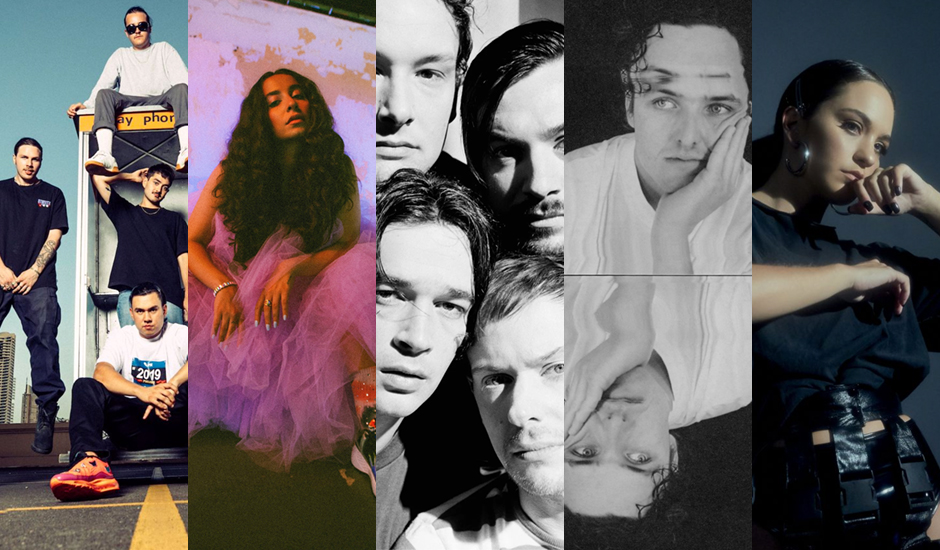 Here, in our weekly must-listen singles column, we traditionally highlight a handful of singles arriving today that showcase the best of what music has to offer that week - from Perth, Australia, or around the world. However this week, it seems that every single artist is keen on dropping music, so there's a LOT out there. Instead of our usual column where we pick out a couple of songs and dive into their greatness, here we're just going to tell you what you should be bumping: The 1975, Willaris K., Mura Masa, CLEWS, Banoffee, Kota Banks, KLP, Wafia, CXLOE, Triple One, Jack Gray and Owl Eyes. Check out Pilerats' homepage for more brilliant music and news, or subscribe to our Spotify Office Playlist for easy listening.

Triple One - So Easy feat. Matt Corby and Kwame

Sydney rap titans Triple One teaming up with fellow Western Sydney rising star Kwame is an expected move, but somehow incorporating Matt Corby in there too? Unexpected - and groundbreaking. So Easy is a masterful display of Australia's many musical talents, with Triple One, Kwame and Matt Corby each showcasing respective versatility and craft for experimentation, whether it be Kwame on one of the year's best rap choruses, Matt Corby's unexpected but perfectly-fitting guest verse, or Triple One's ability to do... everything. It's a step outside of the sonic boundaries, and at the end of the day, that's all that Triple One is about.

CXLOE is one of the brightest pop stars in the world right now, and although she's got a fair bit of attention in Australia (and internationally, playing an LA show with songwriter extraordinaire Leland, for example), she really deserves more. Devil You Don't is a warping single that showcases CXLOE's talent in what she does best: twisting the boundaries of pop and flipping the genre on its head, which she well and truly does amongst a flurry of thick bass swells and an incredible hook amongst her best to date. Catch her at Falls Festival over the summer - it's one of the festival's unmissable sets.

The 1975 are easily amongst rock music's most forward-thinking outfits at the moment, whether it be through their conscious effort to spotlight things that really matter in the world, or their ability to twist between charming indie-pop to heavy, punk-esque explosions of power at the drop of the hat. Their last track People was an example of the latter, but their newest, Frail State Of Mind, is a completely different ball-game. While frontman Matt Healy is still on feature display, the single oozes with an almost-Tourist-esque percussive glide, pitching up the electronica edge of their music for something that's quite a curveball, but done incredibly well.

Wafia is already known for being amongst Australia's most special musicians, but in 2019 - and into the future - she's got a bright, international life ahead of her too. After teaming up with Louis The Child and Whethan for Hurts earlier this year, today's returning single Flowers & Superpowers sees her make a solo debut on US mega-label Atlantic Records, and what a track it is. It's a fluttering single with thick percussive kicks and butterflying chords which unite underneath Wafia's brilliant vocal, which this time around, really feels on top of its game, unable to be overshadowed by a production which elevates it.

Willaris. K is someone already quite well-known to the bulk of the Australian - and international, to be fair - electronic scenes, but as we reach the late-end of 2019 and set our sights on 2020, he's not slowing down. In his first taste of new music since his Natural Selection / Cobaki Sky dual-release last year, his new track 5 O'CLOCK - and its B-side, PAST LIGHT - is a grand step forward both musically and career-wise, joining electronic label powerhouse Astralwerks as he sets his sights on his debut album sometime next year. There's plenty more to come, but for now, 5 O'CLOCK's spiralling synth and swelling bass should win you over.

After making her grand 2019 return with 20 Missed Calls earlier this year, Kota Banks is keeping the momentum going with yet another display of her bright, forward-thinking pop. Her new single BIG BUCKS is excitingly club-centric and experimental, with a metallic synth clanging around underneath Kota's confident vocal, that this time around, exaggerates about the life of a big-name star with all the cash to boot: "BIG BUCKS is a daydream I had whilst in London about living luxe, wearing designer brands and staying in nice hotels," she says. Kota Banks is on top, and don't forget it.

After the runaway success of his 2017 debut album Mura Masa, all eyes have been on the British beat-maker to see how exactly you can mould the future after an album that's left it so open-ended. Over the last few months, we've had slight teases - the Clairo-assisted I Don't Think I Can Do This Again a highlight - but it now it seems like we're back on track to album number two, with No Hope Generation being a gleaming hint at what to come. It's more of an 90s-tinged Brit-pop tune than the fierce electronica he's once known for, but it showcases an intense creativity which really defines what Mura Masa is.

With their three singles thus far - Crushed, Hollywood and Museum - CLEWS have made it clear that they have a future in the Australian rock scene, and with their latest single New Age, they're proving it once again. It's a strumming three-minutes of that remarkable CLEWS charm; their intoxicating blend of grunge-y indie and pop once again shining bright. "Hollywood sounded a bit more glittery than what we’ve been doing, and with New Age I just really wanted to go back to really, really heavy guitars," they say on the single. "It’s a descending riff the whole time. I wanted it to be Queens Of The Stone Age-y."

Banoffee is a mastermind in Australia's left-field pop music world, something showcased with a range of singles including her 2017 highlight Ripe. There was Muscle Memory and Bubble earlier this year, and now there's Tennis Fan, which arrives with the announcement of her debut album, Look At Us Now Dad, on February 21st 2020. Featuring Empress Of, Tennis Fan is yet another example of how Banoffee is able to peer into the future of pop music and pluck out its highlights, something she's sure to highlight across the album as she teams up with some of the future's brightest names to be: SOPHIE, umru, Cupcakke and Empress Of included.

After years of cutting herself a profile as one of Australian house music's best, KLP is finally delivering an album that's sure to compile her strengths and define her sound into one distinct package. Giver, the album, is out November 1st, and it's teased today with its next taste: the Dena Amy-assisted The Giver. The Giver is an encapsulation of KLP's strengths, with thick bass lines and house grooves uniting underneath a catchy hook that won't quite leave your head, getting us damn excited for the album's greater release and what KLP has in store for us. 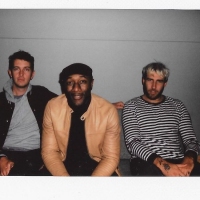 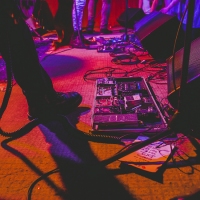 Legends & Live Bands: The Pilerats Guide to WAMFest 2019Every year, the music industry descends on Perth to celebrate the best of WA's music scene. Here's the best bits.
Light & Easy