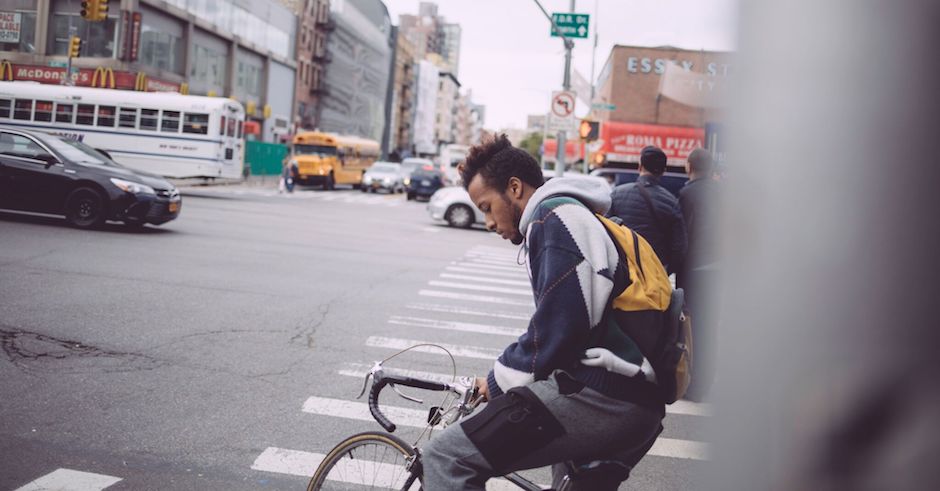 “Ever since I started playing music, it was always about the feel,” says Cautious Clay – the musical alias of Brooklyn's Josh Karpeh. "There are a lot of things in art that you can learn by practising or studying, but feel’s not one of them. It’s something you’ve just got to have." This indescribable 'feel' is essential to Karpeh, and it's something that features heavily through his work – from the early covers of Billie Eilish's folky Ocean Eyes and Toro Y Moi's So Many Details he released after crafting his skills as a songwriter and a multi-instrumentalist at college, right through to Blood Type, his recent debut EP.

Blood Type is a release that forces us to reflect on the power of emotive songwriting and 'feels' in music, particularly in the realm of hip-hop – a genre often unfairly and incorrectly associated with negative connotations and undesirable influence (like, for example, Fox News' provocative comment that hip-hop does "more damage to young African Americans than racism" – which Kendrick Lamar, the subject of the attack, then sampled on his DAMN. record). Using gospel-tinged R&B as a backbone, Blood Type is a masterclass of powerful and engrossing songwriting. It's refreshingly vulnerable and honest, centred around critical self-reflection and story-telling from Karpeh's experiences growing older and what he has to learn in his bright future ahead. "I used to think about songwriting and production as completely separate," the Cleveland native explains in a quote provided with the EP's release. "When I learned how to merge those two things, that’s when I was able to start creating music that really connected with people."

From the washed-out howls of the EP's lead single Joshua Tree and title-track Blood Type to the funk-fuelled slow-burner Cold War, Cautious Clay's Blood Type brings together some of R&B's most spectacular sounds and repurposes them in a way more suited to Karpeh's own songwriting. It's got that Chance The Rapper-esque gospel touch, that Khalid-like laid-back and approachable vocal personality, and that emotive vulnerability you'd find from Sampha; all shaped and moulded into Cautious Clay's own sound which still carries this uniqueness to it despite the influence and inspiration of those above (and others, like Stevie Wonder, James Blake and Quincy Jones).

Australia, it's time to get across Cautious Clay – don't forget the name.

Just to start out and because I think the context is important - what were your early experiences with music? What music were you brought up on – if any – and how did you start making music yourself?

A lot of the music I was drawn to as a kid was always a lot of hip-hop and grunge rock, but I was exposed to a lot of classic soul and jazz from my parents. It really inspired me to play music, starting off initially playing flute and then later I picked up the saxophone to join my high school jazz band.

Blood Type is your debut EP and although it's been a long ride to reach this point, it's a really solid release - something which a lot of musicians have difficulty with on their first major piece of work. Can you tell us a bit about your writing/production processes and what went into the making of Blood Type?

Growing into the person I am and understanding self-worth is what the project was really born out of. My "Blood Type" or my identity is confided in these songs whether it's related to boredom, breakups, or student loans - they all relate back to my outlook on life.

My production process has been very straightforward mixing/producing, recording everything in my room.

The EP is heavily built on these classic, jazz-infused productions which I think is super interesting considering how much of popular hip-hop at the moment is leaning towards more trappy, Metro Boomin-type beats. How much influence do jazz and funk have on your music?

Definitely. I grew up being exposed a lot of jazz/soul as a kid and then began to really pick my favourites/develop my own taste. Overall I feel as though every genre has its good and bad. I have always deemed jazz as a knowledge base for being able to express different musical/artistic ideas a lot easier if you understand it.

Would you agree that R&B and hip-hop - or even popular music as a whole - is moving away from these early sounds? What draws you to sticking with these jazzy sounds instead of taking the more 'commercial route' per-say?

I would probably disagree. The sonic palate has become so much more fluid for artists today. Even if you listen to Charlie Puth or Bruno Mars, you couldn't tell me they weren't influenced by funk/soul and didn't harness that in their bass lines, production, etc. Growing up an instrumental musician has influenced my production and writing style, and some of the biggest pop artists and writers are very much doing the same thing.

One thing that really intrigued me about you is that you say that music is "always about the feel." What is this 'feel' that you're talking about? How do you input this 'feel' into your music?

It's really just having great intuition and enough of a temperament to explain those ideas concisely. There are a lot of great musicians I know who can play circles around me can't think on a macro scale about a song/song structure. A good orator is like a good musician, who can convey feelings and emotions to people without solely relying on music they site read.

A specific way to understand this would be to ask how many of my fans are clapping on 1 and 3 vs. 2 and 4 and I would be willing to bet 99% of them would be doing the latter.

Is touring something that is on the cards for you in 2018? How do you plan on translating Blood Type into a live music setting?

Hell ya. I am going to have a guitarist and drummer with me and ill be going between singing and playing saxophone. I just sold out my first show in NYC, so there will certainly be more dates to come.

Your EP is quite personal, detailing dating fatigue and other personal moments you've experienced throughout your life. What do you want people to take away from Blood Type and the Cautious Clay project as a whole?

I want people to be more genuine and honest with the people they surround themselves with. Whether its friends, co-workers, or people you have to traverse with… intention will always further our identity/Blood Type. 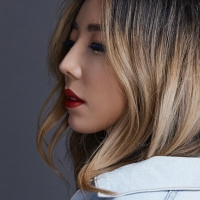 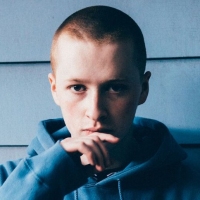 Leigh Carmichael Is One Dark Mofo