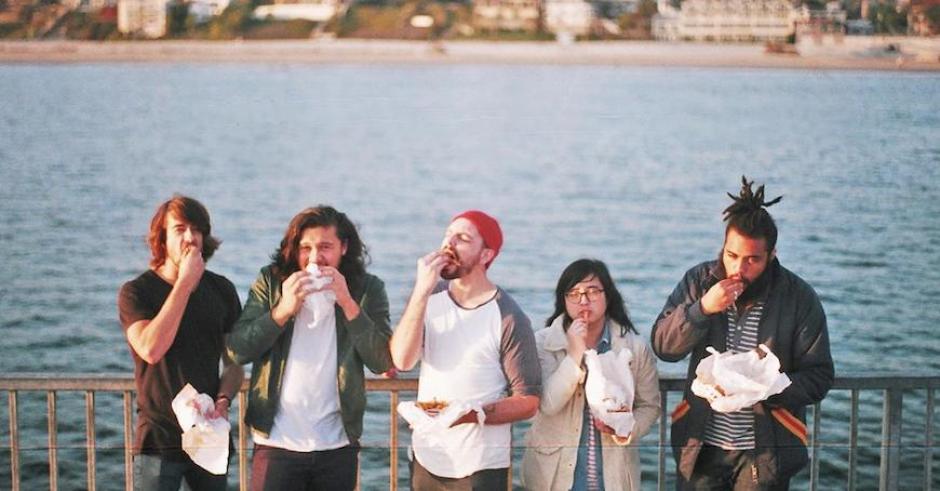 Gang Of Youths don't really do interviews anymore but Pilerats were lucky enough to grab a few moments with the lead singer of the band David Leaupepe to take a look inside the group. They're an interesting anomaly in the music industry having been a band for two years but with only three songs officially released. They've also notched up a record label deal with Sony Music in Australia, but as Leaupepe explains putting out their music is something of a rarity now. The interview also looks at why Gang Of Youths consider gigs so important and how Leaupepe originally wrote the songs for his wife to know that someone cared for her.

Hey man! You've had your debut album, The Positions, coming out for awhile now. When will it be released?

[laughter] Dude, oh my god. Every single fucking time we’re putting the final touches on the record we just veer away from it. And you know why? It’s because I’m at the helm of this whole fucking thing. So it’ll never be done. It’s supposed to come out in March.

So what is the problem? The recording style? More songs?

Dude, I’m just a fucking asshole, hey. There is literally no way around it, I’m an awful person to have around and work with. I’m cantankerous, recalcitrant and a perfectionist. I don’t have any responsive understanding of the people’s feelings to it.

So you’re a perfectionist?

I’m a perfectionist, I’m nuts, I’m insane. There is a distinct mercurial polarity between my moods. Sometimes I’ll wake up and listen to the record and I’m okay with it. Other times I’ll wake up and we’ll have to change it. It’s been a year since we started recording the thing and we’re still trudging away.

Okay and recently you’ve been in Nashville but you’re currently back in Australia, is that correct?

Yeah, a series of things happened back in June so I thought it would be better to spend more months in Australia than in Nashville.

Well I had to travel lots, so I wasn’t there for huge periods of time. I was away for just as much time as I was there but it was alright. I don’t want to be vitriolic about Nashville but I just didn’t really enjoy living there…

It’s a really strange amalgamation of everything that is exciting and drastically terrible about America. There is sort of this senseless hipsterism that pervades the consciousness of every young person in Nashville. Especially within a 40 mile radius of the university which is cool but I kind of felt like this weird person. Because I’m not from a middle-class family and I’m not strictly white Anglo-Saxon protestant. There was a strange element of that, sort of disenfranchisement. Maybe it is also because I’m not into places where you have to drive everywhere. That’s not to say that the people in Tennessee are fucking amazing. I think I just felt alienated in Nashville.

Okay and on the topic of America I wanted to ask you why you chose to cover Bruce Springsteen’s I’m On Fire at your recent run of shows.

Well it’s short, it’s important to my life and I feel like I’m communicating through the ether to somebody. There’s this holy, ancient thing about I’m On Fire.

When you read the lyrics it’s about a man who loves this woman he’ll never be with. And you said it had this holy aspect, how does that comes across to you?

There’s something sacred about it. I was five years old when I first heard that album. And that was the song that stuck with me. It’s one of my favourite songs actually. In terms of what he meant, I never interpreted it as him pining for someone else but me longing after the person I do have because I’m so fucking far away from them. And some part of me feels that I’m sort of redeeming myself when I play that.

Redeeming? What do you mean? That implies you’ve done something wrong.

I haven’t done something wrong but I always feel guilty.

You feel guilty because you’re not doing something right?

Do you feel the guilt is attached to something?

I don’t know. I haven’t done anything wrong I just feel that I have done something…

As in you haven’t done something to the full extent?

No, I feel… It’s weird. I think I’ve lived my whole adult life in perpetual state of punishment. I’ve just come out of rehab. You can print that. I don’t give a fuck anymore; I’m a 101 days sober.

Well congratulations at least for that man.

Thanks man. I don’t know, maybe it’s for that.

I’ve read that you used music as a coping mechanism to deal with the trauma of your personal life. But to go from just writing songs on your own to going on stage seems like quite a big jump.

I wanted to record some songs for my wife. I wanted to give her a sense that somebody cared. She said this one thing to me when we first met and she was like, ‘No one has ever written a song about me. I’ve had friends try but no one has done it.’ So I thought I’d try. And the pain I refer to is to do with her, I married a girl who is very sick. So I started recording these songs on a little Sony Dictaphone. And I had these friends who were really good musicians so I asked them to come to my garage to jam. We paid two friends of mine to record all these songs for us and we paid them in beer and cigarettes. Then we put them on the internet and we started getting emails from record label people. Shit then got played on FBi, we got a gig in some fucking shit warehouse. I never really wanted to be in a band, I'm kind of terrified of becoming a success. But I figured it would be a good way to pay the bills and help my missus. There wasn’t really any ambition, I guess music was my lifeblood. The thing I was always able to do. It’s better than squandering that on a job where I’m not utilizing any of that stuff that I’m good that.

Does it feel strange that something so deeply personal to you becomes commercialised?

Yeah! I was reading a book the other week about the moral limits of markets. I know this completely unrelated… The man who wrote it teaches the justice course at Harvard University. I was reading about ethical neutrality within the free market system. And why maintaining ethical neutrality can be very difficult because there is nothing to stop commodifying things that are ‘bad’ or ‘sacred’ like sex, like drugs or yourself. So when it comes to look at it through that framework I feel a little bit fucking weird. I don’t know if it's ethical to market myself or market it or market my friends. I don’t know if it’s alright for me to be commodifying the situation my missus and I found myself in. I figured, ‘Fuck, if I got it, I’m going to use it.’ Then again, if it is a terrible thing to commodify myself then at least I’m at the helm of what I’m doing. I don’t have a record label telling me what I’m doing. We own our record label, Sony just licenses it.

I didn’t actually know that! Just to clarify that, you guys are your own label and then Sony…

Yeah we license all our music to Sony. Sony owns our label now. There is a big fucking misconception that somehow we’ve signed this big deal and we’re thrown all this money. Whereas, we just signed an Australian/NZ deal with Sony Australia and we’re releasing our own music. Their team is marketing us and A&R is with Sony.

Ah that makes sense. Do you remember where you were before?

Yeah. I still find it strange being commoditised. Especially since I’m not really special or interesting, smart or courageous. I feel… not undeserving but… dull.

Okay. And since the songs have such a strong connection to you do they seem to lose their power as you play them in a live setting on repeat?

Not really. This may seem kind of controversial but I couldn’t give a fuck who really connects with the music. It’s not my job to make someone connect with it. The reason why live performances are so important to us is that there is something democratic, something balanced about the process. There’s nothing elitist for us when we go on stage. This comes back to the fact that we have to play on a raised stage. I prefer to be playing on the ground where the people are. I couldn’t really give a fuck if people don’t connect. But it’s the ones who do, that’s the important thing. I like the egalitarian nature when you play, between the audience and us. It doesn’t steal magic from the songs. It doesn’t really matter because the precept of free will is over-arching.

Fuck yeah. And if I’m doing a terrible job, if I’m being awful then I can’t expect anyone to truly connect with the subject matter. That’s torturing and arrogant of me. It never robs the songs of the magic because part of me is ceremoniously imprinted within the lines of these songs. You can’t take that away when all of you are totally intertwined within the subject matter.

Well that makes sense then man. Something else I wanted to ask was you tweeted the executive director of Medecin Sans Frontiers (MSF) following his AMA. Where does your interest lie with MSF?

MSF are one of the organisations I’ve supported since I was 10-years old. When I was a kid we had a representative from those guys come to my school. I think I had this very finely tuned social conscious. It was the only really finely tuned instinct I had to do altruism, anything to do with the betterment of people. I think, as I was the one always getting in trouble that I had the idea of doing something important for humanity. MSF are one of those organisations that I felt were in the midst of terrible situations and doing something significant. That was always my ambition, I wanted to go out and be like a war correspondent and save children from being trafficked. Or administer medication and educate people in conflict zones. MSF kind of embody that non-partisan approach to humanitarian work. They are always in the worst fucking situations, one of the first NGOs to respond. It just seems more substantial than just playing stuff on stage.

Catch Gang Of Youths live at CoLAB Festival alongside Midnight Juggernauts, Hermitude, The Jungle Giants, The Kite String Tangle and more. Check all the info and grab some tickets HERE. 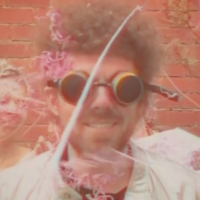 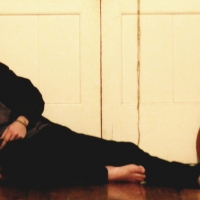