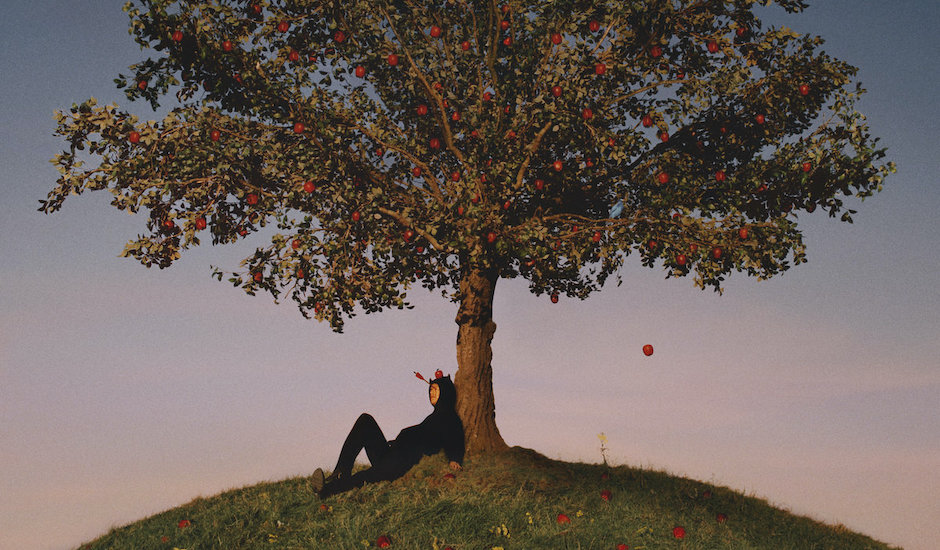 In September 2019, slowthai's debut album Nothing Great About Britain - one of the defining hip-hop records of that year - was nominated for a coveted Mercury Prize, arguably the UK's most esteemed musical honour. The Northampton-raised rapper didn't win (it instead went to fellow hip-hop breakthrough Dave, and his record Psychodrama) and yet, slowthai's name still managed to dominate the headlines to come from that particular ceremony.

The headlines largely came from slowthai's performance of his song Doorman on the night, in which the rapper - real name Tyron Frampton - held up a decapitated modelled head of UK Prime Minister Boris Johnson, while wearing a shirt emblazened with 'Fuck Boris' and shouting "Fuck Boris Johnson! Fuck everything! And there ain’t nothing Great about Britain." It was slowthai holding "a mirror up to the country" he said in a statement that followed, using one of the UK's most sacred and acclaimed stages to make a pointed stab at the man tearing the country apart.

It's the kind of pointed, no-holds-barred action that's become synonymous with slowthai since his international breakthrough back in 2018. It's a style that defines the sharpness of his music as both a lead artist and guest collaborator (in the last two years alone, slowthai has released music with Denzel Curry, Rico Nasty, Disclosure, Kenny Beats and Mura Masa), and the vigority of his live show, something experienced by Australia through the Listen Out Festival series in 2019. Slowthai isn't afraid to say what's important - even if it brings him controversy - and he's going to say it loud enough that you're actually going to pay attention.

Nothing Great About Britain excelled in that - just take the record's apt-named title, for example - as does his today-arriving second album TYRON, albeit in a way that shows how the rapper has continued to grow and evolve himself both musically and personally across the last two years.

Split in two seven-track halves, TYRON brings the duality of slowthai to the forefront, and how he's capable of bringing these two sides together with the same potency and sharpness that's defined his every action over the last few years particularly. The first half - stylised in all-caps and featuring guests A$AP Rocky and Skepta - is vigorous and energetic, capturing slowthai at his most hard-hitting and direct. The second half, meanwhile - all lower case, and featuring acts like James Blake and Denzel Curry - is more subtle and reflective, building upon a more stripped-back and thoughtful side of slowthai that details moments of intimacy with a soundscape to match.

However, as mentioned, the two sides are connected - and slowthai's storytelling is in the centre. TYRON feels a lot more personal and self-examining than Nothing Great About Britain, even in its most speaker-blowing moments. The album-opening 45 SMOKE is a wake-up call for when you're beaten down due to constant mistakes; the Skepta-assisted CANCELLED navigates slowthai's experiences of cancel culture - "How you gonna cancel me?" - while VEX is about "being angry at social media, the fakeness, and how everyone’s trying to be someone they’re not and showing the good parts of their lives," slowthai told Apple Music.

The album's first half may be its most fun and energetic, but there's a echelon of lyricism and storytelling that hides amongst the warping 808s and headline guest collaborators. It's well worth listening close to, after you get over the initial whiplash that comes with the first half's thick-cut production and vigor.

The second half, however, doesn't attempt to charade its meanings. It's far more subtle and stripped-back in production, often seeing slowthai move around twinkling piano melodies and gentle percussion in a way that almost encourages you to listen in - and perhaps break apart - every single world that comes from his mouth. It shouldn't come as a suprise then, to find that TYRON's second half as some of the most meaningful moments of slowthai's career.

i tried, for example, talks about the endless struggle amongst a rich tapestry of nostalgic hip-hop production. terms brings together Dominic Fike and Denzel Curry to highlight the misconceptions of fame and twisting of words, while the album-closing adhd grapples with slowthai's experiences with impulses and control, without the aggression that many expect from slowthai's work: "It’s the clearest depiction of what my voice naturally sounds like, without me pushing it out, or projecting it in any way, or being aggressive. It’s just softly spoken, and then it gets to that anger at the end," he says.

nhs and feel away, two songs nestled together in the middle of TYRON's second-half, is where slowthai reaches his storytelling peak, however. The first comes from the same political climate as his Mercury Prize performance, leading to slowthai emphasising the importance of the UK's National Health Service (NHS), the government department that's constantly amongst the right/left-wing divide, even in moments of upmost importance like the coronavirus situation being battled in the UK as we speak.

feel away, meanwhile, is dedicated to his late brother Michael Johns, who died when he was a child. "Today is the anniversary of my baby brother passing," he wrote on the anniversary of his brother's death last year, and the day before feel away made its arrival. "This is one of the biggest days of the year for me and my family, and with my whole heart I can say I’ve never missed anyone as much as I miss him, I know you’re looking down on us everyday with your smile. I’m doing everything in my power to live for him and also make him proud…"

Regardless of whether you're attracted to slowthai at his most energetic or his most subtle, TYRON is an album that represents slowthai better than anything he's put out before, bringing snapshots into the musical brilliance of the rapper while paving a further introduction to the peaks and valleys of his life. It's rich with the sharpness and passion that's defined slowthai's growth over the last few years - a passion that Mercury Prize performance seems to encapsulate - and it's impossible to not pay attention: slowthai is having his moment.

"This album was created during a difficult time in my life, I am far from perfect but i’ve learnt a lot about myself whilst creating this album and I will continue to grow into a better person for myself and aim to be a reflection of what I want to see in this world," he writes on Instagram. "I hope this album can be the light if you’re in the dark, and to know you’re not alone. It’s okay to be yourself, fuck everything else. Learn, grow, aim to be better than you were yesterday." 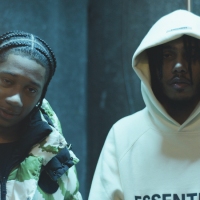 Listen to Bringing It Back, a huge new team-up between Digga D and AJ TraceyAn exciting face of UK rap's next generation comes together with one of its biggest crossover forces, and it's one hell of a time. 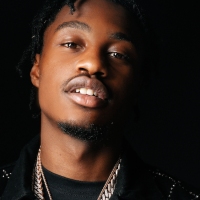 Meet Lil Tjay, the US rapper whose new song with 6LACK - Calling My Phone - is a hitAfter collaborations with The Kid LAROI. and Pop Smoke in 2020, the New York rapper's first song for 2021 is already weaselling its way to the tops of the chart.
Rap / R&B