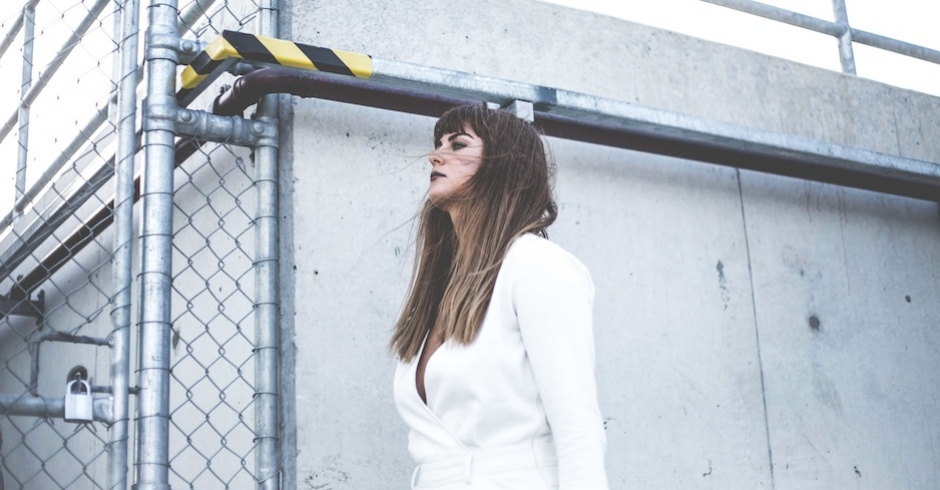 Paris Forscutt AKA Made in Paris has been one of our favourite Australian producers over the past few months, making serious waves around the country's dance scene with her unique brand of melodic tech. Fresh from a massive support tour playing alongside French producer GESAFFELSTEIN, we caught up with the Sydney-based beatmaker to chat about plans for the rest of 2016, the state of techno, and starting her own label. We also copped an exclusive Made in Paris mix from the artist herself to celebrate her joining the Nuffsaid roster this week (joining some serious Aussie producers and DJs - check 'em out HERE), which you can find at the bottom of the page for your listening pleasure.

What made you decide: “Yep, techno is my thing.” Was it a progressive thing or have you always been a fan?

I remember when I was just starting out as a DJ I was always drawn to dark and weird electronic stuff, and then as soon as I started producing, everything I created had an eerie dark, techno-like vibe to it. And I guess now it’s just matured and much more tasteful.

How was supporting GESAFFELSTEIN recently?

BBE definitely know how to throw a party. Was an awesome weekend in Sydney and Melbourne. Great crowd that devoured every track. If you weren’t there you missed out! It was such an amazing opportunity to be on the bill with the Frenchman!

Where do you see techno going? Do you think it’ll ever reach the mainstream or is it just fine where it is?

I think techno has grown a lot over the past couple of years and expanded diversely. Do I think it will reach mainstream - no. But for those in the electronic music scene I think it has become more attractive and “popular”.

This record label of yours that is coming, what brought that idea on to start one up?

This is something I've been excited about doing for a while, and with all the new unique tracks I am creating, timing couldn’t be more perfect to allow myself a channel to really expose what Made In Paris is all about musically.

What culture is your label going to stand for and can you name drop anyone that’ll be on the label?

The label will be focusing on mostly techno, tech-house and melodic releases. It will be a platform for some of my own music as well as other artists creating like-minded music that I really believe in.

Did you study at UNI/TAFE/any other institutes to learn music production? Or are you self taught?

I taught myself all I know. I used YouTube, forums etc. There is endless info on the net and so many people under the radar who know so much and have produced copious amounts of records and are willing to share that.

Who are your favourite techno artists that people may have not heard of?

MUUI and The White SHadow from France.

How is Kyo (your cat) doing?

Right now she’s mad at me because I gave her a shower, haha. But other than that she is the most cutest kitty in the world :)

Favourite gig/venue you’ve played at in the last year?

That would definitely be Rabbits Eat Lettuce Festival just gone over the Easter Weekend. The crowd were amazing and that stage... I was DJing in an eye made out of wood, to people that are genuinely there to dance to music they love and embrace dirty feet. Insane!

When can we expect new music from you?

SO SOON! Next release is set for mid year ;)

What is coming up for you on the calendar?

Lots of shows coming up including Mixmag LAB that i will be playing streamed to the world from Sydney which I cant wait for; it's something that some of the biggest tech artists have played on, in London, LA, New York and now Sydney and I’m lucky enough to join that list and have a party with the rest of the world this month. I'm also supporting Louisahhh on tour in June. All shows are on my WEBSITE.

And finally can you tell us a little about the mix we’re about to get stuck into?

This is a special mix going hand-in-hand with my recent signing with Nuffsaid Agency - that is massive news and a really exciting milestone in my career thus far. They will be booking all AUS, NZ and Asia shows and I'm so stoked to be a part of their roster. So in saying that, have a listen to what you can expect from me in the studio and at my shows! Enjoy! 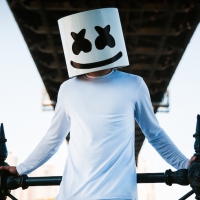 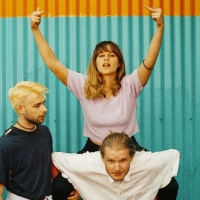