With a glistening falsetto and upbeat, bubbly productions, Danish producer SIBA is an artist you're guaranteed to fall in love with from the get-go. Showcasing his disco-infused electro-pop sound with his debut EP Fruits, SIBA's popularity explosion is imminent, if not already beginning. From the indulgent, electro-pop EP opener Mango, to Cherry, where SIBA demonstrates some insane vocal screwing techniques over a more percussion-heavy rhythm, to the early Hudson Mohawke-esque closer Pomegranate, the Fruits EP is jam-packed with feel-good, unpredictable singles that'll leave you begging for more. You can like SIBA on Facebook HERE.

The Goods - Only One feat. UnKLe H

After pleasing us with the delectable, R&B-influenced debut Strong Man last year, Sydney duo The Goods have returned and this time, they're armed with a new style - bigger and better than ever. Pulsating with swagger, Only One is a mellow R&B tune with a spaced-out, future-funk beat you would expect from Kaytranada, which when combined with the soft, polished vocals from UnKLe H, creates something really quite progressive and unique. The track  accompanies Strong Man on their debut album that's set to drop in April, an album we're low-key begging to hear. Like the duo on Facebook HERE to grab some more deets on the album when it arrives.

Equipped with a mass of ferocious jersey club bangers, Argentinian producer CHLO is an artist already gaining a lot of traction in the underground club scene, particularly in the high-BPM, warehouse raves currently rising in LA's nightlife (Mija with her 'Never B Alone' shows and the Brownies and Lemonade crew are two groups really pushing this along right now - in case you're wondering where to start). After a twinkling opening, Suki Da is three minutes of high-energy, feet-tapping jersey club from the producer, with quick-paced bass stabs and a shimmering synth melody pulsating amongst chimes and vocal chops. I've got to admit, I'm a massive sucker for this type of music, but if you're not as big of a fan maybe check out THIS really rad re-do of Wave Racer's Lido collaboration, World Record, one of many club tools the artist has released on his soundcloud (all free downloads too!). Like him on Facebook HERE.

Despite being only 19, Sydney-based singer-songwriter Aela Kae has a vocal maturity twice her age, a vocal maturity I think is really represented on her newest single Chasing Titles. Her soft, soothing tone dominates the first half the single, which is accompanied by delicate piano chords and subtle percussion to create a really blissful, ambient number. Around the half way mark is when it really starts picks up, with Kae adding a touch of bass and some rad vocaloid samples to end the song a high note. You can like her Facebook HERE, or check out her triple j Unearthed page HERE for some more details on the young singer and free downloads of her singles thus far.

MOZA - On The Line

Just squeezing in 497 likes, MOZA are a dreamy electronic duo from Sydney that you'll be hearing a lot more from in the future - I can assure you that. Their debut single, On The Line, sports a really nice piano-infused beat, with soaring synth and heavy percussion dominating the future-bass-esque drop, which sits in between emotionally-charged vocals that are reminiscent of SAFIA frontman Ben Woolner-Kirkham. In case you're aren't convinced that On The Line and MOZA are about to explode, their triple j Unearthed page teases upcoming collaborations with GRMM, L-FRESH The Lion, Kilter, Stélouse and more. Like 'em on Facebook HERE. 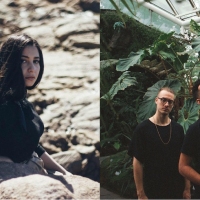 Listen to an enchanting remix of Wafia's Heartburn from JaramiThe Swedish duo update Wafia's captivating vocals with a future-funk tinge. 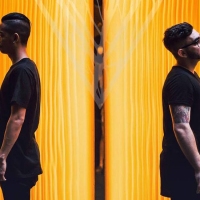 Premiere: MOZA descend into ravey madness in the clip for On The LineThe Sydney live duo are tipped for big things in 2016.
Electronic