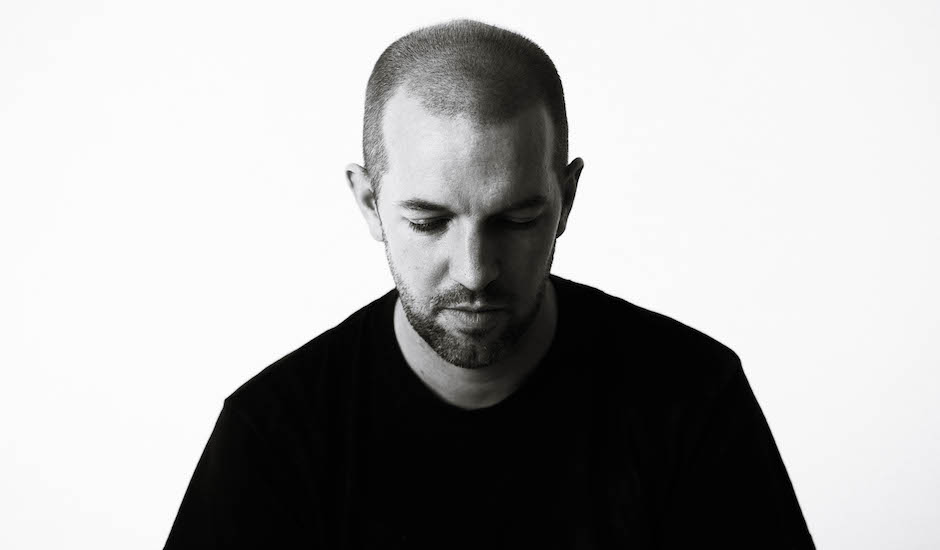 One of Australia's most innovative and celebrated guitarists, Tom Lyngcoln has been around the Australian music scene since the '90s, be it solo or with bands like The Nation Blue and Harmony. This week sees the culmination of an almost two-decades-long journey making his debut solo album, Doming Home, and we're excited to share it with you today for a couple of reasons. Firstly - it's fucking great. A very special collection of 11 tracks that are just Lyngcoln and a guitar, musing on well...sharks, a lot. But it's the introspective examination of one man's psyche makes for an absolute engrossing listen.

Secondly, we were very honoured to receive this fascinating track by track for the album, in which Lyngcoln regales stories of jumping sharks, ominous dreams and putting nails through his thumbs. So if you're in the mood for something a little different, utterly absorbing and at times a little challenging, please enjoy Lyngcoln's new album and track by track below, and catch him live when he launches the album with a few shows up and down the east coast this month and next (dates down the bottom).

The first song on Doming Home starts with me walking into the room singing. The first three deleted takes of this included various stages of my grandmother giving me shit because she loves trouble. Throughout the album you can hear doors slamming, hushed hostilities and even the occasional dog race from the next room. She pretends to be deaf. These are the disadvantages of recording in a family dome. The song itself is about being swept out to sea and watching the lights in the houses on shore get smaller and go out as people go to bed.

The majority of songs on Doming Home start from the foundation of shark dreams. Primal fear and the unknown terror beyond the limitations of sight. I love swimming in the ocean and diving with sharks. After cage dives particularly, you experience intense dreams brought on by the adrenaline overdose of slotting into the food chain and becoming prey. The disruption to your equilibrium from constant movement throughout the day carries over into your sleep and your body still moves as you dream of floating in a murky green mist while huge shapes float slowly past you. I can’t process synthetic drugs and have never had a particularly great time on them due to possessing an already lop-sided and irrational brain, so shark dreams are my trip.

The Lateral Line is a sense system in fish that detects movement and vibration in the water. It is also highly attuned to particular frequencies consistent with distress or panic. Some of which can be experienced right at the end of this song where I hit two complete debacles of notes to end it.

I build wine cellars and on Christmas Eve four years ago I was firing the final nail into the racks of a three month build and installation when the gun slipped and pushed a 30mm nail through my thumb. I tried to pull it out but the glue on the nail and the head made me feel like I was holding a lever to my own consciousness. I drove myself to hospital and waited six hours to see a plastic surgeon. Word got out and nurses were coming off other wards to come and have a look at me and have a Christmas laugh. Christmas Eve in hospital seemed like it was mostly overdoses, so I was happy to provide a carny sideshow to their miserable royal melbourne show.

Six months later I shot another nail through my other thumb out of desire for symmetry. But this song is about sharks.

In the water off Cape Town we cruised out to shark alley where great whites breach out of water in pursuit of seals. The crew mentioned how they were pulling the rubber decoys in to lure the sharks the previous day and a huge female breached right beside the boat because they didn’t pull the decoy in out of the water fast enough. It just grazed the side of the boat as it crashed back into the sea. But had it come at the decoy on a different angle it might have landed in and potentially sunk everything. Our boat wasn’t big but as we circled in the waves we saw a tiny inflatable dinghy with a family of four (mum, dad and two kids) cruising through the alley, 2/3’s the size of most of the animals flying out of the water around them. South Africans are either immortally tough or criminally stupid.

This salty number is about having a cry on the beach. A cry in the sea and then a cry in the car on the way home. Let it out.

I have been playing solo shows for years after a friend Heinz Riegler requested I join him for one in the cool room of a cafe in Brisbane. I didn’t want to do it and still kind of don’t but here we are... Because none of my other bands are suitable for solo performance I just started winging it every show, improvising instrumentals and stretching time. Parts of this song kept cropping up regularly enough that it morphed into a fully undercooked interlude.

This song is about loss and how a house feels after someone is gone.

Here is another catalogue of oddities from deep within the darkest holes of a shark dream. I had a dream one time about a shark that had a bunch of leg ropes trailing from its mouth, instead of all those little fish that hang on their undersides. That’s where the expression “A rasta of leg ropes, remoras and rays, an urchin on bath salts eating its own face” comes from. Charming.

This song is another instrumental born of many Tuesday nights in the front bars of pubs hammering the reflexes of pre-season alcoholics. It’s about finding the right notes that unlock the tears.

For the most part this record is just a singular guitar and a singular voice bouncing around the room of a 1960s brick home on the Mornington Peninsula in Victoria. There’s occasional overdubs to hammer home a point but it’s mostly just a rotten marriage of voice and guitar. My favourite overdub is the single take improvised solo at the end of this song. I recorded all of this record in my lunch breaks and time is limited so there’s a lot of first takes and improvisation. I had been painting this day and the fumes really soaked to the back of my skull because this solo almost sounds like its been reversed. Probably one of my finer moments and a definitive way to end a record. 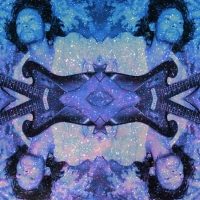 Exclusive: Moonlover takes you for a cosmic journey into his debut LP, Thou Shall Be FreeThe former Little Red member branches out for some psychedelic situations.
Bands