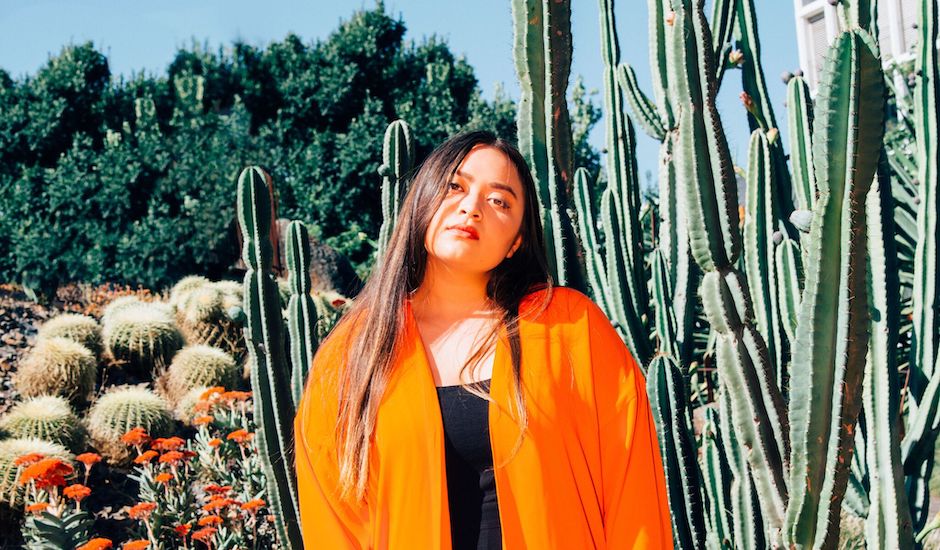 If you're yet to be acquainted, Chitra is an emerging Melbourne-based musician who with two singles under her belt thus far - last year's debut Better Than Before and its long-awaited follow-up A Kind at the start of this month - is quickly making her name known as something special. Despite only having these two tracks for reference, it's clear that Chitra is a buzzing master of emotive storytelling and the empowerment that comes with it; her subtle combination of sounds rooted in thick emotion and a sense of uplifting which really sits well in the current climate.

A Kind, for example, is something remarkably special. Above a dizzying combination of jangly guitar and a thick, percussive pace that gives the single a bit of oomph, Chitra sings on turning frustration into self-empowerment, seeking what's next - what's better - in a time when that feels more easier said than done. "A Kind is a song of frustration whilst being a little bit sarcastic about it," she says on the single. "To me, it’s a song about standing up for yourself and realizing your self-worth, it’s almost cathartic to be putting it out."

It's the perfect introductory point to a musician whose lyricism shines just as bright as her ricocheting drum lines and guitar rhythms. "Was I a mirror for your ego, a stepping-stone, to hold you up / And did you take all that you needed and leave behind, what you don’t want," she sings, for example, before the track takes a shift into something empowering. "Cause the way you walk around, you don’t hold your head down as much as you say you do / Maybe I was blind but you’re not one of a kind as much as you’d like to be."

Today, however, we're premiering its official video clip, directed by Nick McKinlay (Julia Jacklin, Stella Donnelly). With disco balls and bold, red colours, it's not exactly the video you'd suspect when approaching a song with a theme like this, but Chitra makes it work, explaining that the clip displays the strength that shines through the single while touching on its vulnerability as well. "The video, made with wonderful Nick McKinlay, is very aesthetically driven as we play around with inanimate objects and focus on tones and colour," she says. "I wanted to display a feeling of strength as well as moments of vulnerability in this clip."

Dive into the clip below, and better introduce yourself to Chitra while you're at it:

My name is Chitra, I'm 22, I like making music and napping. Originally from the Bellarine Peninsula and am now based in Melbourne. When I'm not singing about my feelings I'm giving people coffee and listening to teachers talk.

A lot of what I look at naturally for me is relationships, whether that being romantic or not. I’m interested in the social interaction between people and even places and objects. There are many genres I like to include when thinking of my music but love when people listen and have their own opinions on what they hear and resonate with.

Usually, I'll be in a space I feel comfortable and sit with a guitar and see what comes out but sometimes it doesn’t come that naturally. I like to mix it up now and then to get out of the routine, whether it means starting on a different instrument, writing in a key I'm not used to or writing about something bizarre and unrelated.

Can you tell us about your new single, A Kind?

A Kind is a song I wrote with my talented friend Merpire. To me, it’s a song about finding strength and power in being vulnerable as well as going through a frustrating time of that vulnerability being taken for granted a little bit. At first, the song was more of a dramatic rant about how hurt I was but shaped up to mean more to me which is always nice.

At the minute I have a show on the 12th Of November at Old Bar for an exhibition launch full of talented friends and then the big ol’ single launch on the 29th of November at the Gaso upstairs which I'm very excited for! Until then the band and I are locking ourselves in the rehearsal room.

I’ll be releasing a bigger body of work next year which I can’t wait to get out and then we head to Port Fairy Folk Festival in March to have a sing.

On all the things! Spotify, Bandcamp etc. But mostly at a show as I only have a couple of songs up at the minute. 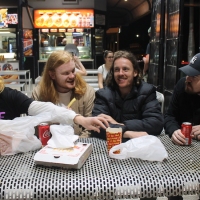 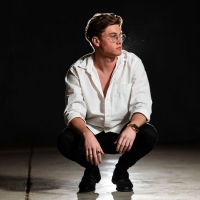 Introducing Mason Watts, who stuns with a live take of his debut single, RecoveryThe 20-year-old rising star from Queensland's south-east steps up with a potential-filled introduction.
Bands