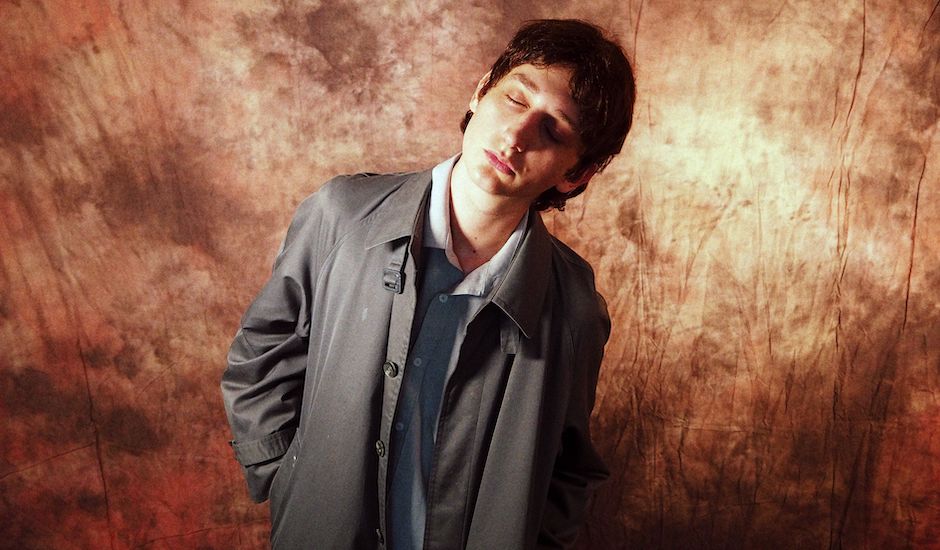 One thing we've covered quite a bit over the last year is the close-knit qualities of particularly the Perth music world, and how the live music community strives on collaboration - both in the sense of artists collaborating together for songs, albums, tours and so on, but also in the sense of members spreading their wings across multiple projects, placing their Midas touch on a bunch of projects and their respective sounds in the process. This isn't something centralised on Perth, however - although you may assume our isolation and distance from other major musical centres encourages it - and Brisbane's Joe Agius is someone that knows all about that.

Over the last few years, Joe Agius has blossomed into a central member of Brisbane's live music world, whether it's as a part of The Creasers or Hatchie - the latter being someone who has strived into something incredibly special over the last few years, with Agius working alongside her as a producer, co-writer and band member - or under his own projects; RINSE launching last week as a new, solo creative outlet that sees Joe Agius step into the spotlight on his own accord.

With its debut single Tell Me Tell Me Tell Me, RINSE is a project laden with the promise and potential of thrusting Agius forward into the critical limelight, placing an emphasis on the remarkability he brings to all his projects but this time, completely alone and centralised. Layering a driving percussion section with pacing, post-punk-esque guitars, RINSE is able to whip up a stirring, indie-aligned storm with Tell Me Tell Me Tell Me, uniting these up-beat melodies and rhythms with a contrastingly soft vocal that sweeps over the instrumental like a cloudy haze, giving the track that dreamy, longing quality somewhat synonymous to the post-punk/shoegaze-pop world.

Talking to The Fader, he says that the single reflects on a bit of a disjointed time in his life, saying: "The song talks about a time in my life when I was wrapped up in a lifestyle that wasn't doing great things for my mental health and I lived in a place that only really encouraged that behaviour. While I still have many things to figure out, I realized leaving this period of my life that a lot of what I was doing to make myself feel better was really making myself feel a lot worse."

The track also arrives with a video clip that emphasises that aforementioned close-knit community with Brisbane's live music world, enlisting good friends and collaborators - Hatchie’s ​Harriette Pilbeam on keys and ​Ritchie Daniell on drums, Babaganouj’s ​Charles Sale and The Creases’ ​Aimon Clark on guitar, and Morning Harvey’s ​Steve Kempnich​ on bass - for the clip that brings Tell Me Tell Me Tell Me to life on a visual scale, directed by Nick Maguire. "I wanted the video for Tell Me Tell Me Tell Me to be a simple performance video as there was a lot of energy within the song I felt best conveyed live with a band with no bells and whistles," Aguis continues.

With the launch of RINSE and its great, shimmering debut single, it looks like there's a lot to be excited about when it comes to the project, so introduce yourself to the man behind it while you take a dive into the video clip below:

My name is Joe, I live in Brisbane and RINSE is a solo project of mine.

What’s the vibe of the music?

A lot of the music I’ve been recording in RINSE I guess sits in a post-punk / dream-pop / shoegaze realm. Every song is quite different though.

Most songs start on a piano or acoustic and it usually takes me a long time to completely finish a song on my own. I have a bad habit of writing a verse and chorus and being stoked and stopping for the day and then taking another 6 months to finish it because I’d lost that headspace I originally wrote it in.
When the songs are finished I try to record as much as possible at home then take the session to the studio to replace drums and guitars and anything else that needs to be done.

Tell Me Tell Me Tell Me started quite a few years ago around that opening riff which I used to just always play while I was waiting around at rehearsals in my old band The Creases. I eventually wrote the verses and chorus around it and sat on it for a long time. I booked some studio time December last year.

I’ll be releasing more music soon, making some videos and trying to finish recording everything else I’ve been sitting on. 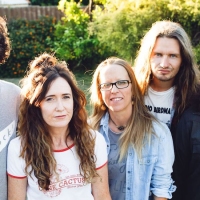 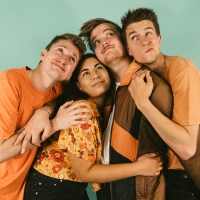