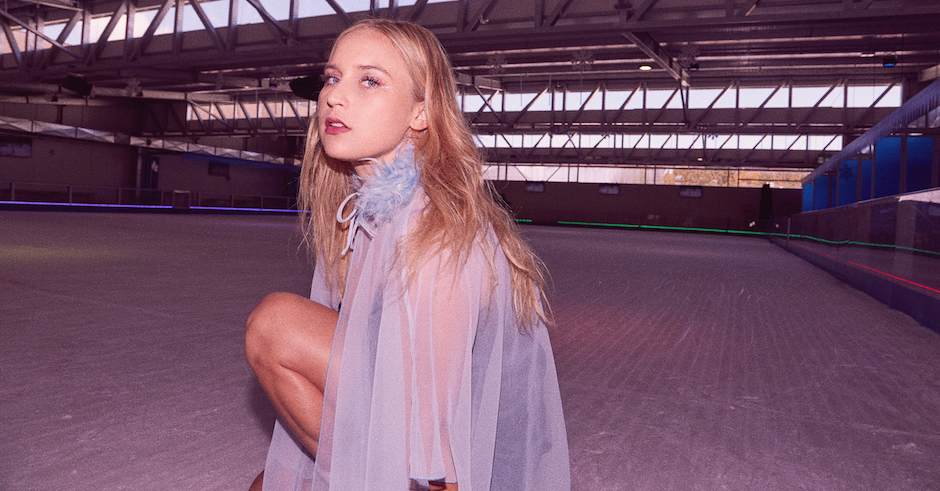 Whatever the secret is to writing an incredible debut album, Jack River has cracked it. Sugar Mountain, the long-awaited debut from the Sydney-based artist, is a bright and joyous release marked by darkness, combining touching lyrics entwined with personal stories with pop-centric indie; stringing guitar and light percussion often meeting blazing pop hooks on the same single. Named after Neil Young’s bittersweet ode to youth and the loss of innocence, Sugar Mountain is an album dedicated to and centred around her late sister, with Jack River - real name Holly Rankin - using the 13-track release as a cathartic outpour of emotion in a time of mourning and personal loss. "Writing and producing what is now Sugar Mountain was my self-created tool to pour every fragment of my inner destruction into some kind of creation," she says on the album.

"When I stopped to look at what I was doing and what I was chasing, I realised that every single song on this album is about something I didn't have, lovers I never touched, and the production was the vision and sound of an alternate youth, one (naturally) from the movies, from the dream," she continues. "Coupled with this vision of youth, this album was made over so many years and setbacks that the drums got louder, the guitars got thicker, the synths got clearer, and my vocals found the strength they never had when I started. It’s my self-written bible of crawling toward the light amidst one of the darkest times a family could ever endure."

The result, out now through I OH YOU, is an incredibly touching record that cements itself as one of the strongest debut albums from not just Australia, but internationally too. It's gripping and emotional in a multitude of different ways, with Rankin's sombre lyricism shining through on the album-opening, stripped-back ballad Her Smile and the closing In Infinity, while feature singles such as Fool's Gold and Ballroom shine with Rankin's uplifting confidence and talent. Overall, Sugar Mountain is glittery yet gritty; bright yet dark; light yet heavy; not just showcasing Rankin's remarkable skills as a multi-faceted songwriter and musical storyteller that we all knew she was capable of, but smashing them into a whole other dimension. Simply put, the album is spectacular, and to accompany its release, we have Jack River herself walking us through the album's deeper workings and meaning and takes us through the album one track at a time. Dive into it all below, and check her out on her album tour this September - dates at the end of this article.

This song begins as a demo I wrote many years ago in the darkest of spaces. As people probably know now, this album is as much mountain as it is sugar, I wrote it in the years after my sister passed away. This song is for her, a quaint conversation that turns into a kind of Disney dream. I got to add the more mature part of the song 5 years later, like my older self was letting my younger self know it’s all ok. ‘You’re going somewhere I can’t go, somewhere closer, baby I know’ is the best way, right now, that I can describe the feeling of losing someone so so close to you - you cannot follow them, but you can be closer than ever to their spirit if you reach out.

Ballroom is a song I wrote over many years too, it began with the bones of the song - the verses and the chorus. I kept seeing someone I liked in rooms full of people, so much noise and banter and stuff I didn’t care about. Life at the time felt like that too, so I wrote this song to push through all the bullshit. It is also an ode to all the people who said (in their own way), that I would never get to this point (the point of release, and achieving a vision). They are the ‘creatures in the night’. This song is like shedding all the layers of doubt before battle and letting everyone know that nobody is going to stop you getting what you want/need. Kinda hectic but all true.

This was the last song to be written on the album. I wrote the chorus one night when I felt this huge and immediate realisation that I did in fact need somebody/others/love. Until this moment I had honestly felt like I was always going to have to face the world alone, and be strong in myself and by myself. This album is a lot about being strong on your own so for a second I doubted adding it - but now it feels like a beautiful way to finish the Sugar Mountain journey (in a songwriting sense).

Limo Song was also late to the game. I was writing one day with Xavier Dunn and Edwin White - two of my greatest oldest musical friends. Ed mentioned the lyric ‘you held that pose like a picture’ and we were playing around with some very sentimental OC like tones, and the song just very quickly spewed out of the universe. I saw this scene where I was stuck between the past and present - and like it could go either way. We were VERY inspired by The OC, rainbow paddle pops and old country and western feels in the making of this song.

This song is so special to me and spearheads a moment where I realised I could produce the songs of my dreams. This song came about when I was walking around New York stressing over somebody who just didn’t like me/connect with me. He didn’t like rollercoasters, and I started to realise he wasn’t for me, and maybe he was just fool’s gold. The idea quickly spread to so many things in my life I was chasing after, and I quickly wrote this anthemic ode to this whole lesson I had just stumbled across. I realised I cannot change, and don’t want to change for others who are not on the same level or appreciate me for who I am/was… I started to feel this Teenage Dirtbag, gritty, sparkly, synthy, guitary thing, took it home to Xavier’s room, and we made it.

My little brother Reuben is an incredible pianist. He has played throughout my household since we were really young. I wanted to give this record a household, a place, a mansion of rooms. These quaint recordings hopefully give some beauty, rest and fragility to the journey.

Wrote this song for a friend, we were having the best time, then I fucked up and did something (don’t worry it wasn’t massive) but I felt so bad and this song became the apology. It was the early realisation of the sound I would go on to try and nail in Fool's Gold and Fault Line. An attempt at big, messy, fragile pop.

This song is very old. I wrote it all on the spot at Lisa Mitchell’s piano in her house in Melbourne. I was signing my first management deal and woke up heady and dreamy with this feeling that the whole thing might just be too hard. I was thinking… was I meant to go on this journey? What do all these visions mean, am I going there, is it coming to me? Or is it all just a dumb dream? Looking back, its special to have it on the record as personally it signifies the beginning of the trip, that ultimately took me to here, the night before my album release.

Another Reuben Rankin special. His words really made me think of the songwriting process and how fragile and honest it has to be if you want to be true to yourself, your heart and your brain. Also - anyone want to get him a classical deal? Keen.

Fault Line is another song I wrote with Xavier. Lyrically, and songwriting wise, it was the first teen dream of the record. It is funny that it turned out this way as we wrote it whilst a huge party was happening in my house, just outside my door. I hated this song in the beginning, it felt fake to write such simple lyrics - but over time I realised how damn powerful it is when something is said simply.

One of my favourite songs I have ever written, this song was written about a very strange recurring dream I had. I can’t go into it, but basically it taught me that just because nobody else can’t see your dreams/visions/beliefs, it does not mean they aren’t real. In fact, it’s kind of cooler to only believe in it yourself. The song started off as a kind of wedding feels slow piano tune, but morphed over time into this loud and powerful song - I also got to add the outro ‘I’m still dreaming of you’, cause I still am, and this song will always continue to give me strength and trust in myself. ALSO - inspired by some Comfortably Numb - Pink Floyd lyrics, if you listen you will hear it.

This song is my production and lyrical baby forever. Started writing it perhaps 7 years ago, and added to it across all those years until I felt like it had reached the vision I had all those years ago. This is a love song for the planet, and a song about resilience and hope. My favourite lyric on the album is probably this one: ‘Climb the mountain / Run inside / You were born to ask it why / ‘Cause they will tell a million lies / they might conquer you’. Strangely it narrates the journey of creating this album/climbing sugar mountain.

This is the most honest track on the album, I wrote it almost all at once, when someone said I should get a real job. The song trails feelings of very deep dark depression and the idea that when you lose all of your desire - you lose all of your fear. In this song I felt so damn detached from the world that I felt fiercely fearless. Like there was nothing to lose. I was in infinity, it was lonely as fuck, but still - I wouldn’t have it any other way, and always promised myself to never leave it all in a dream. 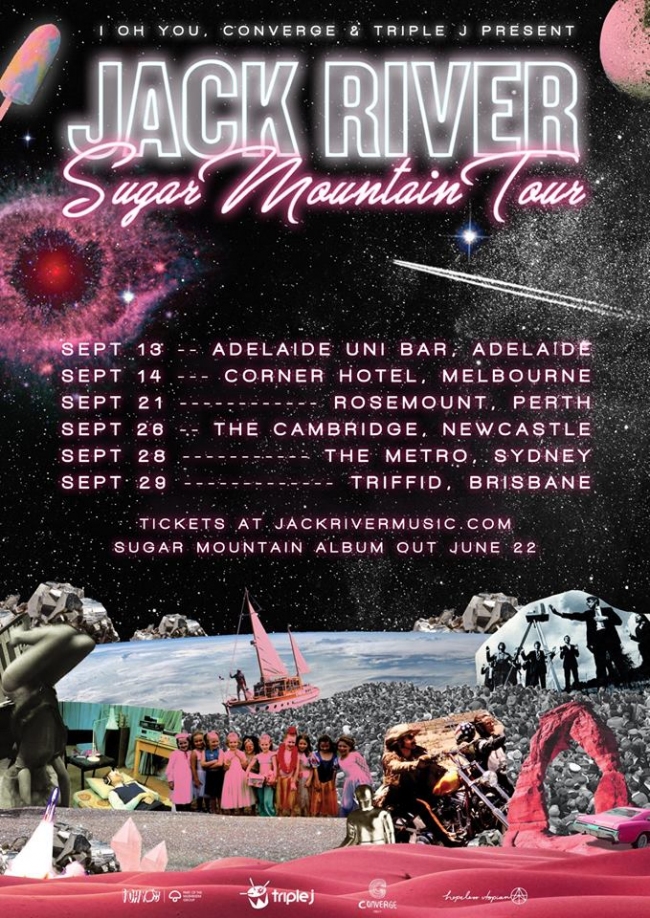 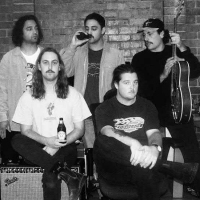 Meet Auntie Leo & The Backstabbers, who just dropped a wild new EP, WetbrainThe Melbourne-based five-piece launch it with a big show at Cherry Bar next month. 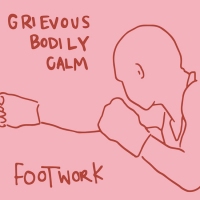 Premiere: Listen to Footwork, the funk-fuelled new tune from Grievous Bodily CalmThe Perth outfit have been hard at work on their debut studio album, Repel.
Bands