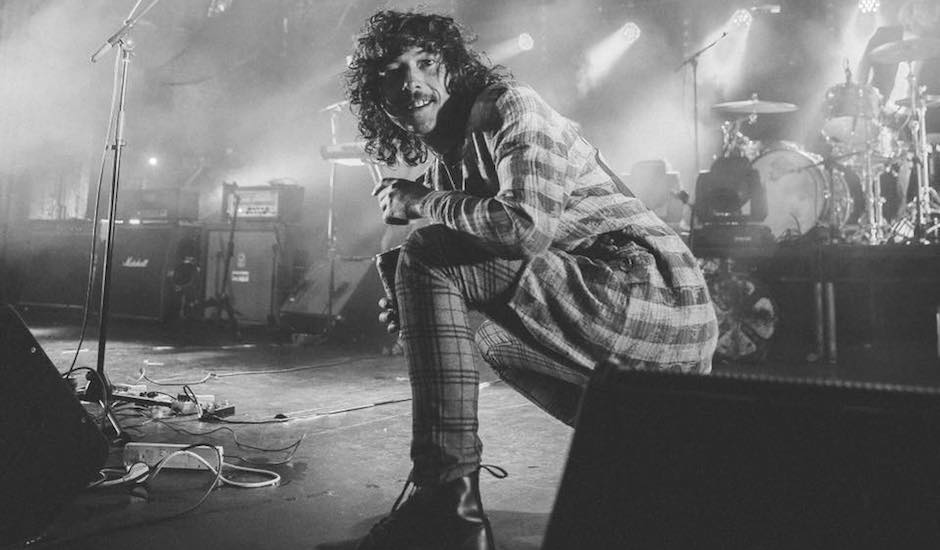 We caught the boys in prime form amidst their three-date run of the Enmore theatre.

With a fiery new single under their belt, Outcast At Last, Sticky Fingers have set out on a massive tour of Australia. Our Sydney man caught them during their three-date run of the Enmore Theatre and the word is they haven't changed a bit.

Now sure Crabs has been walking out on-stage in stubbies, boots and not much else for a long old time now but on Friday 15 April 2016 it struck how much he reminded me of Iggy Pop. Indeed, both perform topless and are well-known for it, the only difference being Crabs looks like a hairy raisin to the deflated balloon Pop is now. 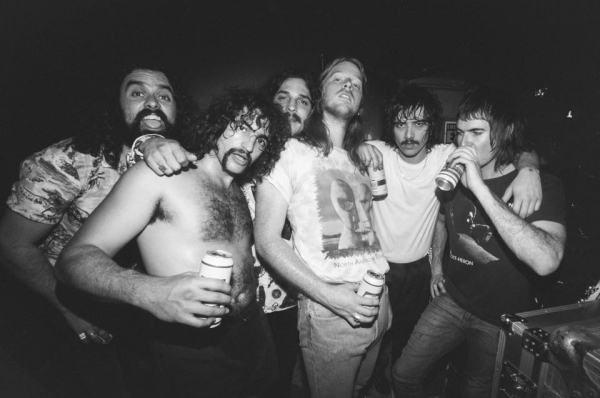 Sticky Fingers have to be seen live

Last time I saw Sticky Fingers it was at Splendour in The Grass 2014 when they were gearing up for the release of Land Of Pleasure. By then I'd seen them three times in one year and felt I'd had my fill of Sti-Fi. Oh how ignorant youthful me was. Listening to their albums in the lead-up I was reasonably excited but there was nothing I was dying to see. But come Just For You and just about every other anthemic song they have it hit me how good they are live. Sure the vocals were off from time to time, and guitars went out of tune occasinonally but when you get into the moment you realise the boys really do have a knack for live shows.

The level of fandom is intense

Sticky Fingers fans are a crazy bunch and at every moment they had to stamp, scream and make any noise - they did. And this was doubly emphasised in the Enmore Theatre which at times seemed like it was going to collapse under the weight of everyone. Compound this again when you're standing on the balcony and can actually feel yourself moving up and down because of the crowd despite standing still.

The warm up DJ was almost as good as Sticky Fingers

Playing everything from Justin Bieber to trap music, the warm up DJ was probably the bane of every rock critic. Indeed, he was like a cruel mash-up of the stereotypical EDM DJ; wildly dancing around, barely pressing anything, headphones off, muting the song during the chorus for the audience singing along... The only thing missing was an unnecessary amount of air horns and Wonderwall. Wait no that happened, yes Sticky Fingers walked on stage with it playing. The entire performance was a brilliant satire bordering on reality and making me wonder the whole time, "Is this real?"

Walking on stage onto Wonderwall takes a certain level of courage, you've got to brave enough to play it but you've also got to come across as vaguely cool when playing a song every single 20 something long-haired guy strums when he brings out his acoustic guitar. Sticky Fingers pulled it off effortlessly, much like everything they did that night because there was no impression they were pretending to be some cool, new, rock star band. They are just a bunch of guys from the inner-west who enjoyed fucking around and playing some good tunes while they're at it. 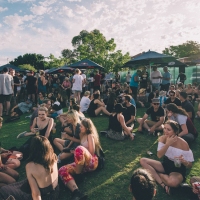 5 Essentials to bring to a block party with Nick Lupi (One Day Sundays)Australia's block party kings are the ones to know. 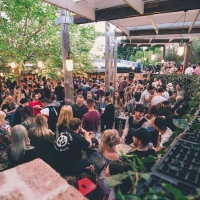 The 5 types of party-goers you find at One Day SundaysFrom the keen beans to the kick-on crew, these are your friends.
Light & Easy

We guarantee you Sticky Fingers' 2013 was more batshit insane than yours.