To make the space dream come true, the popular adult site is using the IndieGogo fundraising site to crowdfund $3.4 million. A tiered reward system will reward those who contribute to the campaign, with the more generous investors able to direct entire scenes, including the positions and script. So far the project has raised $12,800 in 24 hours. As the word spreads, who knows how high that number might rise. Check out the campaign and donate towards the cause here.

As far as we know, no humans have ever done the no-pants-dance in space. Here are some little facts about space sex and why it hasn't happened yet:

1. In 1992, dirty imaginations were sent into hyperdrive when it was claimed that Jan Davis and Mark Lee, two astronauts who went into orbit together, had secretly married nine months before their mission. However, no evidence exists to suggest that they did the zero-g deed.

2. Paul Root Wolpe, a senior bioethicist at NASA, claims the logistical difficulty of body-to-body in microgravity has put most astronauts off the idea of space sex in the first place.

3. The release of body fluids could cause some big problems for astronauts in microgravity.

4. Gravity helps our blood flow to the lower parts of our body, so when you’re in space, blood rises to your head and chest. This means that getting hard, could be really hard…

5. Male testosterone levels have been seen to fall during their time in space, although NASA can’t explain why this occurs. 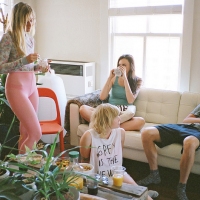 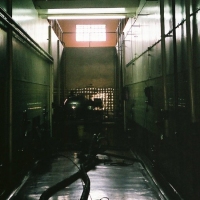