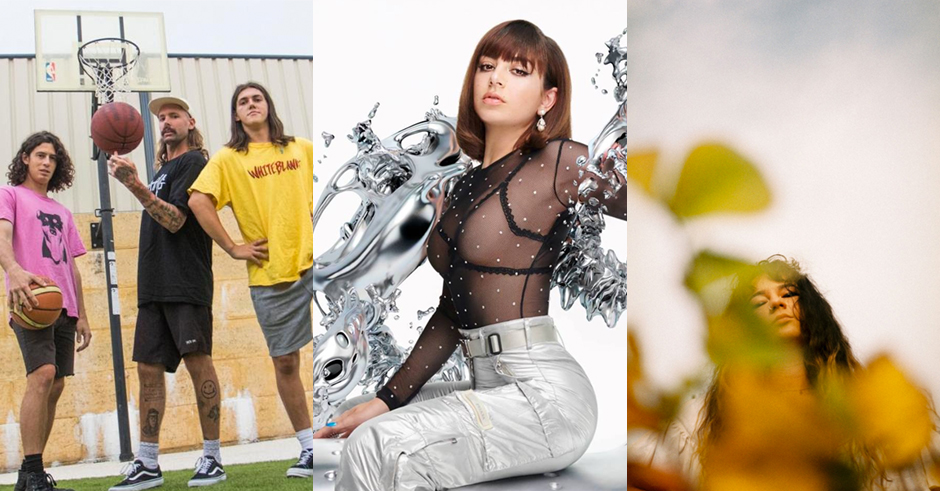 Every week, we're hammered with tonnes of new music from Australia and afar, so much so that at times, it feels a little overwhelming and you're not quite sure where to begin. Every week, we plan to run down this week's must-listen singles and releases, this week featuring names like Good Doogs, Paces, Charli XCX and more. Check out Pilerats' homepage for more brilliant music and news, or subscribe to our Spotify Office Playlist for easy listening.

Mandurah surf-rock Good Doogs are quickly escaping their WA home-base to become national champions, particularly breaking out with their latest single Nothing To Do. So Dumb is their newest track and arrives ahead of an Australian tour supporting fellow WA break-outs Tired Lion, with the three-piece returning to their guitar-soaked, summery sound with an anthem dedicated to bad decisions and dumb moments. "[So Dumb is about] making bad decisions without thinking them through or without realising how they’re going to affect other people, and the consequences that come with making those dumb decisions," the group said on the single. Following suit from acts like Hockey Dad, Good Doogs' light-hearted sound has already made some serious waves in WA and after knocking it out the park and jumping on a lot of people's radars with Nothing To Do, So Dumb is the perfect follow-up and will no doubt continue their dream run thus far. Check out the full Tired Lion tour deets HERE.

Amongst a plethora of big-name Australian (and international albums) out today, it's important that you don't skip over Mallrat's In The Sky EP. While singles such as the Hottest 100-charting Better and the Allday-featuring UFO showcasing Mallrat's infectious and bubbly pop side of things, Groceries is a track more reflective of the EP's indie-folk side, uniting Mallrat's characteristically light-hearted vocal with this strumming guitar melody that shines amongst her vocals. The whole EP is definitely worth a listen too, with In The Sky further showcasing the versatility in Mallrat's music which floats between hip-hop, pop, dance and indie. She's also touring the country this month with Eilish Gilligan and Ninajirachi before hitting up Splendour in July - full deets and tickets HERE.

Charli XCX - 5 In The Morning

Charli XCX is currently in an internal battle between her two musical sides. Her Number 1 Angel and Pop 2 mixtapes have teetered on the edge of experimental dance-pop, combining metallic, crunching productions by PC Music crew and SOPHIE with her own vocals and leagues of special guests - Tove Lo, MØ, Carly Rae Jepsen and CupcakKe among them. At the same time, the singles from her upcoming, much-delayed third album are more pop-centric and accessible, whether it's the euphoric peaks of After The Afterparty or the dazzling, Mario-sampling anthem Boys. 5 In The Morning is a song on the latter side of things but in kind-of a different way than the material we've heard thus far, with Charli electing a more hip-hop-focused sound with thick bass and crisp percussion over her typically quite bubbly sound. The track is still great though, and although we've been waiting quite a while for her third major album, it sounds better and better with every release.

Speaking of hip-hop-focused curve-balls, here's Paces' new one. Currently on the road to album number two, Call The 5-0 is Paces' new one and it's a single that unites his typically chirpy and tropical-leaning sound with a bit of a hip-hop flow, with Australian rapper-of-the-moment Midas. Gold and Tigerilla soaring through a production produced by Paces and Health Club. "I initially just wrote the drop but I wanted to do something different and have a housey flavour for the verses. I brought my best bud Health Club on board (who writes the most amazing housey drums) to unlock some of that goodness," says Paces on the collab. "I met up with Midas.Gold in Brisbane and spent a day cutting his verses. He killed it and left me with the problem of finding a good hook for the chorus. I’d just returned from DJing in Tigerilla’s bar in Adelaide, so he was fresh in my mind. I’m a huge fan of Tigerilla's recent tracks and he’s such a great guy, I was keen to offer the track to him but wow I was not prepared for that hook that he sent back. I was listening to the demo through my tiny phone speaker, singing along in my studio." Paces' second album ZAG is out August 24, catch him supporting Hot Dub Time Machine this June/July.

The Internet - Come Over

After returning the other week with Burbank Funk, their first original work in years, it would seem that The Internet are on their way to album #2. Now, we have proof, with their long-awaited new album Hive Mind arriving July 20. Come Over is the album's second taste and it's another delectably smooth R&B cut from the all-star group, combining this really nostalgic, 90s R&B bassline with Syd's vocals and these chill melodies that float around the single's bassy backbone. Dripping with their characteristic, soulful R&B, Come Over sets The Internet on the course for an incredible album number two, which is bound to be one of the best to come out of the genre this year. 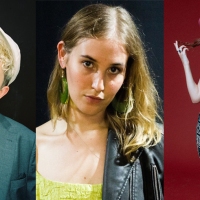 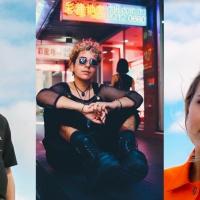