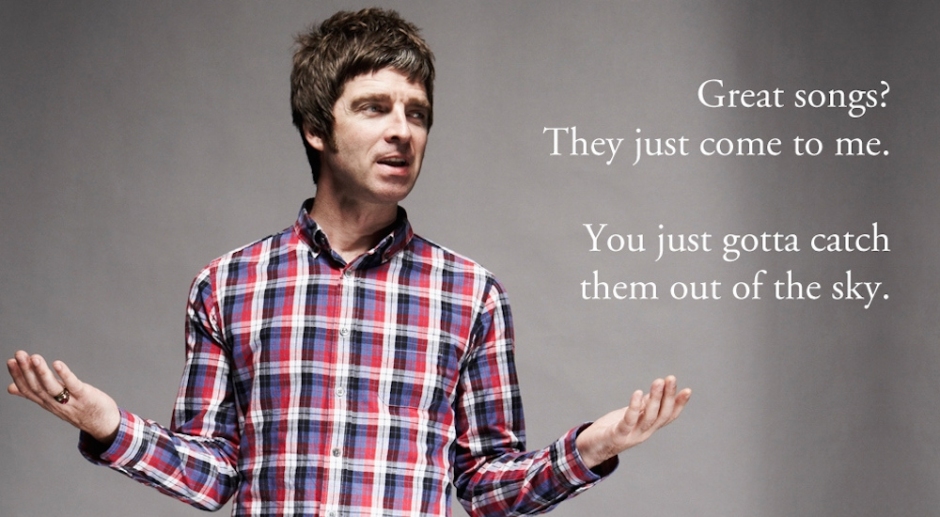 It's time to go quietly off into the night and let us get on with music.

It’s summer, and you are literally anywhere in the world. You go to the beach and the sun's setting. You go collect some sticks to build a fire. You build said fire. Some fuck rocks up with a guitar, he’s not a part of your friend’s crew, but he was on the beach none-the-less. The girls in your friend's group are all eyes on Canada (that’s his name, or where he's from, who cares). “Play us a song,” someone shouts. Cue – Wonderwall – the world’s number 1 campfire hit.

Your disgusting ranting of absolute bitter, jaded dribble is too much and I’ve had enough. You think you’ve contributed enough to music, more so than Thom Yorke from Radiohead amongst many others, and now you’re have the liberty to put yourself in the same league as the greatest musicians in the world and talk shit.

Thom Yorke is arguably one of the greatest songwriters of, let’s say ever. And you, yeah you have had your moments. Oasis had seven number one albums in the UK and two in Australia and may have sold more records than Arctic Monkeys and Radiohead but so have Katy Perry and PSY, and I don’t think it’s a secret that popularity doesn’t justify great contributions to music. Let’s not forget that your whole sound is the poor man’s Beatles anyway. You were working with a winning formula from the start – 0 points for originality though. With all that in mind though you want to take stabs at the world’s most highly-regarded bands because they are still worthwhile, still famous, still making money off tours, still together (more than we can say for Oasis)... No surprises there because you would be a cunt of a band member, if you as a person is anything to go by. It just blows my mind, that you also take a stab at the Arctic Monkeys, who are so much more rock'n'roll than that fucking high school style of songwriting you call Oasis. “I don’t believe that anybody feels the way I do about you now.” Okay is this your line or an excerpt from every 13 year old girls' diary from around the world. Here is the Arctic Monkeys being more rock and roll than you.

In your interview with Esquire UK you state, “I reckon if Thom Yorke fucking shit into a light bulb and started blowing it like an empty beer bottle it’d probably get 9 out of 10.” That’s very funny, probably true. But Thom Yorke shitting into a light bulb isn’t half as bad as what you did. You have taken multiple shits on an industry that literally gave you a life, you sit and whine and complain and take shots at people who are well respected like your opinion means something. Honestly if Jason Durelo came out and said "fuck Kendrick Lamar he’s a shit rapper", do you think anyone would care? Do you think Jason Durelo has that right? He doesn’t. Neither do you, you are the Jason Durelo of alternative 90s music, and you can get fucked.

Just remember that Wonderwall is your contribution to music which is basically now reserved for drunk sing-alongs and bogan weddings. “Technically, there’s better songwriters than I am. Guardian writers will tell you that. Have other people’s songs ever really touched a generation, though? Radiohead? When do people listen to them? Is it when they go out, or is it when they come in? Because I’m struggling to think,” you say. As you would know, since you listened to Radiohead while you were at Coachella, people listen to them while they are out, and while they are at home. I just want to remind you again, people only listen to you at campfires.

“Me and my missus, we were at the Coachella festival a couple of years ago and Radiohead were headlining. We were like, ‘Right, let’s give them one more chance. Let’s go and see them.’ Beautiful, sunny night. We walked out through the crowd as they came on, and they were playing this post-techno: ‘de-de de de.’ We were a bit pissed. Fucking great. And then he started singing. No. Not for us. We’re party people”. Are you? Can’t say I’ve ever partied to Champagne Supernova. I’ve seen people cry to it while they graduate from high school, and I sure as fuck haven’t partied to Don’t Look Back In Anger. I 100% have never cracked open a six pack and chucked on Wonderwall and dropped seven pingas and thought 'this is fucking sick'. What I have done though is sat around a fire on a beach and had some dickhead come up and play Wonderwall every time without fail.

“They’ve got the fucking skinny jeans and the boots, and all that eyeliner. I’ve got a cat that’s more rock‘n’roll than all of them put together. Pigeons? Rips their fucking heads off.” You’ve said this about the Arctic Monkeys and Royal Blood. That’s heaps funny because both of those bands have so much more rock'n'roll in them than Oasis ever had. It’s like you remember yourself in a different band or something. But it’s okay because I’m here to remind you, and really I get it, it’s always hard to follow your own advice, but my advice to you would be, just “don’t look back in anger” it’s making you look like a “right old cunt”.

“I go back to this: Fame is fucking wasted on these people. The new generation of rock stars, when have they ever said anything that made you laugh? When have they ever said anything you remember? People say, ‘They’re interesting.’ Interesting! That’s a word that’s crept in to music: ‘Yeah, man. Have you heard the new Skrillex record?’ ‘No.’ ‘Yeah, man. It’s really interesting.’ I don’t want interesting! Rock‘n’roll’s not about that,” you say. Do you even know who Skrillex is? Or what a rock star is? An electronic music producer isn’t a rock star. But I guess if you consider yourself to be a rock star I guess anyone can be, right? And yeah I couldn’t agree more mate – fame has been fucking wasted on a lot of people. You are one of them, Thom Yorke is not, Alex Turner is not, Royal blood are not. And all those listed “the new generation of rock stars” once again are closer to an older generation of rock'n'roll than Oasis has ever been, unless we’re considering Oasis as a Beatles cover band.

To be honest, I can kinda get on board with saying it can be hard to find truly interesting characters in modern music. They're definitely there, but then you go on to say, “To me, it’s about fucking utter gobshites just being fucking headcases. Well, not headcases. But what I want, genuinely, is somebody with a fucking drug habit, who’s not Pete Doherty. Do you know what I mean?” 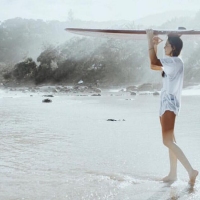 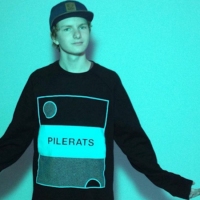 5 Things I've Learned at Pilerats with Austin (Our 15yo Work Experience Kid)Because we like to live dangerously.