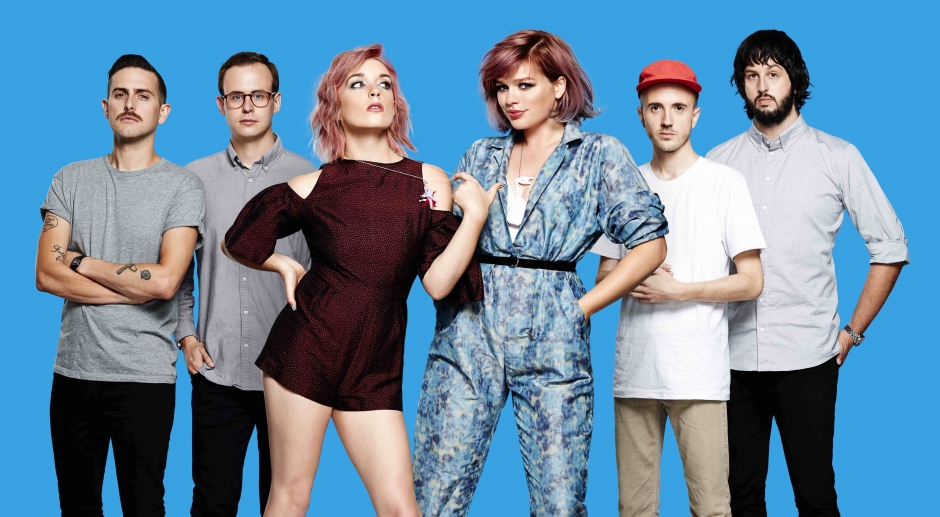 Yuck It Up With Alpine

Liam Apter meets Phoebe Baker and Lou James from Alpine to talk second albums and not being 20.

We're hosting a few series of parties with CIRCO and Jack Daniel's as part of their #JDFutureLegends project, kicking off August 7 with Alpine at Jack Rabbit Slim's. Click the poster below to go through to the event for more info, and below that read a feature with the charming frontladies of Alpine that we had in the lead-up to their album release earlier this year:

A visit to Kings Cross isn’t complete without a sighting of the iconic Coca-Cola billboard along the main thoroughfare of William Street. And just around the corner, while not as well known but equally if not more imposing is Universal Music Group’s (UMG) headquarters. And if you turn right, down the hill from UMG there sits Mushroom Records, the label of Melbourne sextet Alpine. Mushroom is tall where UMG is wide and sitting at the peak of their label’s HQ were Alpine. Flown into Sydney to talk about their new album Yuck prior to its release this Friday 12 June. 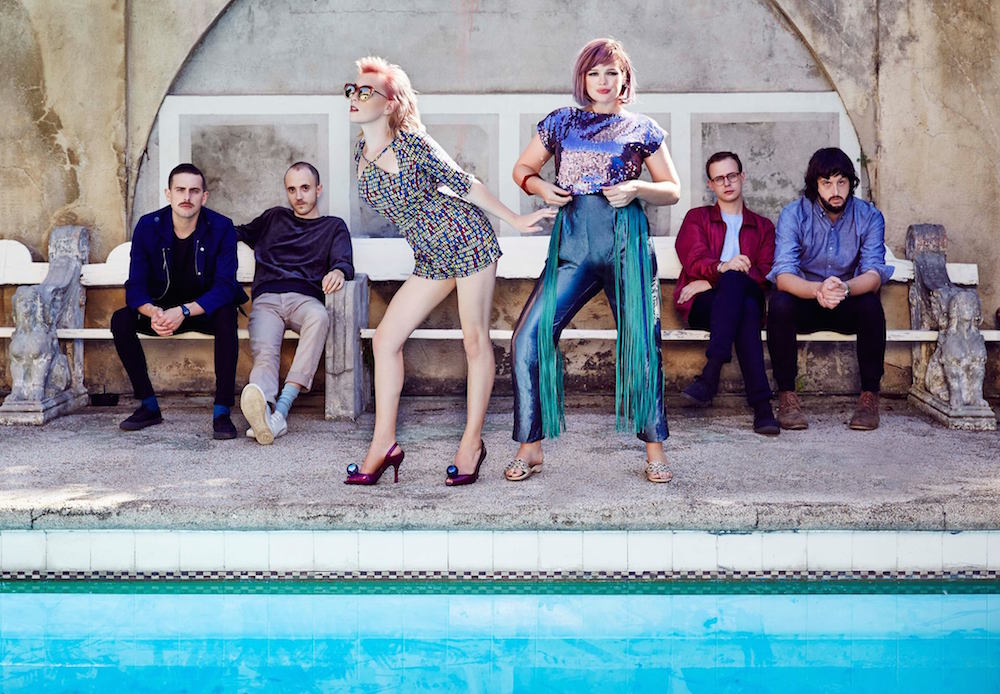 Co-vocalists Lou James and Phoebe Baker (who together with Christian O'Brien, Bryan Brown, Tim Royall and Phil Tucker make up Alpine) laugh and chat amongst themselves as they wait for the interview to start. They’re in a good mood. Especially at the mention of their recent single, Foolish. “There was an article on the lyric meanings for Foolish. The first line was 'They’re begging for men to come home and play sex!'” exclaims Baker, before they both fall into hysterics. “[Foolish] has more of an attitude to it…” Baker continues, before James adds, “Which I feel really represents where we are at right now… with Yuck it’s playful but it’s also a bit sassy. Which I feel represents us now. And the six of us touring makes you get to know each other super well. And we knew each other well but we really got to know each other in such confined spaces…”

Since releasing their debut album A is for Alpine in 2012 Alpine have toured throughout Australia playing festivals including like Groovin’ The Moo and Laneway, made their US TV debut, and been nominated for ARIAs. Baker sums up it up succinctly, “The smells, we know each other in a yuck way.”

Prior to the release of A is for Alpine Baker spoke about it being like the diary of a 26-year old; crammed with ideas on love, anxiety and sexual exploration. When Baker hears this now she bursts into a fit of laughter exclaiming, “DID I?!” Explaining it was from was 2011 Baker leans back and murmurs, “Awwww. Wow.” But where does Yuck stand amongst all this? “Aww just a continuation of that - more love, more sex, more anxiety,” Baker quips trying not to laugh. But then James cuts in: “This always comes across as clichéd in interviews but Phoebe and I both had stages of heartbreak last year,” before Baker chimes in, “The year before.” And without missing a beat James says, “Last year was the first time I really felt that raw, hard-core like UGH.”

James agrees, “Yes! Yuck! And I guess I feel this album was the first time I was able to express a really raw, deep, gutted feeling I had never felt before. I felt in the first album Phoebe was there but…” Baker swoops in, “Yeah I’ve had waaay more heartbreaks.” Cracking a sly grin.

And it’s the way they finish each other sentences and rib each other in a heartbeat after that speaks volumes of their characters; Baker’s extroverted, witty persona mixed in with James’ more introspective, measured views is so much fun to be around. The collision of these two individuals has been reflected far more clearly in Yuck than A is for Alpine, as James states: “I feel… it was me being honest where I was more tip-toeing across it last time. It was more yuck this time.” I touch on the sass that emanates from Foolish, asking if that is what Yuck means too. “Exactly, it’s like being this is what happened. UH!” Baker interjects, “It’s like moments of playfulness and seriousness.” Before James wraps it up, “I feel like we’re older and just a bit more like, ‘God, we’re nearly 30’, but not really.” Baker pipes up, “I don’t feel old.”

Performing live, how do they find it? Baker explains, “I’ve always struggled with the idea of image and posturing on stage. But also being you and being connected. Letting people see that you’re vulnerable but also being glam and dressing up is important to me.” James expresses similar thoughts on performing: “Having to perform…and expose yourself…is terrifying because…you might feel vulnerable but you have to do it.” But they both return to the importance of being co-vocalists. They’re never alone on stage.

And this awareness that they’re not alone has pushed their characters more to the surface as the band becomes closer. James and Baker both talk on about the greater sense of kinship has created a more collaborative album. Where James and Baker would do most of the writing now the whole band steps in on the act. Baker touches on the experience, “You want to find the balance… and where it surprises and pleases you. We’ve had a lot of fun with this album, we call it Yuck which is fun in itself…”

“Having to perform and expose yourself is terrifying because you might feel vulnerable but you have to do it.”

And what does this translate to on the album? Baker and James talk about two songs; first, the opening track titled Come On delves into “Moving forward and how looking after yourself is in your own hands. Which is a heavy realisation because you can choose not to do anything with your life really,” Baker states before explaining there is a shift from introspective to, “…‘Fuck it!’ It’s like look this is amazing, you’ve got a body, flesh and bone and you don’t understand what is going on. Life is pretty magical and beautiful.” Then, the closing song Need Not Be is  an experimental, fiery and enticing song that leaves you wondering where Alpine will go next. 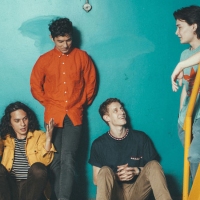 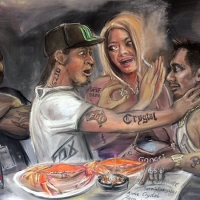 Off the back of their latest single Butter, the Sydney indie-rap trio embark on their biggest headline tour to date.