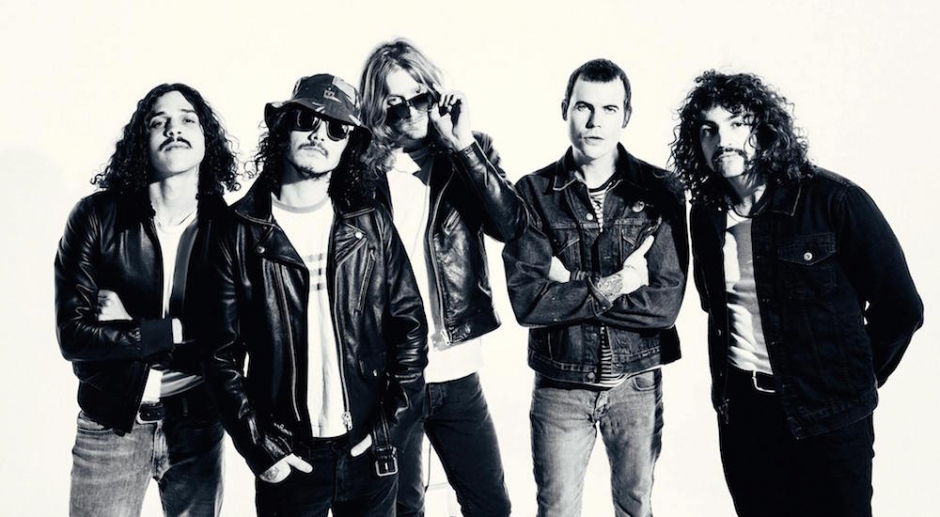 Sticky Fingers: The Men, The Myths, The Mayhem

We talk their new album and taking the mantle as Australia's modern-day Cold Chisel.

Posted By Liam Apter 3 years ago

A classic interview question to ask (especially when it's around a new release), is always: “So what does the album sound like?” Bands invariably shrug, the cocky ones say it’s ‘Like something you’ve never heard before’, or they'll just say something akin to 'like our old stuff but better', usually on account of having to have answered that question probably 15 times in a day of press.

Not Sticky Fingers. I'm speaking with guitarist Seamus Coyle and bassist Paddy Cornwall at the Union Hotel in Newtown, where Cornwall compares the band to a modern day Cold Chisel. Coyle, myself and their publicist all pause and look at Cornwall. I ask tentatively, “So Sticky Fingers are the modern Cold Chisel?” Paddy replies back nonchalantly, “Yeah.”

I’m speaking with the band ahead of the release of their third album, Westway (The Glitter & The Slums), which is out today (Friday 30 September).

They’ve outlived the hype, they sell out shows without even announcing them and have a beloved, if slightly wild fanbase. It’s a positions many acts would envy, so in many ways this reference to Cold Chisel goes beyond sonic concepts. Sticky Fingers have definitely elevated out of that mid-tier Aussie band status, and are on the cusp of something bigger (if their appearance at every major Aussie festival over the past 18 months is anything to go by).

They’ve built an intense passion amongst their fans, but are the group ready?

Sticky Fingers definitely seem aware of it; our conversation focuses on the legacy bands have left throughout the decades like INXS in the 80s, Midnight Oil in the 90s, Jet and The Vines in the 2000s. Cornwall remembers fondly, “One of the big inspirations for being in a garage band was when The Vines were on the cover of American Rolling Stone with the headline, ‘Rock is back!’” We don't talk about who that band is for the 2010s - obviously Tame Impala have the spotlight but Sticky Fingers want it too.

But 2016 isn’t the 1980s, the world isn’t filled with just dudes in four-piece bands and pop starlets. Sticky Fingers need to fight to keep on rising and in turn fuel the myths that swirl around them into something larger, something to make them timeless... legendary, even.

In 1976 the Clash emerged out of London and would go on to become one of the defining punk-rock acts in the history of modern music. They claimed to have formed around Westway, an elevated highway in West London, but the truth is far from the perception they created. Joe Strummer was the son of a diplomat who lived a middle-class life, but as they say never let the truth get in the way of a good yarn, and so the the band’s working-class origins became part of their mythos.

Sticky Fingers in much the same way have claimed Sydney's inner west as their homeland, appropriating what is commonly recognised as the creative hub of Sydney. The links with The Clash don’t stop there, their latest album is named after The Clash documentary, Westway To The World, which highlighted how Westway was viewed as a way for The Clash to escape where they’ve come from and head out into the world. Sticky Fingers' closest georgraphic comparison to this would be Parramatta Road, the one that takes you into the heart of the city.

Sticky Fingers' links to The Clash extend sonically as well, with dub and reggae being a big part of The Clash's sound in their later years, most notably the album Sandinista. Any casual listener of Sticky Fingers can note the dub and reggae influence on Sticky Fingers, but as Cornwall explains, “We didn’t want to be part of a scene that grows dreadlocks, smashes bongos and sings about Babylon because we have nothing to do with that.”

Until they discovered Sandinista. Which in a way intertwines The Clash's and Sticky Fingers' mythos full-circle; one is the legend of a bunch of punk-rock misfits ready to take on the world, and Sticky Fingers likewise are growing up and into a politically-charged outfit ready to take that main road out of Sydney's western suburbs and see where it goes.

One By One, the first song on the record, is packed with an incredibly clean, soaring anthem that immediately sets the scene. Here’s a band ready to be remembered and with the songs to help them on their way. Angel sounds like a modern lyrical re-interpretation of Beds Are Burning wrapped in a Joshua Tree-era U2 cocoon. The increasingly politically-minded Remi features on Something Strange and slides in pretty easily amidst the dub vibes.

However, the stand out song is Flight 101 with the lyrics, "I used to be scared of flying but now I want to", which is perhaps a subtle reference to their own 2013 single, How To Fly, a song that now pales in comparison to the dense, twisting sounds of Flight 101. Even back in 2013 you can hear Sticky Fingers trying to build that myth as lead singer Dylan Frost shouts on How To Fly, "Sticky Fingers, don’t forget the name".

This pride in who they are stems from their independent roots. When I ask the band why they’re still independent Coyle flips the question back at me, “Why give away what yours to some other prick?” This self-control has made Sticky Fingers identifiable in a sea of rock bands. But it wasn’t always this way, Cornwall explains: “Record labels didn’t want to touch us because they felt like they couldn’t market it. It also took us along time to get on radio and we got on there because we were touring so much and creating our own fanbase so eventually it reached a tipping point where we had to be played."

Not unlike the famously hardworking band Sticky Fingers likened themselves to early on.

Like any myth there comes the stories people will always remember. This album was recorded in Thailand, not the first place you’d think of to cook up a new record, but as Cornwall jokes, it was “As opposed to the Happy Mondays who went to Barbados, we actually came back with something flaming hot,” a reference to the time the Happy Mondays went to caribbean islands to record an album and instead spent all their money on drugs. Based on Cornwall’s response I assume it was a good experience and ask if they’ll head back.

"No I don’t have any desire to go back, you know the studio was called Karma Studios in this place called Bang Saray. The fact that it was called Karma Studios, it’s a pretty ominous name,” Cornwall states, citing a few hairy situations the group found themselves in whilst there. These include, but aren't limited to, the time he got addicted to Valium after he had a quarter-life crisis and shaved his head. Or Coyle’s experience with nearly dying after riding a golf buggy down a steep hill and losing control.

These, along with some probably more fit for stories over a couple of frothies at the pub then down in print, all add to the Sticky Fingers' myth.

Whether that myth becomes legend remains to be seen, but Westway... is a solid next step.

Sticky Fingers' new album Westway (The Glitter & The Slums) is out now. Their album tour kicks off late October (info/tickets HERE), and they play Southbound and Beyond The Valley festivals later this year. 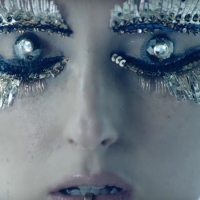 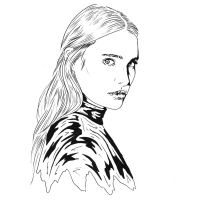 By Jack Cain
Get To Know