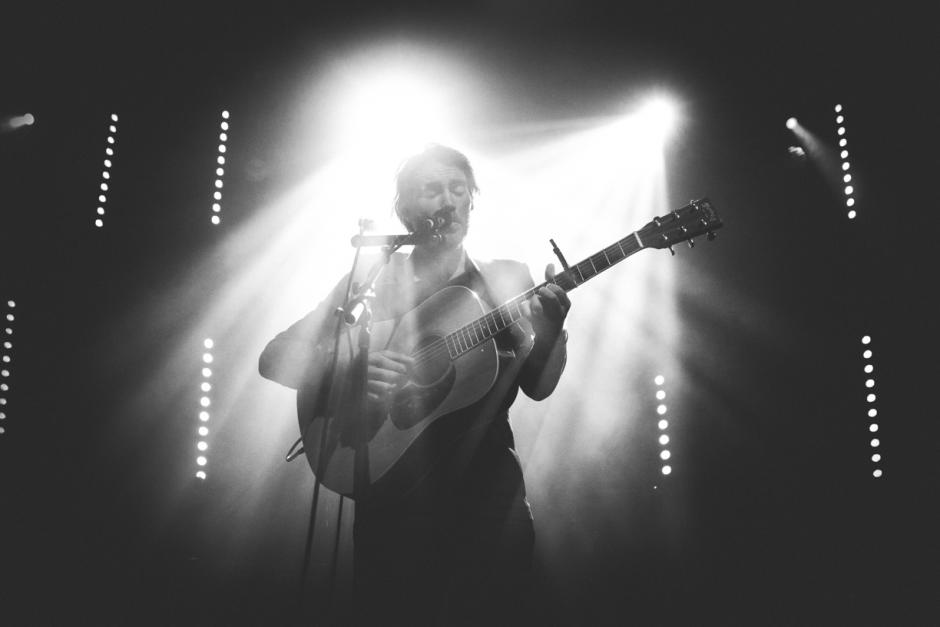 A conversation with the Brisbane music and lifestyle photographer.

Today everyone is a photographer. But iPhone’s aside, and damn cheap SLR’s too, taking a half-decent photo still requires a bit of luck, and a whole lot of skill. It ain’t easy. Worse still are those who dedicate themselves to the shifting (often miserable) light and strict three song limit of shooting live music.

Aimee Catt is one such individual. While music is her staple she shoots pretty much anything. In person she may be reserved, but she lets her images do the talking: combining photographic skill and artistic flair. After a few months of hassling her via text message and email she finally returned my questions. Here’s a glimpse into what makes her tick. 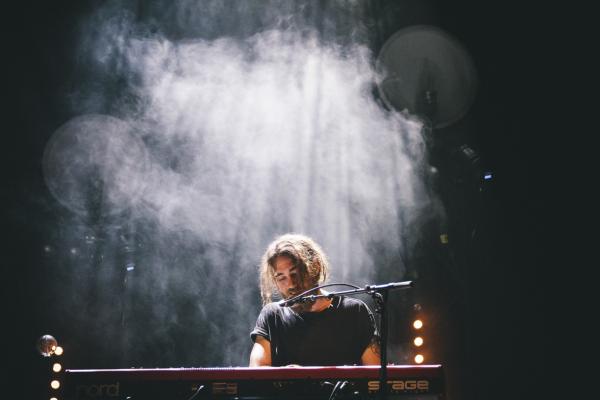 How did you get into photography?

I’ve been taking photos for a long time and have always liked remembering things with photos. I was that really annoying girl all through school that would shove a camera in your face at every social event. I always knew I was into photography but took a while to really get creative with it. I started taking photos with a crappy ‘point and shoot’ at my brother’s gigs a few years ago. Discovering gig photography was the greatest thing in all the land. So I got a DSLR and become more serious about it, being creative rather than just remembering times I drank too much with people I thought were cool. I still just like doing it to remember things in a creative way, and I’m still the annoying girl with the camera.

As above and as below – I get inspired by real life. Real moments in real places. The world is a wonderful place and if I look at it properly there are so many things I want to take photos of. I really put that into my work.

If I get stuck over photo shoots I sometimes draw inspiration by flicking through magazines, the Internet and my favourite photographers, but that’s more of a “wow I suck, I want to be better” kind of thing.

What's your favourite thing to shoot?

I know it sounds really lame, but I just like capturing special moments. Other than just having a film camera in cool places with my friends, live music is probably my absolute favourite thing to shoot. I love it. It’s always different, the artists are always (hopefully) expressive, and you can manipulate it to become another piece of art.

I also love photographing people in love because it’s just so damn sweet and their smiles are genuine. Whatever I shoot, I love doing candids and showing people being natural. I don’t enjoy being like “Hey guys, smile!”, because I’m socially retarded and the photo is fake. 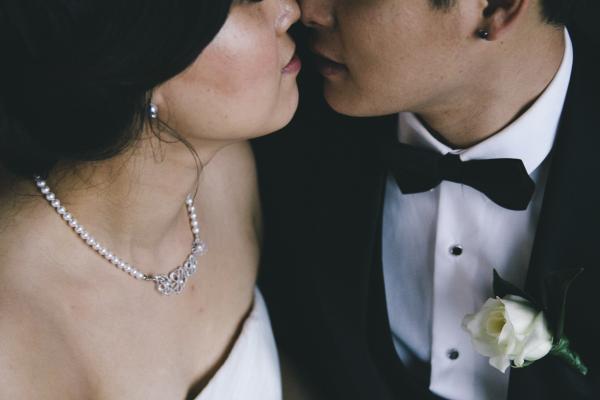 The most unique wedding I photographed included the pet dogs as the bridal party and the reception included a reptile presentation. It was definitely different and unexpected, but I loved it and stayed two hours longer than I was meant to; holding, feeding and crying over bulk baby marsupials.

I also photographed a parade at the end of the Mayan calendar. A bunch of hippies paraded around Brisbane to promote the end of a corrupt world and drew hearts on government buildings and preached into a speaker on wheels. I did not expect it to be what it was; the idea was nice but it was a very strange thing to be a part of.

That’s all I can think of, I sadly don’t have anything super super weird that comes to mind.  No Alice Cooper/Marilyn Manson type stage antics. But I have photographed Luke Steele and The Polyphonic Spree… they’re weird.

Your images have a sort of "filmic" aesthetic, could you describe this and what led you to this?

I prefer film. I find it is more natural, raw and more aesthetically pleasing. I shot on film a bit before I studied photography. The college I went to was at least 70% taught on film, and apparently I developed a very ‘moody’ style in the darkroom and that has carried on to my digital photography.

I don’t really like straight-out-of-camera digital photos. No offence to those who shoot like that, I just feel images have more potential. I used to spend forever editing, trying to achieve a film aesthetic with stupid Photoshop actions that never worked how I wanted it to. And then I found the program I use now and it changed my life.

Could you describe your process: from shooting to final upload?

-       Get way too snap happy at whatever I’m photographing

-       Spend way too long sorting through them

-       Think “Why oh why do I suck at colour!?!?” and have this internal battle about my overuse of black and white (generally just about music photography)

-       Have to refine my edited selection, and chose one of the million edits per photo that also takes me way too long

-       Upload something to Facebook and Instagram and wait for likes and love – taking it as reassurance that I’m okay.

I recommend anyone that wants to be a photographer doesn’t take such a lengthy approach. 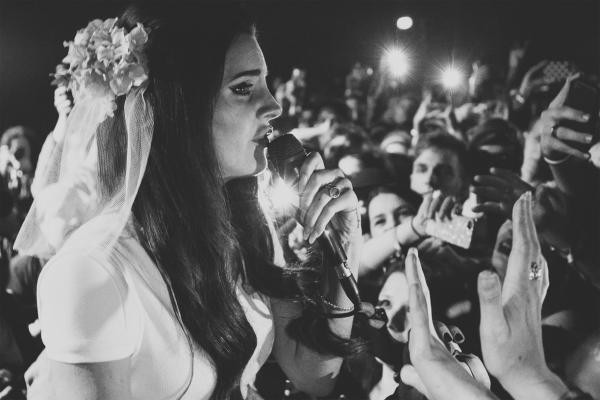 What are the tools of your trade?

I also sometimes use my Canon AE-1 (film SLR) with a 50mm 1.8. Then I have 30 other film cameras which I alternate for personal use. I edit on my beautiful iMac and use presets in Lightroom.

I intend on upgrading my equipment next year; super-duper rich professionals.

Enhancements in digital camera technology have seen a rise in people taking up photography. How hard is it to get noticed as a photographer, and what do you need to do to set yourself apart?

It’s pretty tough. We’re everywhere! Enhancements in camera technology means everyone can access a camera and can take a sharp photo that’s not necessarily good or creative. I don’t mean to crush dreams, but it is also crushing when photography as an art form gets shat on. I get a bit jealous.

Enhancements in technology also means that everyone has a camera in their pocket at all times so it can be hard to be recognised as THE photographer. There’s always iPhone screens in my shots at weddings, or you have a lot of people looking into my lens and one person looking off to the iPhone to my side. It's very annoying, and it also obstructs the bride and groom’s view of each other down the aisle or the intimate first dance.

It’s hard to be recognised as a photographer and set yourself apart from people who just have good equipment/all the gear and no idea. A lot of people don’t understand that a point of difference is important and so you really have to be good at selling yourself. I feel I’m pretty humble and it’s hard to say “HEY YO, HIRE ME BECAUSE I’M THE BEST” when I don’t feel I am. I’d rather my images spoke for themselves. So I just put my work out there a lot and hope it comes back in a good way and it usually works. There are times when business is slow when I have to do really cheap deals. But yeah, being good at marketing would really help.

How much of an impact has social media had on building your career/business?

The biggest of impacts. It would be hard to be successful without Facebook. Pretty much all of my jobs come from word-of-mouth through it, rather than my website. I have to be annoying and spam the hell out of stuff sometimes, but a girl has to be noticed somehow and generally it pays off.

Sharing and liking has really got me places. For example if I take photos of a band I can share it on their page, and if they share my photo, I die from excitement (and then get a bigger following and more contacts). 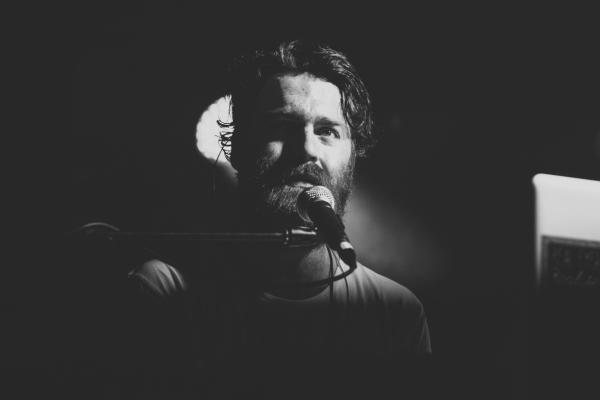 If you weren't taking photos, what would you be doing?

Whinging about how I’m doing something I don’t want to be doing. I honestly can’t think of anything else I would like to do. I’m super lucky to be so young and have my hobby as my full-time job. If I wasn’t doing this… maybe I would have found something else I’d enjoy or have really good organisation skills but I reckon I’d either be failing something at uni or working a retail job I hate.

What's next for Aimee Catt?

I’m going to live with my boyfriend in the UK for three months at the end of this year. I’d really like to get some experience over there and become an ‘International Photographer’ (and keep doing what I love). I’d like to travel my way and have adventures with my cameras.

I am offering photo shoots in exchange for a bus ticket and a meal (so if you know anyone, please tell them to give me a holler). I’ll be back in Australia next March where I hope to get some pigment, upgrade my equipment, shoot cool weddings and work for big people in the music industry. I like what I’m doing now and just hope it keeps getting bigger and better. 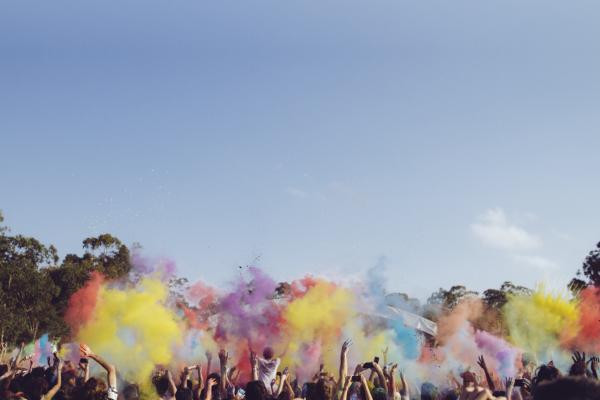 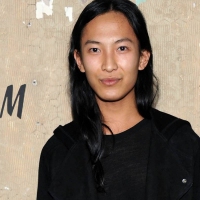 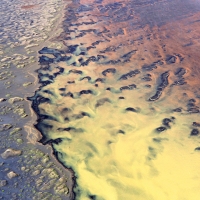 Focus: Jarrad Seng 'Alltervatn'Photographer Jarrad Seng chats about the challenges of being true to his artistic principles
Photo

A Muse Is A Muse by Lauren Pisano

A series of self-portraits that are anchored in the concept that a single “decisive moment” can capture the soul.

Another intimate series from one of our new favourites Timothy Casten.

This via Perry McLaughlan and model Christy Crafford...

The third instalment in the 70s-inspired series shot by photographer Analeigh Brown.