In the words of Nicholas Allbrook himself, "James Spinks made a video for me. I love it so much I want to shit in my hat and go to the courts and officially change my name to Doctor Shit-Hat. It is the visual equivalent of everything I try to do with musicband." For those who don't quite vibe with what Allbrook is trying to say it's basically a race between a Dog, a Peacock and a Giraffe who are all on hover boards. And they're all covered in fluorescent paint of all varying colours. For a nice touch, all the buildings share the same colours as the racing animals. As time goes on the Dog suddenly gains a pair of psychedelic styled speed dealer shades. Said Dog then hits a huge ramp, does a backflip, loses his fresh shades, goes past a spaceship, the moon and then realises, 'Oh shit. I'm falling.' How this links with being in a band is beyond us but as a cut of psych-jam with some out of this world vocals anything is possible. The man is also supporting Ariel Pink when he is on tour early next year, check below for details: 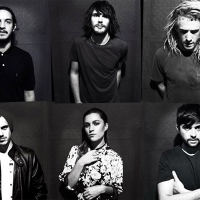 New: Lurch & Chief - Keep It Together + TourWith a shadowy single out, Lurch & Chief have announced a tour and it's the perfect time to see their best work yet. 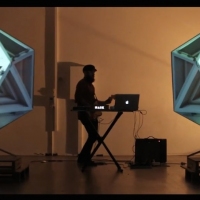