It’s been a exciting week for diehard Richard D. James AKA Aphex Twin fans, with a surprise announcement of his 2014 return in the form of a giant blimp flown over London. For those who recognise the name but know little about Aphex Twin, have a little read HERE to familiarise yourself with this hugely influential and mysterious musician.

Earlier this year, an extremely rare test-pressing vinyl of Aphex Twin’s unreleased 1994 album Caustic Window surfaced on eBay and Discogs. Rephlex Records ran a kickstarter campaign aiming to raise $9,300, and the idea was for fans to pitch in money to gain access to a digital version of this unreleased album. By the end of the campaign, over $67,000 was pledged to release the album, and 4115 happy fans were sent this album for $16 each. And to make it even better, the physical copy of the vinyl was sold to the creator of video game Minecraft, for $46,300:

This week Aphex Twin announced that he will be releasing an album titled SYRO, which will be his first Aphex Twin LP since 2001’s Drukqs. A URL was tweeted from Aphex Twin’s twitter account earlier on in the week, containing album details which can only be read through the deep web browser Tor, used for the internet’s more clandestine pursuits. For now, we will be eagerly awaiting more news on the SYRO release.

For now, let's get nostalgic: 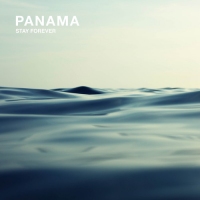 Friday Freebie: Panama - Stay ForeverPanama's dreamy new single can be yours for free. 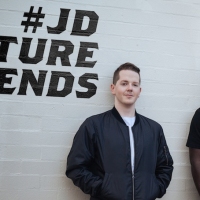 #JDFutureLegends: Sable feat. Kele - The OneIt's finally out - and free to download, with a video clip to boot.
Shit we've done