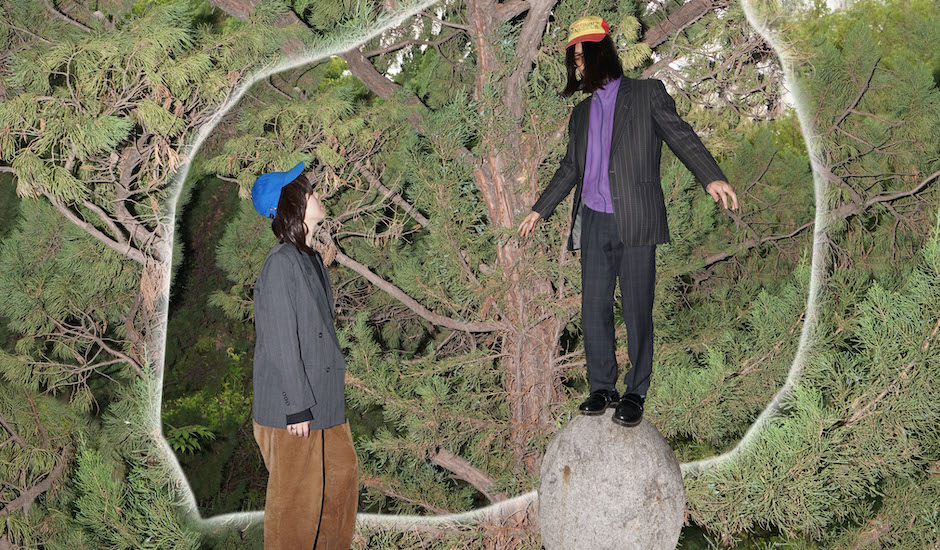 It feels like something that's been slowly happening for a while now, but 2020 seems like the year in which South Korea's music space truly begins its takeover in the western world. For the longest time, acts such as the year-dominating BTS and BLACKPINK have been referred to as cult-favourites, with people - gullible people, to be exact - discounting their success to fan cultures, or the same teenage frenzies that defined acts like One Direction. Actually though, it couldn't be different - and people are starting to wake up.

There's a full, thriving music culture that's finally - and deservingly - getting their opportunity in the spotlight; the evolution and western commercial growth of those aforementioned K-Pop heavyweights introducing the general population to other facets of the Korean music world, long beyond the confinements of pop music. As a result, we're finding more and more brilliant new acts that would - and will, more than likely - stand tall amongst our own scene, and amongst them all is Wedance (위댄스), a duo very quickly having their moment.

Wedance are a duo that specialises in this gritty, rough-around-the-edges-in-the-best-of-way brand of indie-electronica; one that nestles itself amongst the early-2010s explosion of groups like MGMT but with their own distinct touch added on top, one that makes the duo sound like nothing we've ever heard before. Take Dance Pop, their recent-arriving latest album that welcomed an 11-track introduction to the group for those that haven't encountered them before (which, considering their DIY-esque, word-of-mouth spread, probably is a lot of us).

Ironism is a song that encapsulates the album at its best, descending into the madness of Wedance as they merge together distorted electric guitar with foundations that move between pop, indie and electronica; the song very much being a stand-out from the record's more slick, electronic focus with its roughness and energy, largely brought by that emphasised rock grit.

Later this year, the group were meant to come to Australia for an introductory tour including BIGSOUND, however, we all know how the story pans out, and things had to be changed. Instead, they're doing a digital tour over the next month or so; the Danceparty at Your Fingertips Digital Tour of Australia taking the pairing for a tour of-kinds, including online live streams for BIGSOUND, Isol-Aid and The Tivoli's Open Session Program, supporting Jaguar Jonze later in the year.

In the meantime, we're premiering the music video for Ironism. Directed by David Cardonal, it's a black-and-white clip that centres itself around Wedance's energy in the live space, cut in between scenes with trampoline jumping. There's also a translated quote accompanying the release, saying: "Seeing people behave in a certain way creates a desire in others to do the same. If you see a nice item you have the desire to have it and there is a flood of propaganda to make you want to possess things. There is a need for visuals that make people want to do things, rather than to simly process things."

You can introduce yourself to the duo and take a dive into the video below alongside those aforementioned digital tour dates - if you've got the time free, definitely check it out, their live show is meant to be one to watch.

WEVO: We are a living band from Seoul, South Korea. We are called Wedance.

WEVO: We are a two-piece garage band. We bring you cheerful, heart-throbbing energy. Sometimes it is bold and dangerous. Open your eyes wide and confront your feelings of loneliness or sadness.

WEGUI: The theme of our music is our lives and our relationships with people and things we encounter in our lives.

WEVO: Recently, we have tried to separate our roles in the writing process. It's not something that we usually do, but we wanted to try something a little different to mix up the process. The most ideal way to make a song is to not separate everything and do each part one by one, but to try everything as you go along. Where do the lyrics come from? I'm the one who's going to write them, but we always make the decisions around that together. For me, that initial decision-making process is always the most important part.

WEGUI: It is always different each time. Sometimes a song might begin just from a simple conversion or from something Wevo has written down in her notepad. Other times a song could be triggered by an image drawn by myself.  After that, once the process starts it is a whirlwind or creation until the final song materialises.

Can you tell us a bit about this new song, Ironism?

WEGUI: Imagine a poet walking down the street he says, "these ironies won't leave me alone" in a quiet voice. This is the start of the song. The ironies of daily life are the poet's beauty and the surprises that make her heartbeat.

WEVO: Each day is full of surprising ironies. If you are not curious about these ironies, then at some point you have become someone who only sees the things you want to see in life.

We heard you were meant to be coming to Australia about now, but instead, you’re doing a digital tour. Can you tell us a bit about what you have planned, and what we should expect?

WEVO: Yes, we were planning to come to Australia for a tour this summer, but sadly because of COVID-19 that all fell through. It is a shame, we were really looking forward to coming back and exploring more of the country. We did not want to spend the whole summer doing nothing so we were really excited when the opportunity to do some digital shows came up.

WEGUI: We will be appearing digitally at Big Sound festival on Wednesday 21st October (AEST) and as an opening guest for Jaguar Jonze as part of the Open Session Program at The Tivoli on November 20th. For both of those shows, we have recorded a live video at a farm just outside Seoul. You can see us playing in a small sinkhole and a greenhouse. We will also be doing a live stream performance for ISOL-AID festival on the 31st October as part of a Focus Asia showcase. We are playing with some really cool bands.

WEGUI: To make more cool music! Hopefully, we will have new stuff for you to listen to next year.

WEVO: We are also hoping to do a tour in Korea to celebrate the upcoming vinyl release. But it depends on how the COIVD-19 situation develops.

WEVO: My thoughts about music have recently become more pure and childish again. It is a bit complicated and mysterious, so I will try to explain it simply. It is like the sunlight shining on the water. When the jewel-like sparkling waves are talking to you it is impossible for you not to be carried away, floating on the mysterious waves. Don't be anxious if your heart is dried up like a dry leaf today. We will continue to discover the beauty of the world and let you hear it through our music so that the mind may waver for a moment.

WEVO: Until recently, most of our music has only been available at our concerts. We handmade many EPs and sold them only at shows. Our most recent album is available digitally. It should be available on all your favourite platforms. We have some new music videos on Youtube as well.

WEGUI: A lot of our music is not available digitally, but you can see lots of our live shows on Youtube. You can search for us 위댄스 (wedance). Our Youtube channel is here. 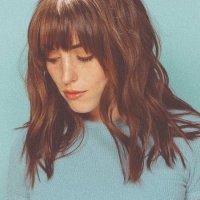 Sasha Sloan, and the powerful beauty of her debut album, Only ChildOn her debut album, one of music's most brilliant and in-demand songwriters finds her time in the spotlight, and what a moment it is. 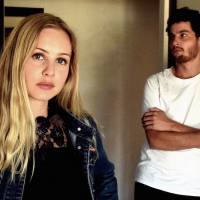 Premiere: The Money War celebrate new life with the video to Beautiful YouThe Perth-based duo just welcomed their first child, and they will also bring a new album into the world on November 20th.
Bands