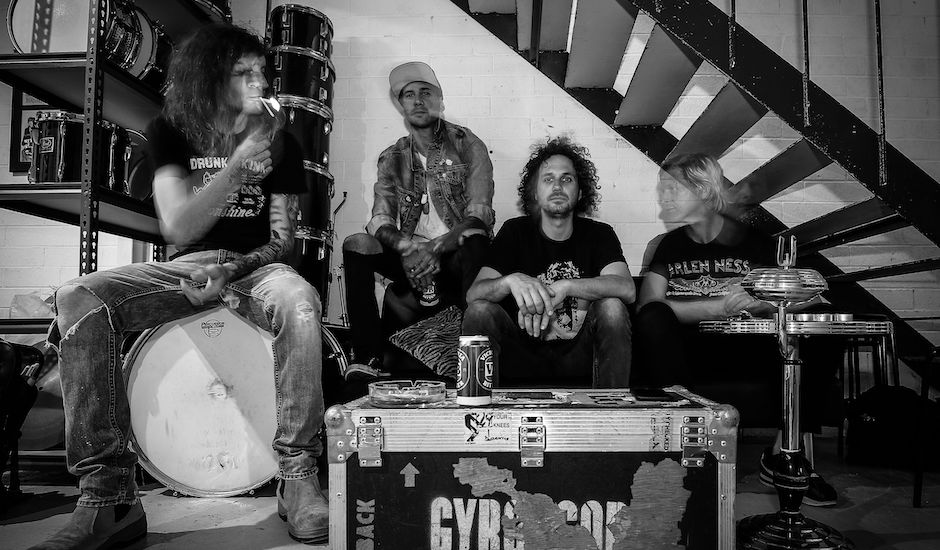 Gyroscope are a band that need no introduction. Since putting in the hard yards across Perth's late-90s live music scene, the band have evolved to become one of the country's most celebrated rock acts - and one of Perth's defining artists full-stop - with a lengthy list of acclaim and accolades which span ARIA #1 debuts to numerous Hottest 100 entries, while now, some 20-something years following their formation, they're still able to sell-out shows at the drop of a hat, and still get added to national festival runs like Groovin The Moo.

On the recorded front, their last release was a double A-side single back in 2017, Crooked Thought / DABS, which proved that despite it being 20 years since their formation, Gyroscope are still able to convey a sound which feels like the future of the band, linking their distinct sound of the past with new energies and new flavours. Now, however, in an EP titled 4YRLV - pronounced 'for your love' - they're taking this to the next level, with three songs that showcase that signature Gyroscope charm and the many forms it's able to take.

The first track, the EP's title track, is a grunge-y, 90s-reminiscent alt-rock tune that launches into its franticness from the second it begins; rushing guitar riffs and charged, cut-throat vocal encouraging a four-minute push of intensity which never really pulls back to allow you to breathe. Then, there's I Am The Night, which uses jangly guitar rhythms to inject an almost surfier sound into their distinct alt-rock edge, while Bloodstreams - the third track - imitates the first with its straight-out-the-gate energy, this time moulded into something a little more punk-y.

Together, they envision a future for Gyroscope which still sounds like Gyroscope, but is able to take on new forms - a timely reminder, considering that this release and a forthcoming tour to be announced shortly will be their last with their original drummer, Rob Nassif. "We have done it all together, as a band of brothers. Not just in music, but in life. The four of us have been a band longer than we haven't; so, it is sad. But the fact that we are still best mates after it all is a true testament to this band and all that it stands for," says the band in a statement. "We still have some unfinished business, and will continue without the great man sitting behind us watching our backs. Rob, we wish you everything for your next chapter and say thank you for your legacy."

Continuing, Nassif reaffirms the memories made during his time with Gyroscope, as he shares a statement of his own. "Saying goodbye to this wonderful band was never going to be easy," he says. "The fact I get to lap this country one last time to play for you all will be very special. Thanks to all the fans who's love of our band has enriched my life in so many ways. I am eternally grateful to Zok, Brad and Dan for their hard work, talent and passion for chasing down our musical dreams. Quite simply, playing in Gyroscope has been one of the highlights of my life and I will treasure the memories we've created. Living overseas the past few years has made creating new music challenging and I am happy that the boys will be continuing on, no doubt writing some brilliant new songs."

Dive into the EP ahead of its release tomorrow, and stay tuned for a live tour to be announced very shortly. 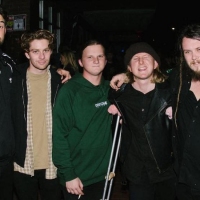 Premiere: Meet Archy Punker, who aren't slowing down with Forget About ItThe Wollongong surf-rock band are the latest to prove the region's domination in the genre. 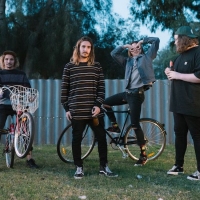